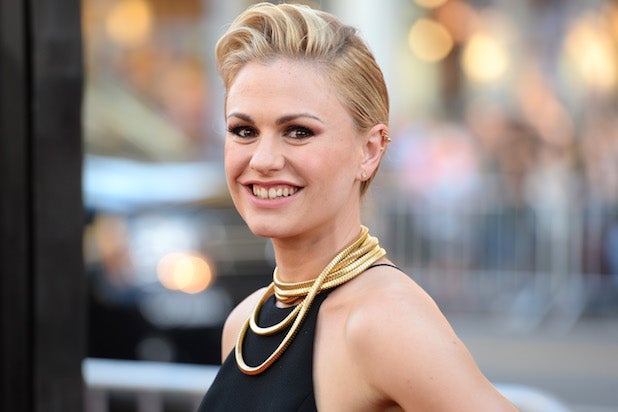 Anna Paquin has joined the cast of “American Underdog: The Kurt Warner Story,” the biopic about the all-star NFL quarterback that will star Zachary Levi.

Paquin in the film will play Warner’s wife Brenda Warner.

Lionsgate is releasing “American Underdog,” the next film under the Kingdom Story Company banner and from directors Jon Erwin and Andrew Erwin.

The drama is a biopic and sports film about the life of Kurt Warner and how he went from humble roots stocking supermarket shelves to becoming a Super Bowl MVP and Hall of Famer. David Aaron Cohen (“Friday Night Lights”) wrote the screenplay with Jon Gun and Jon Erwin, and the screenplay is based on interviews with Warner and his own memoir, “All Things Possible: My Story of Faith, Football and the First Miracle Season.”

The Erwin brothers and Kevin Downes are producing for Kingdom Story, as will Mark Ciardi, known for producing sports films such as “The Rookie,” “Miracle” and “Secretariat.” The real Kurt and Brenda Warner will also co-produce.

Jim Miller and Chelsea Kujawa are overseeing the film for Lionsgate. Phil Strina oversaw the negotiation on behalf of the studio.

Anna Paquin is an Oscar winner for her work when she was just 11 in Jane Campion’s “The Piano.” She was recently seen in Martin Scorsese’s “The Irishman” and Showtime’s “The Affair.” She’ll next be seen in “Flack” for Amazon, which she also executive produces.

Paquin is represented by Brillstein Entertainment and Sloane, Offer, Weber and Dern. She recently signed with the Gersh Agency.