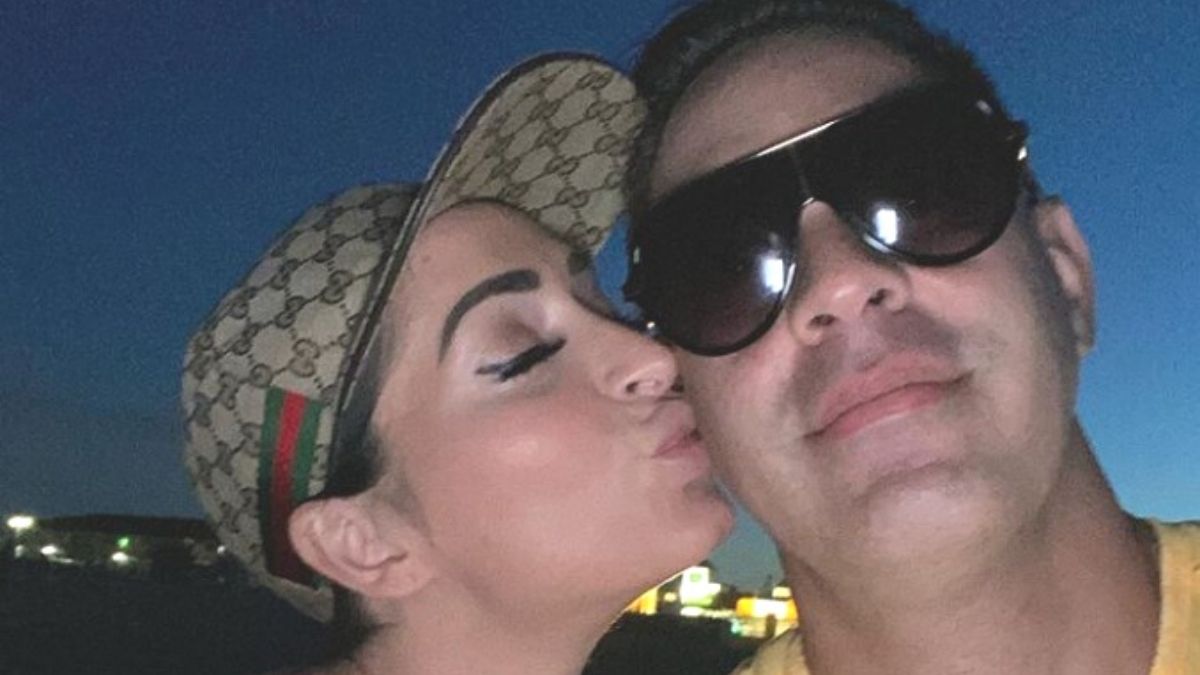 Jersey Shore’s Angelina Pivarnick denied rumors that she has split from her husband, Chris Larangeira. They have been married for about 10 months.

Rumors have been flying that they already split up. However, Angelina recently changed her last name to his on Twitter and said the rumors are not true.

Angelina has been known to fight back against “fake news.” She has shared screenshots of articles that say she and Chris have split up and laughed at them.

Angelina replied and said it was “fake news.”

Some websites ran with a photo and caption that Angelina posted. She posted a photo of her cat with the caption, “all I need in life,” which caused some fans to question the relationship.

They insulted Angelina, saying it was all a joke. However, Angelina didn’t find the toast funny and stormed out of the reception.

She is trying to make up with Jersey Shore cast members

Happy Birthday to my Husband my Rock my Best friend. I love you and I can’t wait to make more memories with you forever. #myrock #strongertogether #strongerthanever #loveyou #birthdayboy ❤️❤️😍👰🏻🤵🏻💒. #

Happy Birthday to my Husband my Rock my Best friend. I love you and I can’t wait to make more memories with you forever. #myrock #strongertogether #strongerthanever #loveyou #birthdayboy ❤️❤️😍👰🏻🤵🏻💒. #

Their feud kept going when it aired in July. Angelina said she has basically made up with Deena and Nicole but is still at odds with Jenni.

She shared on Twitter, “I texted all of them, and I spoke to them. Deena and [I] had a nice convo. Nicole I’ve texted and we spoke. Jenni I texted, ‘I wanna move past this,’ and she wrote me a novel about how I tried to sabotage her brand, etc. Not saying sorry at all.”

She appears to be in a good place with the boys because she has been promoting Vinny and Paulie’s new show Double Shot At Love recently.

We hope that the Jersey Shore cast members make up soon. We are glad to hear that Angelina and Chris are still going strong!

Jersey Shore Family vacation is currently on hiatus on MTV.