NBC dominated Tuesday in primetime with America’s Got Talent winning the night, holding steady with a 0.7 in the adults 18-49 demographic and 5.78 million viewers. The medical drama Transplant (0.4, 3.69M) also contributed to the broadcaster’s showing, and was on par with its stateside debut last week.

Love Island (0.3, 1.73M) continues to stay on course in its summer run at CBS. The reality dating competition matched its Monday episode in the demo, though it dipped a tenth from last week’s Tuesday airing. CBS last night also aired reruns of NCIS and FBI: Most Wanted. 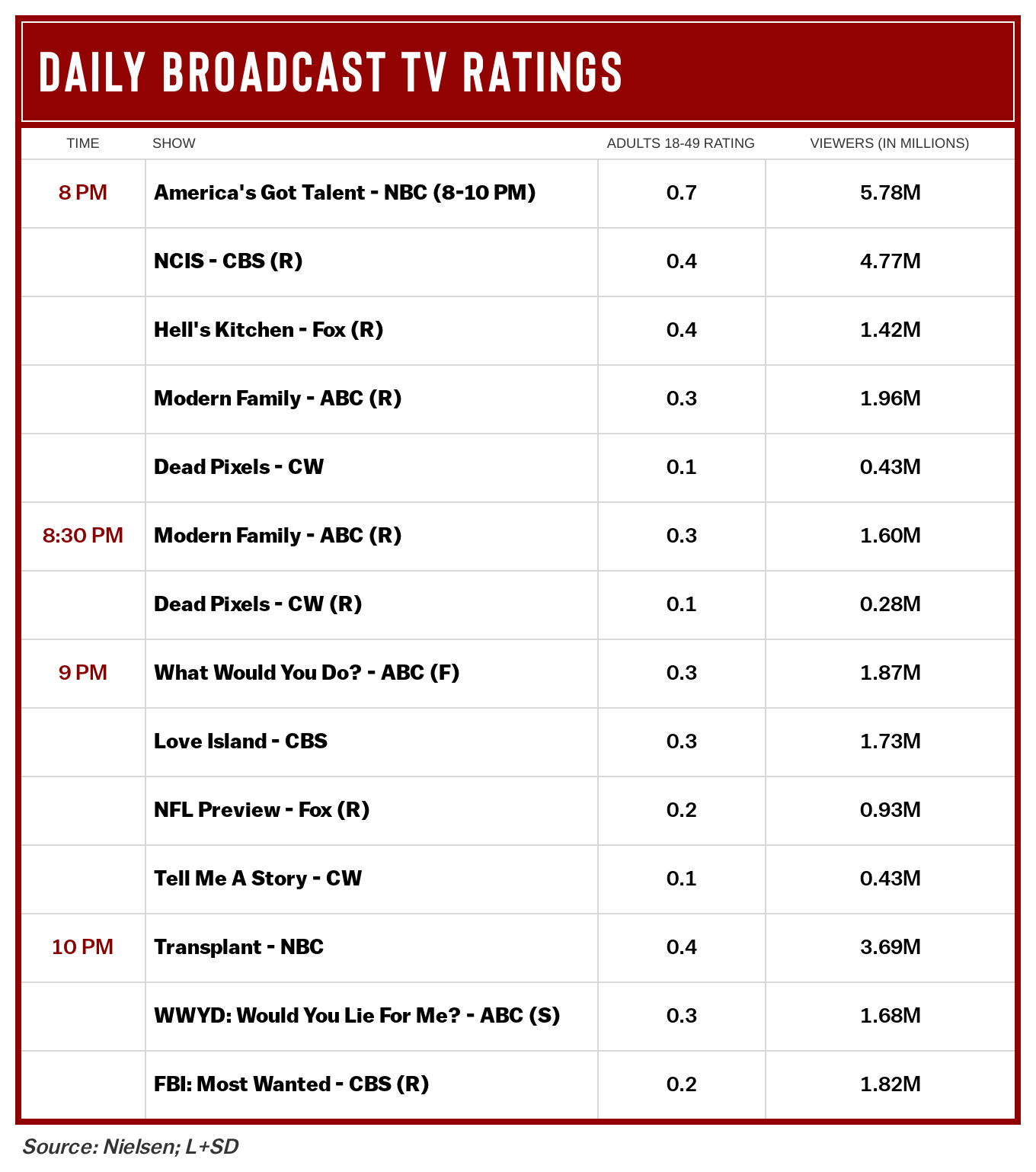