In truly horrifying news, American Horror Story Season 10 has officially been delayed until 2021. But don’t fret. There’s still plenty of content to look forward to. FX recently confirmed the new AHS spinoff — American Horror Stories — is on its way. So here’s what we know about the two anthology series.

What we know about ‘American Horror Story’ Season 10

Next week we will be airing the 100th episode of AMERICAN HORROR STORY. To kick off the week of celebration, here's a fun fan-made grid celebrating nine years of incredible actors who gave their all, every day.

According to Entertainment Weekly, American Horror Story Season 10 was supposed to start filming in early April 2020. However, production was indefinitely postponed due to the coronavirus (COVID-19) pandemic. But even so, co-creator Ryan Murphy explained the 10th season was weather-dependent when speaking with The Wrap in early May 2020.

Then on May 26, Deadline reported American Horror Story Season 10 has been delayed to 2021. The publication also noted there is no set start date and at this point, no one knows when filming will resume.

What we know about ‘American Horror Stories’

American Horror Story cast zoom call…where we reminisced about the good times…the spin off we’re doing called American Horror Stories (one hour contained episodes)…when we will start filming the next season of the mothership…and other stuff I cannot print. It was so much fun and I’m glad we caught up. I miss everyone!

Of course, many AHS fans wondered whether or not the spinoff series was a joke. As mentioned, the photo in the Instagram post wasn’t a real screenshot. But now, fans know American Horror Stories is coming.

On May 26, The Hollywood Reporter confirmed FX ordered an American Horror Story anthology series spinoff. Each episode will be an hour long. However, no further details were given. But many fans believe previous cast members will be part of the new project because of Murphy’s Instagram post. 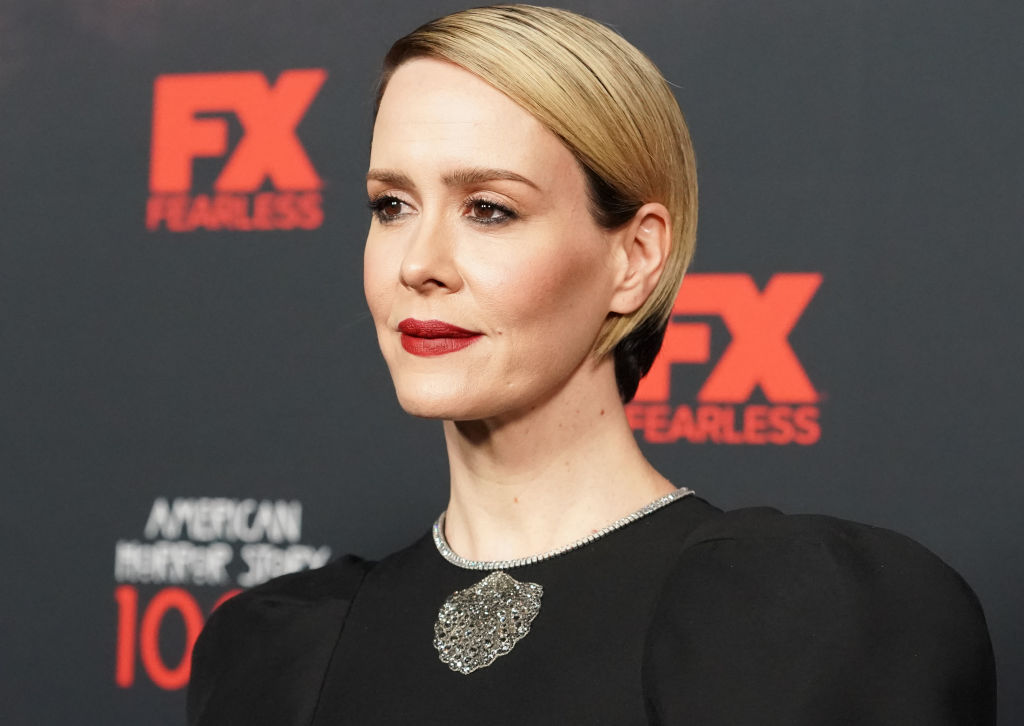 Meanwhile, Paulson noted she wants to be part of American Horror Stories, whether she’s in the cast or behind the scenes.

“I can’t say anything about it except for that I hope to be directing the new [series],” Paulson told The Hollywood Reporter. “I hope that will in fact come to fruition. Not with anything official, but in fun, playful conversations with the man, that has been floated about. So hopefully!”

She later added, “And of course I want to be in it, too. There’s no American Horror Story spinoff, movie, play, projection from space that I would not want to be a part of if I could be.”

Despite the lengthy wait that’s ahead of us, we’re going to receive not one, but two doses of the American Horror Story franchise in 2021. So get ready.

RELATED: Why AHS Fans Think Season 10 of ‘American Horror Story’ Has Something to Do With the Ocean