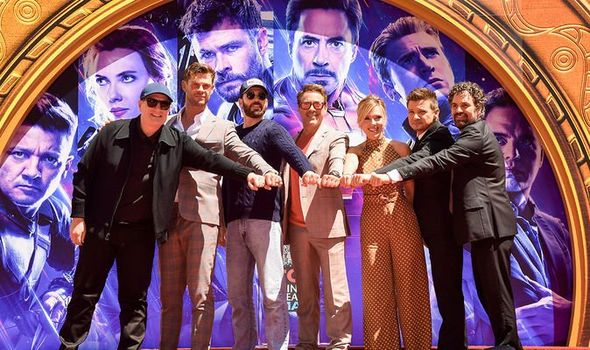 Hawkeye follows former SHIELD assassin and founding Avengers members Clint Barton in the fallout of the team’s victory over Thanos in Endgame. One of the Avengers’ most naturally skilled heroes with his pinpoint accuracy with a bow-and-arrow, Barton is often seen as one of the most underappreciated members of the MCU.

Hawkeye delves further into the character than we’ve seen in any of his previous appearances to-date, in particular his actions as vigilante Ronin after losing his entire family to the Blip.

If you’re wondering about Hawkeye’s MCU journey so far here is a look at all his appearances to-date on screen. This list only includes his live action appearances, so any Hawkeye What If…? storylines have been excluded.

We first see Barton briefly in the first Thor film, where he is in New Mexico assisting in SHIELD’s hold on Thor’s weapon, Mjolnir.

Not much depth is given to Hawkeye’s character at this point, other than the fact that he has the trust of director Nick Fury as he chooses him to keep tabs on Thor as he works his way through the SHIELD complex to try and reclaim his prized hammer.

Barton is still working closely with SHIELD in the first Avengers film when he is put under Loki’s mind control.

The Asgardian prince uses Barton as a key pawn in his plan to take control of the earth, which includes stealing iridium from a facility in Stuttgart in order to stablise the Tesseract.

During a fight aboard the Avengers Helicarrier, he is knocked out by Natasha Romanoff, breaking him free of Loki’s spell.

He later plays a key role as the Avengers battle an alien army of Chitauri in New York, where he alludes to an incident in Budapest that he and Romanoff took part in that we’d learn more about later in the MCU. Romanoff had earlier revealed to Loki that Barton had once been sent to kill her, choosing instead to recruit her into SHIELD, beginning their close friendship.

Hawkeye again plays a prominent role in Avengers activity in the second ensemble film as they try to retrieve Loki’s scepter back from Hydra.

During a battle in South Africa with the Maximoff twins, his past experience under Loki’s spell helps him fight off Wanda’s attempts to warp his mind.

Age of Ultron is the first film in the MCU that delves further into Barton’s life outside of the Avengers, as it is revealed that he is married with two kids and a third on the way. It turns out that Nick Fury set up a safe house for the Barton family when he joined SHIELD to keep both parts of his life separate.

Barton later stops Ultron from uploading himself into a Mind Stone-powered vibranium body, before convincing the Maximoff twins to take sides with the Avengers in Sokovia in the film’s final fight.

Having been saved by the male twin, Pietro as he protected a child from gunfire, Hawkeye chooses to retire with his family after Ultron is vanquished.

Barton comes out of retirement during the third Captain America film due to his opposition to the Sokovia Accords.

After retrieving Wanda from the Avengers compound, he joins her, Sam Rogers, Bucky Barnes, Scott Lang and Sam Wilson in a battle with the rest of the team led by Tony Stark in Leipzig.

He is later captured and imprisoned on the Raft, where he is broken out at the film’s conclusion by Rogers.

Having been put under house arrest following the events of Civil War, Barton was unable to partake in the battle against Thanos throughout Infinity War.

Whilst his fate from the Blip is unknown in that film, it is quickly resolved towards the start of Endgame, where we see that he is the only member of his family to survive.

During the next five years, we find out that Barton has been living as a vigilante, massacring Mexican drug cartel members and Yakuza in Tokyo.

He soon reunites with his surviving Avengers comrades to travel back in time via the Quantum Realm in a plan to reverse Thanos’ Blip.

In an alternate 2014, Barton and Romanoff travel to the planet Vormir to retrieve the Soul Stone, which as shown with Thanos and Gamora in Infinity War, can only be acquired by sacrificing someone they love.

A confrontation transpires between the two long time friends as both try to sacrifice themselves, ultimately leading to Romanoff’s death and Barton returning to the present day with the Soul Stone.

A phone call from his wife Laura after Bruce Banner uses the Stark Gauntlet gives the first indication to the team that their efforts have been successful.

He then plays a pivotal role in the final battle against Thanos’ army before joining the group at Tony Stark’s funeral.

Whilst he doesn’t appear in 2021 film Black Widow, we learn that the Budapest incident Barton and Romanoff mentioned in The Avengers was in fact a plot to kill Natasha’s former holder General Dreykov.

He also plays a big role in the film’s post credits scene, where Contessa Valentina Allegra de Fontaine tells Romanoff’s sister Yelena Belova that Barton was responsible for Natasha’s death, setting up a potential appearance for Yelena in the Hawkeye TV series.