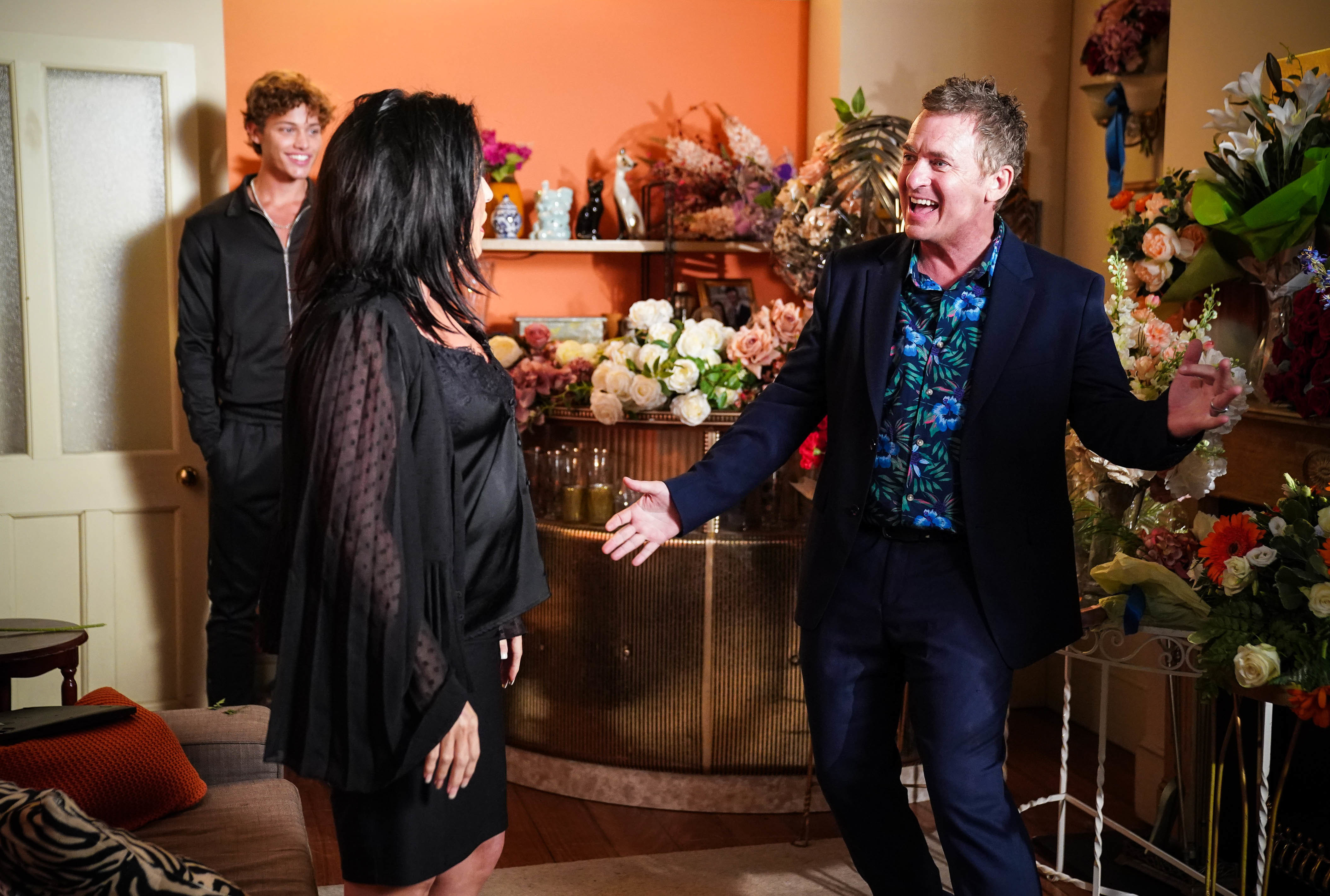 Kat Slater’s ‘man in the moon’ is an EastEnders love story for the ages.

Before ‘shipping’ was a word thrown round for every couple that so much as breathe in the same room, this was the ultimate will they/won’t they.

Shane Richie may have dropped the unsavoury bombshell that Alfie was meant to have an affair with Peggy Mitchell back when he first arrived, but writers and fans were soon so enraptured by his chemistry with Jessie Wallace.

The first kiss, the wedding in the snow and their relatable bickering and banterful humour were the makings of a couple that viewers would root for.

As is soap tradition, they were hit with plenty of obstacles along the way, including numerous splits, Alfie copping off with Kat’s sister Little Mo, and Alfie setting fire to the house for insurance, only for Kat to be trapped and severely burned.

Over time, what started off as a relationship full of heart became utterly toxic. It’s the EastEnders way and eventually, they had to go their separate ways.

Fast forward to now, and the show is trying very hard to recapture an EastEnders classic. Only this time it’s not charming – it’s downright creepy.

We are once again having Kat and Alfie sold to us as the couple meant to be forever and ever. But, we all moved on a long time ago, and so did Kat.

The last time we saw Alfie, he was shouting vile, misogynistic abuse at Kat after it was discovered he had fathered the baby of her cousin Hayley.

He was so horrible that he was pushed down the stairs on Christmas Day, the forgotten anniversary of the fairytale wedding years before.

After stealing £10k, he tried to make off with his new child and, after failing, disappeared into the night, abandoning his other kids in the process.

This was no longer the Alfie we knew. This was absolute abuse, and something that many issue based storylines have tackled with a more serious tone.

Soap villains tend to get their comeuppance and face justice for similar behaviour but cheeky chappie Alfie is back in the fold without consequence, swaggering through Albert Square with quips, bumbling his way through moneymaking scams and pursuing Kat as his one true love.

Reverting Alfie Moon back to the character we know and love just doesn’t work. Viewers don’t forget, and erasing history rarely goes well in soaps. Unless you count Redwater of course.

Kat is with Phil now, but that isn’t stopping Alfie. Having such an ego, he turned up on her wedding day to beg her to take him back. Pretty bad form, and Kat made it clear it was a no.

End of story, one should get the message after that.

Alas, no. By the end of the week, despite failing in his over the top attempts, he turned up at her house and forced a kiss on her, earning a well deserved slap.

That didn’t knock sense into him; quite the opposite – he declared he would win her back, no matter what it took. And he wasn’t going anywhere.

This is not endearing; Alfie is not owed Kat, he is not entitled to have her on his arm. This sounds like a sinister threat.

Don’t want me? I don’t care, I won’t leave you alone. If a man tells a woman that he is refusing to leave her alone, that’s when the police should be involved.

By this early stage, we are in restraining order territory. This was just the beginning. Where we are meant to root for hapless funnyman Alfie, it is coming across as outright stalking.

The guy let himself into Kat’s house and put flowers (from a funeral no less) across her living room. He spends every day telling her he won’t give up, with outlandish gesture after gesture.

Comedy capers this is not.

This is all happening in the same month that saw EastEnders raisd the extremely important topic of harassment and safety of women during a night out.

Played brilliantly by Rose Ayling-Ellis, Frankie was followed home by a man who wouldn’t take no for an answer.

Well written, the story explored the dangers and fears that every woman has faced on a night out. Terrified of what this man following her would do, Frankie had to arm herself with a key between her fingers and pick up the pace of her walk home.

She was manhandled and pursued and later, she broke down to Mick and Shirley, delivering a deeply moving message that this is not OK, this should not be happening to women, and she felt traumatised and violated.

So, why is it OK for Alfie to do the same thing to Kat? Just because he isn’t coming out of a nightclub and it isn’t dark outside, it does not make it acceptable for him to ignore Kat’s no after no after no.

The sheer entitlement is galling, and it is leaving a bitter taste in the mouths of many. In EastEnders’ attempt to recapture history and tell a comedic love story, they have pitched it wrong and risked undoing the authentic representation of men being rightly vilified for the same behaviour.

I could buy it if Alfie was in love with Kat and eventually she organically decided that he was the man for her. This needed to happen without relentless pursuit.

No is no, and if Kat does indeed harbour feelings for Alfie like we are being led to believe, it is on her terms.

This is a woman who was sexually and violently abused at the age of 13. She has been treated appallingly by men and, having dated Little Mo, Alfie is well acquainted with another person in the family who has endured unbearable trauma such as domestic violence and rape at the hands of men.

If he professes to love Kat, he would bear this in mind and accept what she says.

Any reunion that follows this will forever be soured, like the couple’s legacy, by how it came about.

As I said earlier, viewers don’t forget, and it’s high time that Kat and Alfie were left in history and he ditched his stalker ways and moved on.