Eddie McGuire has revealed Nine’s plans for its embattled AFL Footy Show, saying the show will return in a “completely new format”. 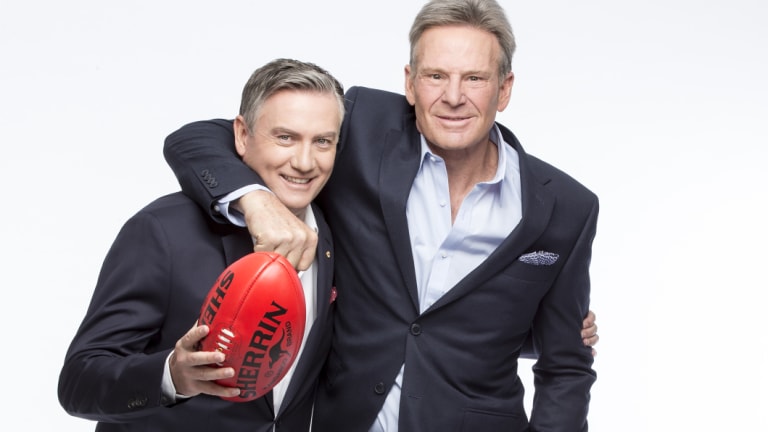 “We’re going to turbocharge the best parts of [the show],” he added, suggesting the specials will be “tentpole” episodes in the style of “The Voice and Dancing with the Stars”.

“The football version of that,” said McGuire, whose company Jam TV produces the show for Nine.

It’s a concession by any means, but perhaps a welcome one for McGuire.

The controversial show’s future had been hanging in the balance in the wake of dwindling ratings last season – the worst in the show’s 25-season history – and viewers increasingly defecting to Seven competitor The Front Bar.

In September, in what was seen as a bizarre attempt to force Nine’s hand on a renewal, Newman announced he was resigning from the show – unless, that is, the network wanted him back.

But its fate again looked dicey in October after Nine canned the NRL Footy Show in NSW.

Despite his reduced role, McGuire revealed Newman had re-signed with Nine in a “multi-year contract”.

McGuire said other major announcements regarding the show would be revealed in “due course”.

“There were times when I wasn’t quite sure where we’d be… We’ve landed on this, and I’m very excited… It gets back to being fun again.”