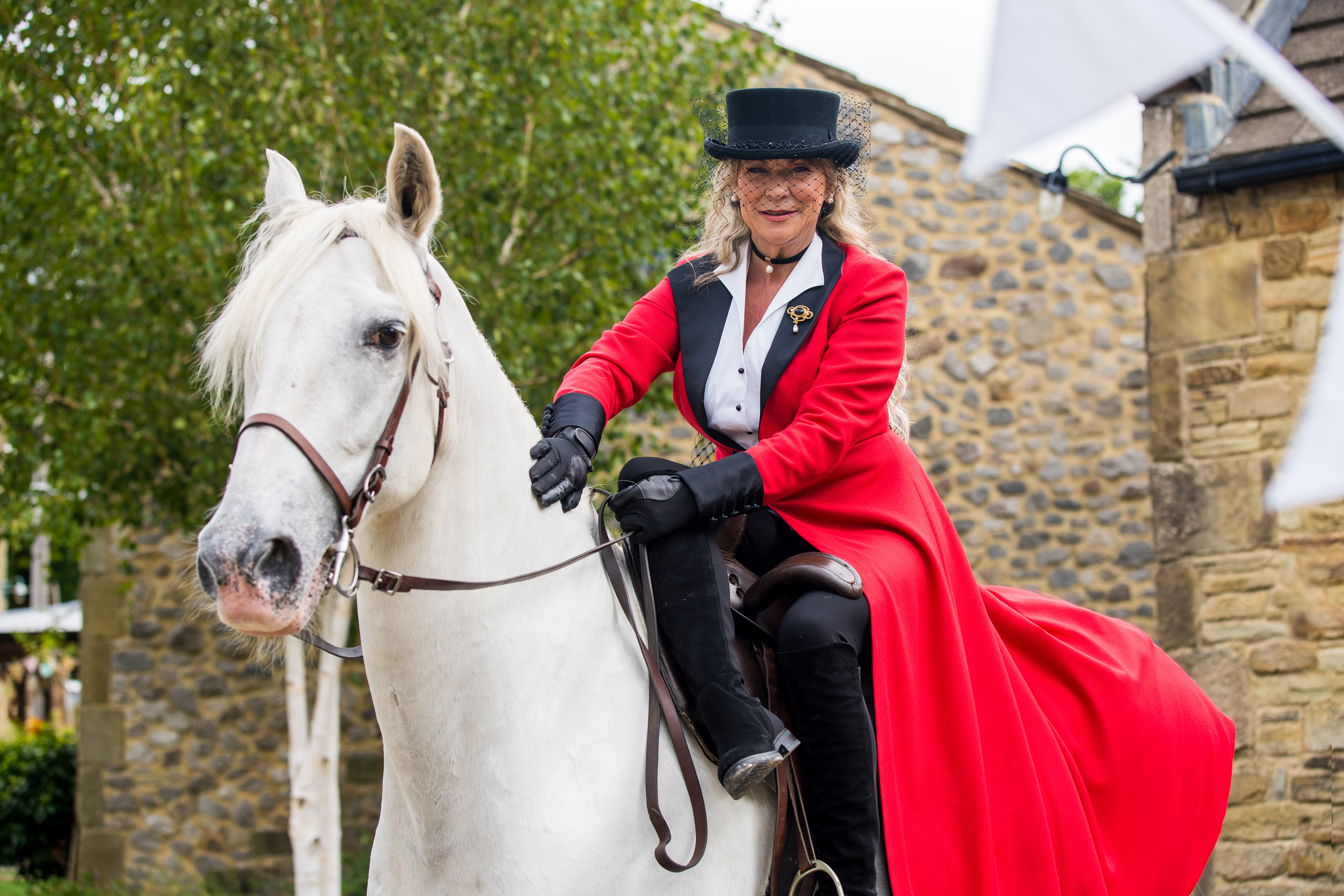 Think of Kim Tate (Claire King), and what comes to mind are some of Emmerdale’s most unforgettable scenes.

Her defining moment came when she stood back and watched as estranged husband Frank Tate (Norman Bowler) lay dying of a heart attack, before using a compact mirror to check if he was still breathing and casually redoing her makeup.

This calculated move cemented Kim as one of soapland’s most legendary villains, long before the compelling Meena Jutla (Paige Sandhu) came along and ordered her victims to die quietly.

But in recent years, Kim has mellowed – and it’s only made her all the more iconic.

After an original stint of ten years playing the ultimate superbitch, star Claire King left Kim behind. When she returned almost 20 years later in 2018, Emmerdale seemed a little too keen to reclaim Ms Tate’s ruthless status.

Manipulation was her only agenda, but we didn’t need the loaded reminders of just how much she was capable of. Her back catalogue was still very much in the audience’s mind; and gradually, Emmerdale began to explore what really made Kim tick.

Introducing her son, Jamie (Alexander Lincoln), was just the start on the road to making Kim a more well-rounded character. Suddenly, the soap had given her back her heart – and it did so without undermining her fearless reputation.

Kim formed a heartwarming bond with young granddaughter Millie (Willow Bell); and as time went on, she made firm friends with villagers including the lovely Lydia Dingle (Karen Blick) and outspoken Mary Goskirk (Louise Jameson).

At her karaoke-style Home Farm hen party, fans were treated to Claire’s vocal talents as she belted out an impressive rendition of Neil Diamond’s Forever In Blue Jeans. Could you imagine Kim, who prefers the finer things in life, embracing such a modest affair just a few years ago?

It’s a far cry from her evil era, but rest assured that if someone crosses Kim or her family, she will instantly transform back into that fierce warrior.

When Kim let her guard down with Jamie, he poisoned her by spiking her brandy. Although she was devastated, Kim wiped her tears away and took revenge – by faking her own death in a fun throwback to her early days.

Yet Emmerdale avoided relying too much on its history, revealing her ruse quickly and running the story as a playful twist rather than a lengthy thriller. This was about just desserts, not prolonged cruelty.

Kim’s loyalty to her now husband Will Taylor (Dean Andrews) has seen her branch out in terms of who she offers her protection. Will’s daughter Dawn Fletcher (Olivia Bromley), once a target due to her on/off relationship with Jamie, is now one of Kim’s priorities who she goes out of her way to support.

Ahead of her wedding day to Will, Kim had already warned off love rival Harriet Finch (Katherine Dow Blyton) by proclaiming herself as the God of the village. As the big day arrived, Kim paid her another visit, making it clear in no uncertain terms that Harriet was never going to win back Will’s heart.

But after the pair came to a subtle truce, Kim was faced with the task of trying to rescue the injured Harriet amid the storm. Of course, if not for Kim’s unlikely bond with Lydia, who pleaded with her to help search for a missing Amelia Spencer (Daisy Campbell), she wouldn’t have been riding in the woods in the first place.

Claire stole the show as she used her real-life experience with horses to perform most of her own stunts, delivering a captivating performance as her alter ego desperately tried to save Harriet despite their war of words.

The irony was that Kim’s past threatened to go against her in the aftermath, as Will suggested that she had left the other woman to die. Yes, she’s got form for doing just that; but Emmerdale knew better than to send Kim down that path again, which would no doubt give her a shelf life that she doesn’t deserve.

Instead, Kim’s actions were heroic, even if she couldn’t achieve what she set out to do. This more genuine, warm version of Kim hasn’t lessened how beloved and popular she is among fans – in fact, it’s allowed for a longevity that may not have been possible had she reaffirmed her territory as a stone cold villain.

We know that when the mood calls for it, she’ll get her claws out once again – and beware anyone who underestimates the power of Kim’s frosty glare. But with the soap striking the perfect balance, Kim’s next grand scheme will be all the more entertaining, rather than feeling like overkill.

Emmerdale’s writing, and Claire’s skilful range as an actress, has enhanced Kim Tate in an unexpected way. By scaling back on her cunning nature and focusing on her psyche, the show has shaped her into an even bigger icon.