ABBEY Clancy showed off her slim figure in a thong swimsuit while on holiday in Dubai just five months after giving birth to her fourth child.

The model, 33, stunned while playing in the sea with her eldest son Johnny, one. 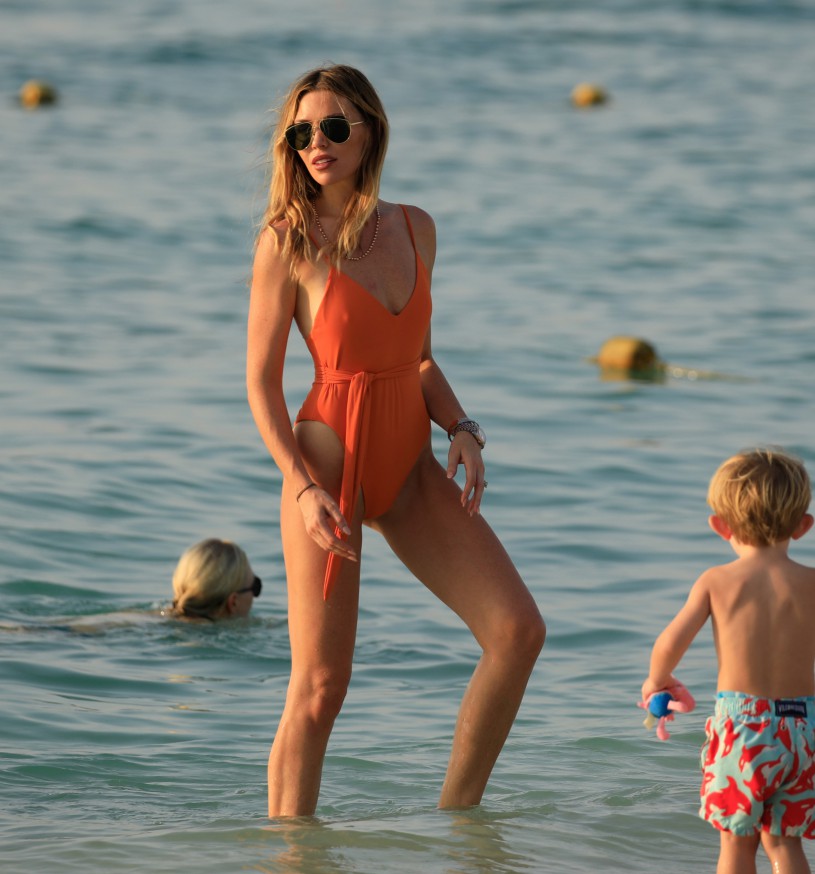 She wore a tight bright orange swimsuit that showed off an incredible figure especially as she just gave birth to their youngest, Jack.

The star – who is married to ex-footballer Peter Crouch, 38 – flicked her hair and looked around while wearing black aviator sunglasses.

Then when little Johnny runs up to her with a toy in his hand, she whisks him up into the air with a big smile on her face.

Youngest daughter Liberty, four, is spotted playing in the water as well. 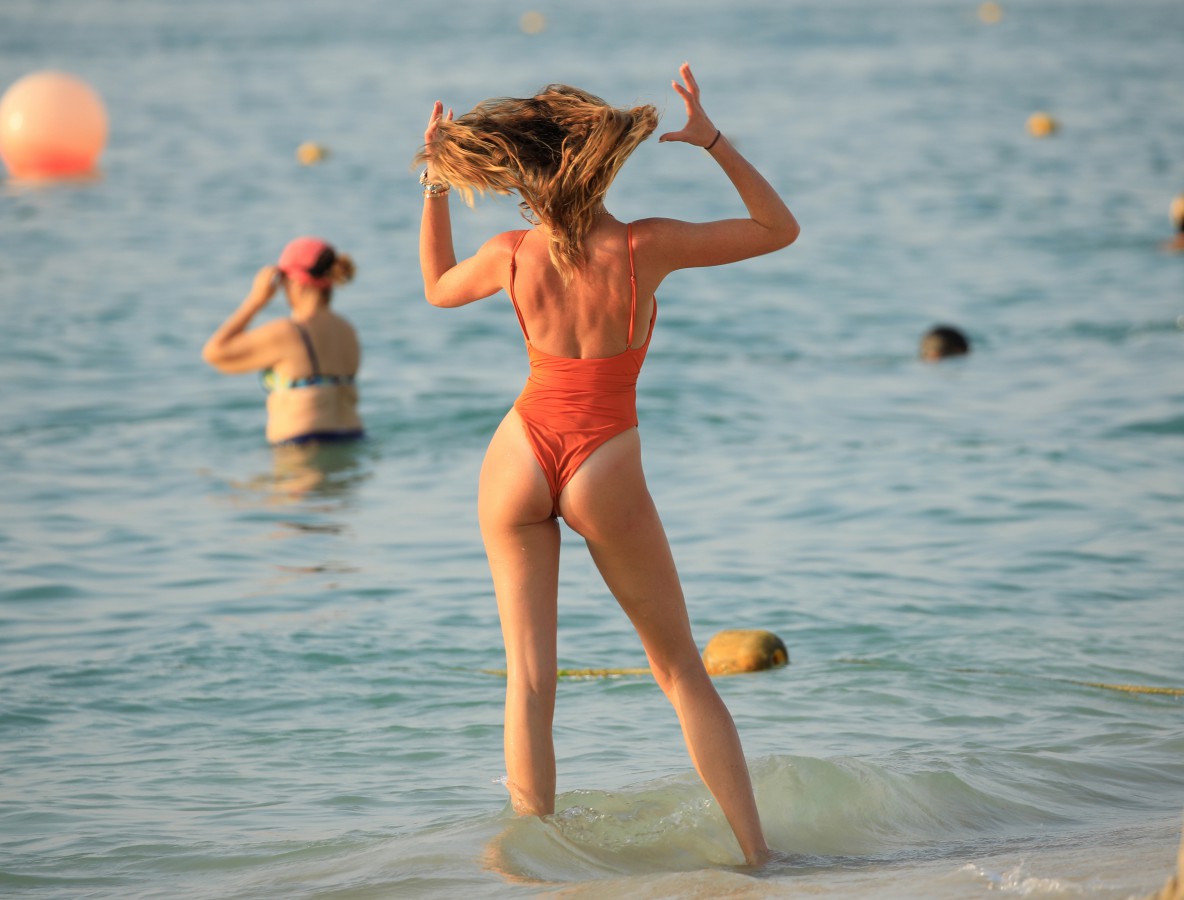 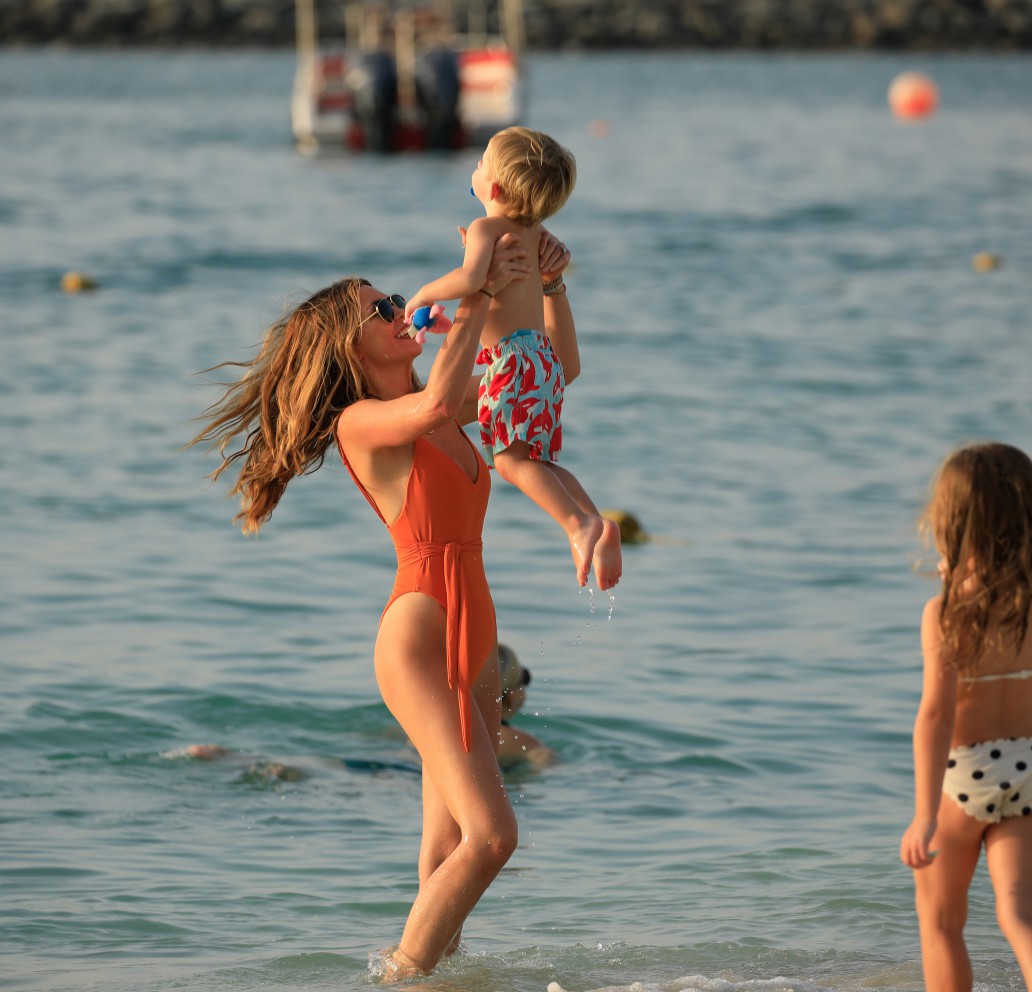 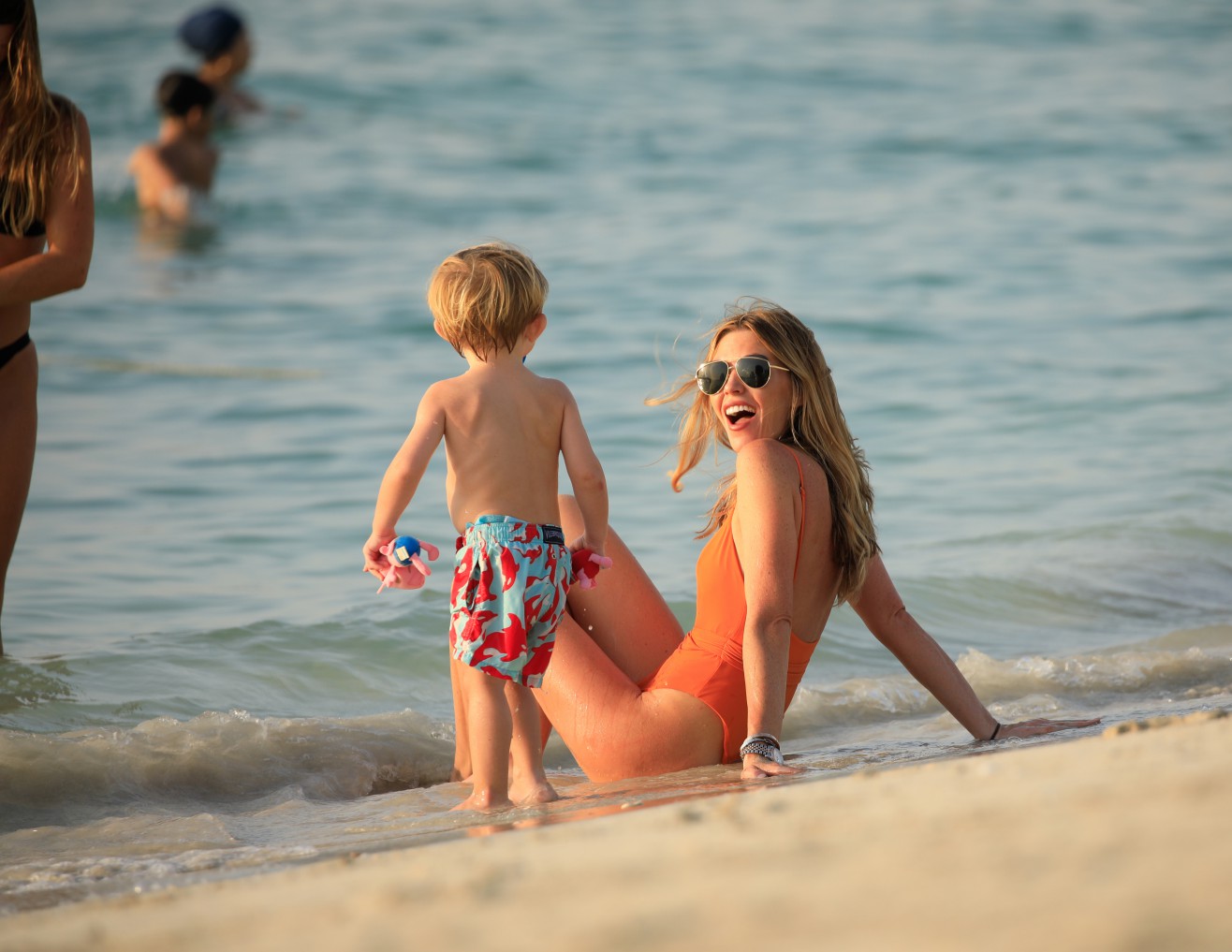 The star recently admitted that her son Johnny is her favourite – because he's such a mummy's boy.

Speaking to OK! Online, she said: "He's the prince! Yes, he's still the favourite and he's definitely a mummy's boy.

She also spoke about how she is "running on empty" at the moment juggling childcare with her own career. 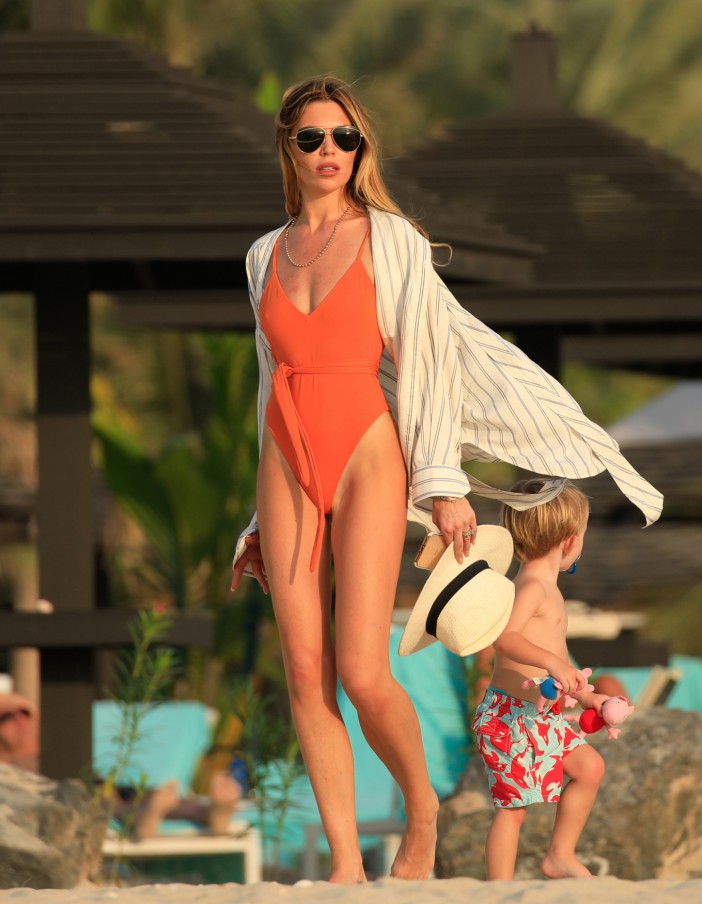 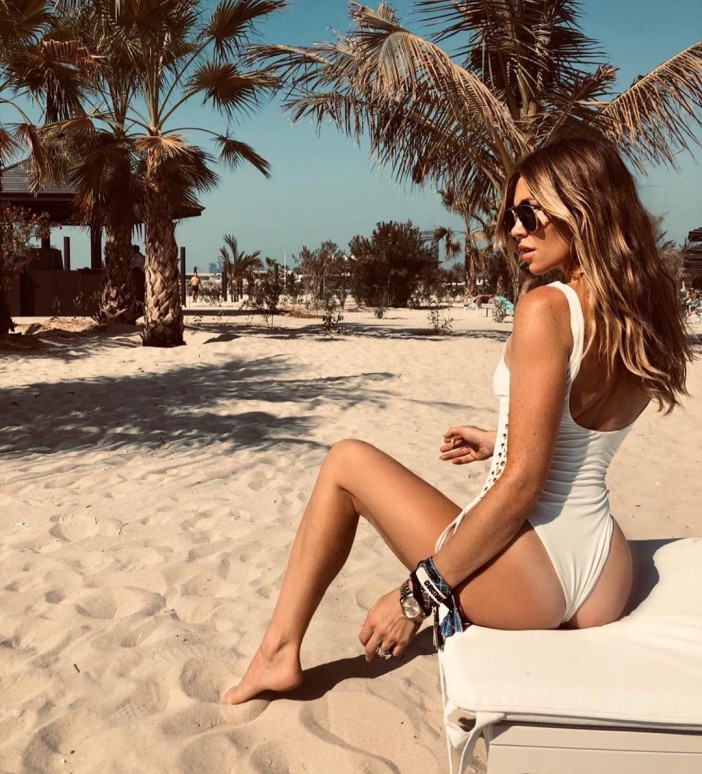 The Liverpudlian star says she relies on her mum for childcare.

The Next Top Model star said: "When I'm at home and the kids are driving me crazy, I want to go to work and be on my own for an hour.

"I love having a busy house, though, it just feels really natural to me."