A Place in the Sun: Homebuyers express ‘panic’ about bathroom

A Place In The Sun concluded with Danni Menzies taking a guest around five potential properties in Benalmadena, Spain. However, while she managed to tick everything on Sharon’s list, one room in one apartment left her “panicking”. The search got off to a great start with property one, a recently refurbished second floor apartment in Torrequebrada, with two bedrooms for the guide price of £147,321.

While it was over budget, Danni explained the seller’s were keen for a quick sale.

“It’s nice and bright and airy,” Shelia said as she walked into the living room. “It’s really modern too.”

While the view was “beautiful” Shelia said the bedrooms were a little on the small side, but overall liked the apartment.

“I think we’re off to a good start,” Danni said. “But I’m not quite seeing the excitement from Shelia, so I think I need to do a bit better.” 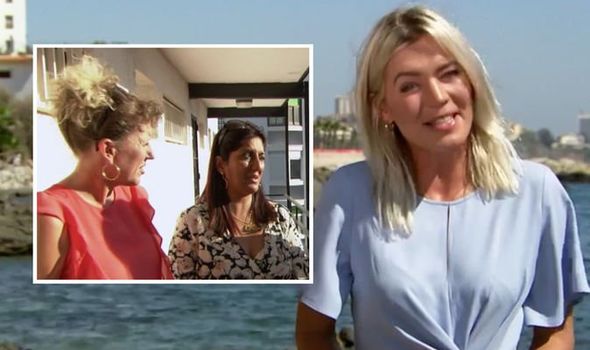 Property two, was another two-bed in Arroyo de la Miel, on the sixth floor, and the block had lift access, while balcony viewers overlooked the pool and gardens to the sea.

“Fairly good size,” the guest remarked on the inside. “Not as modern [as property number one”.

But when she stepped onto the outside space, she was blown away by the view: “That is nice, it’s heaven.”

While the bedrooms were larger than the first apartment she saw, Shelia would have to compromise communal indoor and terrace space for a brilliant sea view.

However, when she took a closer look a the bathroom, she was left “panicking”. 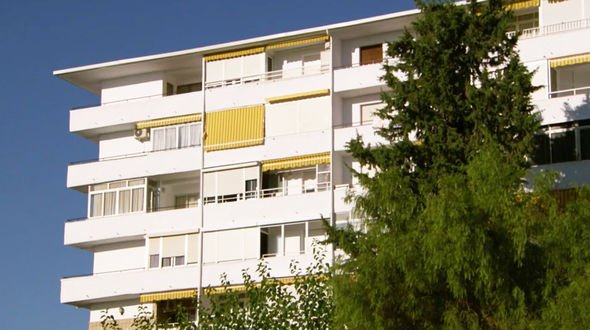 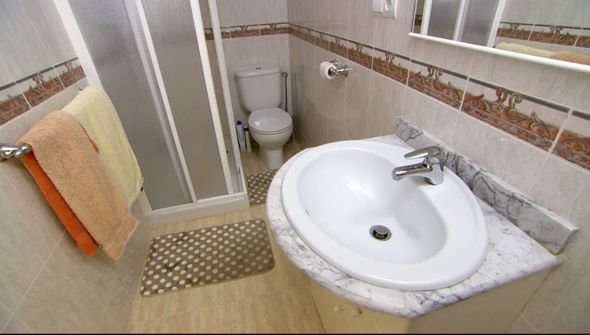 “Oh, I’m not sure about that,” Shelia remarked. “It’s quite small and there’s no bathtub.

“I’m a bit upset about this, I really wanted it to for me, but it’s panicking me slightly.”

While this property was not ruled out entirely, the third apartment Danni took Shelia to swept her off her feet.

“Oh, wow, I like this already,” the potential buyer said as she stepped into the apartment.

“There’s lots of light and I got that feeling straight away. This is a really workable space,” Shelia added. 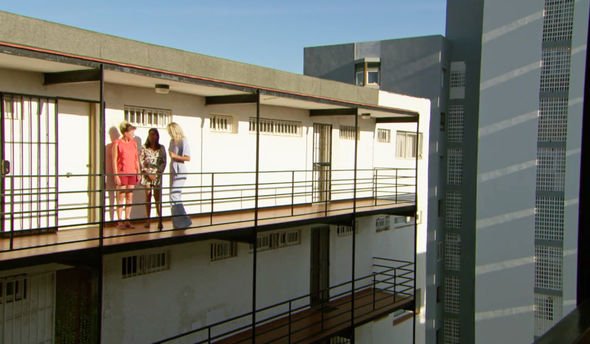 The apartment – which was in Benalmadena East – was two-bed again, but under budget and on the market for £123,009.

While it was the “one to beat”, Shelia would’ve preferred it to be on a lower floor – instead of the ninth.

Property four, a three-bed apartment in Benalmadena Costa East ticked all of Shelia’s boxes, but the size of the kitchen left her feeling “depressed”.

While Danni had managed to secure an extra roomful more guests to stay, as well as a large outdoor space and sun-terraced, the kitchen was “tiny” and it didn’t have an “open view of the sea” she was looking for.

And as for property five, Danni left Shelia worried when she revealed the price tag for it. 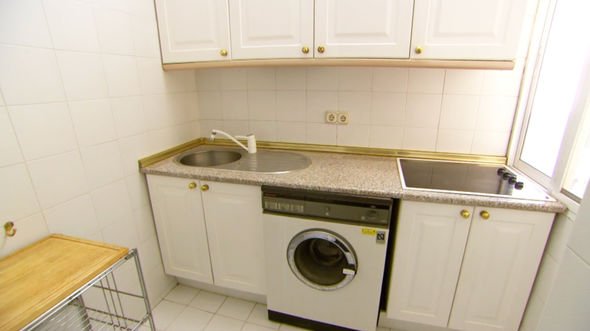 “It’s the most expensive?” Shelia remarked. “We’ll have to see what it’s got.”

While she initially liked what she saw, and it had to “best outside space” she had seen, including a “dream view” she was not convinced by what the interior had too offer.

“I’m not feeling it,” she told Danni and the property expert advise they finish the viewing there.

Shelia took the evening to think over the viewings and she reconvened with Danni the following day.

“So what happened?” The presenter asked and Shelia revealed: “Property number two, we have ruled that out.

“The gardens and grounds were amazing, but we couldn’t see the sea.”

Does this mean property number three was a winner?

“I then spoke to the family at length and when I thought about it being so high up, it reminded me of my mother’s vertigo,” the guest explained.

“I could probably oversee that slightly, but my children – the youngest is eight.”

“So we’re not moving forward with that one?” Danni asked to confirm.

“I’m not willing to compromise,” Shelia replied. “To make such a big move, it’s got to have everything and I can’t get that on my budget.”

“You can’t win them all!” The presenter said.

A Place In The Sun airs weekdays at 4pm on Channel 4.