Larissa Dos Santos Lima and Eric Nichols looked bright and happy together during the 90 Day Fiancé: Happily Ever After Tell All special. And after seeing how cozy the two were, Larissa’s ex-husband, Colt Johnson, explained why he thought they “deserve each other.” 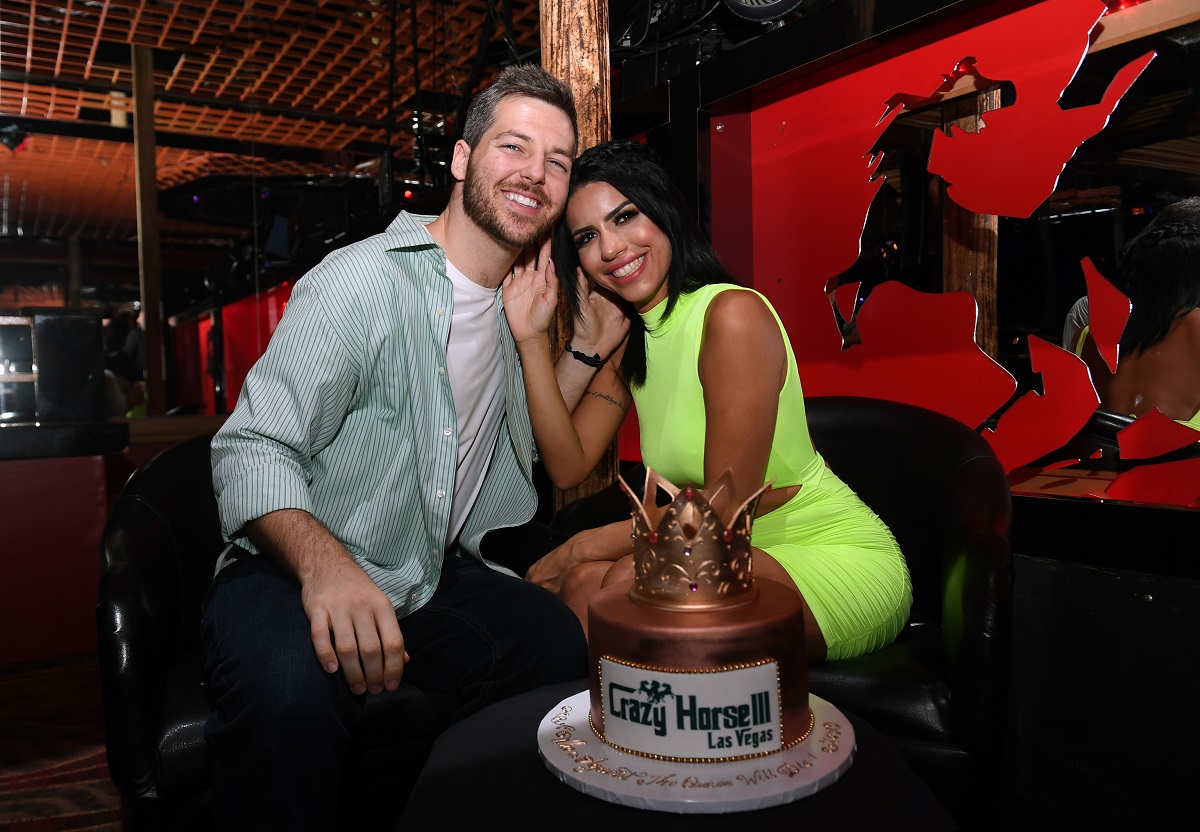 Larissa and Eric reconnected on this past season of ’90 Day Fiancé: Happily Ever After’

Fans watched Colt and Jess end their relationship on this past season of 90 Day Fiancé: Happily Ever After.  But they also saw Larissa successfully rekindle her romance with Eric.

Eric and Larissa have said shady things about each other in the past. But the couple managed to overcome their issues. Over the summer, Larissa took to social media to reveal how much work it took to bring their relationship to a good place.

“We talked about how we disappointed each other, and we forgave. That was the first step,” Larissa wrote in an Instagram post. “The second step was admitting to one another that we still cared. The third step was discussing what we wanted to do different this time around, and to not repeat past mistakes.”

Larissa also noted that during her breaks with Eric, she worked on healing herself. And she said that it was after this growth that the two decided to reconnect.

“I had a good two months of self-reflection, but we were drawn back to one another,” she continued. “Just as so many couples marry, separate, get back, separate again. For everyone, there is a unique love story.”

Eric reveals he could see himself marrying Larissa someday

On the recent 90 Day Fiancé: Happily Ever After Tell All, Larissa and Eric talked about their future plans. Larissa, whose green card process was hindered after her divorce from Colt, revealed that she was still unsure if she would get deported.

“My immigration status is keeping moving,” said Larissa. “I don’t have any news. The case is taking years now to figure out. But I have my work permit, so I can work legally. But I’m still here in the United States, [whether] people like it or not.”

Larissa also revealed that she is planning on visiting Brazil with Eric. Upon hearing this, her ex-mother-in-law, Debbie Johnson, wondered how she would come back into the country if she left without permanent status.

In response, Eric noted that he would love to live in Brazil with Larissa long-term. But he also suggested that he might marry Larissa in the future.

On the ’90 Day Fiancé: Happily Ever After’ Tell All,  Colt says Larissa and Eric ‘deserve each other’

After seeing how committed Larissa and Eric are to each other, Robinson asked Colt if he believed the two would make it. Taking everything he heard into account, Colt suggested Eric and Larissa are a perfect match.

“I think they deserve each other,” Colt said. “They seem to be pretty happy. Larissa’s happy.”

“The way that they act to each other,” he added. “They’re perfect for each other. And I hope you both continue and live a happy life together.”