9-1-1 season six aired its winter finale on Monday 28 November and left fans on a cliffhanger as Captain Bobby Nash (Peter Krause) began to investigate the suspicious death of his AA sponsor Wendall.

The 118 were called to what was thought to be a fire before they realized that it was a pyre, and the body of a man – Wendall – was underneath. Wendall had recently spent time back in a rehab facility close to where his body was discovered, and as Bobby looks to get answers a mystery begins to reveal itself.

Elsewhere, Evan ‘Buck’ Buckley (Oliver Stark) received news that after being asked to be a sperm donor for a college friend the donation had been a success and his friend’s wife was now pregnant, and Hen Wilson (Aisha Hinds) began the emotional process of telling her adopted son Denny about his birth parents.

Season six will return in February 2023 and 9-1-1 executive producer Kristen Reidel breaks down what fans can expect for our favorite Los Angeles’ first responders when it returns.

Bobby will receive help from Athena on “an investigative level, but also on an emotional level”

Kristen: Bobby wants to understand what happened to Wendell and what led to his death, and Athena (Angela Bassett) is very much there to help him on both an investigative level, but also on an emotional level.

They’re sort of working together as a team to solve this mystery – and at a certain point, they bring May into it.

It’s the family that solves crime together.

Eddie’s next big step will be getting back into dating

Kristen: The next big step for Eddie is he’s ready to look for a romantic partner. But is he ready to go back out into the dating world?

After Shannon died, he didn’t really do that. He met Ana and they got into a relationship and it got very serious very quickly. So he’ll have a more cautious approach, [especially] dating as a single dad. 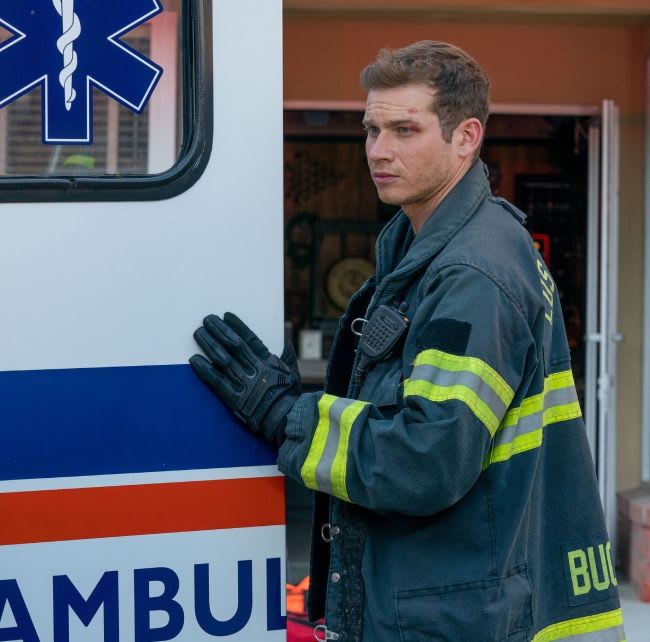 “Buck is a character that doesn’t consider his own feelings”

Kristen: Buck is a character that doesn’t consider his own feelings and so in the back half of the season we’re going to see a little bit of him questioning why he made that decision [to be a sperm donor] and what it means for him in the future.

Every situation for a sperm donor is different; some people are anonymous and they never know, other people donate for family members or friends. So the question for Buck is, ‘I have made this decision and now there’s going to be a child and what is the thing I want? What is the thing that’s best for me?’ We’ll see the answer that he comes up with.

When he made the sperm donation, a baby was just a concept. In 6B he’s going to be facing [reality]. Part of why he says, ‘I’m going to be a father,’ [in episode nine] is because there is a father, right? There is a father but it’s his friend, so we’re going to see Buck figuring out how to navigate that in the way that is best for him as opposed to best for everybody else.

Exclusive: 9-1-1’s Oliver Stark opens up about vulnerability and why it’s okay to cry 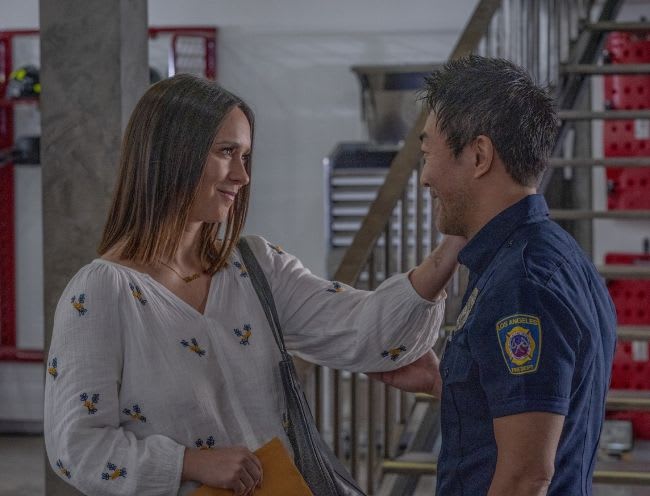 Maddie and Chim have finally found their own home

Kristen: Because of Maddie’s (Jennifer Love Hewitt) severe postpartum, a decision to have more children is a very weighty one for her. They have a little girl that they love, and, you know, that might be okay for these two.

But we might have some Uncle Albert (John Harlan Kim) coming up!

It is tricky because in addition to, you know, the natural quagmire of having to answer those questions and not knowing if they’re saying the right thing, there is also the added layer of what Eva was to Hen and the ways in which that relationship went badly.

Everything that I’ve read has said you follow the kids’ lead; you don’t volunteer information, let the children ask you questions and you answer them honestly so [Hen and Karen] will just need to gauge what Denny is asking and what they really want to know and tread carefully.

Ravi will be back in 6B

Kristen: Anirush Pisharody has been off doing another show, but we are hoping to see him in the back half of the season.

Ravi is still a firefighter, he just hasn’t been at a firehouse and he’s been off at the academy being what they call a peer instructor so later in the season, we will see him.