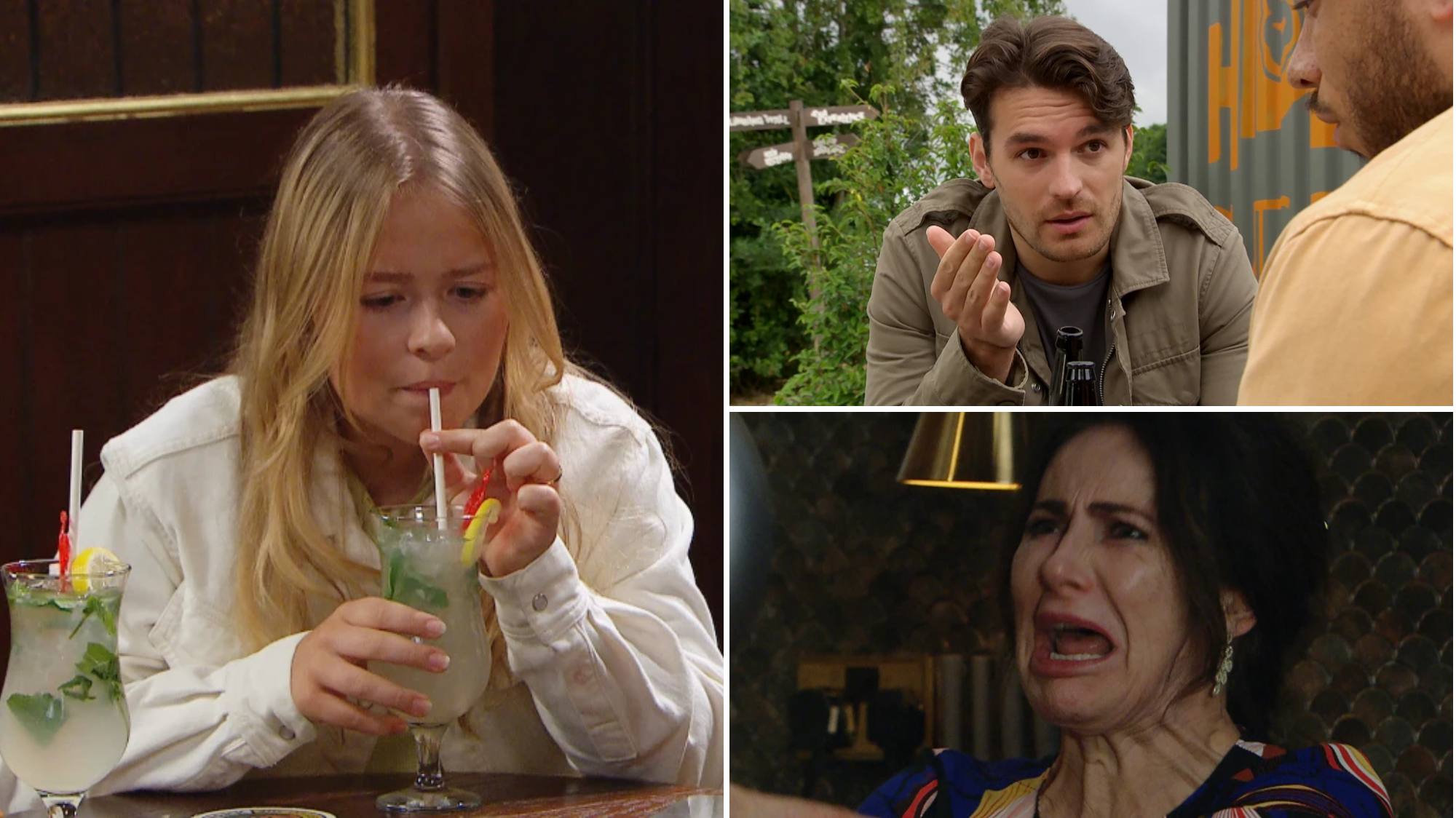 Taking the opportunity to sneakily switch Liv’s drink for an alcoholic one, Sandra succeeds in her mission, as Liv recoils in horror when she takes her first sip, flagging her discovery to Bob Hope (Tony Audenshaw), who is mortified.

Liv worries the door to her alcoholism has been opened. Sandra, meanwhile, is delighted.

Faith Dingle (Sally Dexter), meanwhile, is scared of having to relinquish control of her own life, wanting Cain (Jeff Hordley) to have lasting power of attorney after she decides on a DNR.

The stress of the situation leads her to believe that Cain is actuality Shadrach, and she soon brandishes a crying pan, screaming for him to get away from her.

Elsewhere in the village, Nicola King (Nicola Wheeler) is close to tears when Harriet Finch (Katherine Dow Blyton) tells her there isn’t enough to prosecute Naomi, who still hasn’t come clean about her involvement in the attack.

Charles Anderson (Kevin Mathurin) is stunned when Nicola chastises him for his daughter’s actions and he’s horrified by Nicola’s threat to end both his and Manpreet’s career. Nate Robinson (Jurell Carter), meanwhile, ends things with Naomi.

It’s all kicking off in the village next week and here’s your first look at what to expect.