Izabella Tovar and Jairo Rodriguez shot to popularity after appearing on the MTV show “16 and Pregnant” in 2010. Izabella was just 14 when she starred on the reality television show known for documenting the pregnancies, births, and parenthood experiences of teenage couples (via InTouch Weekly). At the time, she was pregnant with her first child, Enrique “Henry,” who is now 10 years old. The two young love birds ended up getting engaged and welcoming a daughter, Anastazia “Stazia,” in 2014. They married in 2016.

Since most couples on “16 and Pregnant” don’t make it long-term, whether that be because of their immaturity, financial struggles, or the pressures of having a baby while in their teens, among many other reasons, Izabella and Jairo’s fans were inspired by their love and commitment. Understandably, when the couple split in 2018, fans were devastated.

Izabella revealed the sad news on social media. “Jairo and I are separated and have been for a few months now. Unfortunately, our marriage didn’t work out and we are getting divorced,” she wrote. “There are many factors that went into this decision but none that need to be shared publicly at this time.” She must have anticipated public backlash because she added, “Even though I am sharing this publicly it is still a very personal decision. I would appreciate if negative opinions and comments not be posted here…Thank you in advance for understanding.”

If you are curious what Izabella and Jairo’s relationship is like three years after their split, keep scrolling!

Izabella Tovar and Jairo Rodriguez are committed to their children 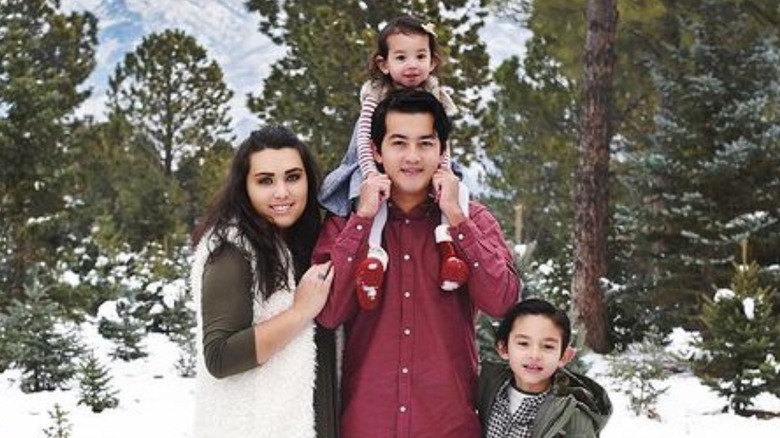 According to Pop Culture, fans of Izabella Tovar and Jairo Rodriguez became worried when Izabella stopped posting photos of the couple together. Soon after, she announced in an Instagram post that the fan-favorite couple from “16 and Pregnant” had decided to separate after less than two years of marriage. In the post, she asked that her followers respect the couple’s decision and refrain from posting negative and judgmental comments. It seems that despite their disappointment to hear the news, the reality television star’s fans respected her wishes. She returned to the social media site to thank everyone for their support. “HUGE thank you for all of your love and support on my last post. I have read each and every comment and they have warmed my heart so much. I don’t know what I did to deserve so much love and support but I appreciate it more than you know.”

Ultimately, the marriage ended amicably and Izabella has stated that she and Jairo are focused on their children and being co-parents. “We wish each other the best and are working on our co-parenting relationship” (via In ouch Weekly). In a recent Instagram post, Izabella updated fans, writing that she’s in love with life and “in such a good place co-parenting with Jairo.”

Since the split, both Izabella and Jairo have moved on romantically. Jairo is dating a new woman named Nataly (via InTouch Weekly), and Izabella is pregnant with her third child.