FRIDAY'S card at York might not reach the heights of Wednesday and Thursday, but there's still plenty of racing you can't miss.

The return of Stradivarius is an obvious highlight, but there's good quality racing throughout the afternoon. 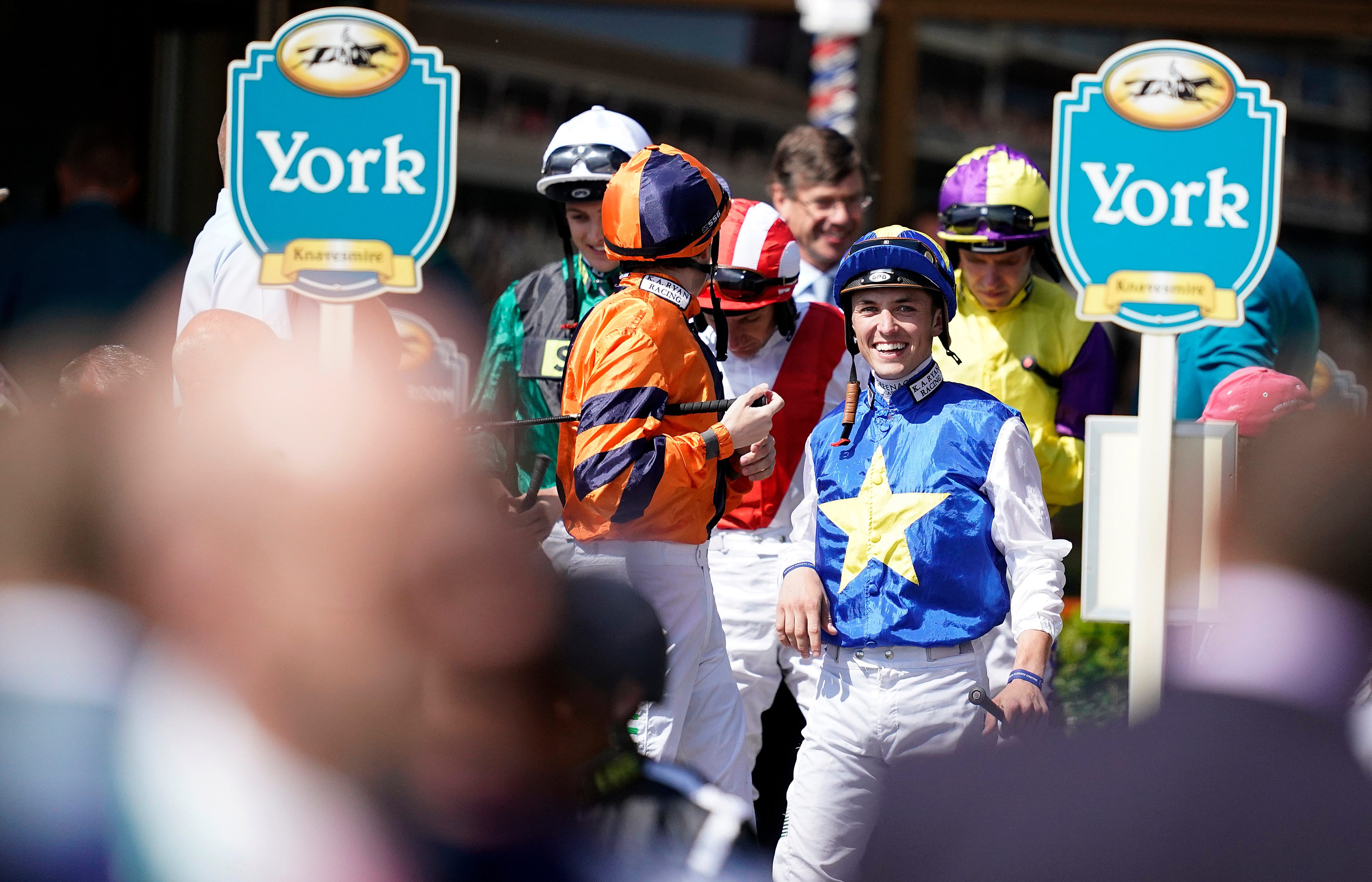 This is not a race to be going mad on. 21 two-year-old fillies hurtling down the York straight, with barely a run between them. No thanks.

It's definitely a race to keep an eye on the markets too, as with the majority of two-year-old races at this time of year.

LADY KERMIT is yet to put a foot wrong, and it's easy to make a case for her coming out of the Archie Watson stable.

Both her wins have been impressive, the second of those under a penalty – although they both were on the all weather.

Fleeting Princess was backed off the boards ahead of her debut at Yarmouth. She knew her job that day and Ryan Moore is again on board hoping to back up that debut win.

Lady Fanditha was another debut winner and both the second and third have won since. She's clearly talented and with a bit of support in the market could be a likely type.

The girls are centre stage again here and it's hard not to fancy TWIST 'N' SHAKE here, despite her only running on Friday.

She hosed up at Nottingham, backing up her second to Maqsad at the Craven Meeting. Maqsad has since shown herself to be a potential Oaks filly.

In short, it's very good form and Gosden doesn't tend to rush horses into races so soon after a recent outing. He must be confident she's up to this and is banking on bagging some early black type.

At a bigger price, I also like El Gumryah for the Simon Crisford team.

She's steadily improving and looks to have come on tonnes from two to three.

With the form of Roger Varian, it's also hard to ignore the claims of Invitational who is on the hunt for a three-timer.

This is a big step up from a Wolverhampton Novice, but she's unexposed and has brushed aside everything she's come up against as a three-year-old.

It's impossible to oppose STRADIVARIUS here, and I'm not going to over complicate things by doing so.

He won this race last year on his way to a cool million pound bonus, and also took the Ascot Gold Cup as part of that.

Conditions are no issue and this smooth moving horse seemingly enjoys it at York.

His two runs since then are easy to put a line through and he could improve by the bucket load as the season goes on, eventually proving a danger to Stradivarius.

Ispolini demands respect off the back of his Dubai Gold Cup second. This is a different test, but trainer Charlie Appleby knows how to bring them back from Meydan and he could be another danger as the season progresses.

This big middle distance handicap is wide open, to say the least.

Favourite UAE Prince, could well be a handsome winner, and is probably the deserving favourite. However, at current odds, I can't have him one bit for win purposes.

He has some smart form to his name, but hasn't won since a Ripon handicap in 2017. The flying form of Roger Varian probably has something to do with his price.

The one I like for betting purposes is MISTIROC. He made an encouraging return to the Flat at Donny and looks to have a bit of wiggle room off his mark if coming forwards for that.

Society Red saves his best for York and can't be discounted for the Richard Fahey team.

Conditions are no issue and Fahey loves a winner on the Knavesmire more than anyone.

Accomodate will take a big chunk of the market here. On handicap debut for Sir Michael Stoute, with Ryan Moore she won't be short of fans following her impressive win at Chelmsford in October.

But, there's enough doubt there to take her on on her seasonal reappearance although market signals will be key.

The one I like is AGINCOURT who ran well at Donny last time out. She looked to have needed the run and a 3lbs rise could look generous.

David O'Meara has his strong in superb form and she should run well here.

Any horses he has with a profile like this need respecting and the booking of Silvestre De Sousa tells you he's not coming here for a day out.

A puzzle and a half here, and one to take a swing at at a decent price in my book.

That dart is ALFIE SOLOMONS from the Richard Spencer stable. He drops back down to five furlongs here and looks on a decent mark from the pick of his juvenile form.

He loves the rattling ground and will have come forwards plenty for his Newmarket run.

Three Card Trick looks a fair shout for Kevin Ryan. He was fairly consistent as a juvenile, but his last two runs have dented that run.

His run behind Leodis Dream looks decent now though and if on song here could go very close off 81.

I'd also take a flyer with Daphinia for the relatively unknown Peter Charalambous.

He showed some flying form at two, the highlight being a second to Signora Cabello over course and distance.

A mark of 79 could look silly if she's ready to roll.

In the lucky last comes one of my strongest bets of the day in the form of LAAFY.

He makes his handicap bow here, and a mark of 83 looks extremely generous off the back of a convincing win at Leicester last time.

He's doubled in size from two to three and York will be right up this colts street. Plus the extra trip will also be of benefit.

Summer Moon is extremely solid for Mark Johnston and looks the first pick out of the yards trio in this. He races off a 6lbs penalty for a five length romp at Windsor.

Stablemate Fraser Island is also respected and is another that will relish this longer trip.