A YOB filmed putting a lit flare in his bum strolled into Wembley without a ticket after a 15-hour drink and drugs bender. 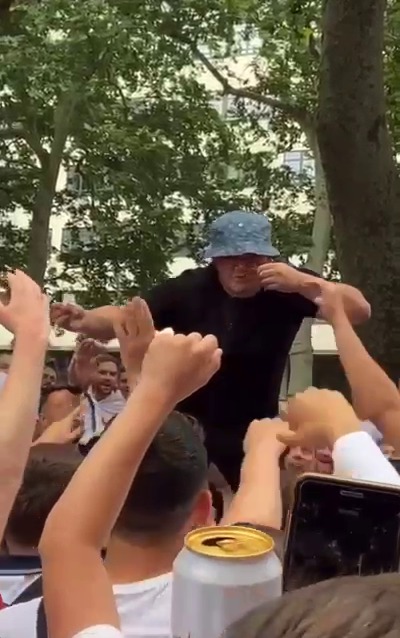 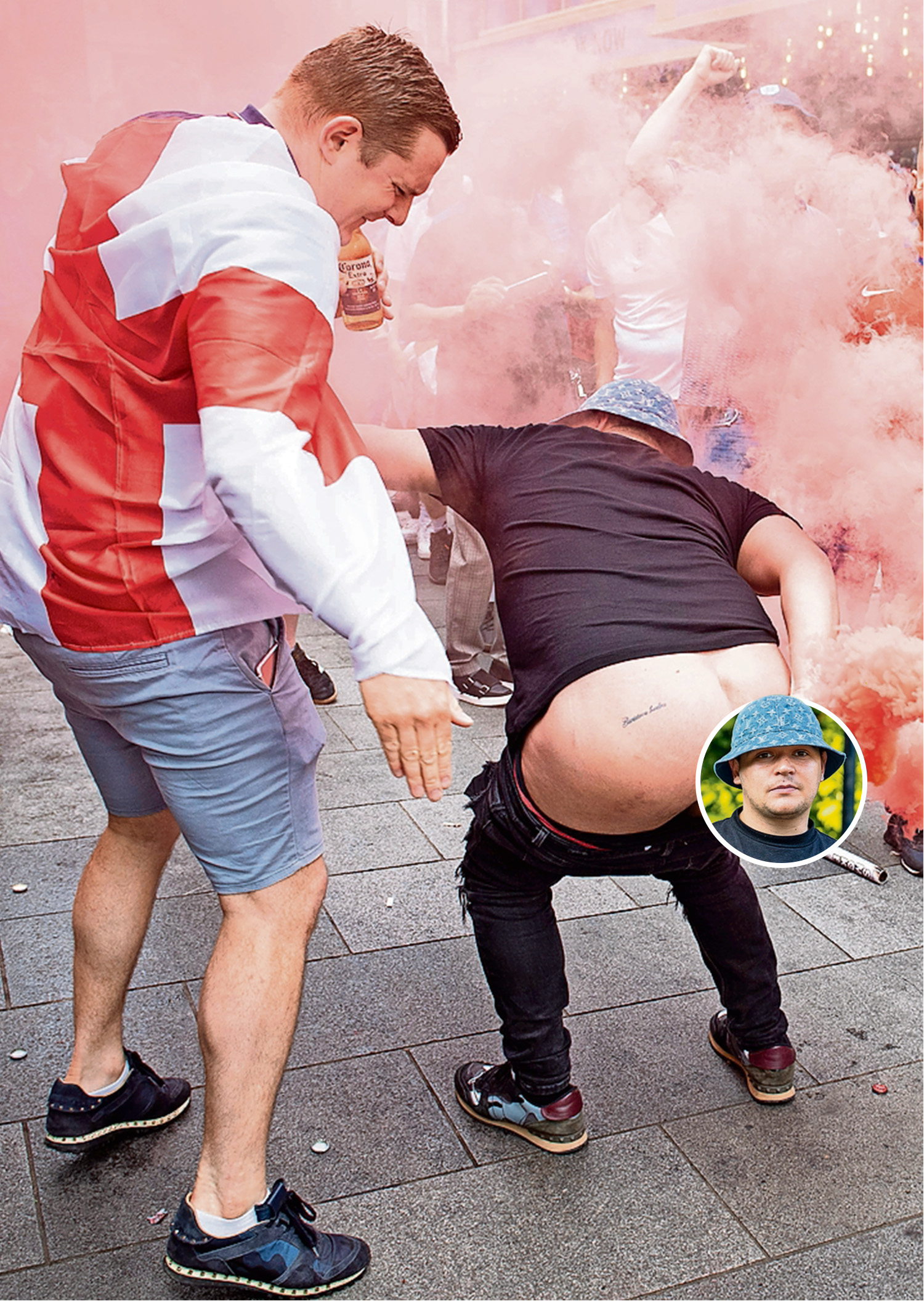 Some 2,500 gatecrashers caused mayhem but he said: “I’m not sorry.”

One of the shameful army of Wembley gatecrashers last night told how getting in without a ticket for the historic Euro 2020 final was “p*** easy”.

Brazen Charlie Perry, 25, was filmed putting a lit flare in his bum after boozing since 8.30am — nearly 12 hours before the England-Italy game.

He estimates he downed 20 cans of Strongbow and “banged a load” of “powder” throughout Sunday — but was allowed to stroll in without a ticket for the showpiece final.

Scenes of Wembley being stormed by drunken gatecrashers who then refused to budge from the seats of paying fans may wreck England’s hopes of hosting a World Cup.

But Chelsea fan Perry, who boasted of bribing a steward to get in, insisted he “regrets nothing” and is already looking forward to the next tournament in Qatar in 2022.

He gloated last night: “I’d been on the p*** since half eight in the morning and had had at least 20 cans of Strongbow.

“It was the biggest day of my life. There were no rules that day. All I know is that I loved it all. I was off my face and I loved every minute.”

Perry says he is a veteran “gibber” — a fan who sneaks into games without paying — and did the same for England’s semi-final against Denmark a few days earlier.

He said: “Obviously I didn’t have a ticket. I had gone in as a gibber before so I knew how to get into the stadium already.”

Despite being stopped initially on Sunday and thrown out, shameless Perry simply took off his jumper and distinctive £545 Louis Vuitton bucket hat and tried again.

This time he targeted a different steward, and gave him “a little backhander” at the Covid test result and match ticket area.

Perry, a roofer from Sunbury-on-Thames, Surrey, then found himself waved through.

The final stage was the turnstiles — so he got his wallet out again. He said: “To get in you have to go round the back of someone who already has a ticket.

After strolling in around 6pm, he brazenly posed for photos with others in front of the famous Wembley turf — before continuing his mammoth 15-hour bender.

He was wearing the same headgear he was seen in earlier at Leicester Square, when his dangerous antics went viral.

As thousands of England fans drank and sang there around midday, he was filmed snorting a cocaine-like substance.

Minutes later, urged on by crowds of boozing onlookers, he pulled his trousers down and placed a flaming firework between his buttocks.

A tattoo can be seen on one cheek saying “Benidorm Bunters” — a reference to a stag weekend.

As laughing fans filmed his reckless stunt, Perry said he felt no pain from the sizzling flare because he was already so wrecked. He also claimed he was only trying to cheer people up after Covid. 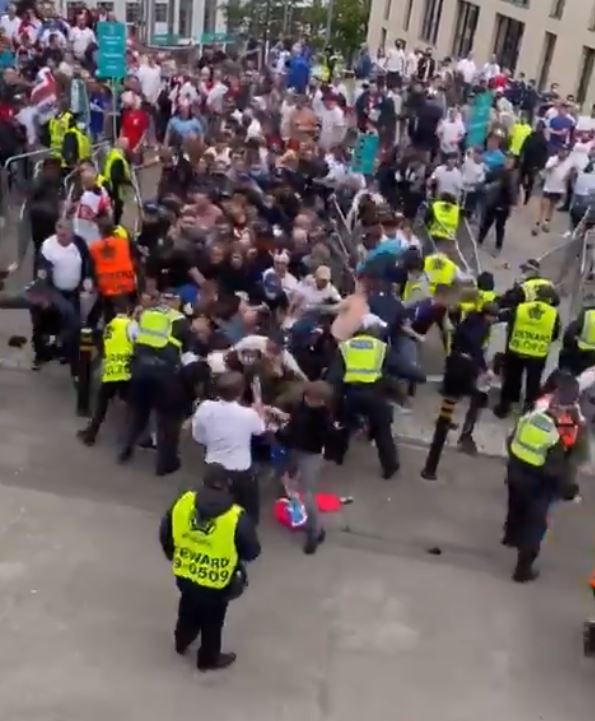 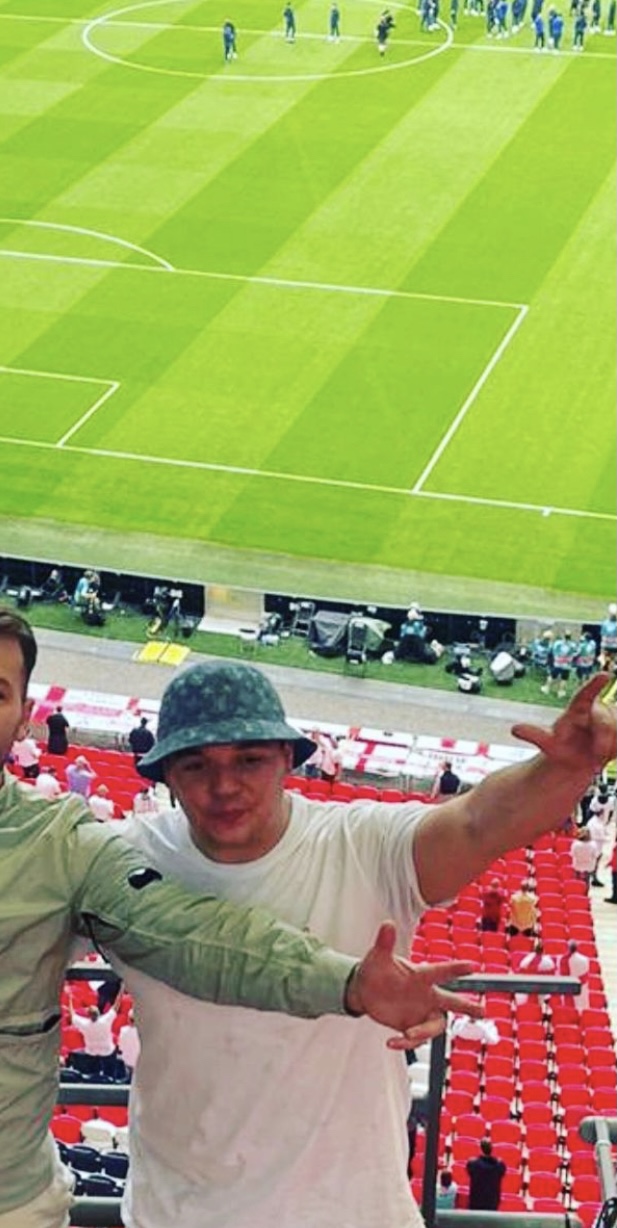 Perry said: “After 18 months of misery, I thought it would bring the England fans together.

“It was the biggest day in English football for 55 years.

“There were thousands of fans in Leicester Square, the atmosphere was amazing.

“Everyone was fooling around, there was a bit of a competition to do stuff so I just thought I’d put the flare up my bum. It was the biggest day of my life apart from Chelsea versus Man City in the Champions League.”

He went on: “The flare burnt for about ten seconds or so around the cheeks, I didn’t feel a thing because I was highly intoxicated. No one dared me to do it.

“It was a very irresponsible thing to do.” Some 2,500 gatecrashers caused chaos when they stormed Wembley on Sunday, trampling on fans and leaving England defender Harry Maguire’s father with suspected broken ribs.

The FA has since been charged on several counts by Uefa, which is opening an investigation into the chaos, potentially harming any future World Cup bids.

But when asked by The Sun if he would apologise for his recklessness, Perry said: “Nah, no way. I’m not saying sorry.”

Asked what he would say to the England squad, who crashed out on penalties to Italy, he said: “The players in the team did really well.

“My mates and I had one of the best six weeks of our lives. See you in Qatar.”

The FA has been slammed over the Euros security fiasco, which saw a disabled access door stormed by thugs. Terrified paying fans also claimed the police were nowhere to be seen as violence erupted all around the ground. 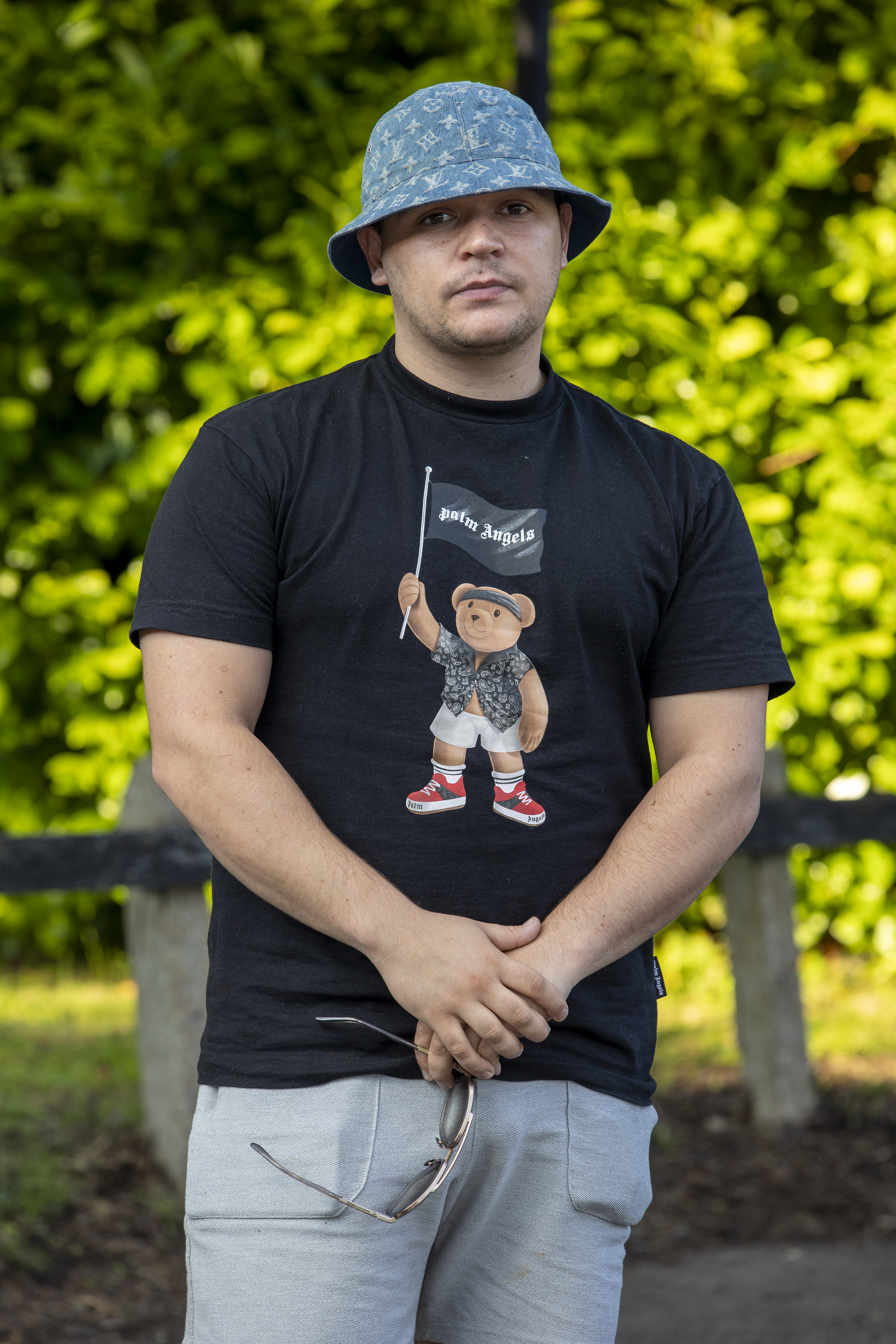 The Met’s Deputy Assistant Commissioner Jane Connors last night slammed hooligans who were “fuelled on alcohol” for tarnishing the historic 2020 final — at Wembley and at London landmarks.

But she refused to accept that the policing operation had failed — and even claimed it prevented the game being called off. She said: “I want to reiterate the Met’s commitment to identifying those responsible for the scenes both in Wembley and in central London. Their actions will have consequences.

“I do not accept that the policing operation failed and I stand by the difficult decisions made by police officers and the Met’s public order commanders. Without their immediate intervention, it is possible that this game could have been abandoned. The ugly scenes at Wembley will rightly be reviewed by the Football Association and by police.

“Where lessons can be learnt we will work with partners to ensure that future matches are not disrupted by a group of hooligans who are fuelled on alcohol.”

The FA said it is conducting a full review but claimed stewarding numbers exceeded requirements.

It added: “However, the behaviour of the people who illegally forced their way into the stadium was unacceptable, dangerous and showed total disregard for the safety and security protocols in place. We also apologise to anyone at the match whose experience was affected by this unprecedented level of public disorder.”