WWE's WrestleMania 37 plans were thrown into chaos by heavy storms less than an hour before the event started.

Vince McMahon's company were welcoming fans back for the first time in over a year – but poor weather conditions forced those inside the Raymond James Stadium to be evacuated. 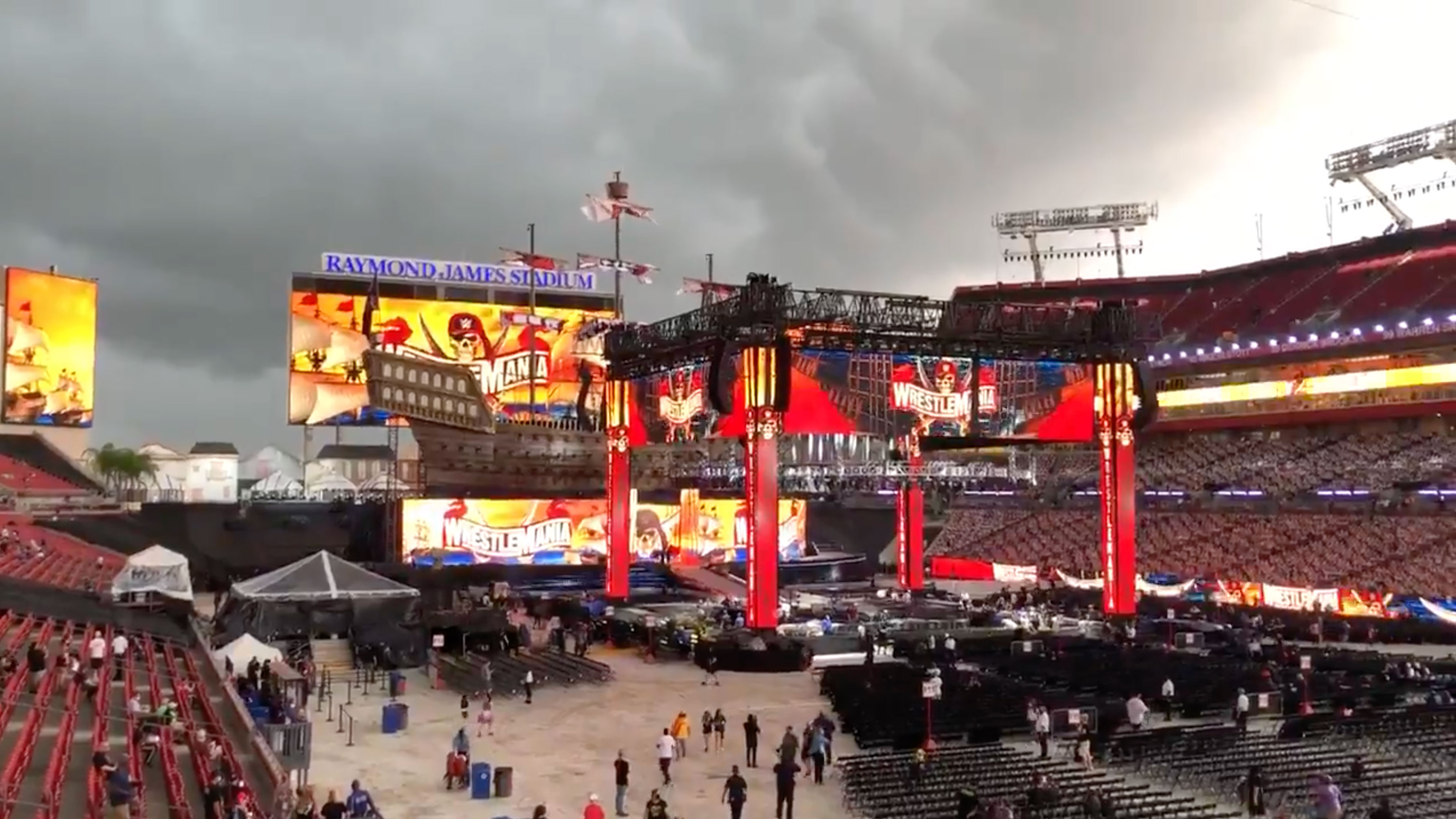 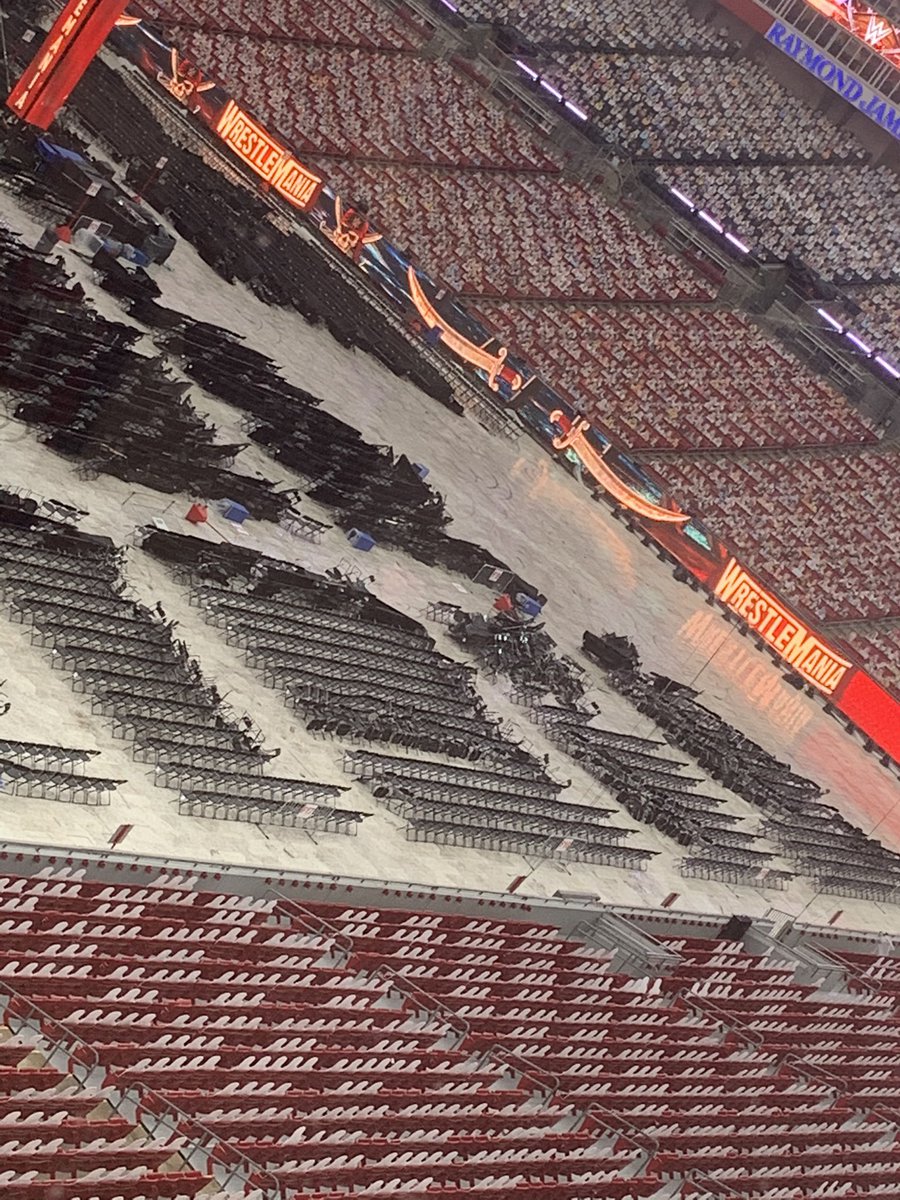 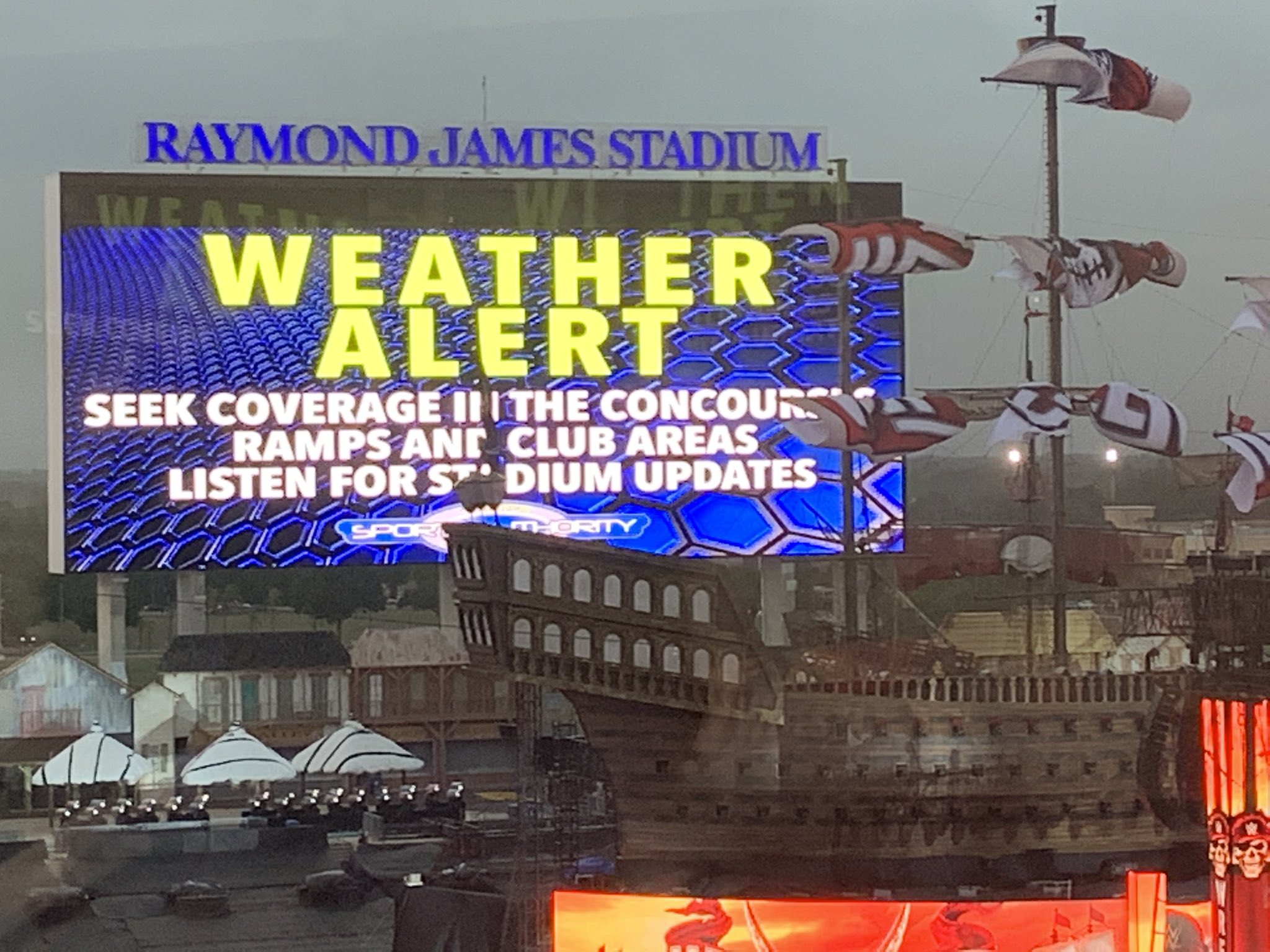 As soon as the show was about to begin, WWE commentator Michael Cole announced a delay due to weather conditions.

Florida's forecast had predicted thunderstorms on both nights of the Show of Shows and unfortunately, the rains came before the wrestling extravaganza could even start.

The harsh wind began knocking over floor seats while traffic outside the arena was reportedly at a standstill.

Fans already inside the Raymond James Stadium were told over the PA system that they were temporarily evacuating due to weather concerns.

It said: "Ladies and gentlemen, please be advised as severe weather, including lightning, is within the immediate vicinity of Raymond James Stadium.

"At this time we ask that all fans seek shelter on the covered concourse nearest your seats."

Respected wrestling journalist Bryan Alvarez claimed that such was the severity of the conditions that WWE have put WrestleMania "on hold".

The report added that the company's tech department are fixing some minor damage before the pre-show can get underway.

After an hour under shelter, fans were told that they were able to return to their seats with the event set to go ahead without further weather issues.

This year's 'Mania will have a match featuring a Grammy-award winning singer with Sasha Banks and Bianca Belair set to headline night one.

But stars like Charlotte Flair and Brock Lesnar do not have a match for this weekend's two-day Wrestlemania 37 event at all.