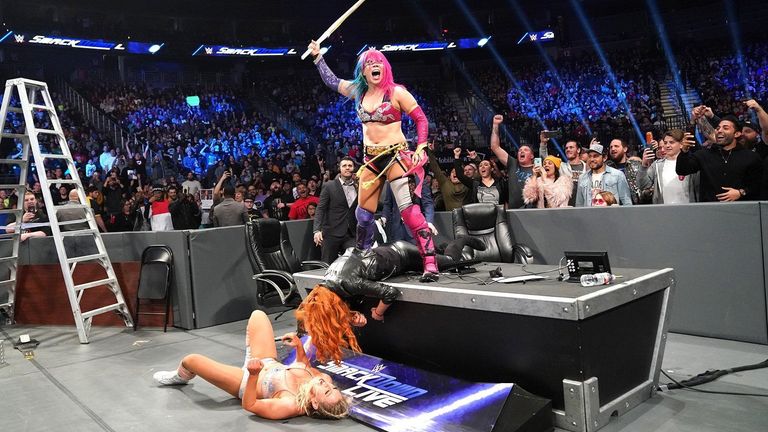 Asuka laid out both Charlotte Flair and women’s champion Becky Lynch with a brutal kendo stick attack on SmackDown.

The Empress and the Queen squared off in singles competition – with Lynch taking a scouting role at ringside – and the finish to the match had a familiar feel to it.

Flair, perhaps again sensing the contest was slipping away from her, reached under the ring for a kendo stick and drilled Asuka with it, causing herself to lose by disqualification.

That meant the win went to Asuka, but she wanted more than just another notch in the W column as revenge for her WrestleMania loss, and made a big statement ahead of Sunday’s triple threat at TLC.

First she wiped out Flair and then turned her attention to Lynch to leave both women down and out and Asuka standing tall just five days before the tables, ladders and chairs match for the SmackDown gold. 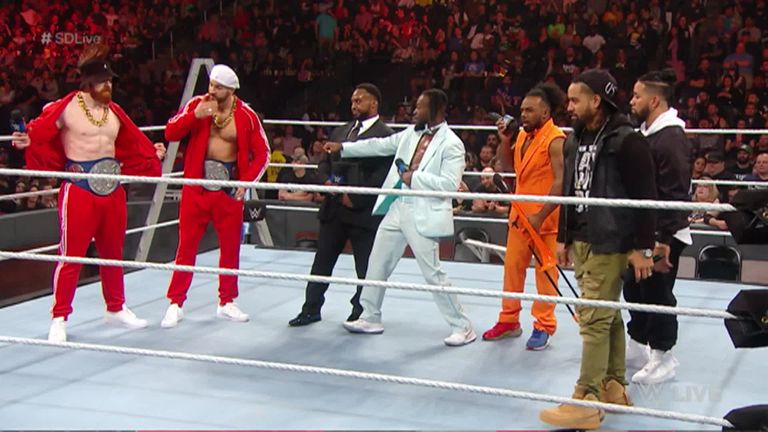 Sheamus and Cesaro had their work cut out in the rap battle against The Usos despite being decked out in red Run DMC-style vintage adidas tracksuits and performing their own interpretation of Vanilla Ice’s Ice Ice Baby.

The Usos clearly had the edge when it came time for them to deliver their ‘bars’ but no overall decision could be made by the New Day judges before things turned physical.

After all seven men brawled around the ring it was The Bar who were left standing, tag-team titles raised. Will the same picture be played out at the end of TLC? 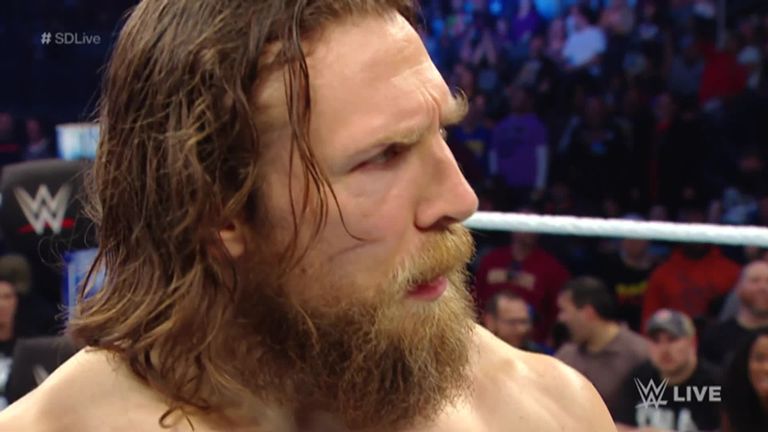 WWE champion Daniel Bryan was challenged by 205 Live favourite Mustafa Ali and although he initially laughed off the cruiserweight, things turned nasty and a verbal confrontation and the match played out.

The tide in the contest turned when Ali missed a 054 from the top, allowing Bryan to attack his leg with the same level of brutality he displayed towards AJ Styles last week.

After forcing Ali to tap to the Heel Hook, he then continued the assault on the entrance ramp, sending a violent – but completely unnecessary – message to his TLC opponent Styles.