WWE star Alexa Bliss was forced to call the police after she received death threats from a deranged Instagram follower.

The two-time SmackDown Women's Champion has been on the receiving end of horrific threats from an anonymous user – who threatened to shoot her and her husband Ryan Cabrera. 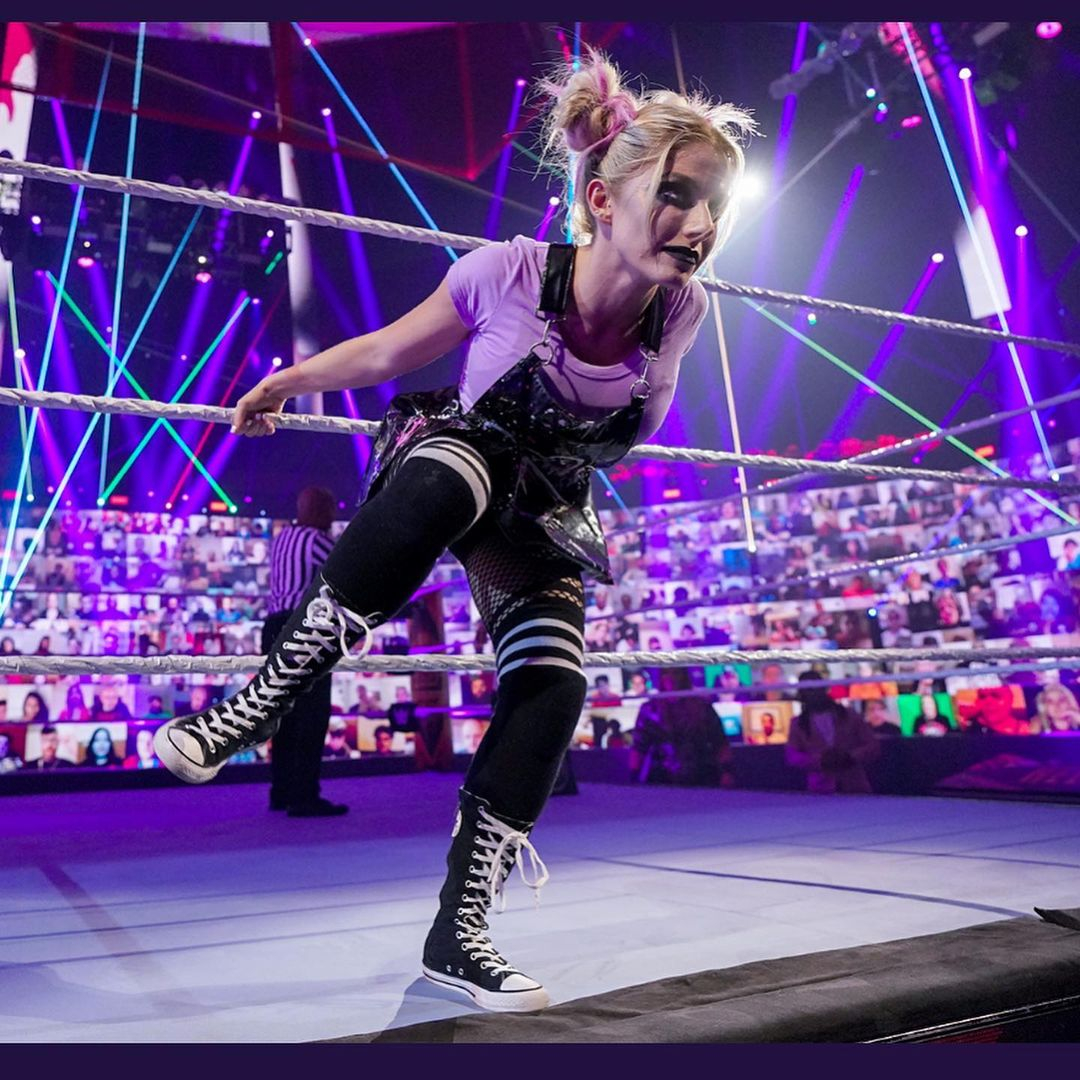 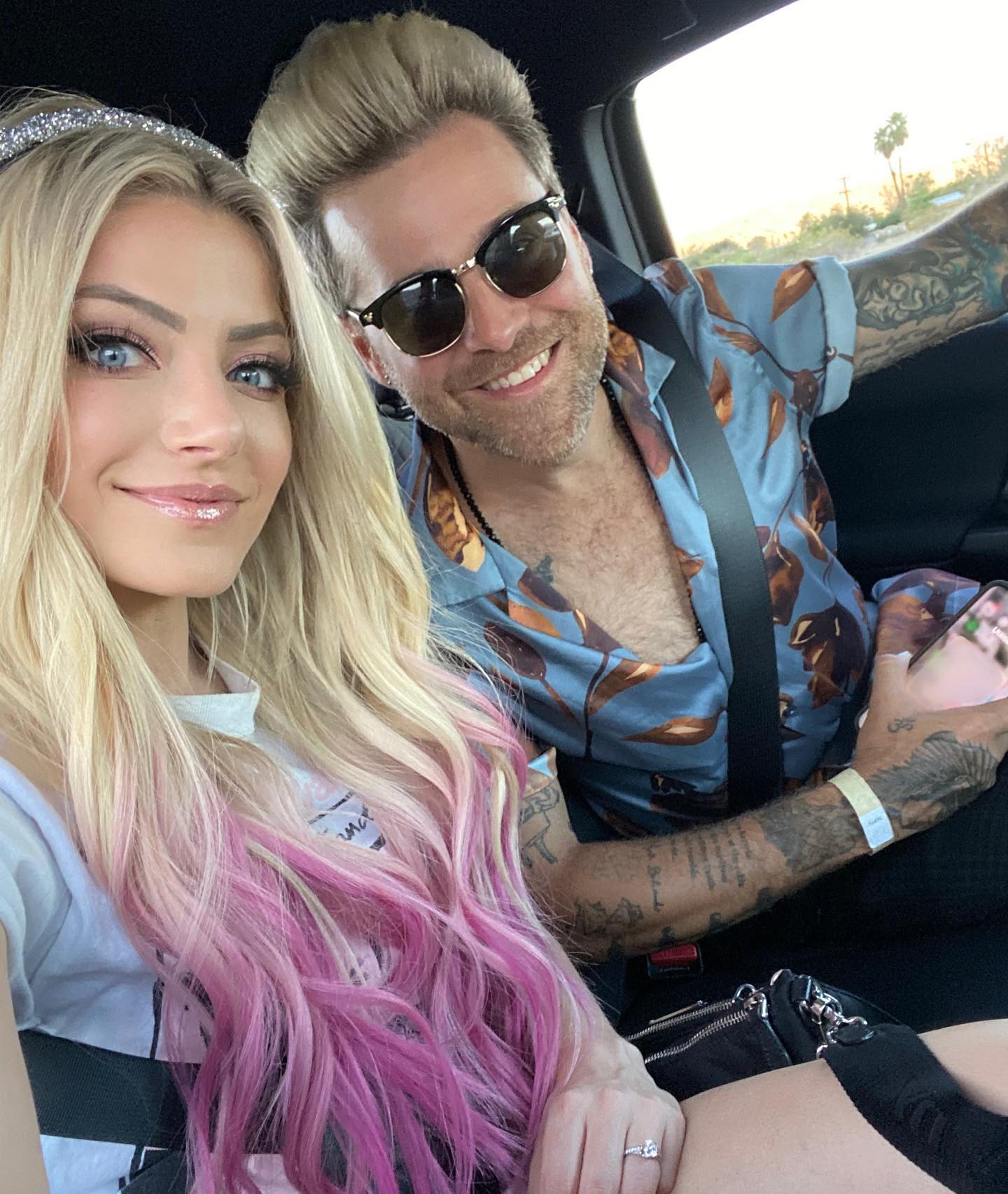 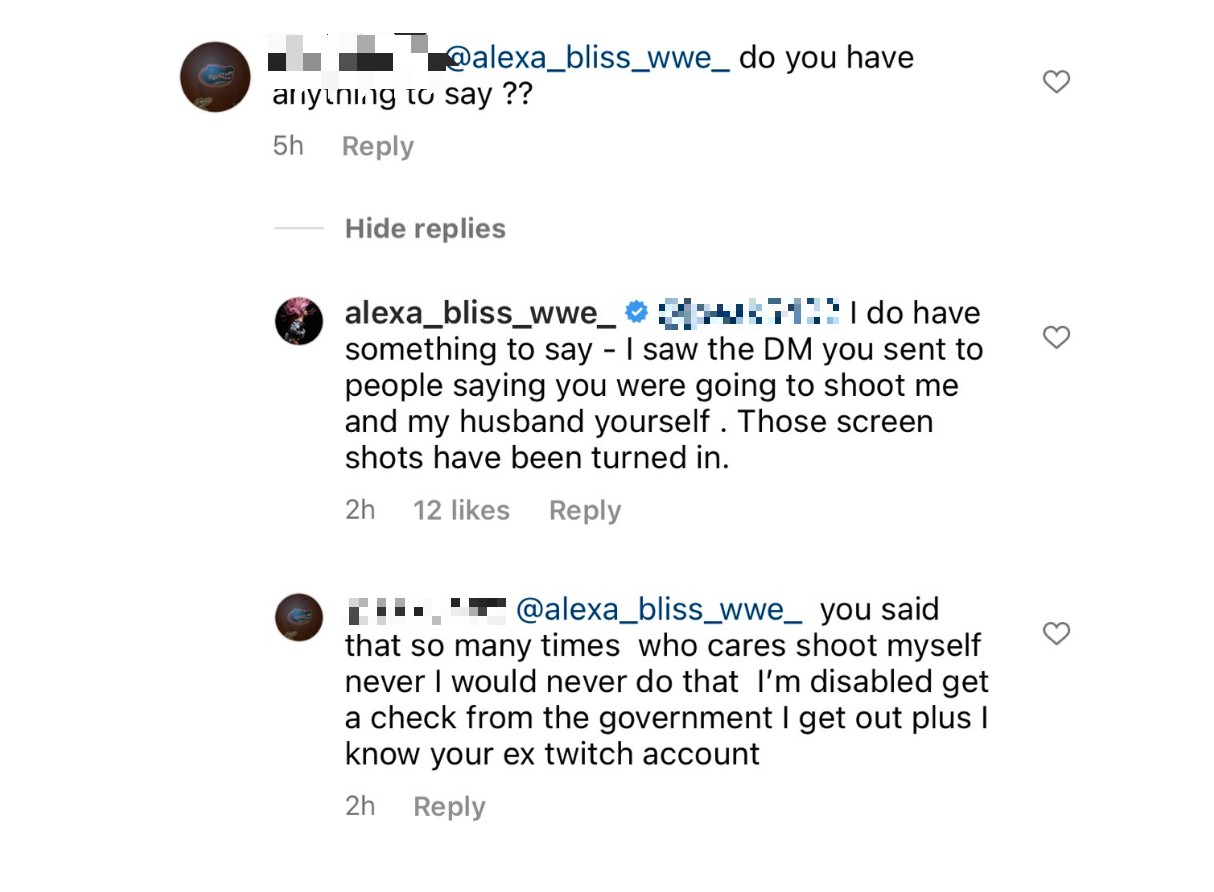 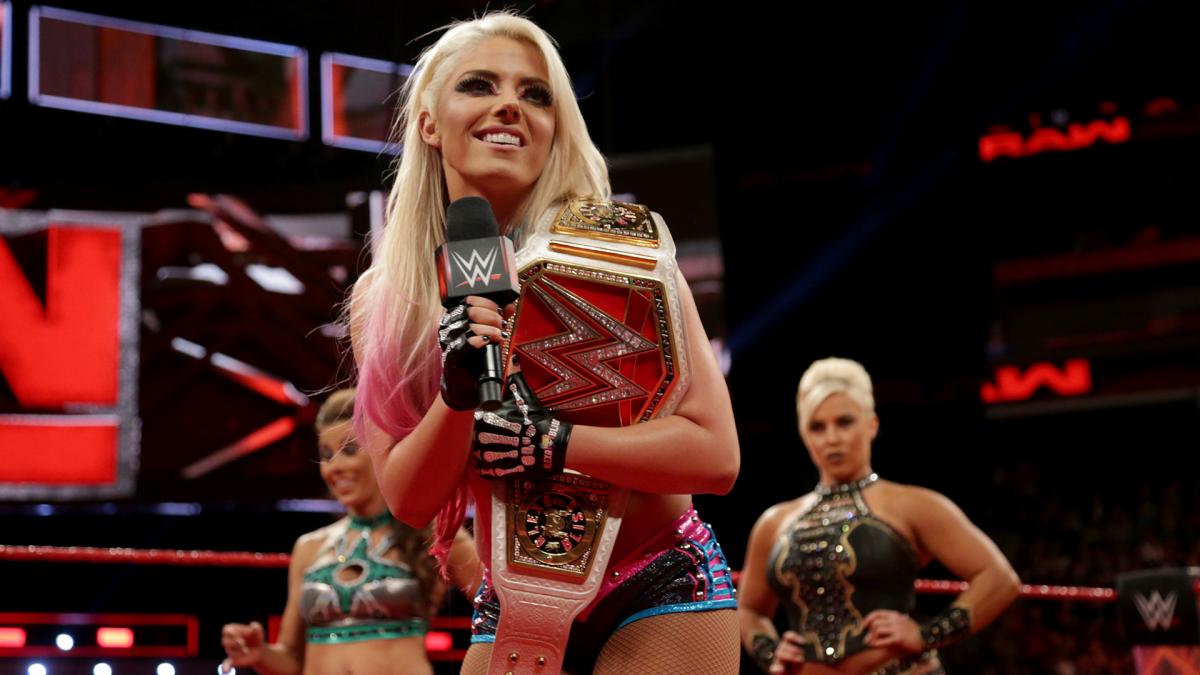 After the account left a series of disturbing comments on her page, Bliss wrote: "I do have something to say.

"I saw the DM you sent to people saying you were going to shoot me and my husband yourself.

"Those screenshots have been turned in."

The social media troll caught the attention of Bliss by writing: "@alexa_bliss_wwe_ so you can’t stop me there what you going to do put an restraining order on me that’s not goin to work cause you can’t do that sweetheart nice try tho.” 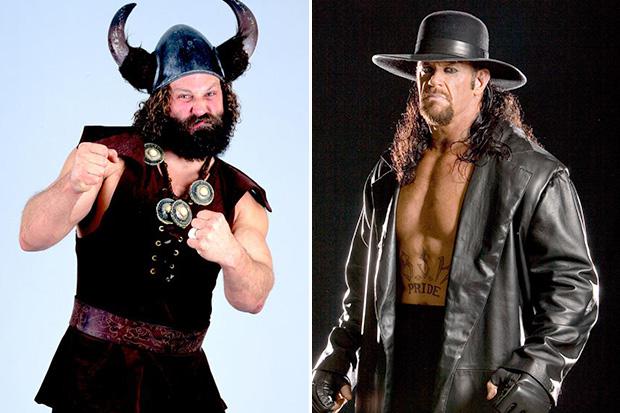 Free bets: Get £30 BONUS to spend on any sport with William Hill special offer

Bliss, sadly, is no stranger to having to deal with online harassment.

Last February, an obsessive fan accused Cabrera of already being married before he tied the knot with Bliss. 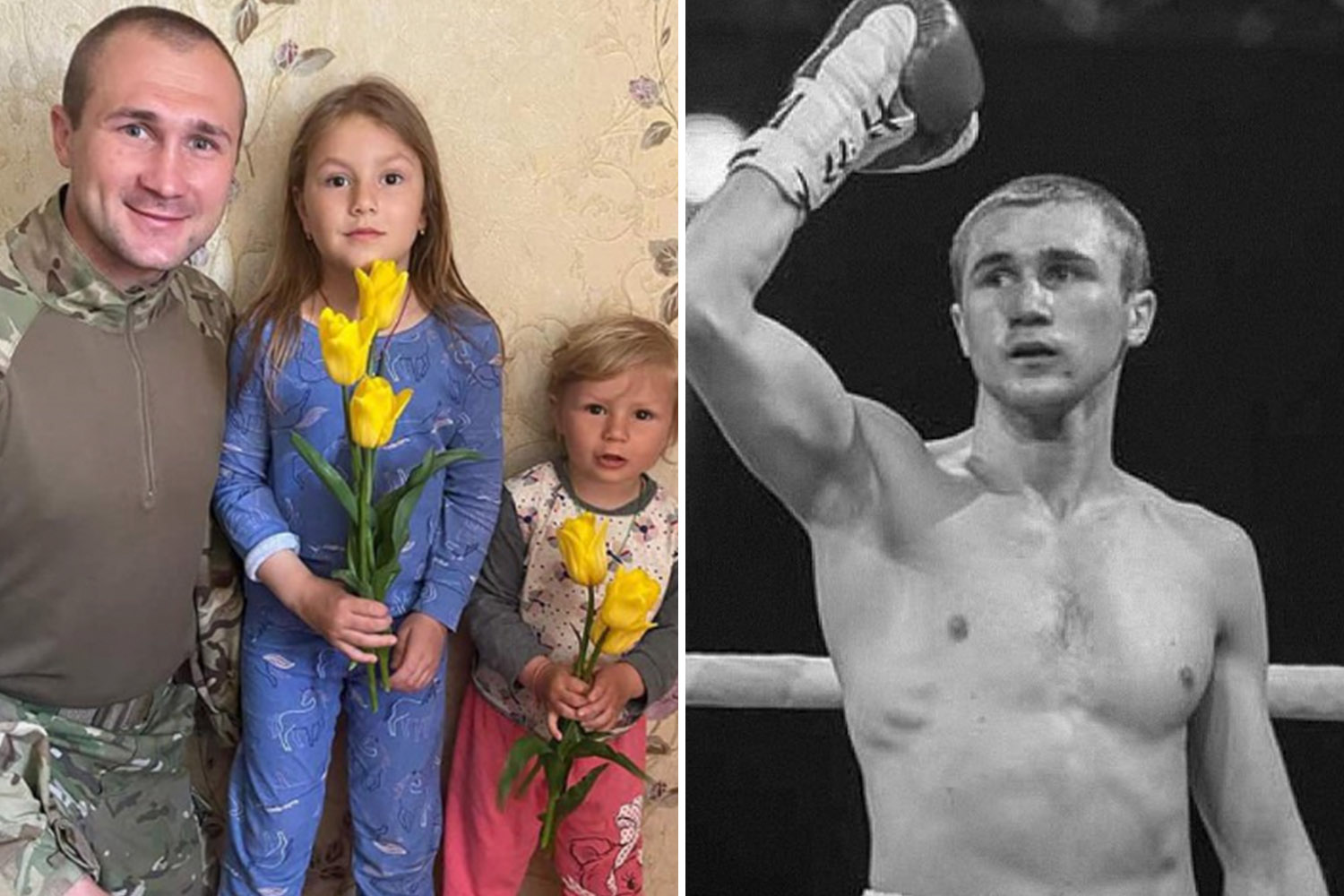 'HEROES DO NOT DIE'

They tweeted her saying: “I’m being honest with you ok I’ve shown you pictures of his wife she has been looking for him he has been lying to you.

“Oh yes, and you forced her to marry you by threatening her and her family you're the bad guy I’m the good guy who will do anything for Lexi cause I put her first you only put yourself first.”

An irate Bliss responded by saying: “Sir, once again for the one-millionth time. You do not know me.

“Stop making multiple accounts every time I block you, and stop harassing my fiancé.

"I really don’t know how many more times I can say this. Please MoveOn.”

Her new entrance music caused quite a stir among WWE fans – some of whom were critical of the lyrics.

She said of the criticism: "Last time I actually helped with my entrance music – we wrote the lyrics with my acting coach & WWE – gonna stay for a little bit."