The Hammers were hot favourites to continue a glorious December run that saw them pick up more points than Burnley had managed all season. 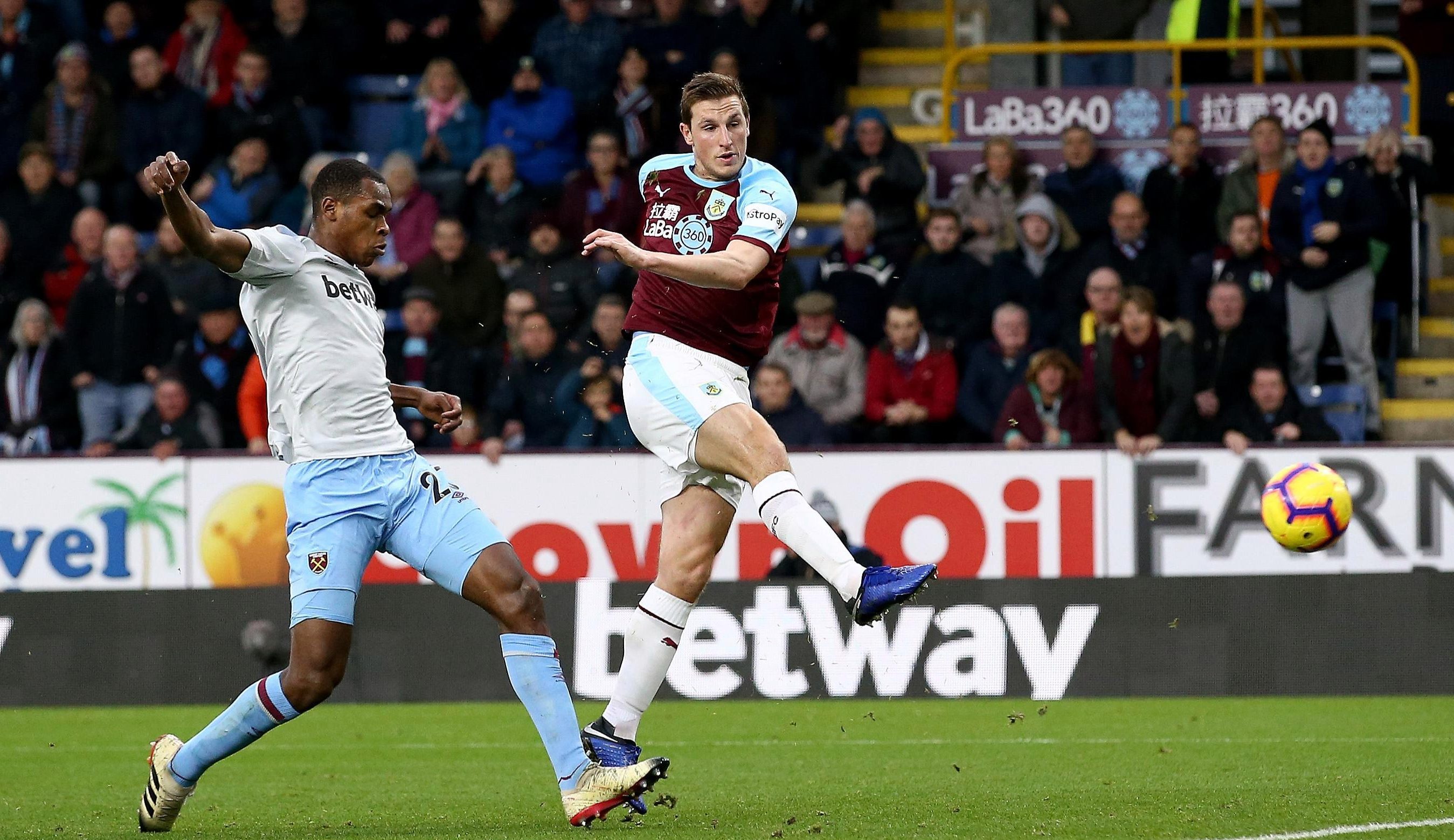 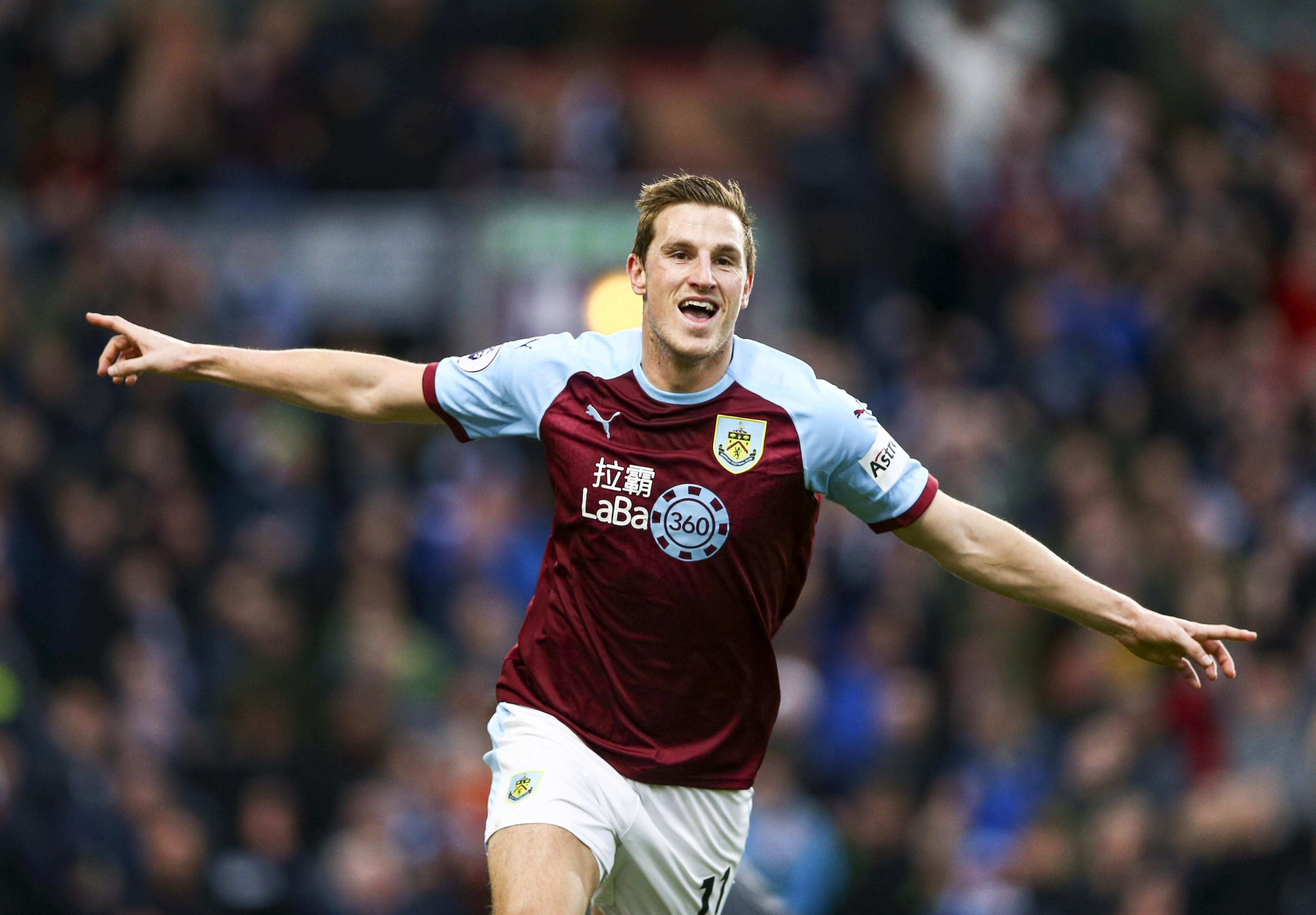 But Wood had other ideas. He opened the scoring after 15 minutes with a powerful finish, and that set the tone for Burnley’s best performance of the season.

Wood was recalled as one of five changes to the team thrashed 5-1 here by Everton on Boxing Day, and Clarets boss Sean Dyche must have been swayed by the £15million striker’s stellar record against West Ham.

He grabbed a late equaliser in the corresponding fixture last year, struck twice as Burnley won 3-0 at the London Stadium, and was again on target when his team were beaten 4-2 on their return visit seven weeks ago. 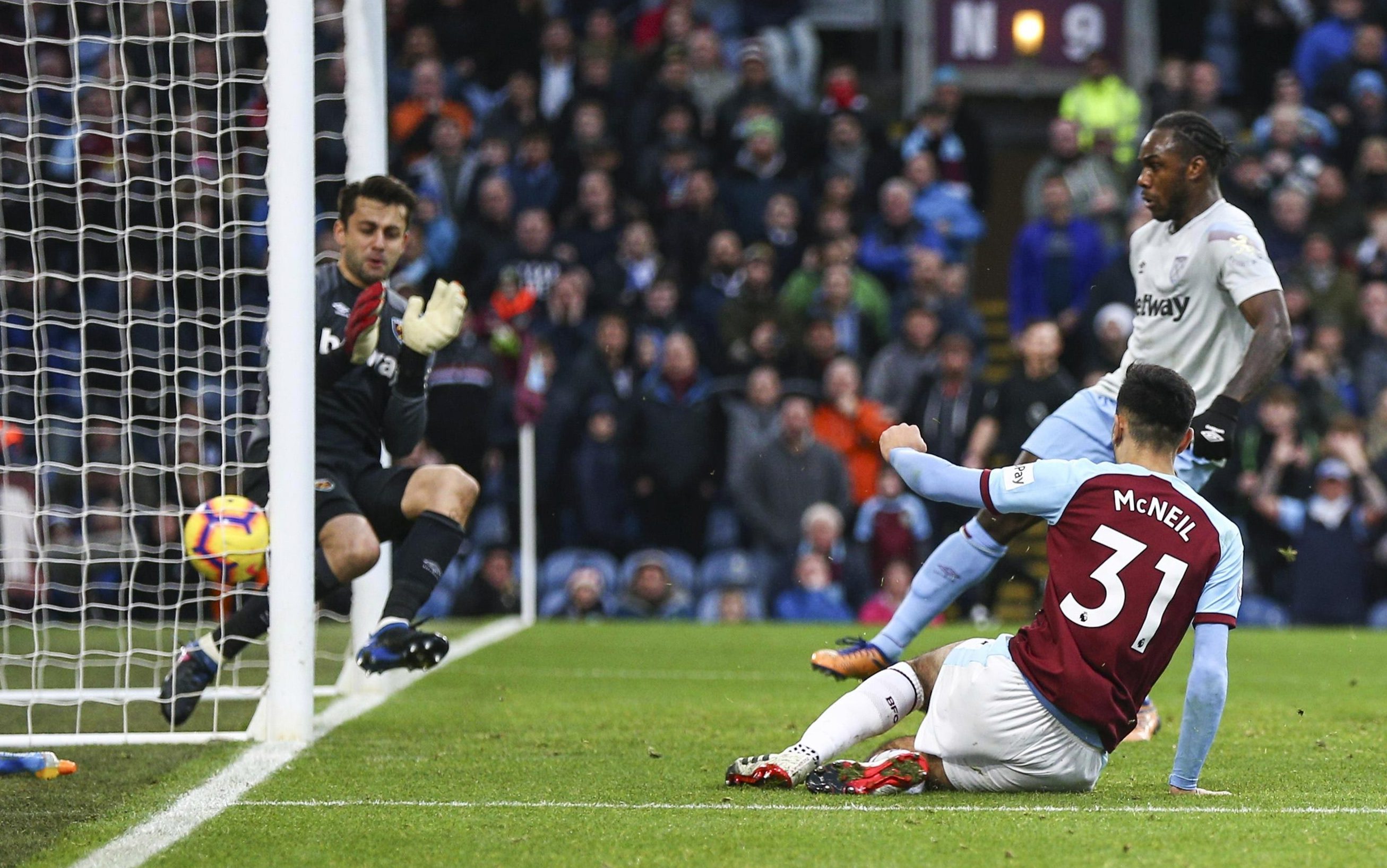 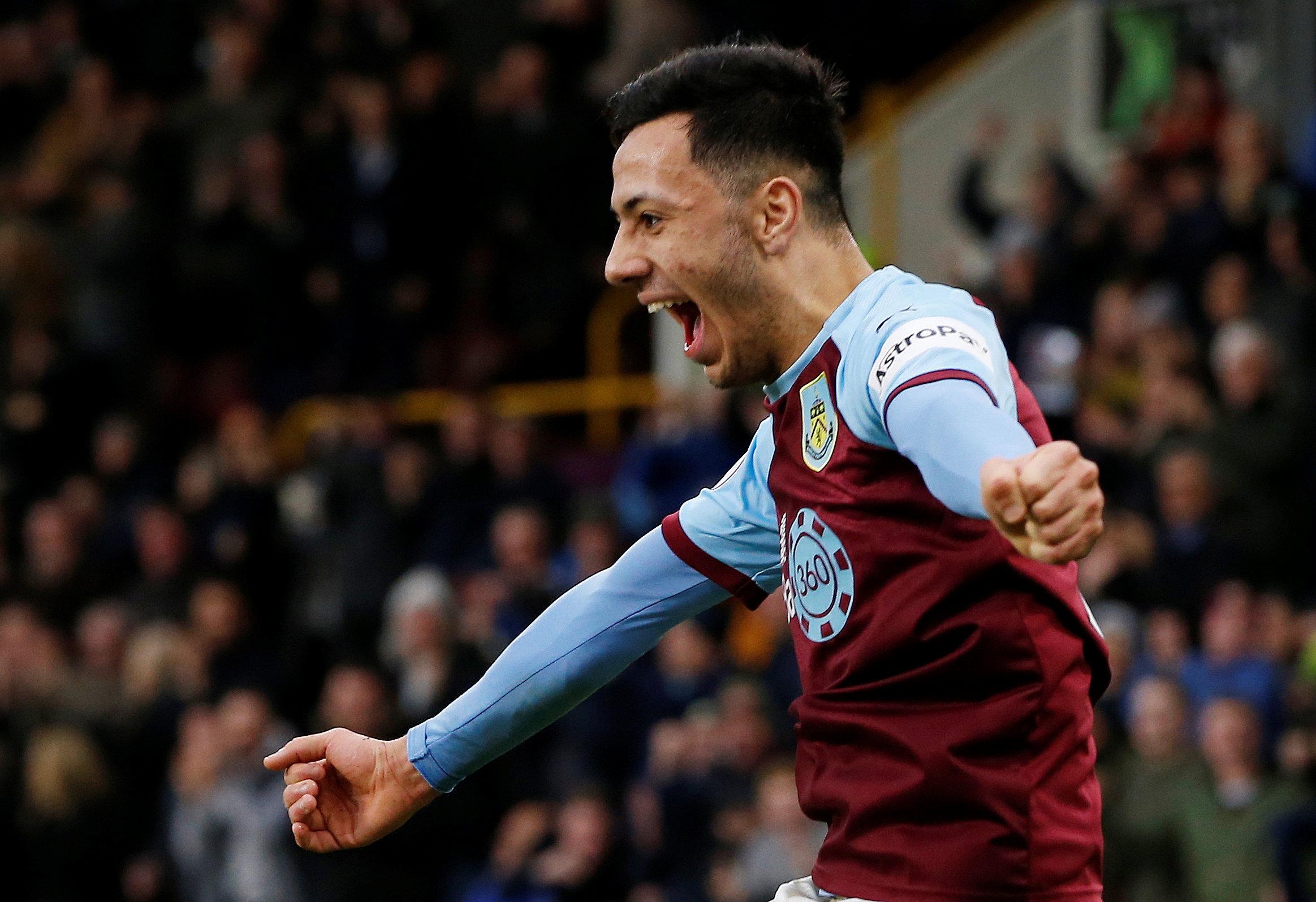 The other star performer was 19-year-old winger Dwight McNeil, making only his second Premier League start.

He celebrated by sweeping home the second goal 11 minutes before the break, while Dyche’s other big call – restoring club captain Tom Heaton in goal in place of Joe Hart – also paid dividends with just a fourth clean sheet of the season.

Heaton did not have to do much to justify his return to the side, just when it seemed certain he would be leaving in the January transfer window.

West Ham were simply woeful in the first half, and did not improve much after Pellegrini made a double change at half time, sending on Andy Carroll and Grday Diangana for the ineffective Lucas Perez and Robert Snodgrass.

Carroll’s most telling moment came when he clattered into Ashley Barnes, leading with his arm as they went up for a high ball and sending his opponent flying.

Carroll was sent off for a similar challenge here last season, and he could count himself lucky to escape with a yellow this time.

At the other end, Wood could – and should – have had a hat-trick.

He missed the ball completely when Barnes put him through shortly after half time, and then wasted a one-on-one with Lucasz Fabianski by shooting well wide. 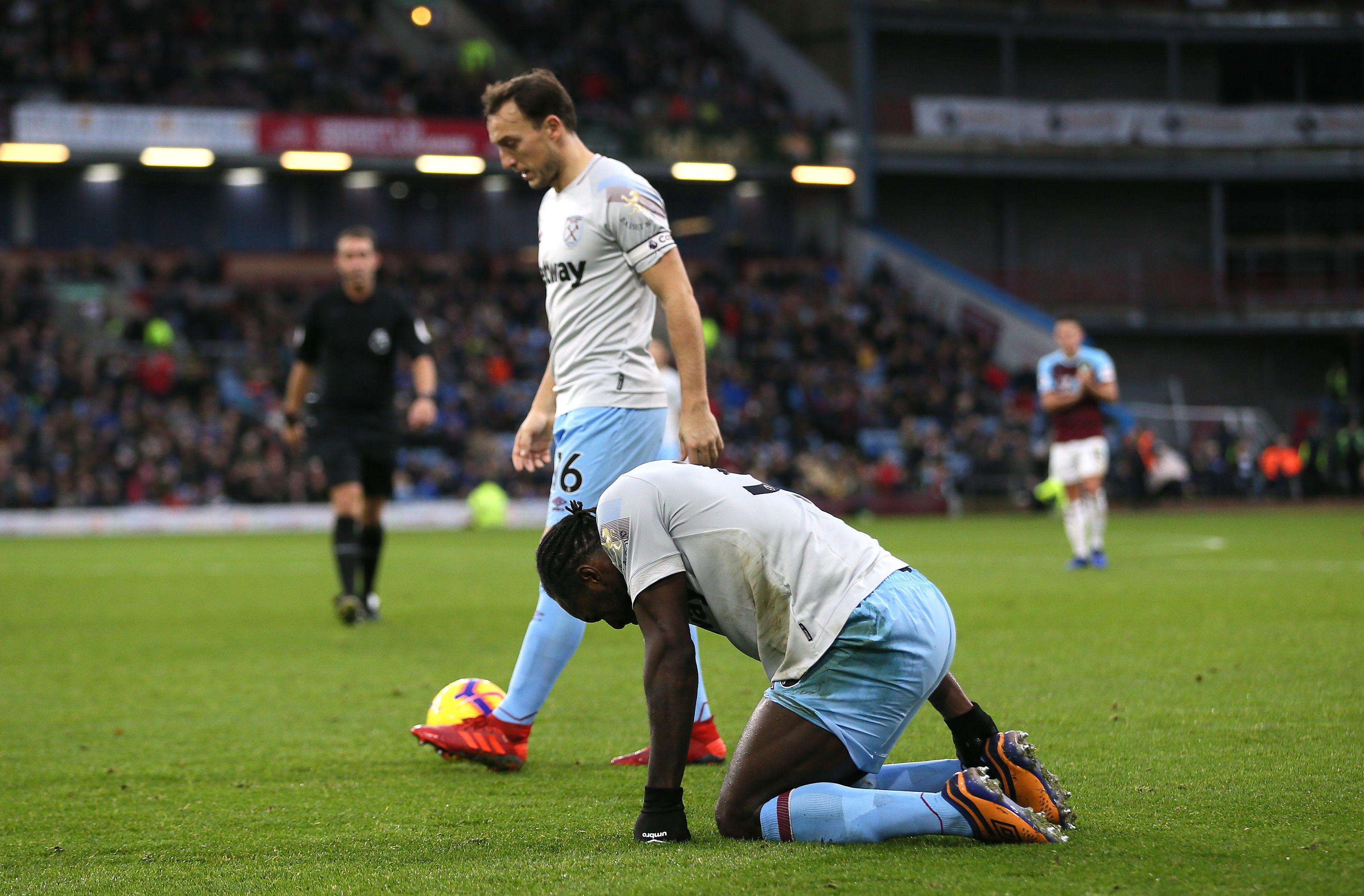 Barnes, who set up his strike partner’s early goal with a clever downward header better when Wood turned provider.

He shot straight at Fabianski, although the West Ham keeper deserved some credit for spreading himself bravely at the feet of the Burnley man.

Fabianski certainly owed his team-mates. He was beaten at the near post for both goals, and would have been particularly embarrassed at failing to prevent McNeil squeezing the ball past him from a ridiculously tight angle.

Burnley’s only regret will be that they failed to improve their goal difference even more. That is the only thing keeping them in the bottom three, as a fourth win of the season hauled them level with Southampton on 15 points.