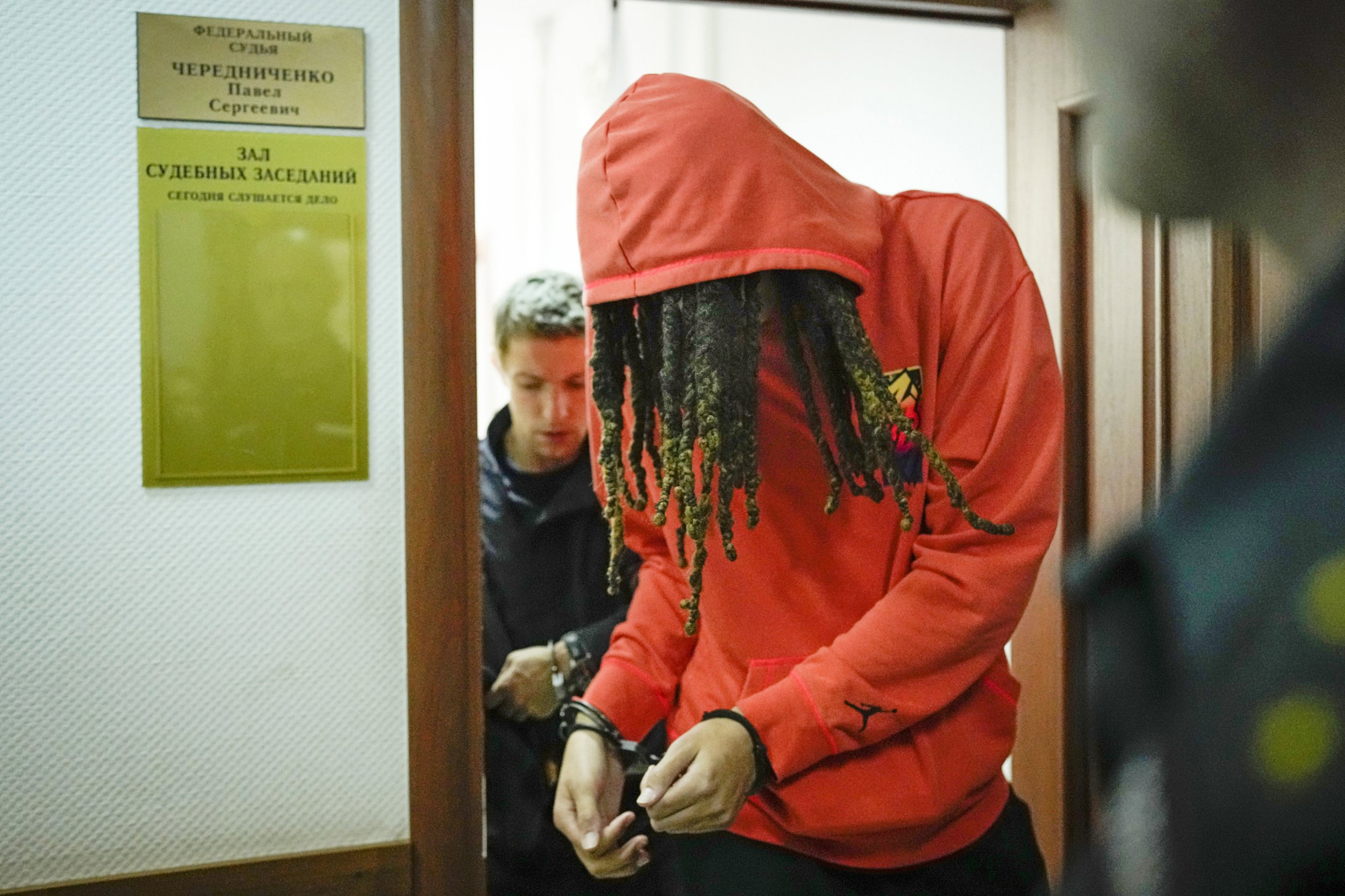 The pretrial detention for Women’s National Basketball Association (WNBA) star Brittney Griner has been extended for a month, her lawyer said.

Attorney Alexander Boykov said the relatively short extension of the detention could mean the case would go to trial soon, he told the Associated Press.

The Phoenix Mercury center has been in detention for nearly three months. Last week, President Biden said the basketball star had been ‘wrongfully detained’ by the Russian government. The classification means the White House will more aggressively push for her release, even as the legal case against her plays out.

Griner, 31, was detained at a Russian airport in February after authorities found vape cartridges containing oil from cannabis in her bag. The drug charges could carry a maximum sentence of 10 years in prison.

The two-time Olympic gold medalist appeared Friday for a brief hearing in handcuffs and a red sweatshirt. Her attorney said she has not complained about the detention conditions.

The US State Department’s move on Griner’s case came after the release of Marine veteran Trevor Reed, who returned to the US from Russia as part of a prisoner swap.

Until then, US officials had stopped short of saying the women’s basketball player was wrongfully being held abroad.

‘The welfare and safety of US citizens abroad is among the highest priorities in the US government, the state department said. ‘The Department of State has determined that the Russian Federation has wrongfully detained US citizen Brittney Griner.’

‘…The US government will continue to undertake efforts to provide appropriate support to Ms Griner,’ the statement said.

The WNBA released a statement after the change of distinction, saying, ‘Today’s news on Brittney Griner is a positive development and a next step to getting her home. The WNBA is in constant communication with the US government on Brittney’s case, working together to get her home safe and as soon as possible.’