Chris Waller continues to be amazed by Winx since she returned to the stable, but it is Golden Rose and Caulfield Guineas winner The Autumn Sun and his fellow three-year-olds that give his team an x-factor for the autumn and beyond.

Winx has had a couple of gallops, which is enough to show the champion trainer she is back, but it is The Autumn Sun that has him excited. 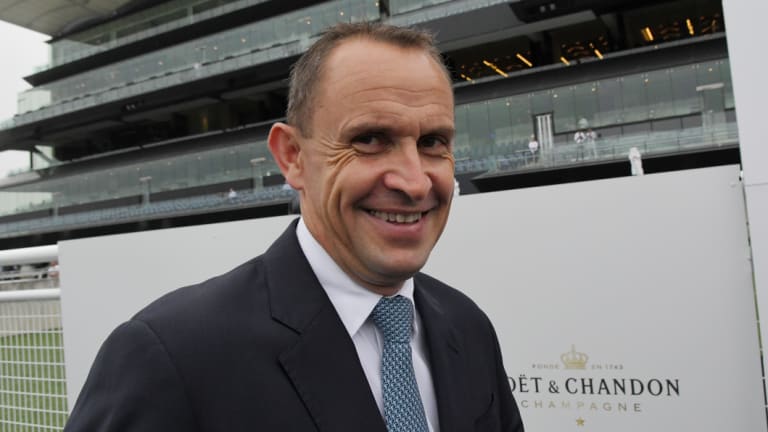 ‘Tis the season: Chris Waller was bullish about the prospects of The Autumn Sun when quizzed at Randwick yesterday.Credit:AAP

The Redoute’s Choice colt has come back 20 kilos heavier and developed into his body.
The Hobartville Stakes and Randwick Guineas are the only two races secure his agenda.

“He has come back unbelievable,’’ Waller said. ‘‘He needed to grow and develop, and he has. His manners are fantastic. You wouldn’t know he is a stallion, and that to me suggests he’ll be a force to be reckoned with in the autumn. I don’t know how good he is, I really don’t.’’

High-class three-year-olds Zousain and Lean Mean Machine will be restricted to sprinting tasks in the autumn but have the Melbourne group 1s in their sights as well as Royal Ascot.

“I would love to get them to a race like the Diamond Jubilee Stakes, but they will sprint in the autumn,” Waller said. “If they come up the way I think, that would not be out of question.”
Waller said Winx was ahead of schedule and will have her regular two barrier trials before resuming in the Apollo Stakes.

The decision to move of Saturday’s meeting from Warwick Farm to the Kensington track because of predicted hot weather caused considerable debate during the week, and it did no favours for the Paul Cave-trained Spanish Dream.
The four-year-old mare, which doesn’t travel well, had to be scratched on vet’s advice after arriving at Randwick because she “got too hot” on the float trip and started kicked out in the stalls.

There is plenty other races for Ljungberg rather than heading up to the Gold Coast for next week’s Magic Millions Guineas after a win with a touch of class on the Kensington track at Randwick on Saturday.

Having his fifth start   and first since his win on a heavy track at Canterbury on December 14, the three-year-old lived up to his $2.90 favouritism to beat Above And Beyond ($12) by 3 lengths. 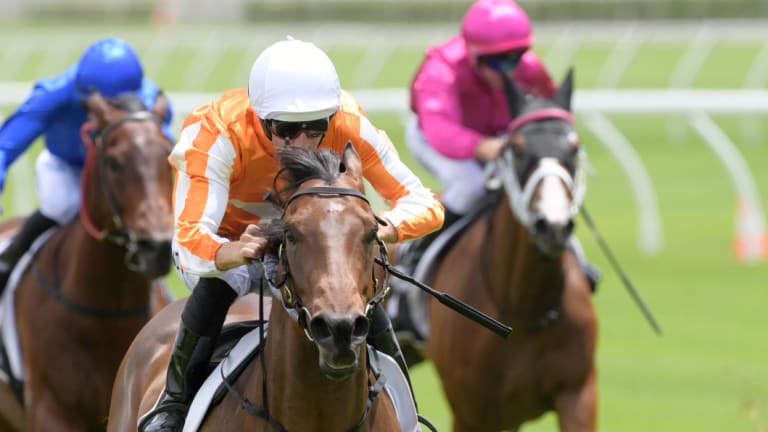 ‘‘He is a nice horse and has always shown he can gallop,’’ Trainer Ron Quinton said. ‘‘But he won’t be going to the Gold Coast. There are plenty of other races for him here this preparation. As David Lamond always used to say to me, you run out of horses before you run out of races.’’

Lamond, who died five years ago, was a long-time friend of Quinton and one of his supporters when he took up training after a stellar career as a jockey. Ljungberg sat three wide but was too good for his rivals to give Hugh Bowman, who did his apprenticeship with Quinton, a double.

“I don’t get to ride for Ronnie much these day but he has a nice horse there,” Bowman said. “He is still learning and doesn’t really know what he is doing. There were a couple of times there where he could given it away but he didn’t. He has got a nice future.”

The frustration of a couple defeats had Chris Waller changing his tactics, successfully, with Sweet Scandal on Saturday. 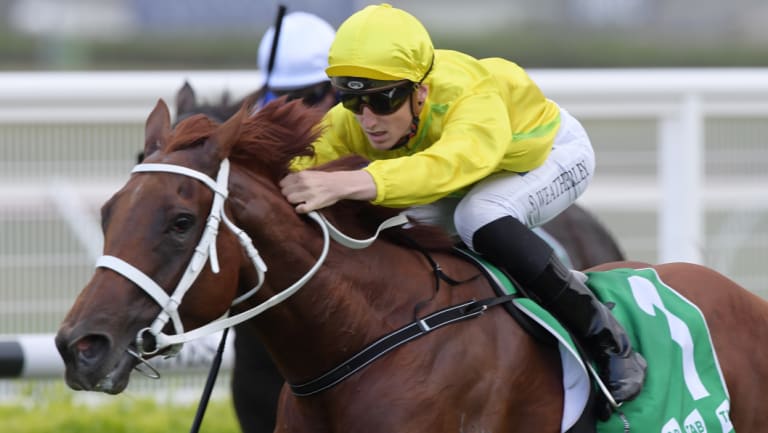 Leading role: A change of tactics paid off for Sweet Scandal and Sam Weatherley at Randwick.Credit:AAP

On a day when being in front was a clear advantage, Sweet Scandal made all for her fourth win in eight starts.

‘‘In a couple of races this preparation we have ridden her a bit too pretty. She likes to get out and stretch her legs,” Waller said. “She has that high cruising speed and she showed that there. She can get to a listed race without any doubt at all. She is still developing, and her best is yet to come.”

Sweet Scandal was part of a winning double for Waller, who also scored with Gresham, and apprentice Sam Weatherley, who closed the day winning on Mercurial Lad.
with AAP