F1 is in Turkey this weekend as Lewis Hamilton and Max Verstappen continue their battle for the world championship.

But Verstappen might initially be a bit tough for some viewers to spot in his Red Bull car after a change in colour scheme.

F1 Turkish Grand Prix LIVE – All the action from Istanbul 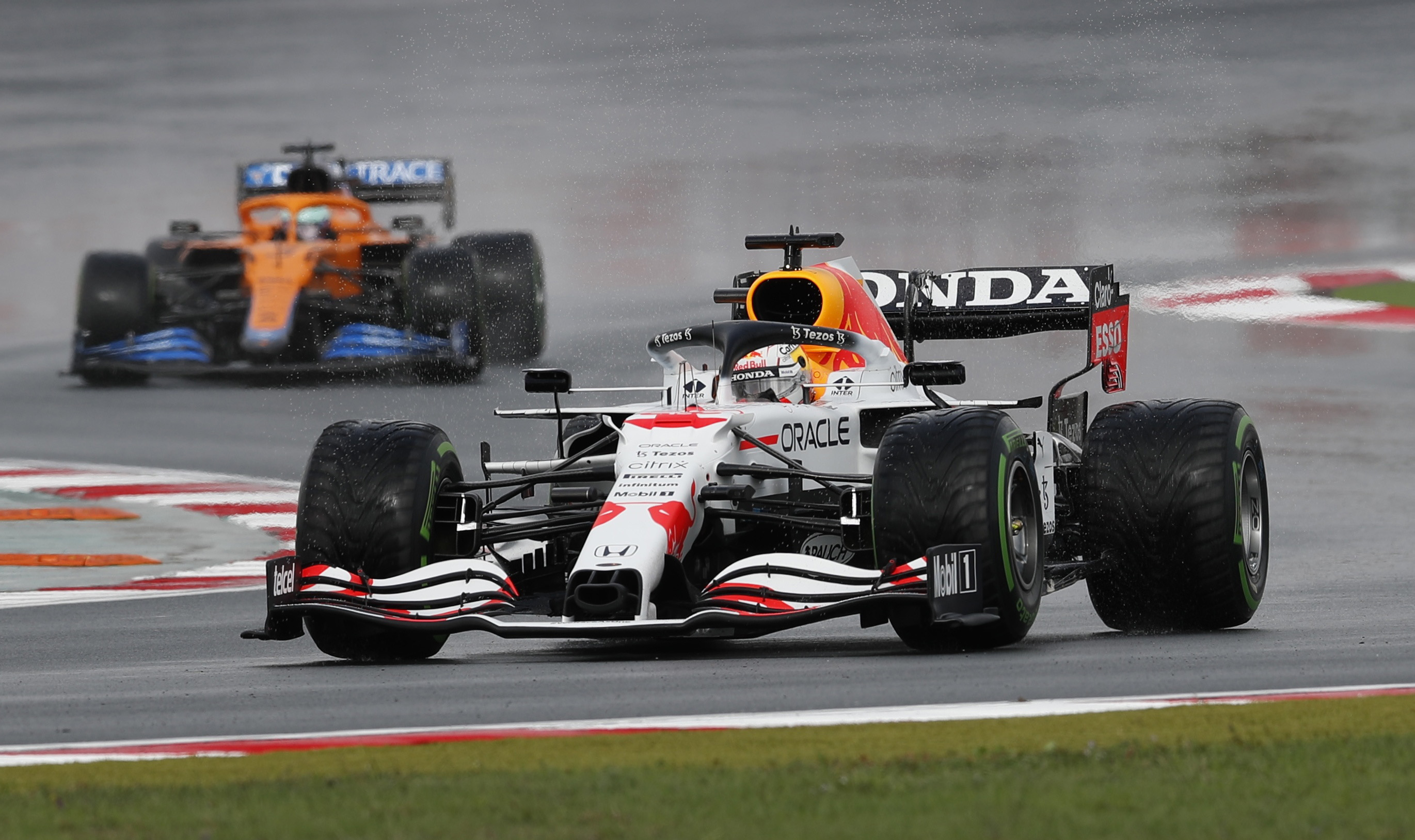 Why are Red Bull in white at the Turkish Grand Prix?

Red Bull are in white as a tribute to their outgoing racing partner Honda.

The Japanese manufacturer will bid farewell to the Austrian team after seven years of providing its engine, as it bows out of F1.

Driver numbers are also placed on red circle backdrops – a reference to the flag of Japan.

And the body features the word 'Arigato' – Japenese for 'Thank you'.

Sister team AlphaTauri is also set to run with the message on its cars, having served as Honda’s partner since 2019.

Red Bull will continue to use Honda power units in 2022 when an engine freeze is introduced as the newly formed Red Bull Powertrains takes on the manufacturer's intellectual property.

Will Red Bull race in white until the end of the season?

No, the white shell will be a one-off tribute to Honda.

Why have Red Bull chosen the Turkish Grand Prix to change colour?

The Turkish Grand Prix has been chosen as F1 was set to race in Japan this weekend, before local authorities cancelled the event due to Covid concerns.

Team Principal Christian Horner said: "We had all been looking forward to giving Honda's Japanese fans a chance to celebrate our extremely successful relationship in Formula 1, on home soil at Suzuka.

"With the race falling victim to the pandemic, we just couldn't let the weekend pass without paying tribute to Honda and its amazing home fans by bringing a little bit of its heritage to Istanbul.

"The livery chosen for our cars pays homage to Honda's remarkable F1 journey and hopefully we can give fans another victory in those legendary colours this weekend."