Fabian Allen hit three sixes in a cameo of 21 not out off six balls as West Indies beat Sri Lanka by three wickets to complete a 2-1 victory in the three-match T20 series in Antigua.

Allen smashed Akila Dananjaya for three leg-side maximums in the 19th over as West Indies reached their target of 132 with six balls to spare.

The Jamaican had come to the crease in the 17th over with his side 105-7 after Lakshan Sandakan (3-29) had dismissed Rovman Powell (7) and Dwayne Bravo (0) from successive deliveries.

Congratulation to @windiescricket on a much needed series victory. More work to do going forward.

The requirement was 27 from 19 balls at that stage but Jason Holder (14no off 23) pumped Wanindu Hasaranga for six in the 18th over before Allen ended things in style in the 19th. 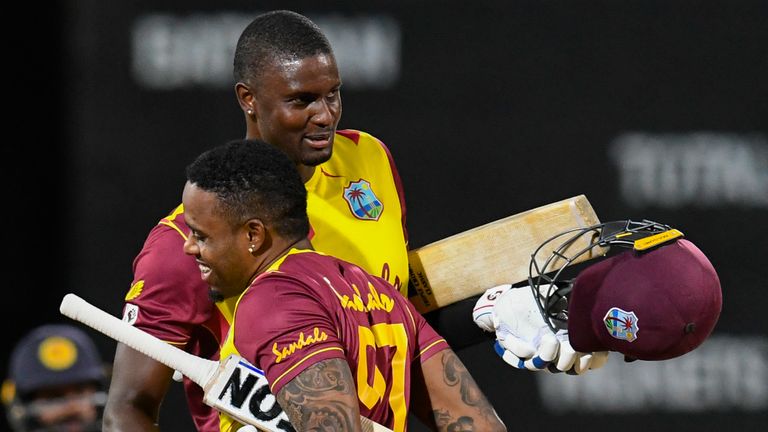 Allen had earlier taken 1-13 from his four overs of left-arm spin as Sri Lanka were restricted to 131-4 at Coolidge Cricket Ground.

The tourists had been 46-4 after 9.3 overs before Dinesh Chandimal (54no) and Ashen Bandara (44no) shared an unbroken partnership of 85. 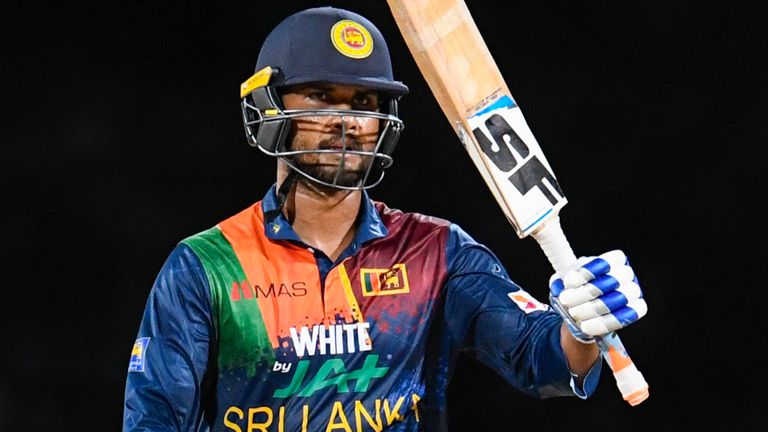 Sri Lanka picked up regular wickets during West Indies’ run chase once they snapped an opening partnership of 37 between Evin Lewis (21) and Lendl Simmons (26).

Chris Gayle and Nicholas Pooran were out for 13 and 23 respectively while Kieron Pollard – who had smashed six sixes in an over off Dananjaya in the first T20 – fell for a duck.

Sandakan’s double strike in the 17th over would have got the nerves fluttering for West Indies but Holder and Allen took their side to victory.

The teams will meet again in a three-match one-day international series from Wednesday, before playing two Test matches.