The Manchester City winger is starting to show why Pep Guardiola wanted him as his ONLY major summer signing to his record-breaking squad. 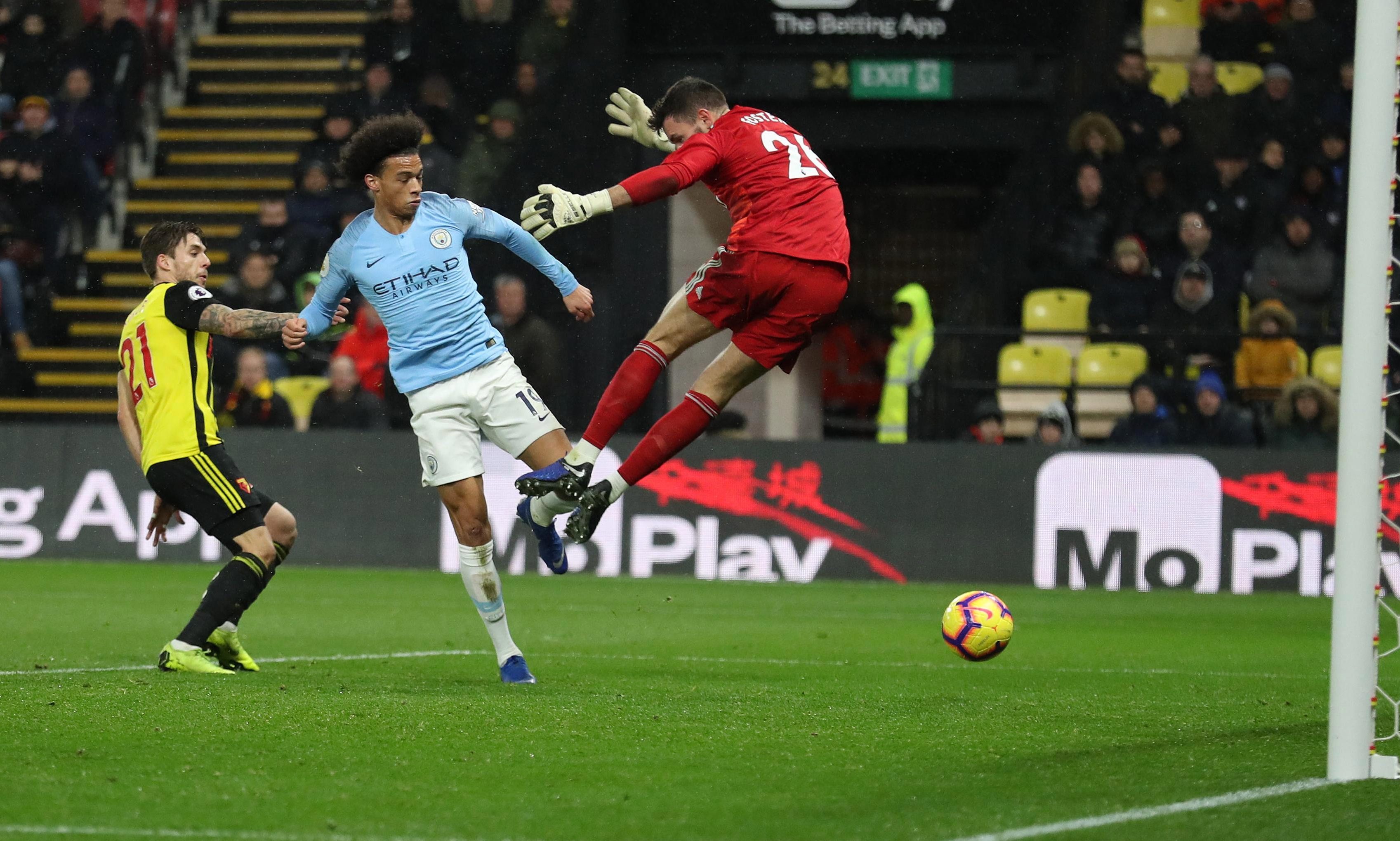 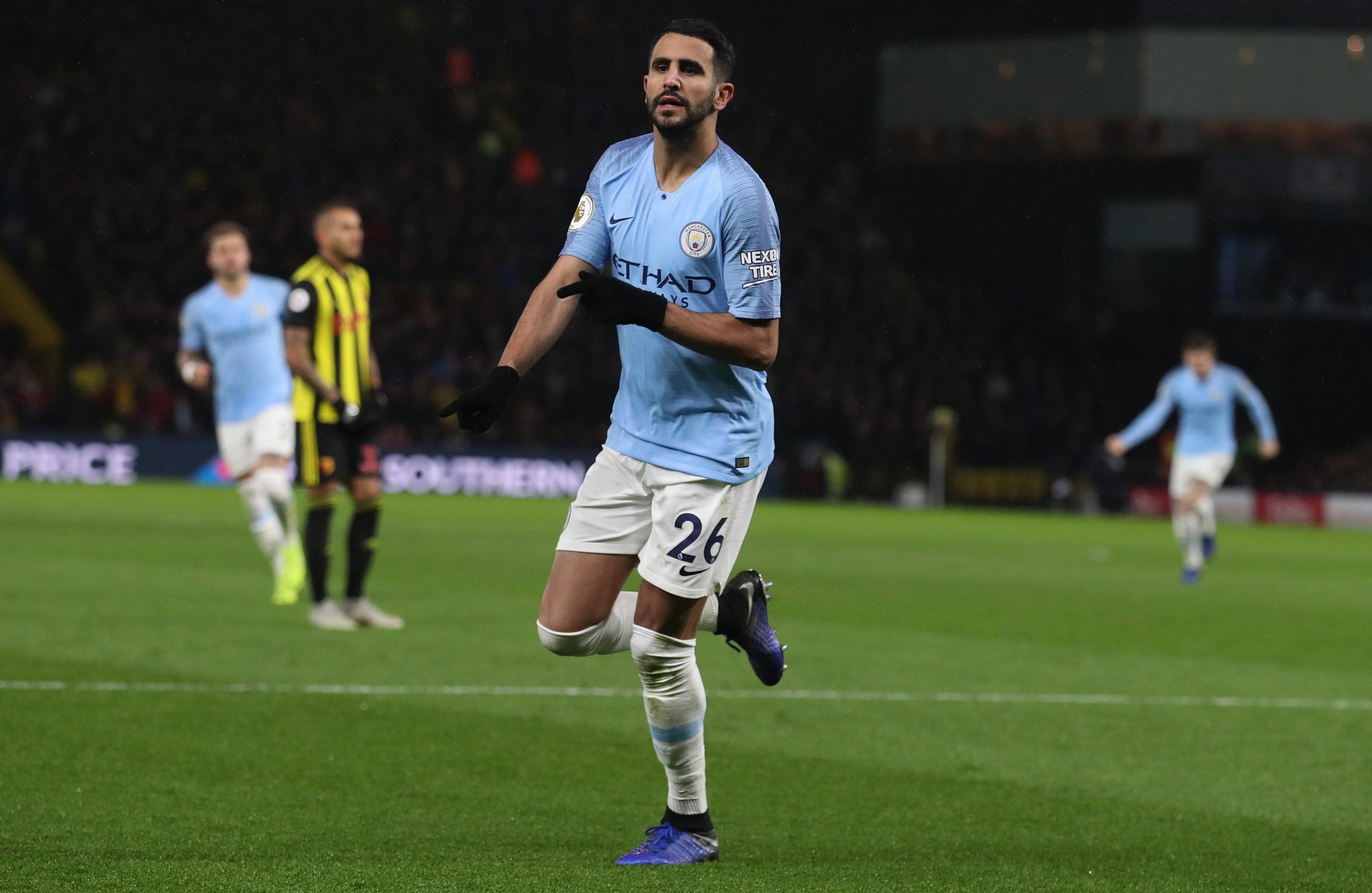 After the agony of missing out in January – and going on strike – he finally made his move to the Etihad. And even then it took time to settle.

His assist for Leroy Sane and goal at Vicarage Road last night consigned his penalty miss earlier in the season at Liverpool to history.

And it goes neatly with his priceless winner against Tottenham at Wembley just over a month ago.

Just to think, City could have ended up Alexis Sanchez instead of him if everything went to plan in the window last season. 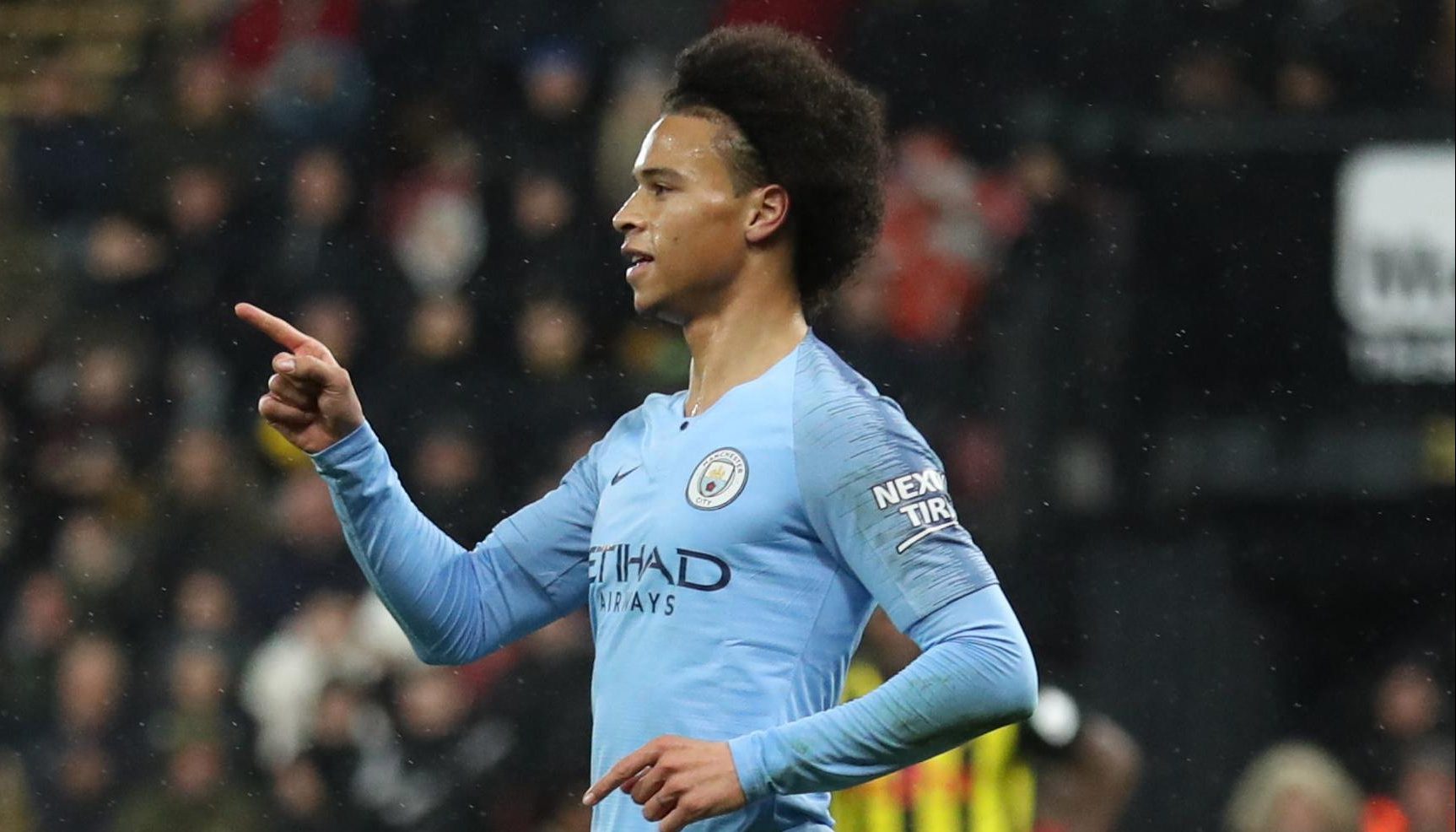 Ending up with Mahrez looks the smart move now.

City made just one summer signing but he has freshened things up and last night it allowed Raheem Sterling to have a rest.

This was not like their last two visits when they smashed six and five goals – but they managed to change their team and look like they have plenty in the tank for the festive fixtures.

It says plenty about City’s squad when they bring in a completely new back four from the weekend win at Bournemouth and it does not feel like much has changed. 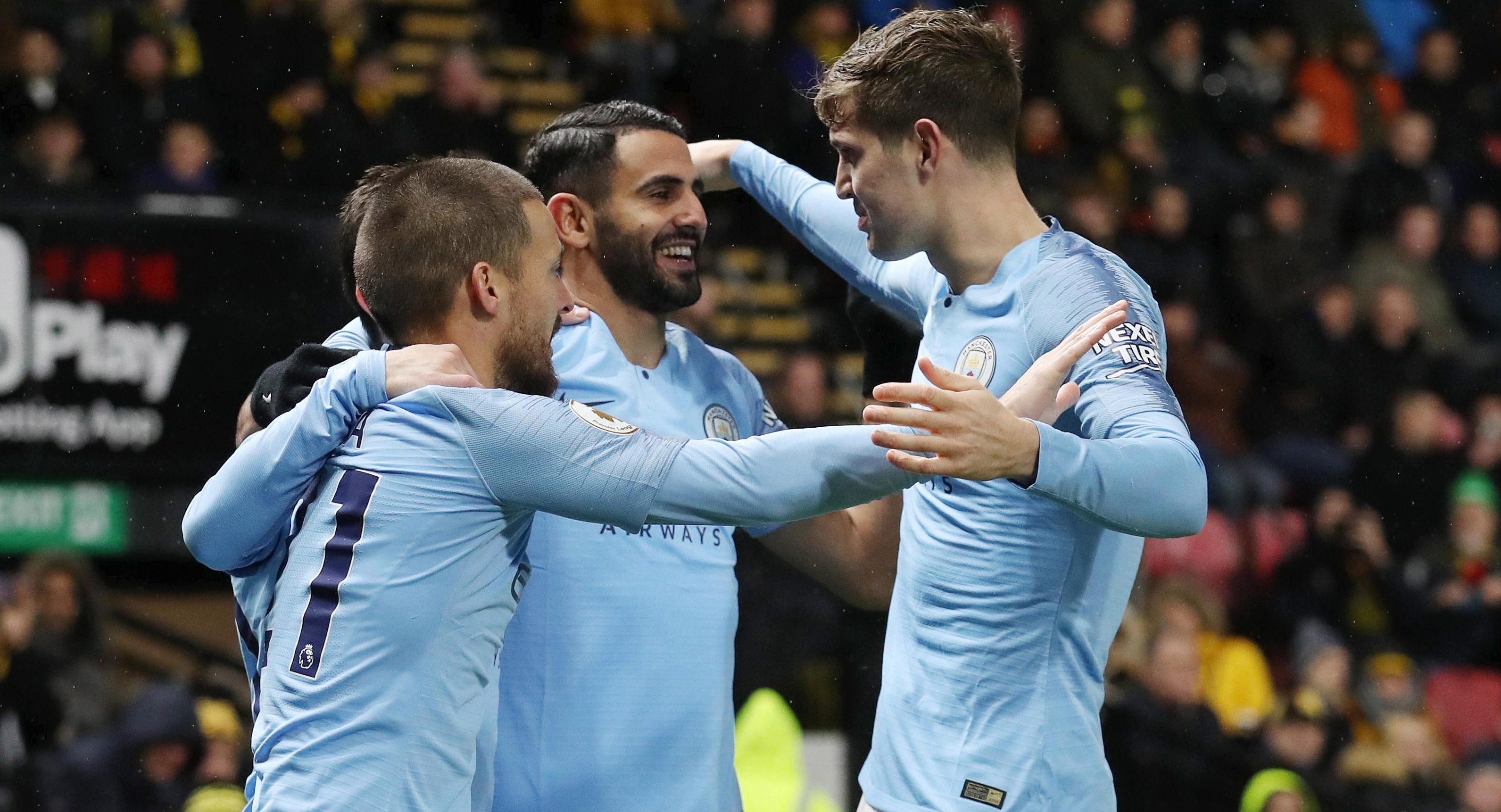 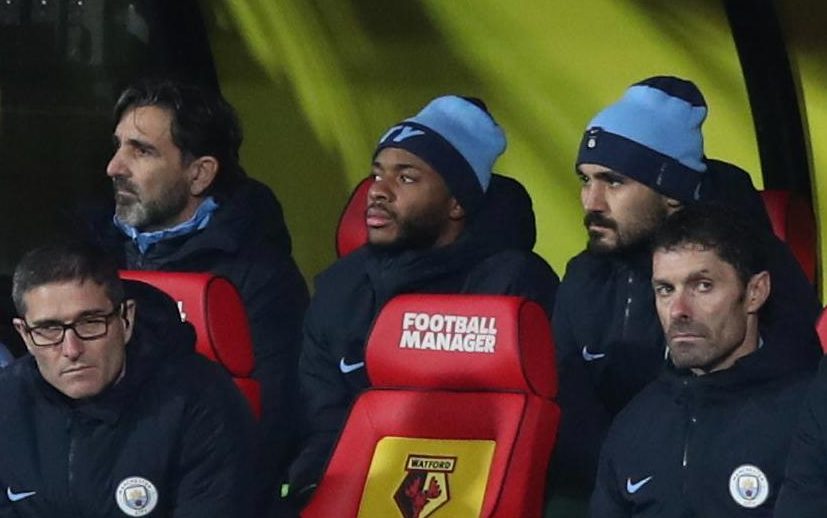 And in attack they can turn to David Silva and Mahrez after a breather at the weekend.

That is the strength of Pep’s squad and he is clearly rotating his players to cope with fixture pile-up that means they play 13 matches in 44 days.

Guardiola came a cropper in December in his first year in the Premier League, with the defeat at Leicester leading to his infamous “I don't train the tackles” quote.

Last season he needed last-gasp winners around this time to get the points against Huddersfield, Southampton and West Ham.

But this time around his team are coping smoothly with tricky nights like a midweek trip to rainy Vicarage Road.

Watford may have been reeling from three defeats on the spin but this is a team that started the season in impressive fashion – and threatened a shock here in between City’s forward thrusts.

They showed a glimpse of quality when Roberto Pereyra danced into the penalty area in the opening minutes and curled a shot wide.

But City were soon threatening Ben Foster’s goal and fizzing passes around. 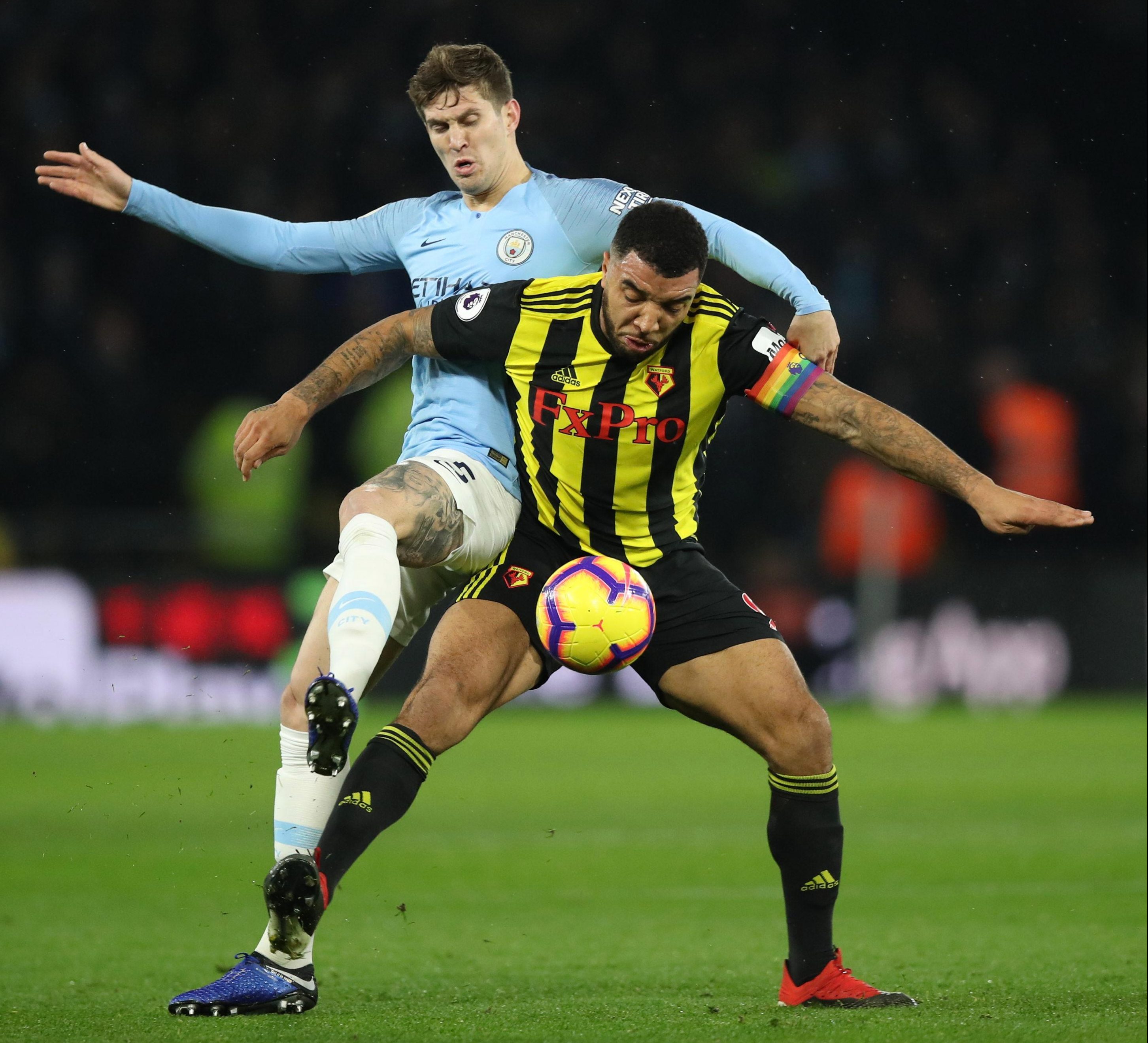 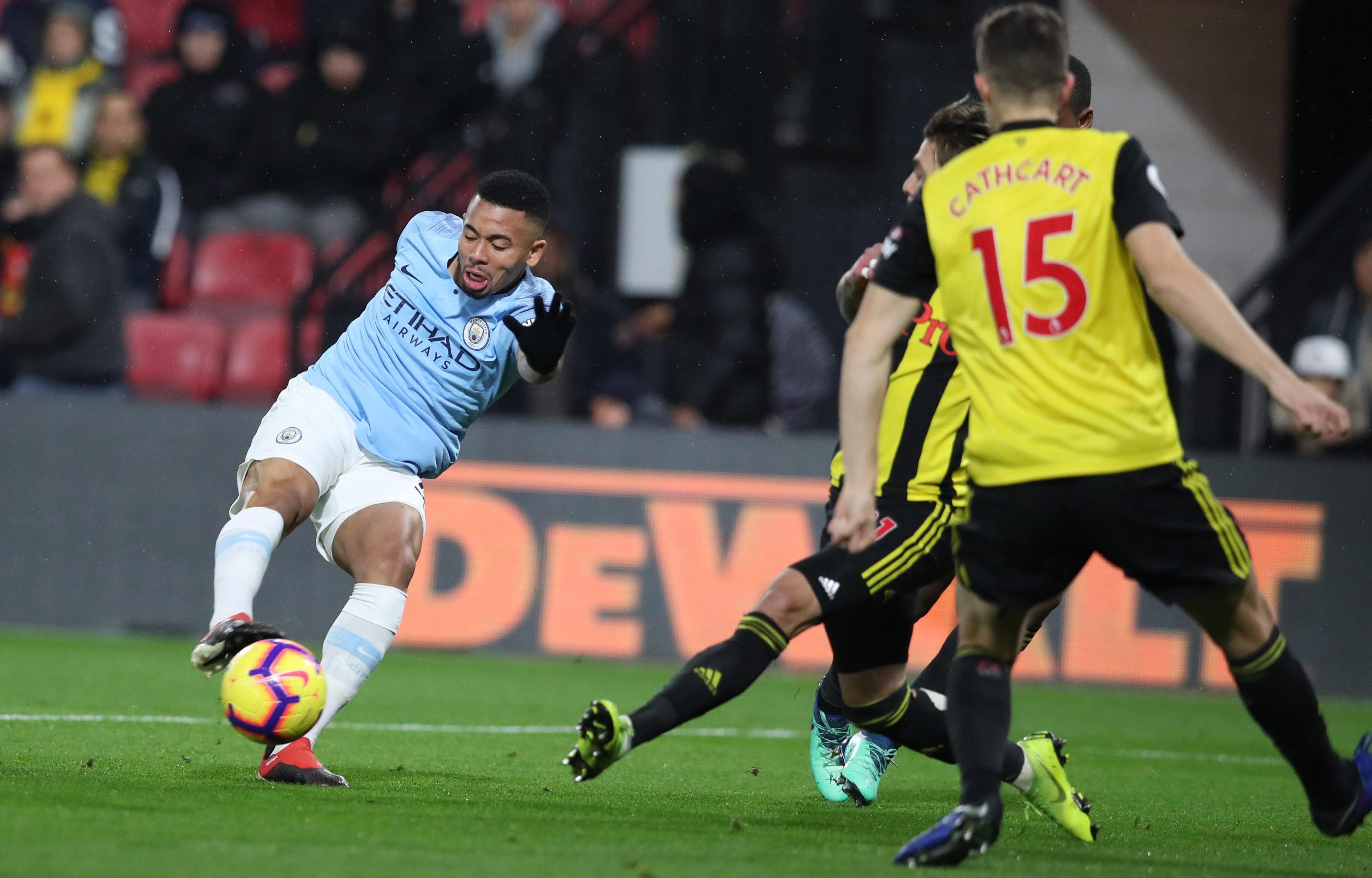 They could have matched the goal-fests of their last two visits here if Foster was not in superb form.

His first stunner came from Sane after the Germany forward showed he was in the mood, intercepting a wayward pass.

Sane raced into the penalty area and Foster kept big before parrying the finish away.

Then came a TRIPLE save when City were coming at Foster from all angles.

Mahrez was sent through and had his effort saved, then Foster saved at the feet of both Silva’s, Bernardo and David.

He also stopped Gabriel Jesus when the Samba Star wriggled through and tried to squeeze one in at the near post.

Foster’s heroics kept Javi Gracia’s team in the match and looking to snatch a goal.

They almost did that when they attacked down the right, leading to Abdoulaye Doucoure hooking the ball into the danger zone.

Troy Deeney just had Ederson to beat but the Brazil keeper used his feet superbly to keep out the finish.

It was a massive let-off for City and it led to them stepping up a gear. 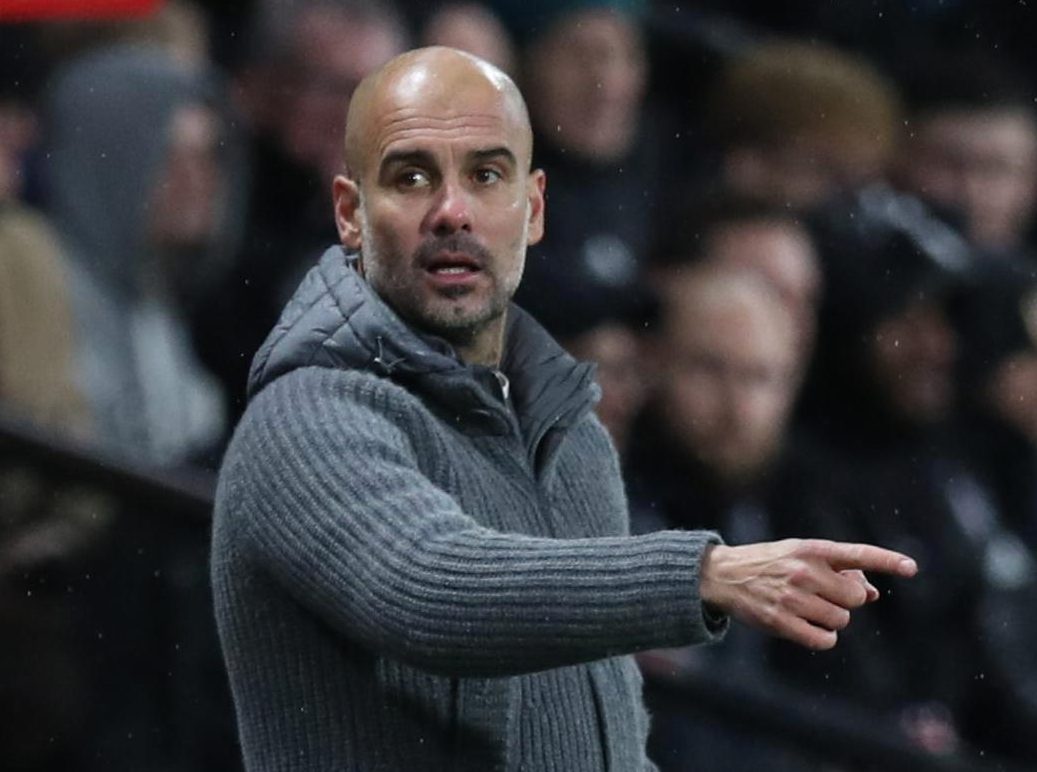 There was only so much Foster could as he was single-handedly keeping the score level.

He saved from David Silva from point-blank range but City recycled the ball and finally found a way to beat him.

For all their great passing, it was a simple cross from Mahrez that undid Watford. It still took some incredible skill from Sane to use his chest to knock the ball home – and a reminder that City score with all types of goals, using any part of the anatomy.

The second goal wrapped up the win just after the break and was down to the hard work of Jesus.

He intercepted a Watford throw-in deep in their territory and then raced into the area before getting found by his team-mates.

Jesus’ cross to the far post was smashed into the bottom corner by Mahrez, the sixth goal of his career against Watford.

Jesus was putting in a shift looking for his first Premier League goal since mid-August – but he went wide after getting sent through on goal.

Watford threatened through Doucoure, who had an effort saved then eventually found a way past Ederson.

He bundled home City failed to deal with Gerard Deulofeu’s cross, setting up a nervous last few minutes – but City held on.