KHABIB NURMAGOMEDOV has released footage of his brutal weight-cut ahead of his fight against Justin Gaethje.

The unbeaten Russian had to push his body to the limits in order to drop to 155lbs for the main event at UFC 254. 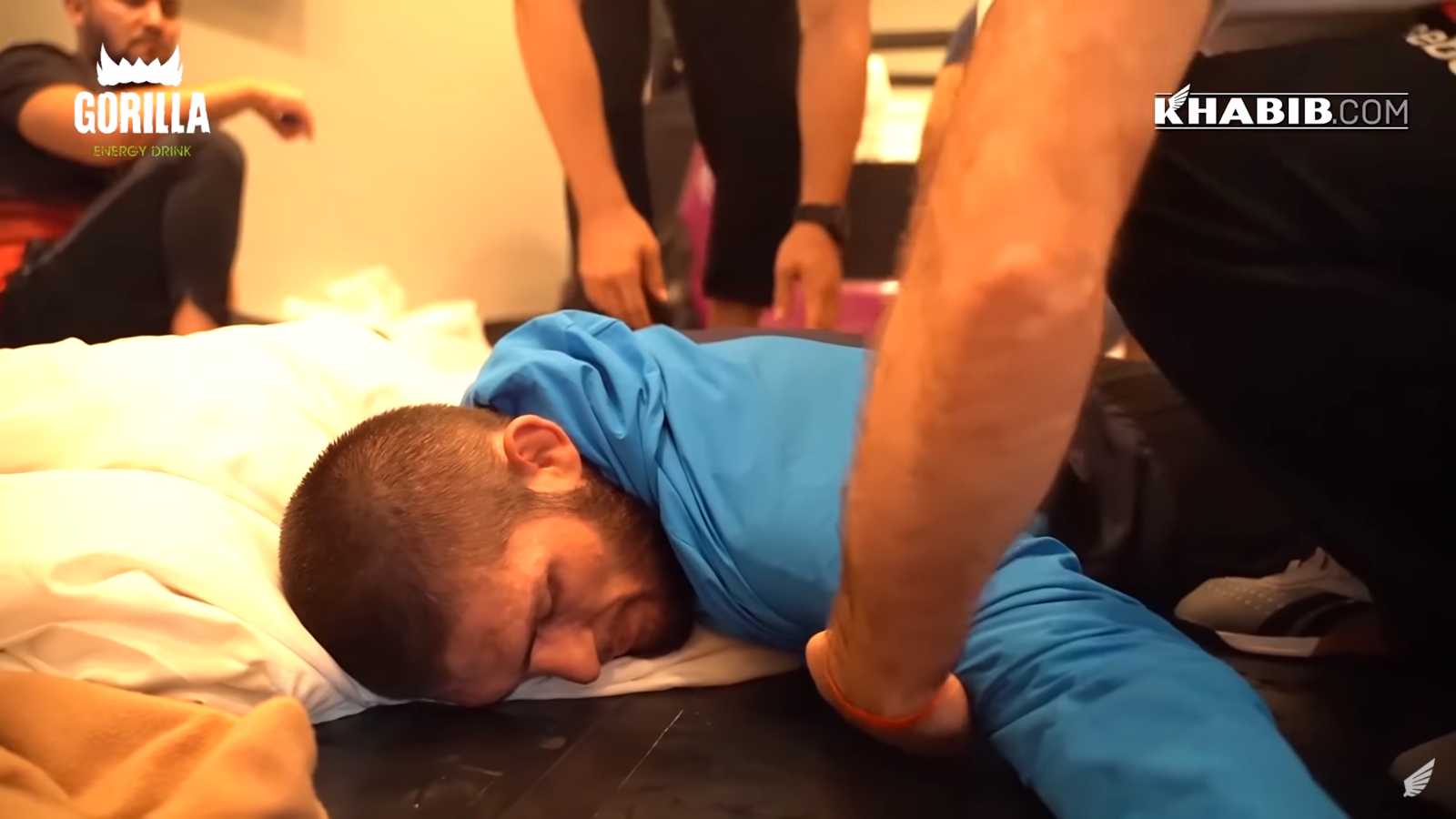 Khabib reportedly shed more than a STONE in just a few days to make weight for the showdown with Gaethje.

The 32-year-old has now released harrowing footage to his YouTube channel to show how he done it.

In a desperate bid to lose the last few kilograms, Khabib jumped on the bike while wearing several layers of clothes.

He ensured he was drenched in sweat before he collapsed to the ground with his hands by his side.

The lightweight king continued to sweat profusely as he laid lifeless on the ground.

Two members of his team then picked him up off the floor and guided him over to the treadmill.

Before long, Khabib was back on the floor in a puddle of his own sweat.

As he did not have the strength to pick himself up, he said to his team: "Put me on my back." 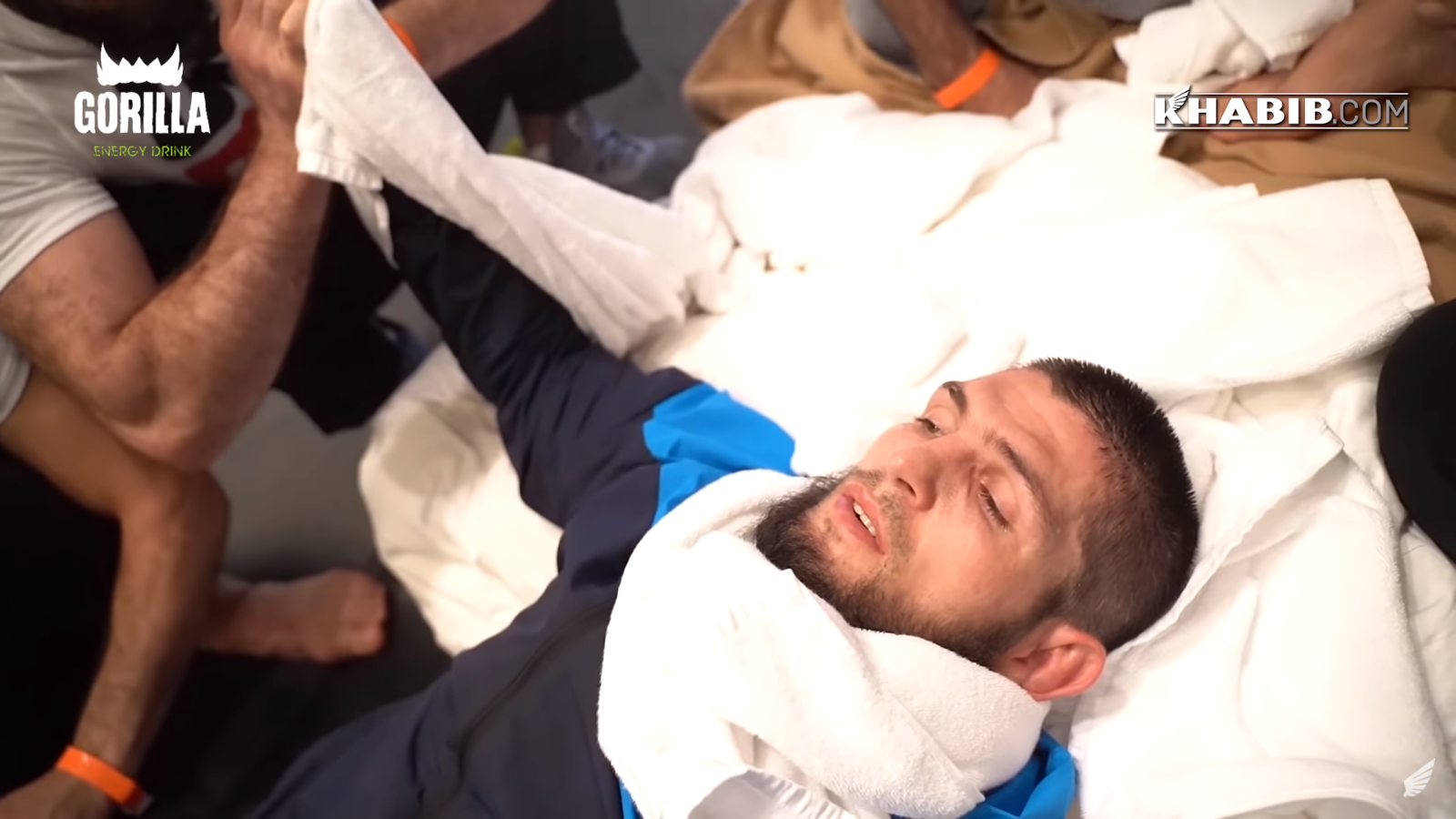 The 32-year-old was then put inside of a sweat suit and covered in towels.

Khabib's hard work and determination paid off as he weighed in at 155lbs.

The Russian went on to beat Gaethje with a second-round triangle choke submission.

He then announced his retirement from the sport, ending his career with a record of 29-0. 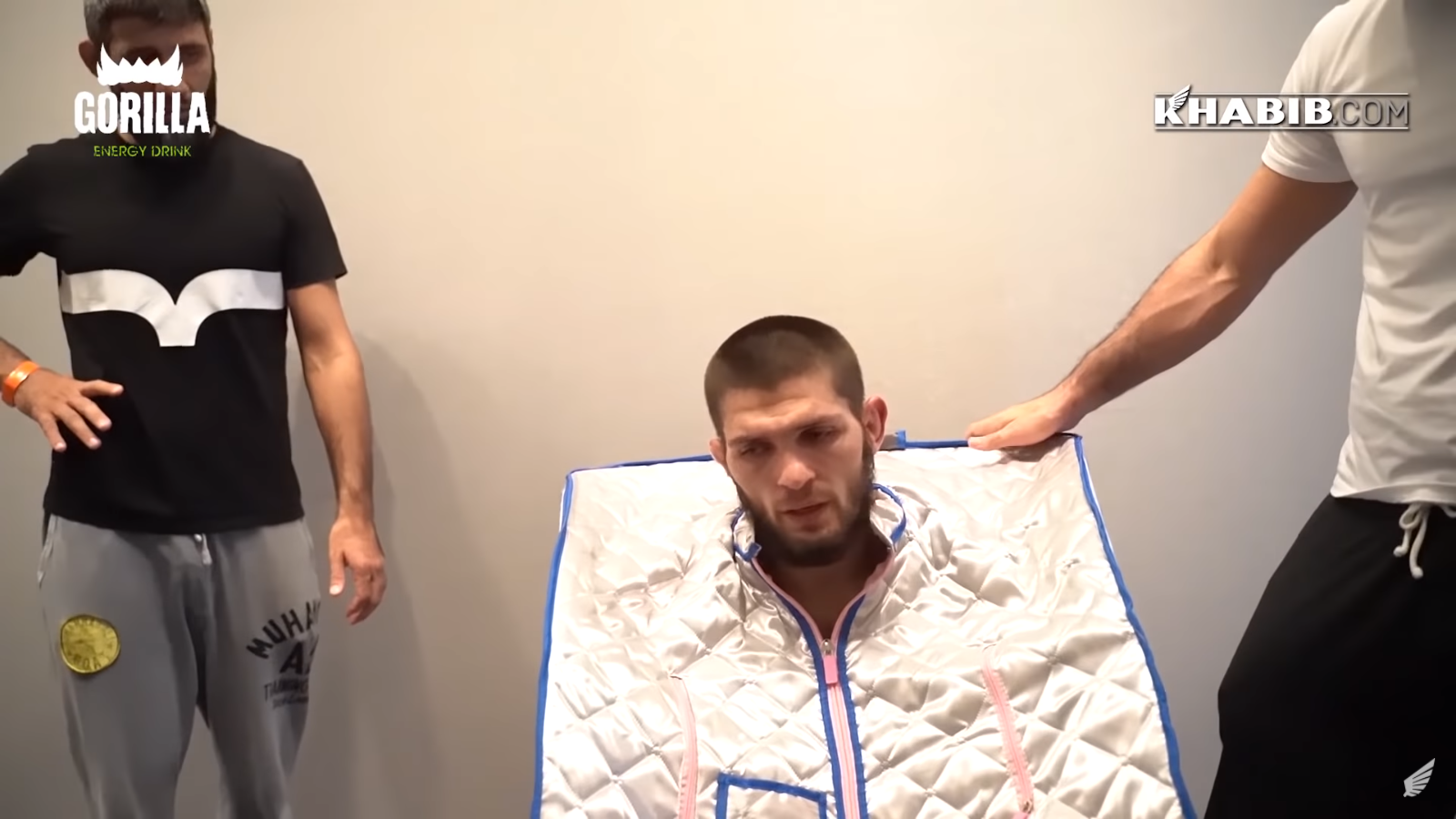 But UFC chief Dana White is confident he can lure Khabib back out of retirement.

Darren Till is another fight that is known for his brutal weight cutting regimes.

The UFC star revealed he went BLIND as he tried to make weight for his fight against Jorge Masvidal.