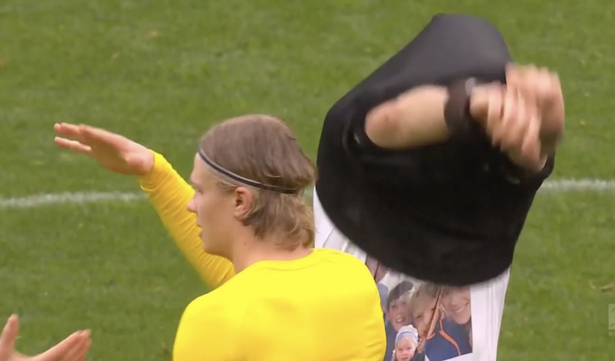 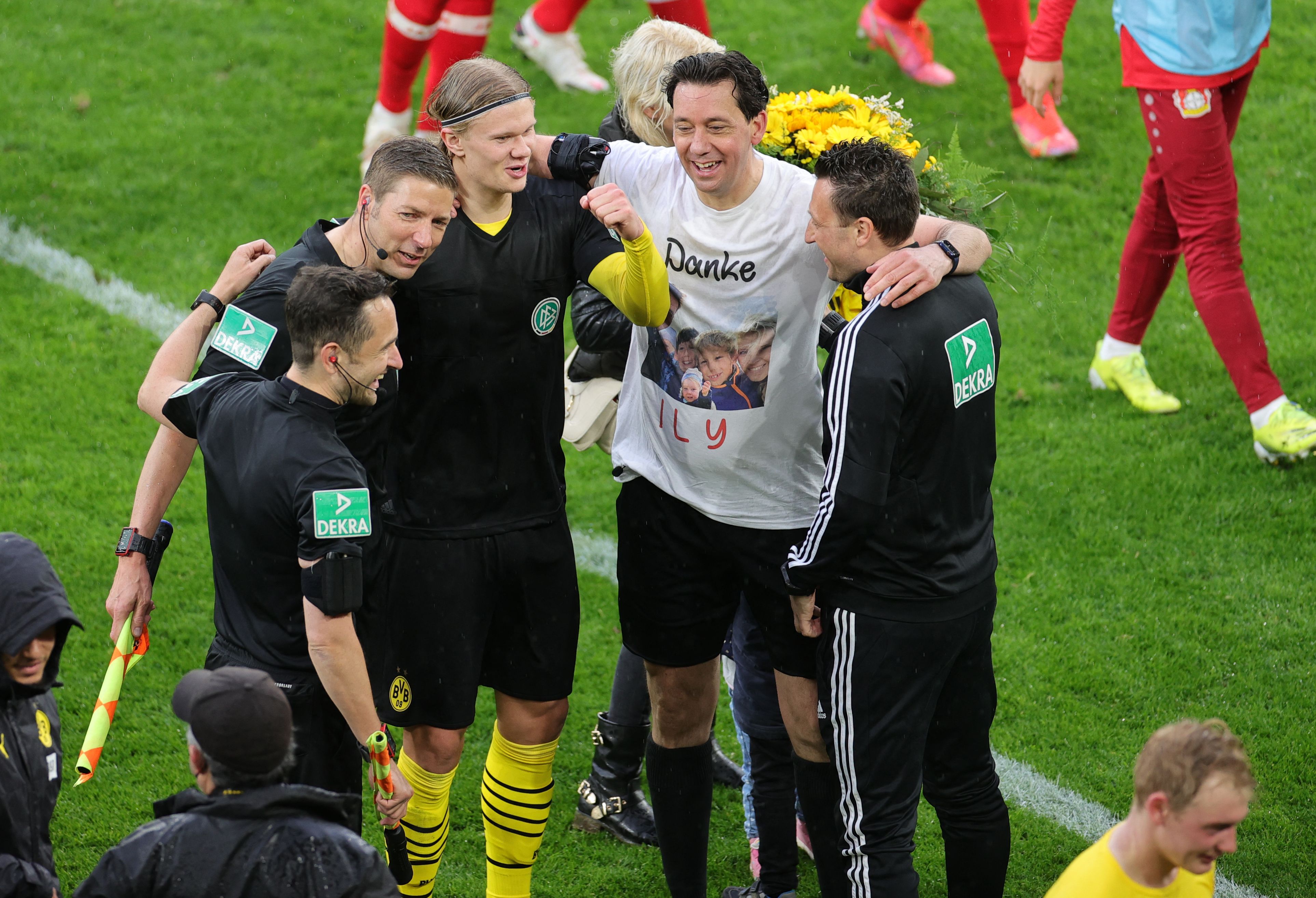 The 47-year-old then asked Haaland, 20, for a shirt swap to mark the occasion.

Underneath his referee's top, Grafe wore a thank you message to his family.

Saturday's contest marked the end of a successful career in the middle, working his way through the leagues since 1999 and serving several years on Fifa's officiating list.

Haaland happily obliged and pulled on the black shirt to pose for photographs with the refereeing team.

It was not the first time the Norwegian has been the go-to guy for officials seeking a celebrity momento, after linesman Octavian Sovre asked him to sign a yellow card.

The item was auctioned off for charity after Dortmund's Champions League defeat to Manchester City.

Haaland scored twice in the win over Bayer to become the first player aged under 21 to hit 40 goals in a season since Ronaldo Nazario.

The Brazilian was the last starlet to meet the tally across all competitions for a club in the big five European leagues.

Marco Reus also got on the scoresheet to seal Borussia's third-placed finish, before a late Lars Bender penalty for sixth-placed Bayer.