AN NBA clash exploded into violence as one player PUNCHED another in the face after a shocking foul – with both stars ejected.

Sacramento Kings ace Chimezie Metu got off the floor from a cynical challenge by Eugene Omoruyi to lash out at his Dallas Mavericks' counterpart in revenge. 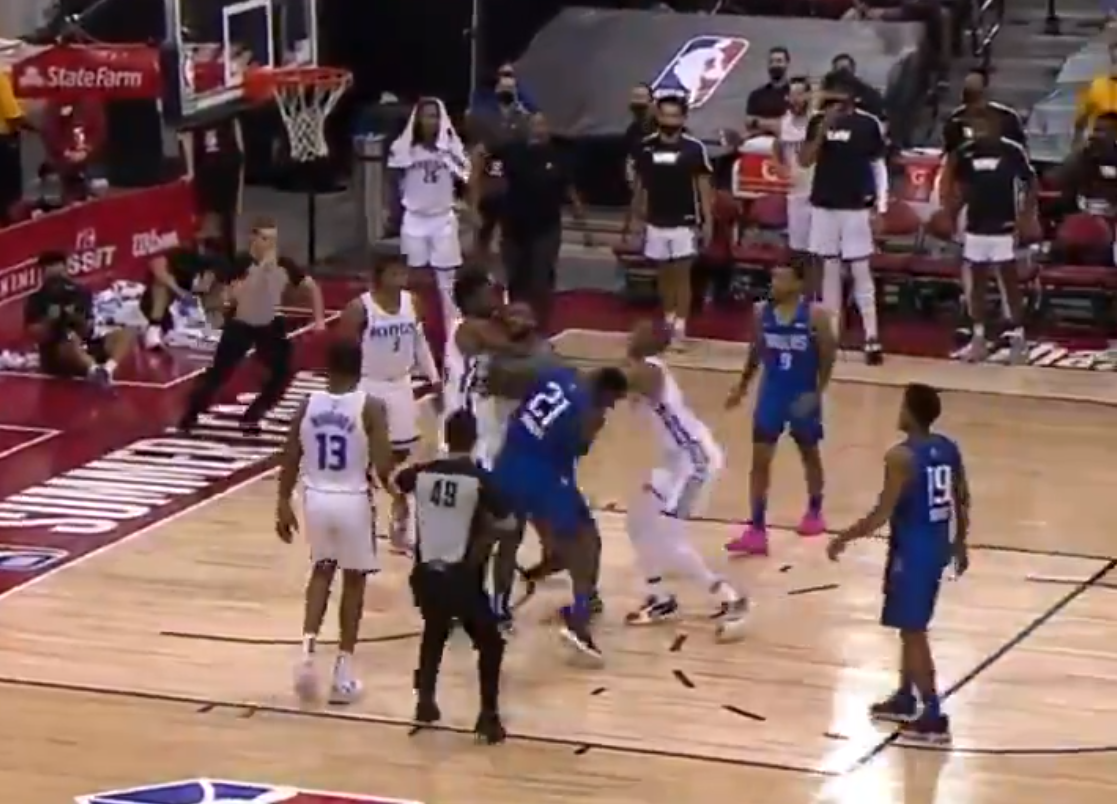 And each player had to be held back as they looked set to continue the flare-up near the end of the Kings' 86-70 Summer League win.

Small forward  Omoruyi had sent Metu sprawling by impeding him as he leapt to shoot.

And Metu picked himself up to charge after his rival and catch him with a strong right jab to the temple.

Omoruyi staggered away, seemingly in shock as much as from the blow.

But he then prowled back angrily at Metu – only stopping when he saw that Sacramento players were restraining their power forward.

Inevitably, both players were ejected – sent off – following a review of the clash.

Omoruyi's foul was upgraded to a "flagrant two" – meaning contact that was unnecessary AND excessive, while Metu was dismissed for a "punching foul".

Both men had notched seven points before their ugly exchange near the finish of the fourth quarter.

Los Angeles-born Metu, 24, is a fourth-year player from the University of Southern California.

And Nigerian-born Canadian Omoruyi, who is the same age, is in his debut season with the Mavericks on a two-way contract.