LIVERPOOL goalkeeper Alisson did what his team-mates couldn't – and netted the goal that keeps Jurgen Klopp’s Champions League hopes alive.

West Brom boss Sam Allardyce looked to have frustrated Liverpool again by stretching his unbeaten run against the Reds to six games.

It was going take something special to beat relegated Albion – and that's exactly what happened.

With Liverpool wasting chance after chance, it seemed their top-four hopes were about to take a huge dent.

But a stoppage time corner saw Alisson race upfield to take his place in the Baggies box.

And when Trent Alexander-Arnold’s corner came in, the Brazilian was there to head home and spark wild celebrations on the Reds bench.

Allison became only the SIXTH keeper in Premier League history to find the net – and the first to score a winner.

The goal came just three months after the death of Allison's father, Jose, who drowned aged just 57, who he dedicated the goal to.

Allardyce’s side made it clear they would not be rolled over by the Reds with a stubborn display that deserved a point.

But Allison’s goal was storybook stuff – and could prove to be the key moment that brings Champions League football back to Anfield. 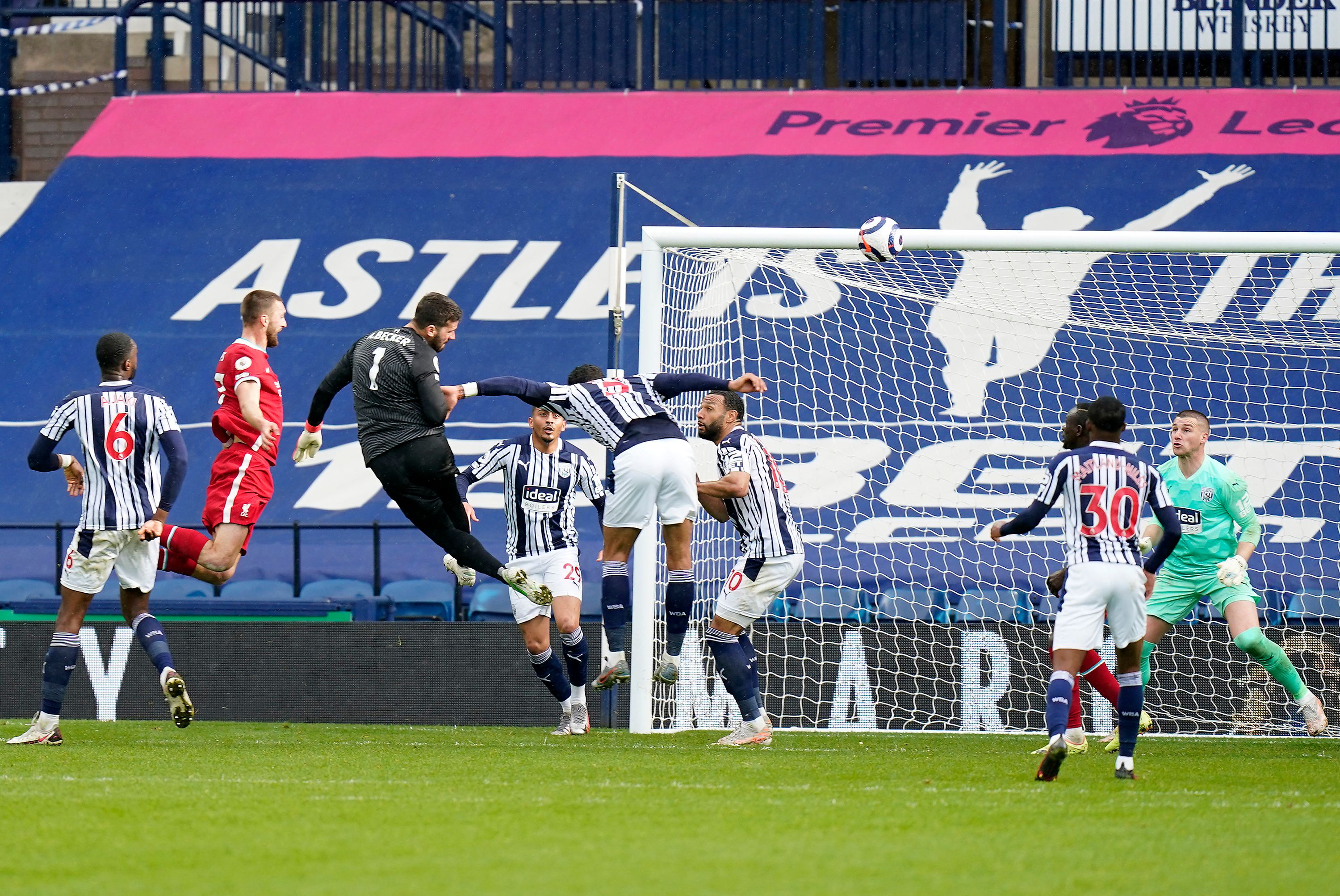 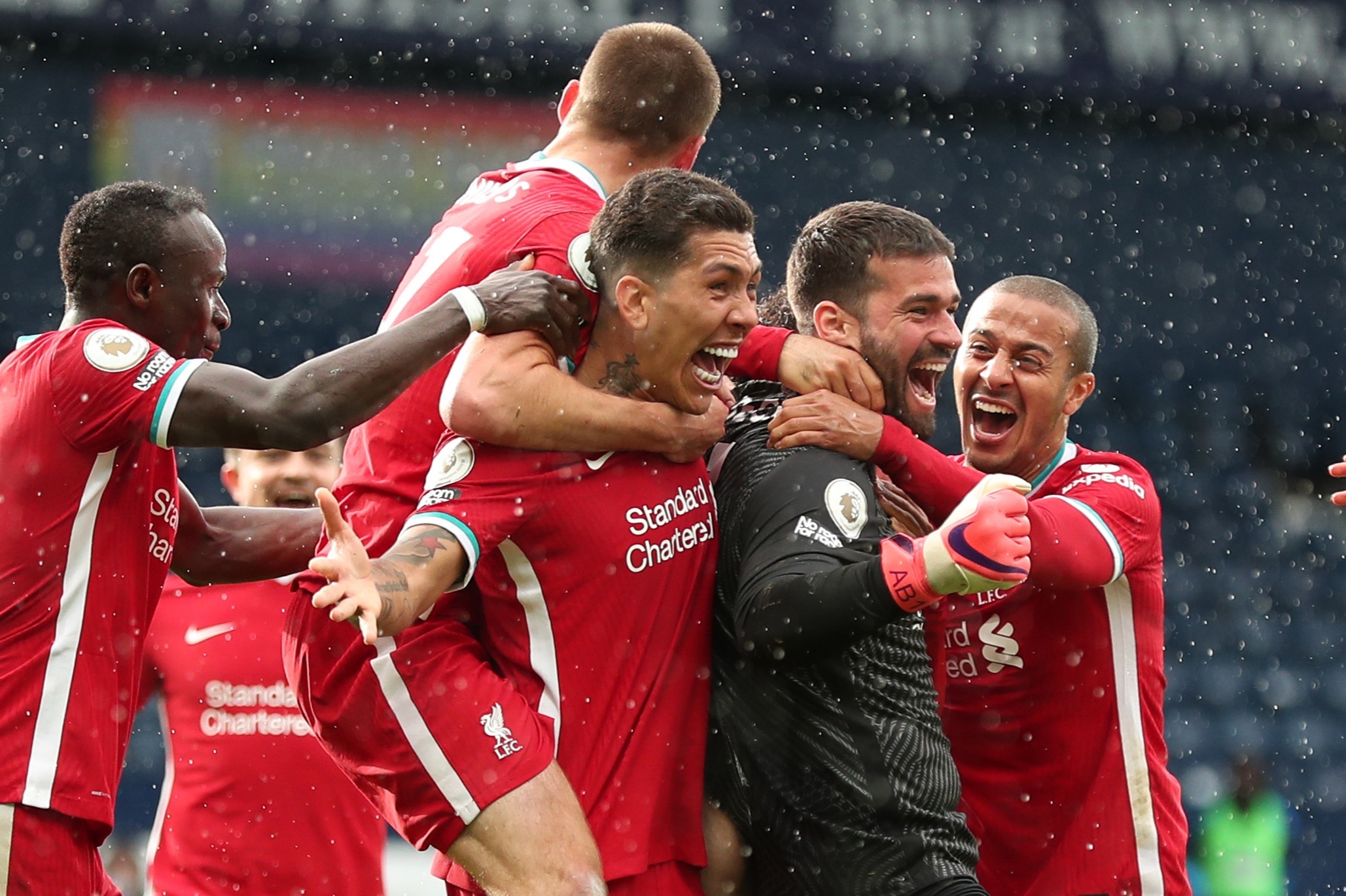 The recalled Hal Robson-Kanu – making his first league start of the season – stunned Liverpool with a 15th-minute opener for Baggies.

Mohamed Salah levelled 18 minutes later to draw level with Harry Kane in the race for the Golden Boot.

But Klopp could only watch as his side squandered a string of opportunities to win it.

Sadio Mane started the game despite snubbing his boss after the win at Manchester United on Thursday.

Klopp said before the game that Mane had apologised, adding: “That's clear and that is it.”

But the German also lost Diogo Jota to a foot injury that will keep him out for what is left of the season.

Klopp spoke of the ‘pressure’ of having to win all three of the remaining games – and it showed at times on Sunday.

Albion made a real fight of it as Liverpool fell behind early on for the second game running. 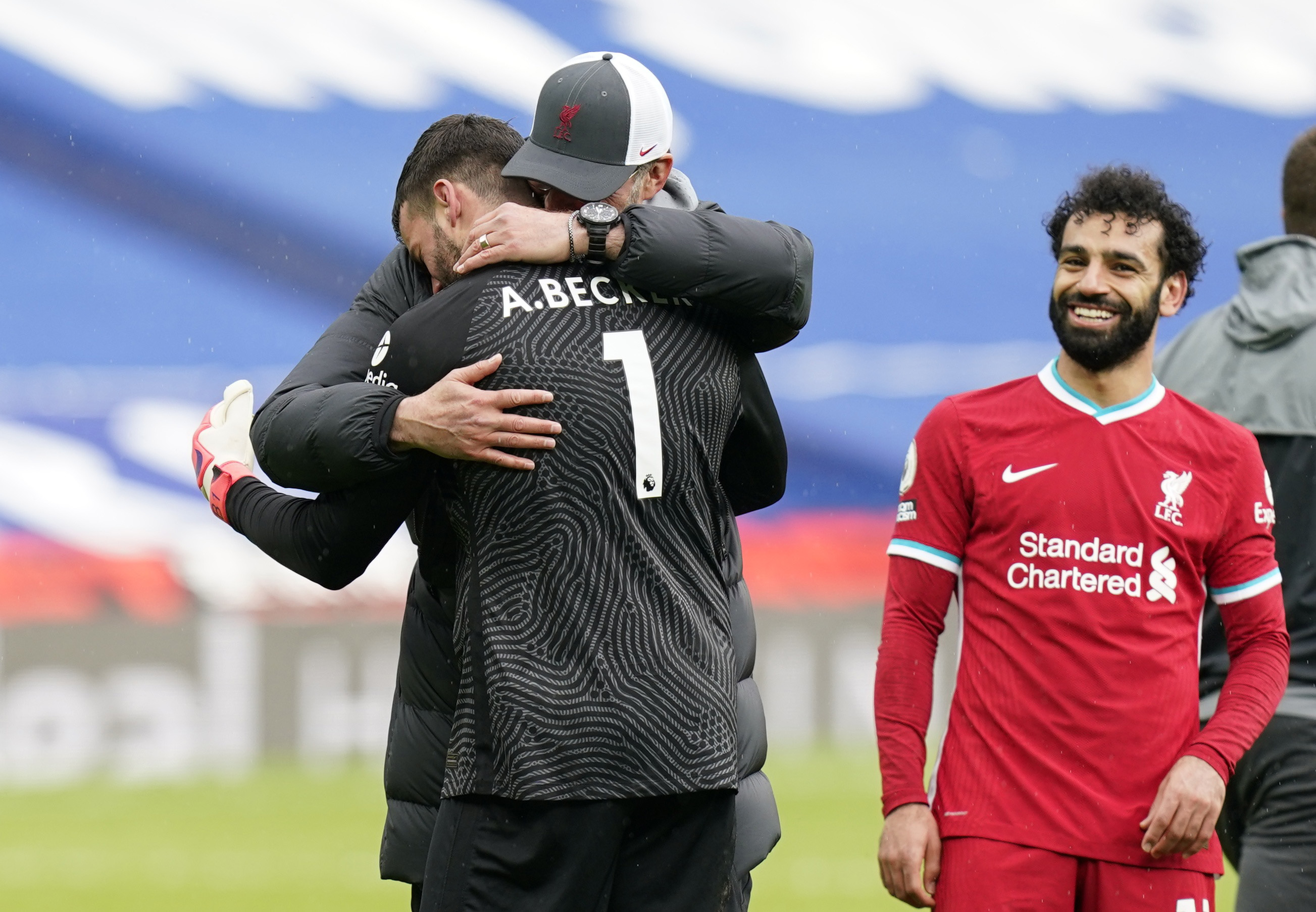 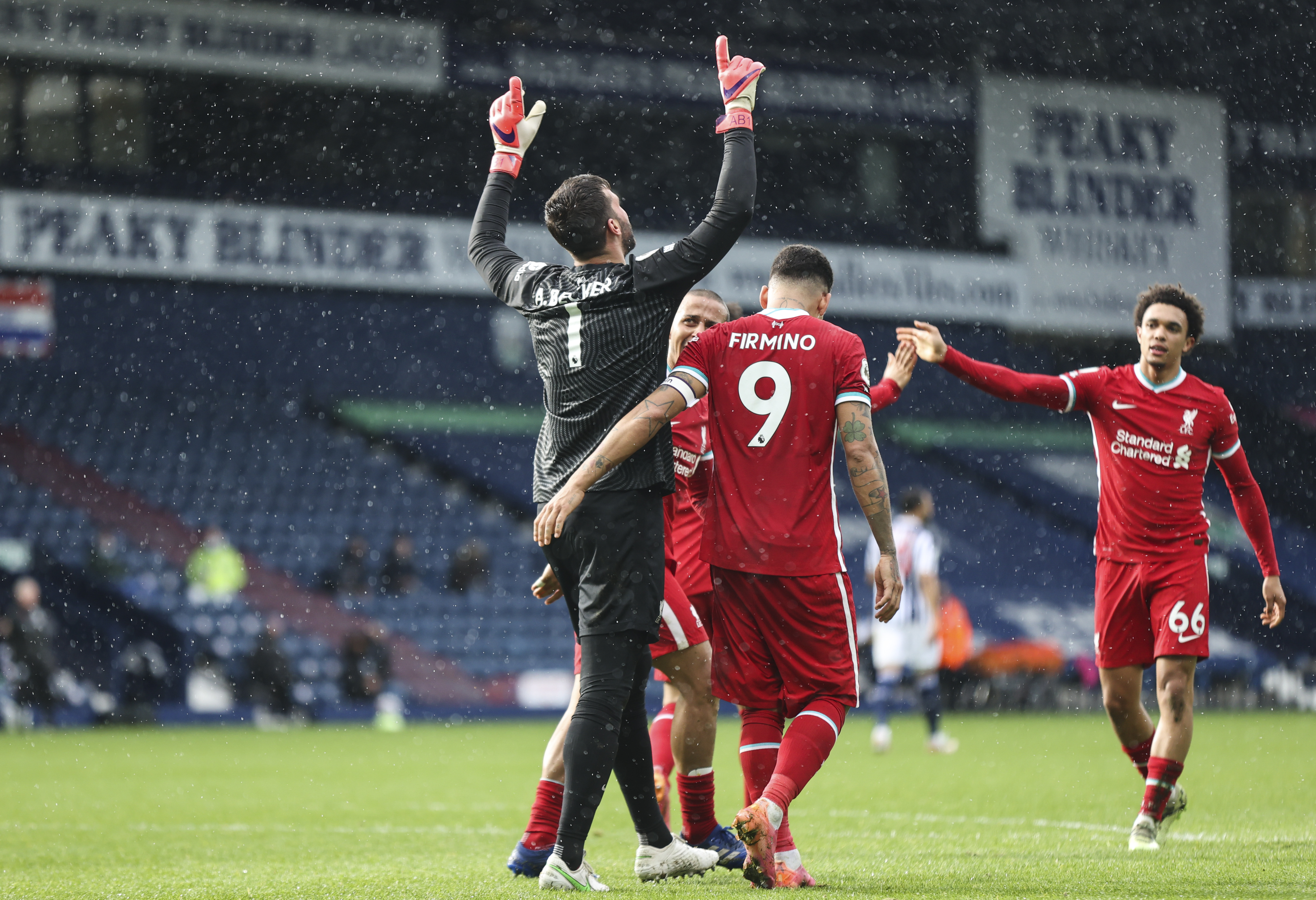 The 15th-minute goal came from an unlikely source with Robson-Kanu scoring his first Premier League start in three-and-a-half YEARS.

Allardyce gave him his first start of the season and the Welshman produced a clinical, left-footed finish after staying onside and collecting a Matheus Pereira through ball.

It proved to be a wake-up call for Klopp’s side and Mane came close to levelling when he side-footed a close-range effort just wide.

But Liverpool equalised after 33 minutes when Mane made the most of some hesitation on the edge of the Albion box and set up Salah, who whipped the ball into the far corner.

It meant Salah has now scored 125 goals across all competitions, at least four more than any other Premier League player in this time.

Liverpool sensed a second and Mane was involved again two minutes later as his back-heel was deflected into skipper Roberto Firmino’s path but his shot struck the post.

Pereira was still causing problems for last year's champions – but it was Liverpool who looked the more dangerous. 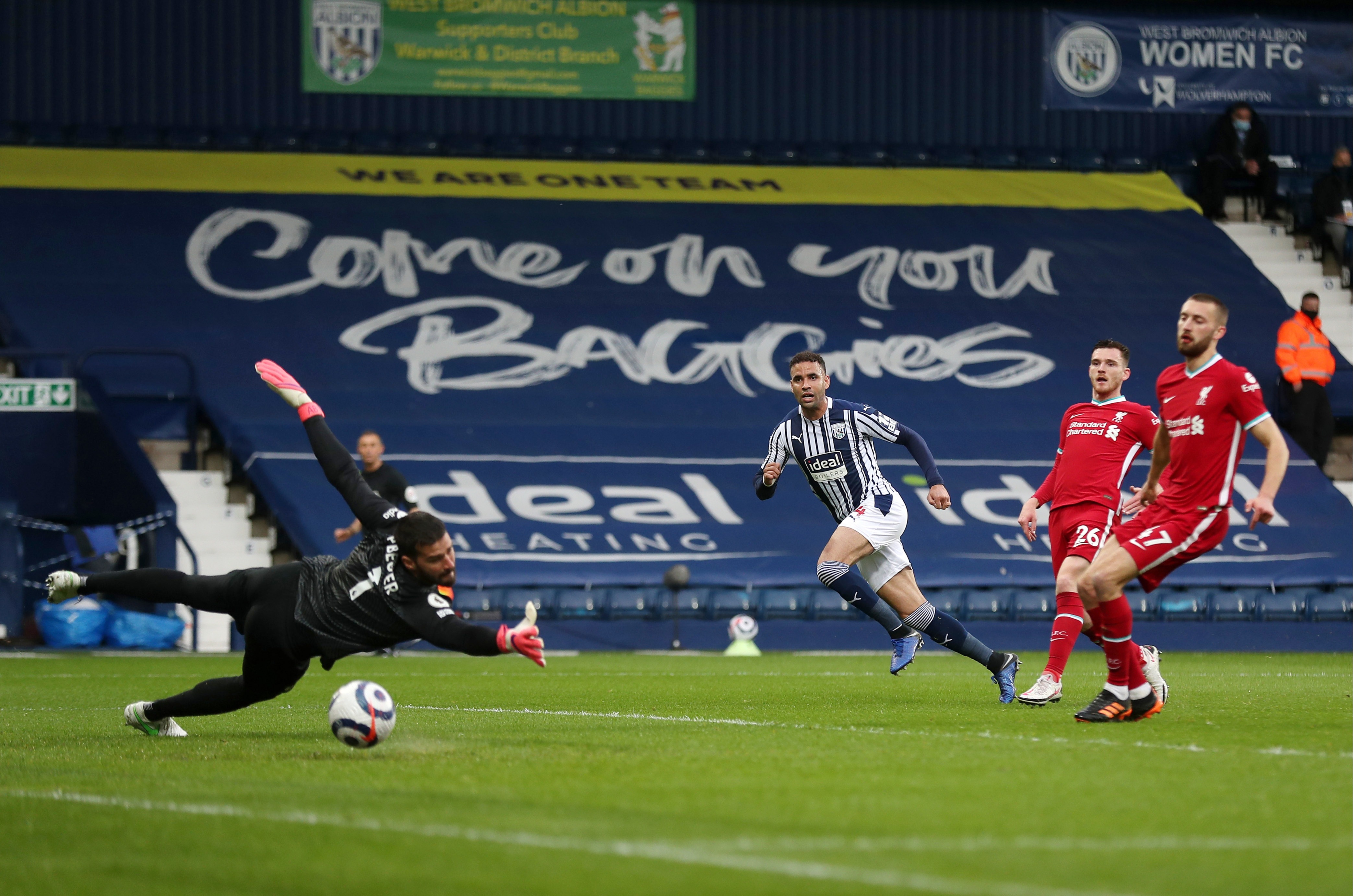 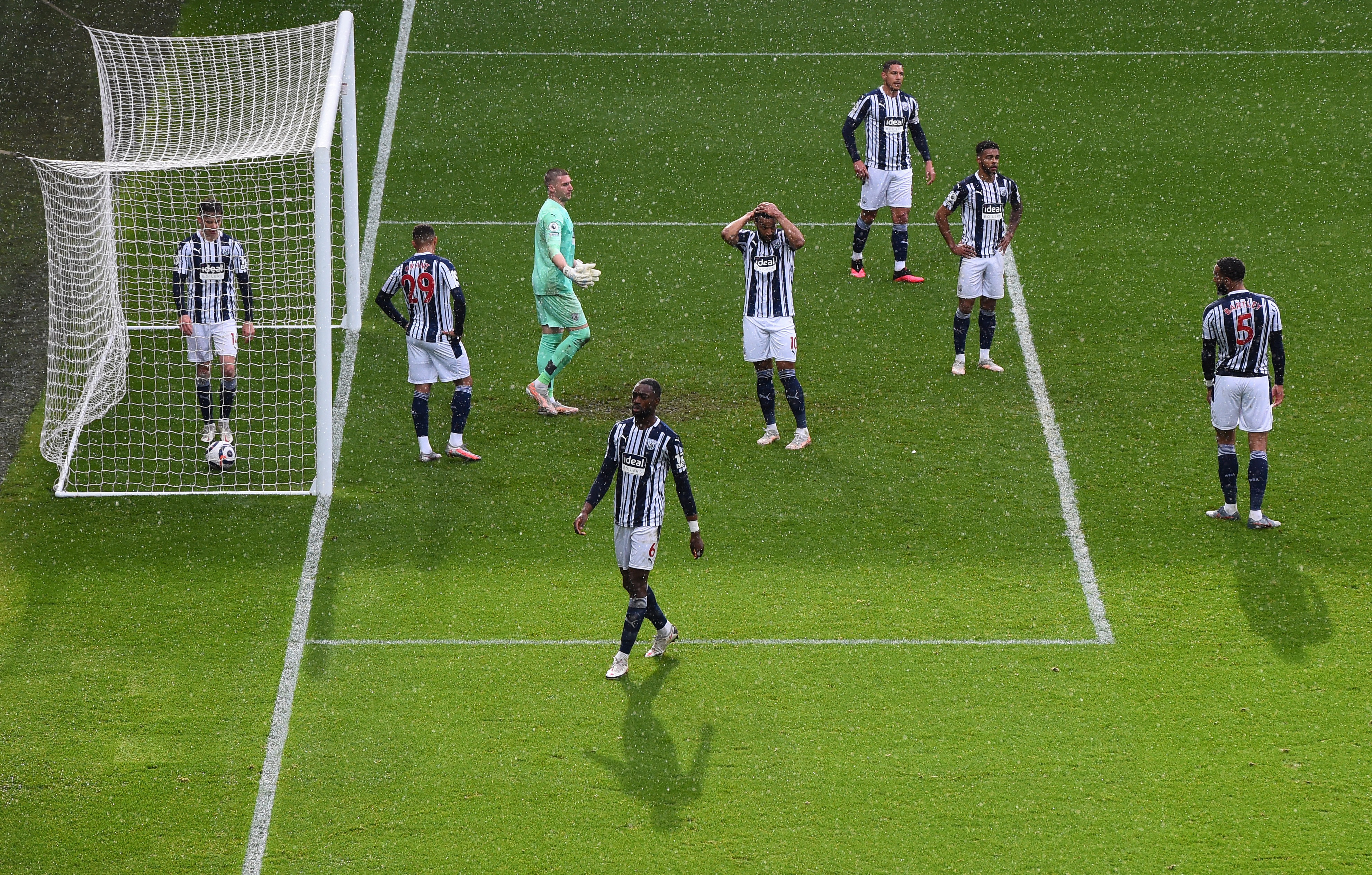 Mane had an effort ruled out for offside after the break before Salah brought another save out of Johnstone – a move that had a furious Allardyce bellowing from the touchline that his players needed to: "Stick to what they do."

Albion then gave Liverpool another fright when Bartley headed home from a corner – only for the goal to be disallowed as Matt Phillips was standing directly in front of keeper Allison.

Semi Ajayi then made a superb interception to stop Mane from converting an Andy Robertson cross.

But nothing could prepare either wide for Allison's amazing winner.