JAMEL HERRING'S wife was not best pleased with Shakur Stevenson after her husband's defeat at the weekend.

Stevenson stopped Herring in the 10th round of their fight in Atlanta to claim the WBO super-featherweight title. 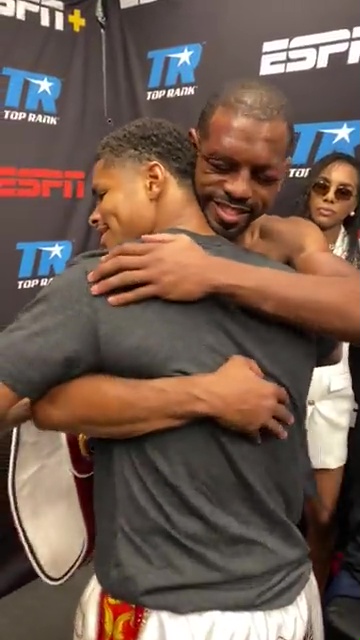 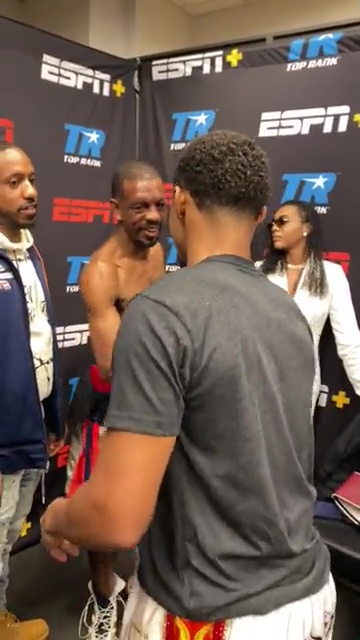 The 24-year-old had fired a great deal of trash talk Herring's way during the build-up to the fight.

But the pair hugged it out in the dressing room after going to war as they showed mutual respect for one another.

And Stevenson took the time to apologise to his wife Jennifer by saying: "Sorry to you. Sorry, I know you're mad at me. Sorry to you, I apologise."

However, Jennifer did not seem to take it well as she stared down the two-weight world champion in an awkward exchange.

Speaking on social media after the clip came out, she said: "Congratulations to @ShakurStevenson thank you for apologizing but don’t try that mess again!

"Don’t be a bad boy to sell a fight! Your talent will sell for you!

"Make me proud and stay humble! Hold on tight to that belt love!"

Reacting to the clip, one social media user said: "Lol why she mad. Ya husband fights for a living, sometimes he gone get his a** beat. I love how the other guy have him respect and props."

But another agreed with Jennifer's reaction, adding: "I don't blame her. Shakur is fake as with this bulls*** and she's having none of it."

Stevenson is one of the best young fighters in the world having already won world titles at 126 and 130lbs.

After his dominant victory, he said: "Two-weight division world champ and I just turned 24 in only 17 fights.

"All glory to God because without him none of this will be possible."

He then added: "And tbh I’m even better then what y’all seen last night. Can’t wait to get back in the gym and get sharper then that."