THIS is the hilarious moment Yeovil Town star Tom Knowles smashed his penalty wide and straight into the face of an unsuspecting steward.

Yeovil were up against Weymouth in the fourth qualifying round of FA Cup when the toe-curling incident took place. 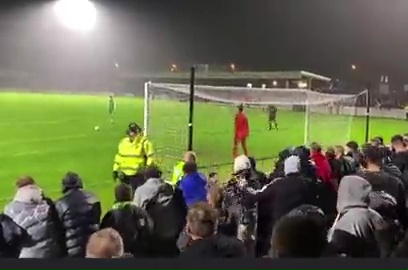 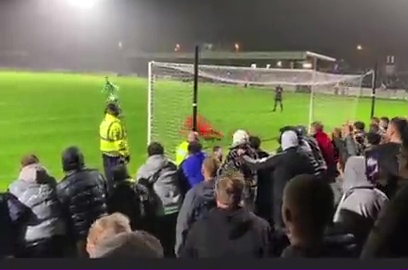 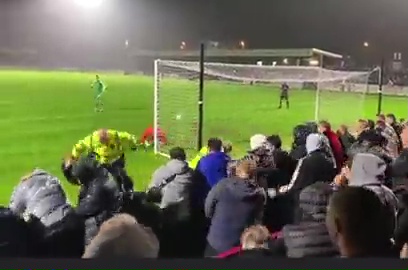 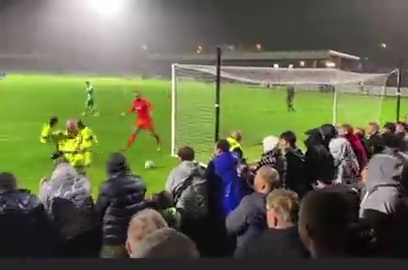 They battled through extra time to reach penalty shootouts after a 1-1 draw.

The midfielder stepped up to take his spot-kick as fans held their breath.

He performed a quick run up before slicing the ball well wide.

The unfortunate steward had been keeping a keen eye on the crowd and turned to look at the pitch at just the wrong time.

As he faced the goal, the rogue strike blasted him in the face and knocked his hat off.

He took the hit in his stride as he pumped his fists in the air to the cheers of fans watching.

The footage of the calamity penalty has gone viral and racked up more than 500,000 views and more than 9,000 likes.

Luckily for Knowles, the next player – Weymouth striker Brandon Goodship – hit his shot over the bar giving Yeovil the win and sending them to the next round.

After the post-match celebrations, Knowles tweeted: “If anyone finds a big toe in or around Weymouth tonight, that belongs to me and I would love it back please.”

David Ricardo said: “Laughed way more than I should have.”

Chris added: “I know he hasn’t but it looks like he’s aimed it at him.”

“Secondly, what an awful attempt at a penalty.”

"Thirdly and most importantly, what a header.”

Another added: “The cheer he gives after being beaned.”