MANCHESTER UNITED striker Edinson Cavani scored a goal of the season contender with a 40-yard lob.

The 33-year-old was played through by Bruno Fernandes, and showing the confidence of the world class striker he is, Cavani chipped it straight over Fulham keeper Alphonse Areola. 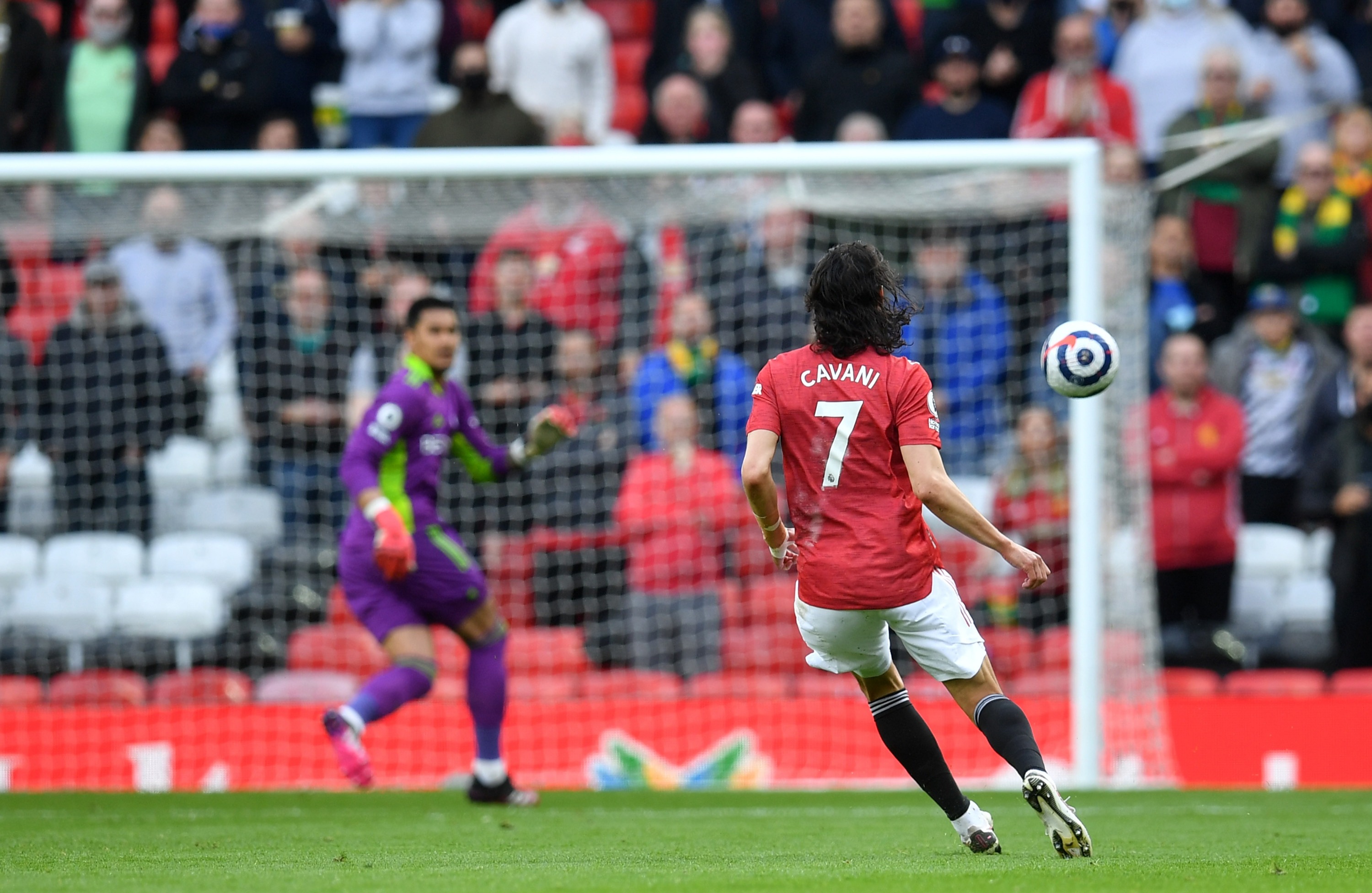 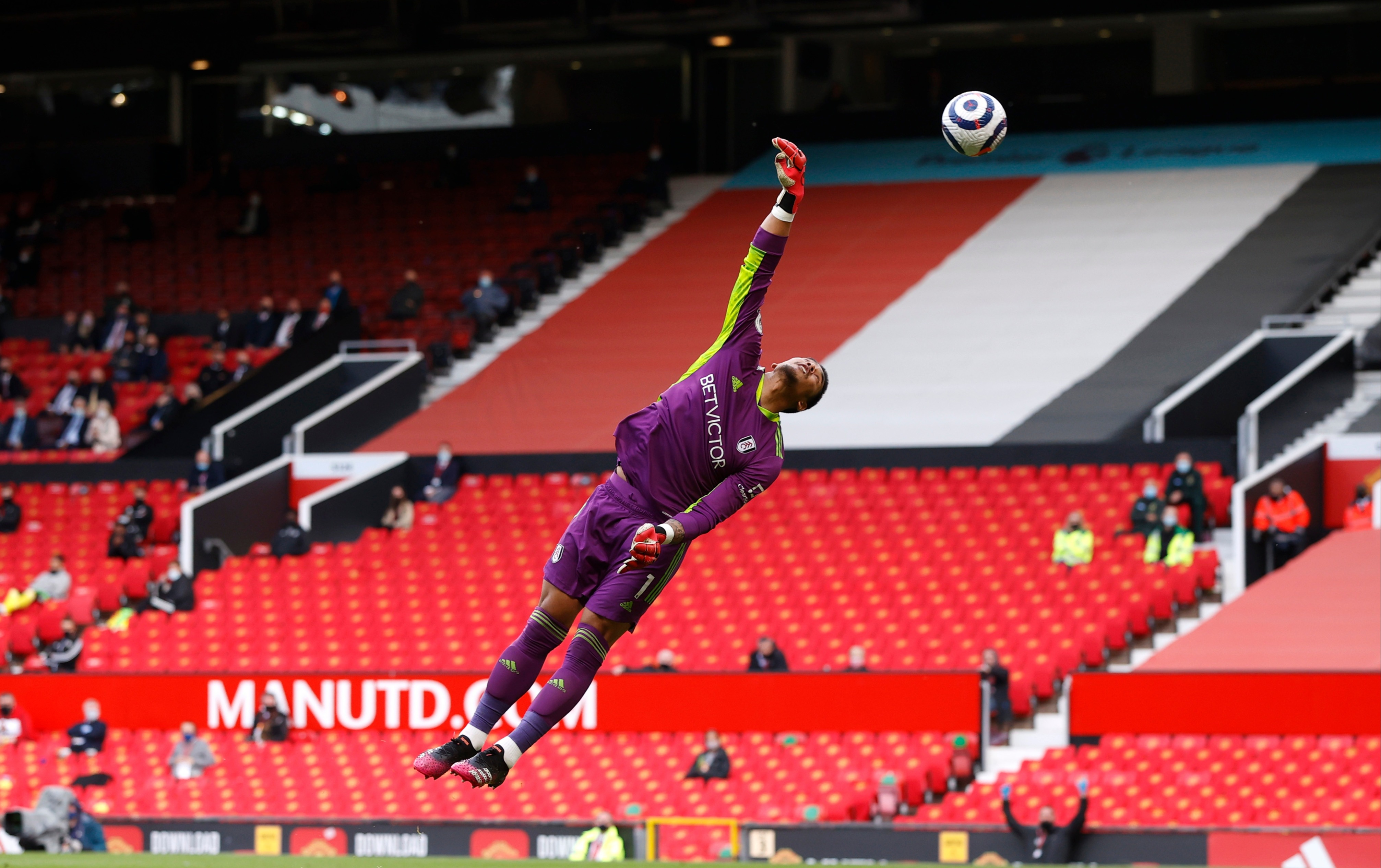 With 10,000 fans inside Old Trafford tonight, the goal was cheered wildly by the United fans.

There was a VAR check to make sure the Uruguayan was onside, but thankfully he was and the stunning goal stood.

The goal came on the 15-minute mark as already-relegated Fulham were cut apart.

United fans were quick to compliment the striker after his stunning strike.

'Special player', 'world class' and 'incredible striker' were just some of the phrases used.

And there was a general consensus that it is indeed a 'goal of the season' contender.

But United might have to reconsider their own 'Goal of the Season' winner. Earlier today it was given to Bruno Fernandes for his 25-yard stunner in a 3-3 February draw against Everton

Former Liverpool and Aston Villa defender Stephen Warnock told BBC Radio 5Live: I loved the goal, the move, the noise, the atmosphere when it went it. 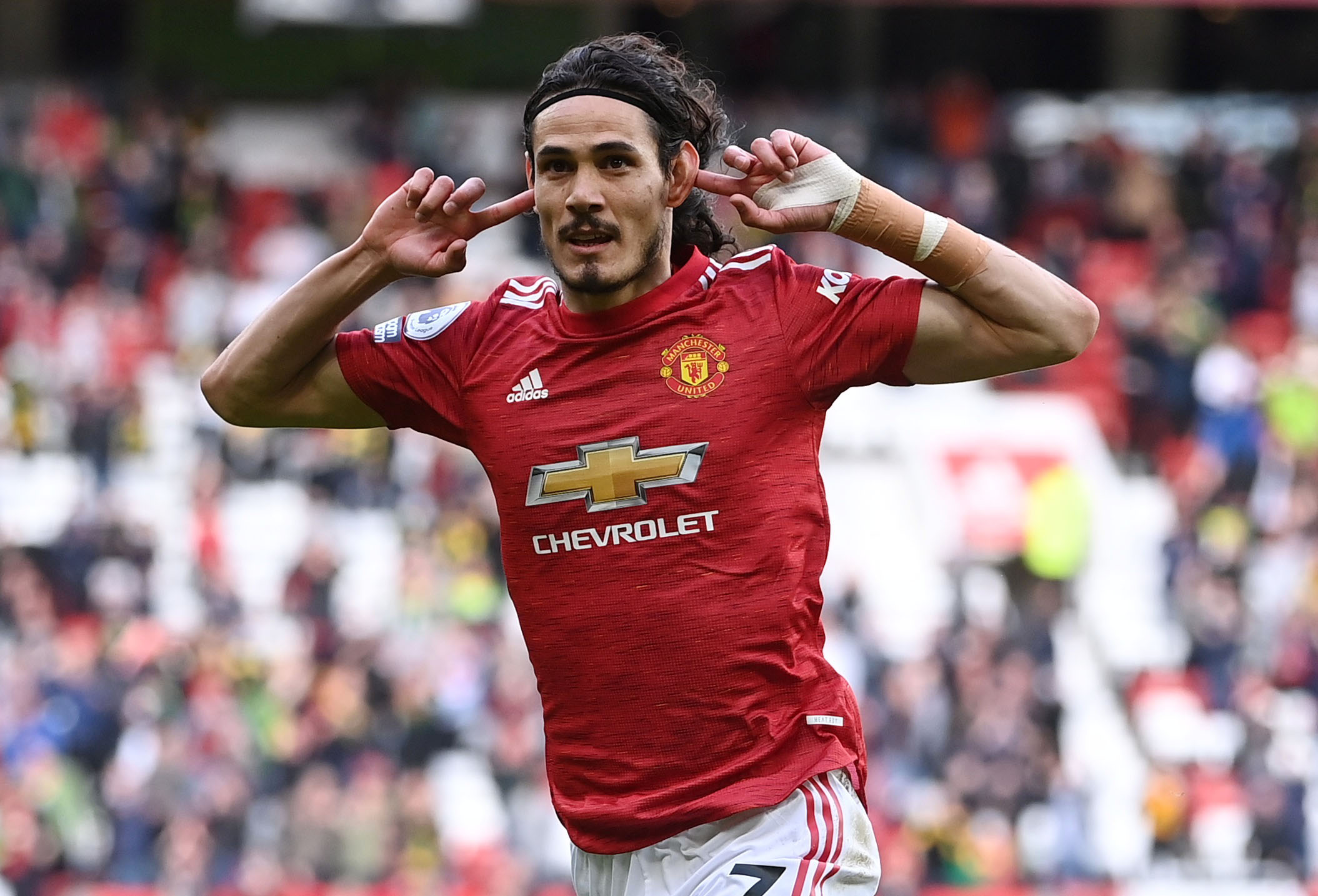 "Cavani said recently he wanted to sample the atmosphere and play in front of the Old Trafford faithful. Well they know what he's capable of now. Wow."

SunSport has exclusively revealed how Cavani will hit a six-figure jackpot if he is a chart-topper in his second season at Old Trafford.

The Manchester United striker agreed a deal to stay for another 12 months, as we revealed he had been offered a pay hike to £250,000-a-week.

And the Uruguay forward could earn close to the same again in bonuses if he is in the goals next season.

Cavani, 34, will pick up an extra £100,000 if he is United’s leading scorer – and a similar amount if he ends up as the Premier League’s Golden Boot winner.

It is also understood that United will promise the South American a rolling annual review, which could even see him staying in England for another season beyond the next one.