The cross country champion, who defended his Under-23 European title, crashed to the ground after his knees got stuck in the mud. 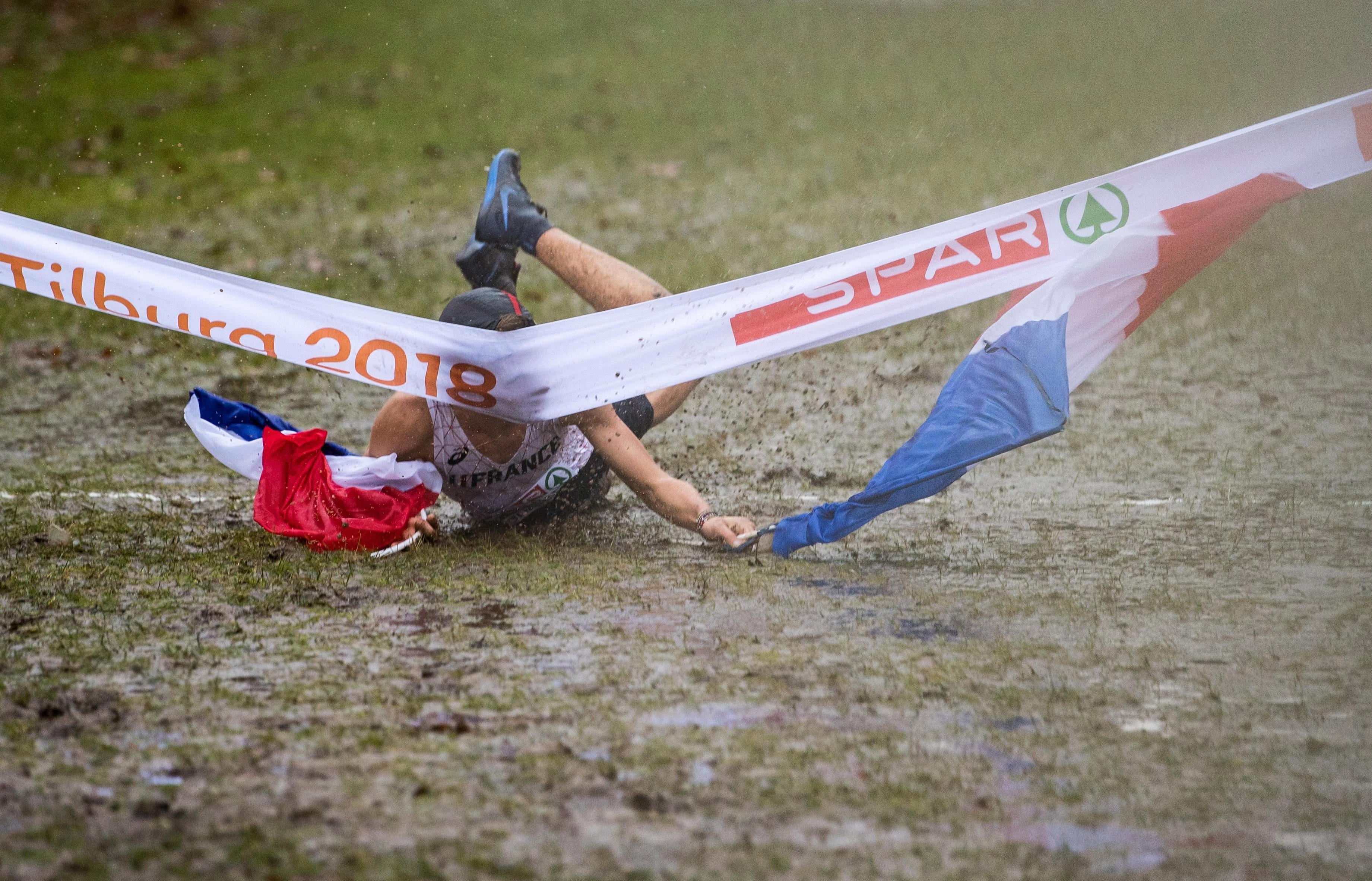 Gressier was clearly in the lead as he charged towards the ribbon with two France flags.

He wanted to finish the race in style, but the wet conditions tricked him into thinking he could pull off a knee-slide.

The 21-year-old was stopped in his tracks and to the amazement of the fans, he fell face first into the ribbon.

But the embarrassed star still smiled straight after because he had just secured the gold medal with an impressive time of 23:37. 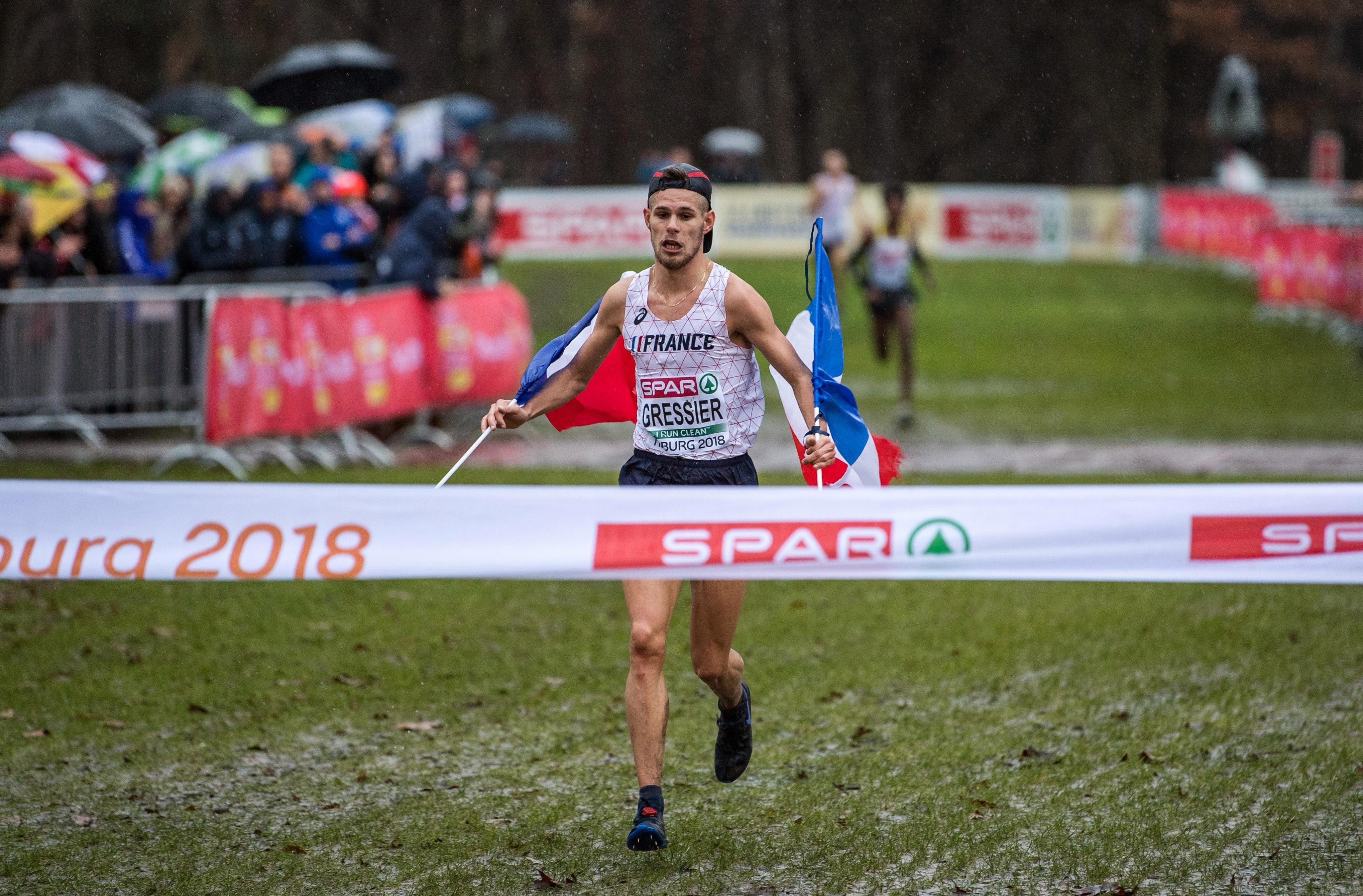 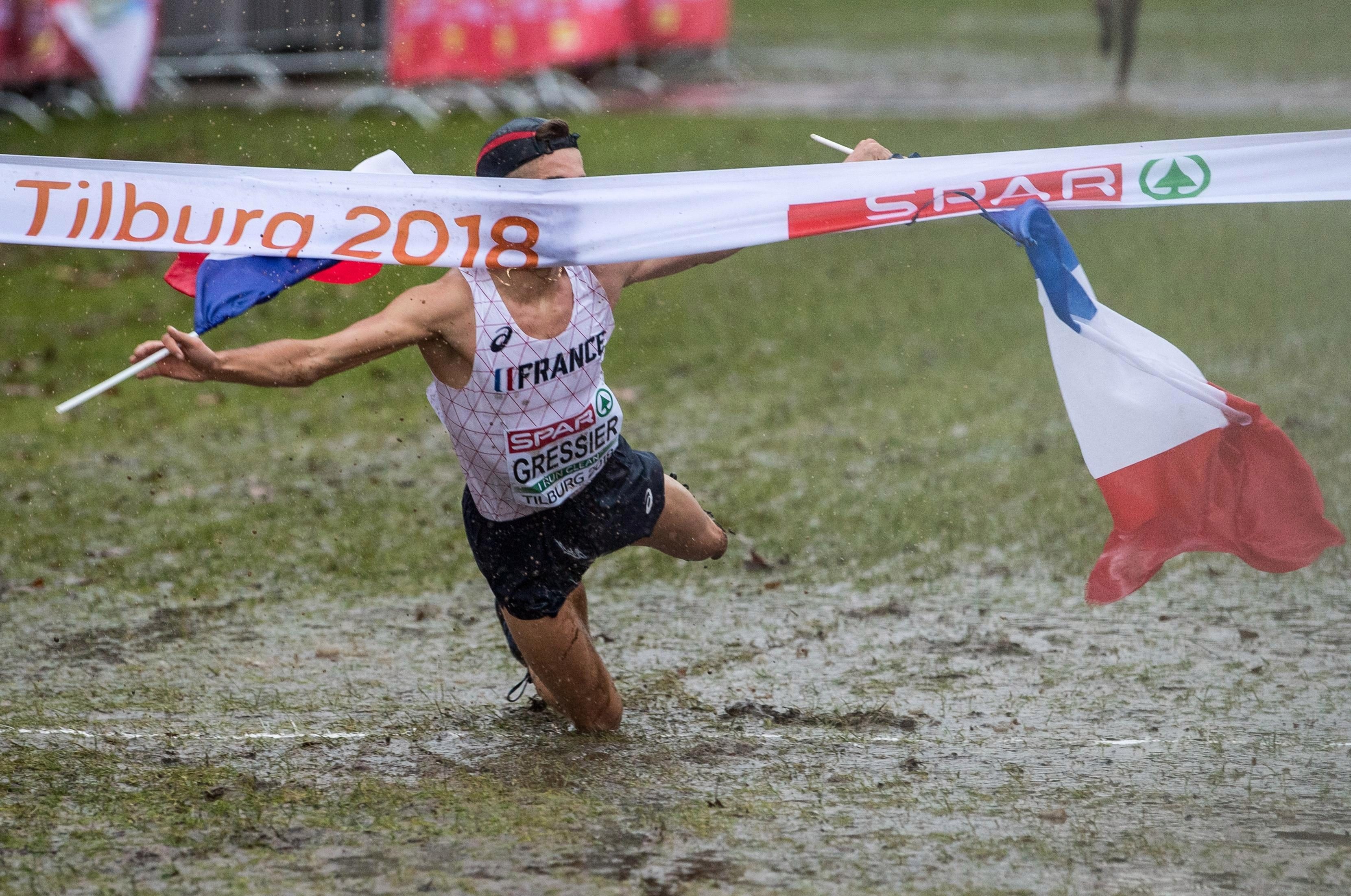 As he tumbled to the ground, the BBC commentator said: "Jimmy, what are you doing? Your big moment and you fluffed it."

A video of the 21-year-old's celebration was uploaded to social media after the race in Tilburg, Netherlands.

One amazed viewer said: "There are iconic finishes and then there's Jimmy Gressier."

While another said: "Jimmy Gressier with the greatest 'worst knee slide' in history #tilburg2018." 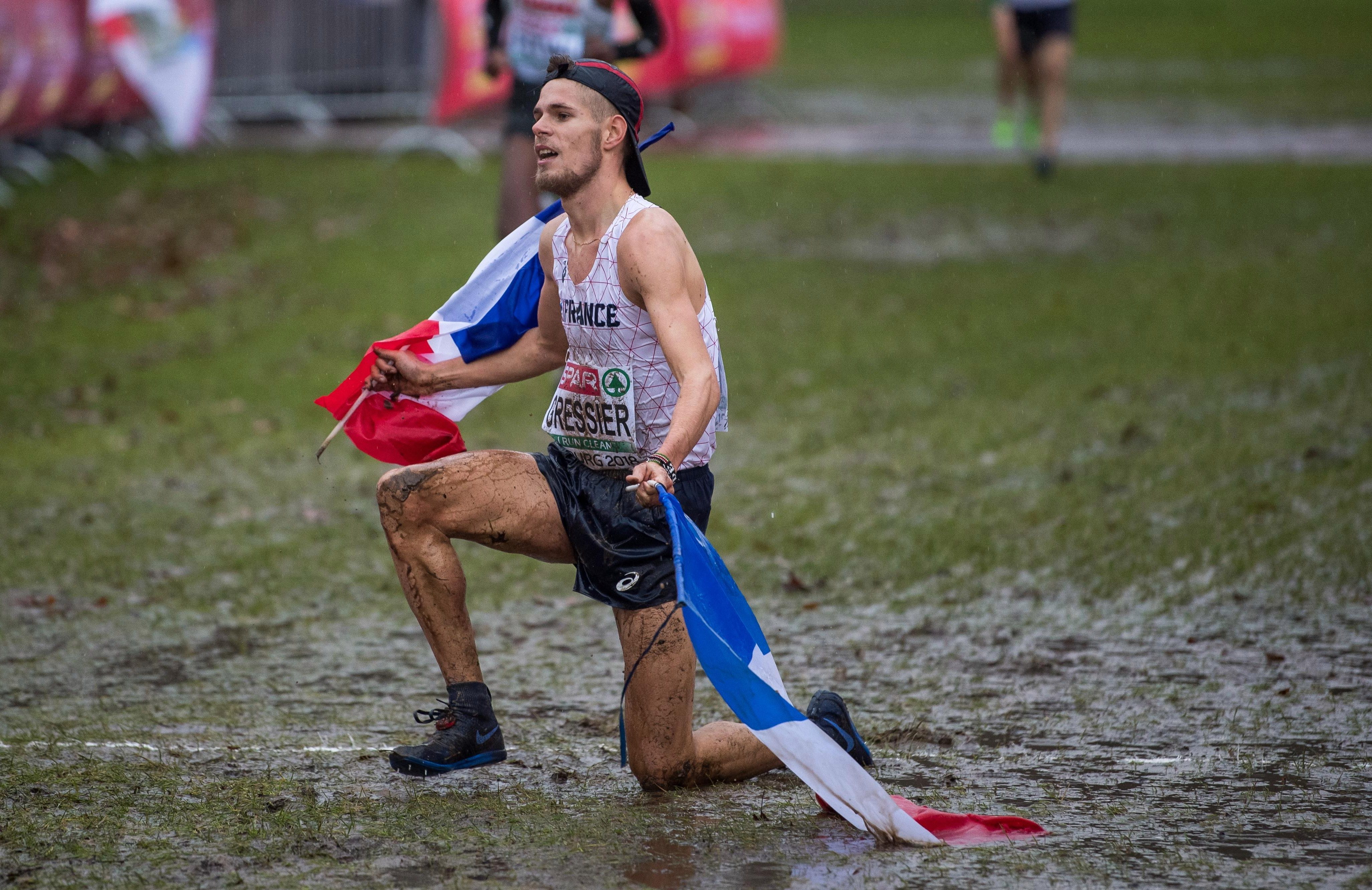 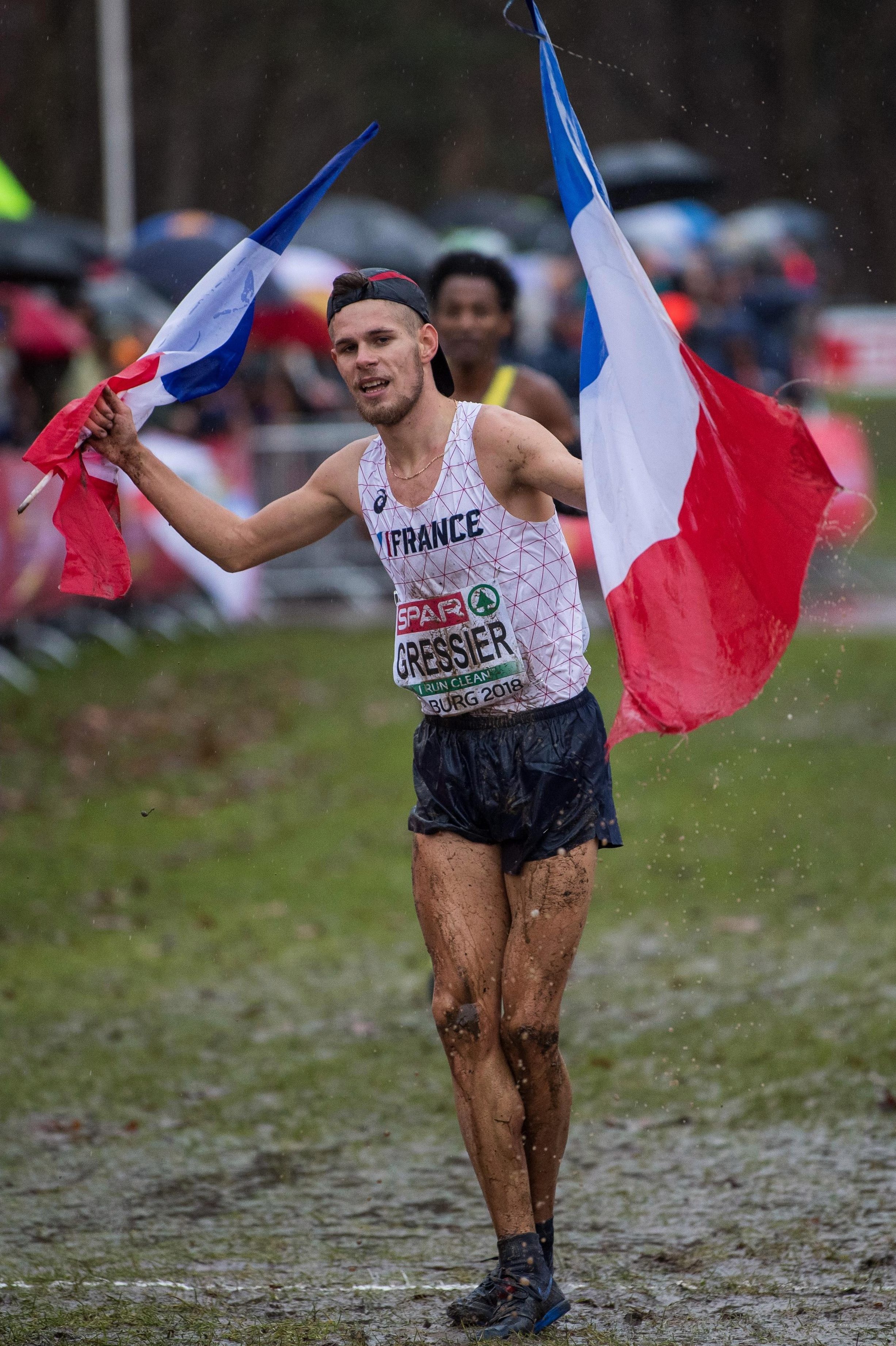 Another Twitter user said: "What a way to win a race! Was hoping a knee slide victory to show off with him… no chance!"

In an interview after the race, the French star said: "The conditions of the race were difficult. But still the course was really nice despite the weather conditions.

"The biggest difference compared to last year is the fact that I was the one who was chasing then. This year I was the one getting chased."

His failed attempt comes just a week after Stephan Lichtsteiner did the same thing when he tried to celebrate his team's goal against Spurs.

Chelsea star Eden Hazard is renowned for his knee-slide celebration, but the Chelsea star claimed he is going to retire the move because "they are on fire." 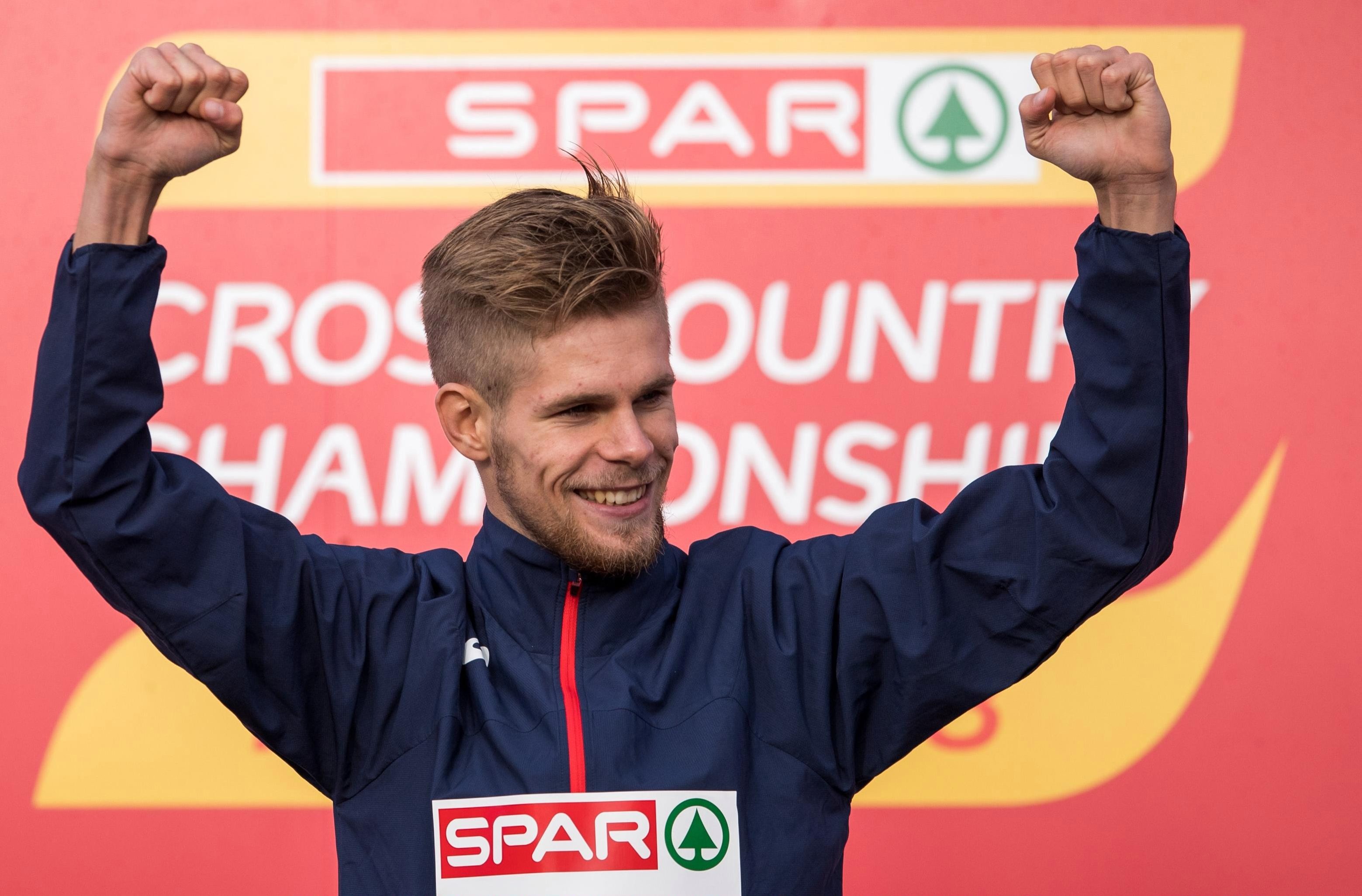