But it was all in vain as the San Antonio Spurs rallied to continue their impressive nine-game winning streak. 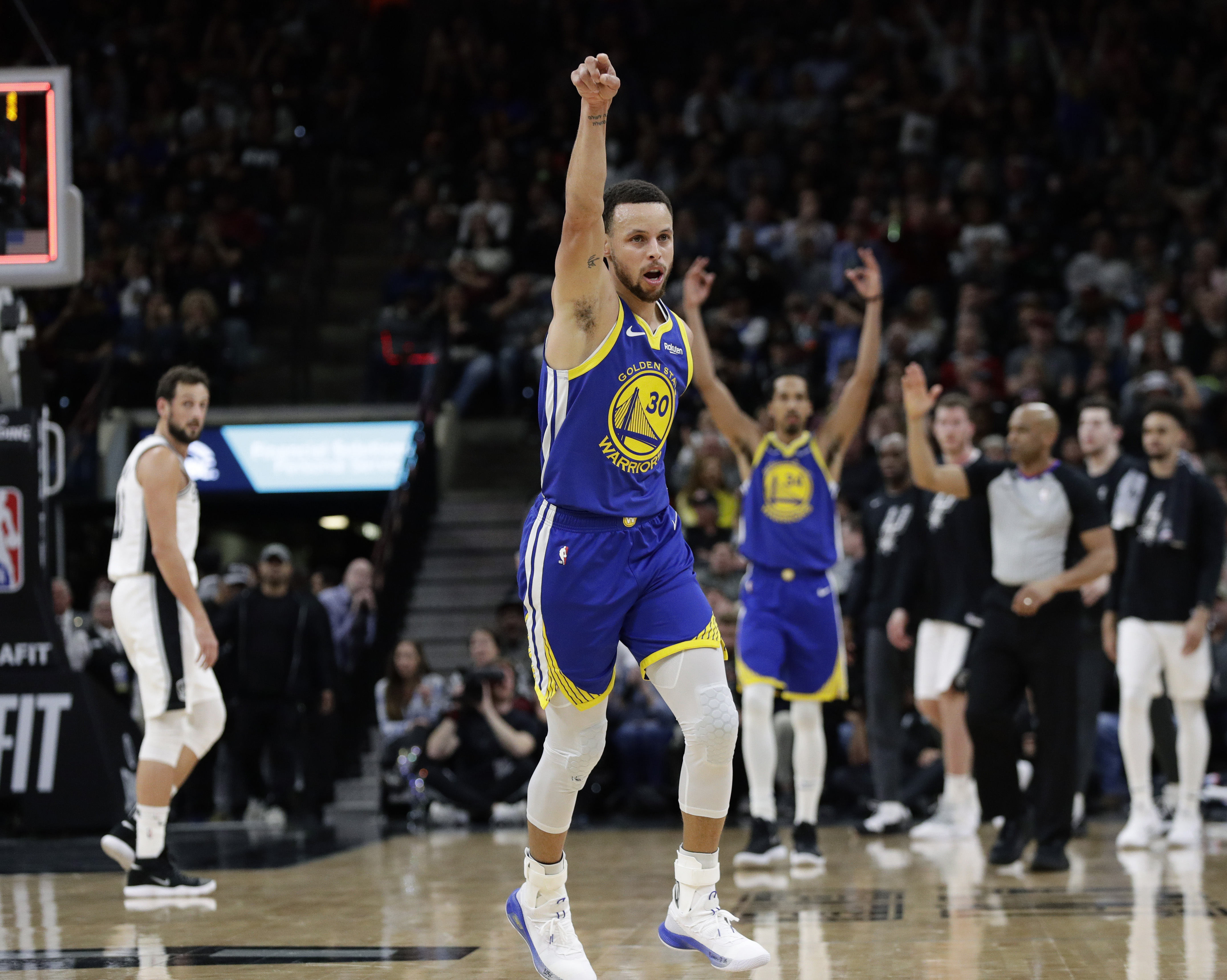 Curry, a two-time Most Valuable Player and three-time NBA champion, has been dubbed the 'greatest shooter ever' by sections of the American media.

And it's easy to see why when shots like this go in.

Collecting an inbounds pass with just 1.3 seconds at the end of the first quarter, Curry is left alone, seemingly out of range.

But he launches a high looping shot, that heads into orbit and back down towards the basket – eventually banking in off the background and finding the net.

It was an incredible shot that even drew gasps and cheers from a partisan home crowd at the AT&T Center.

Curry finished the game with 25 points, but it was not enough for the Warriors to beat the Spurs, who are the most in-form team in the NBA.

"They were executing and I thought they out-executed us, out-coached us. They deserved to win."

Social media went wild after Curry made the shot.

Terry Moran added: "Steph from the next zip code." 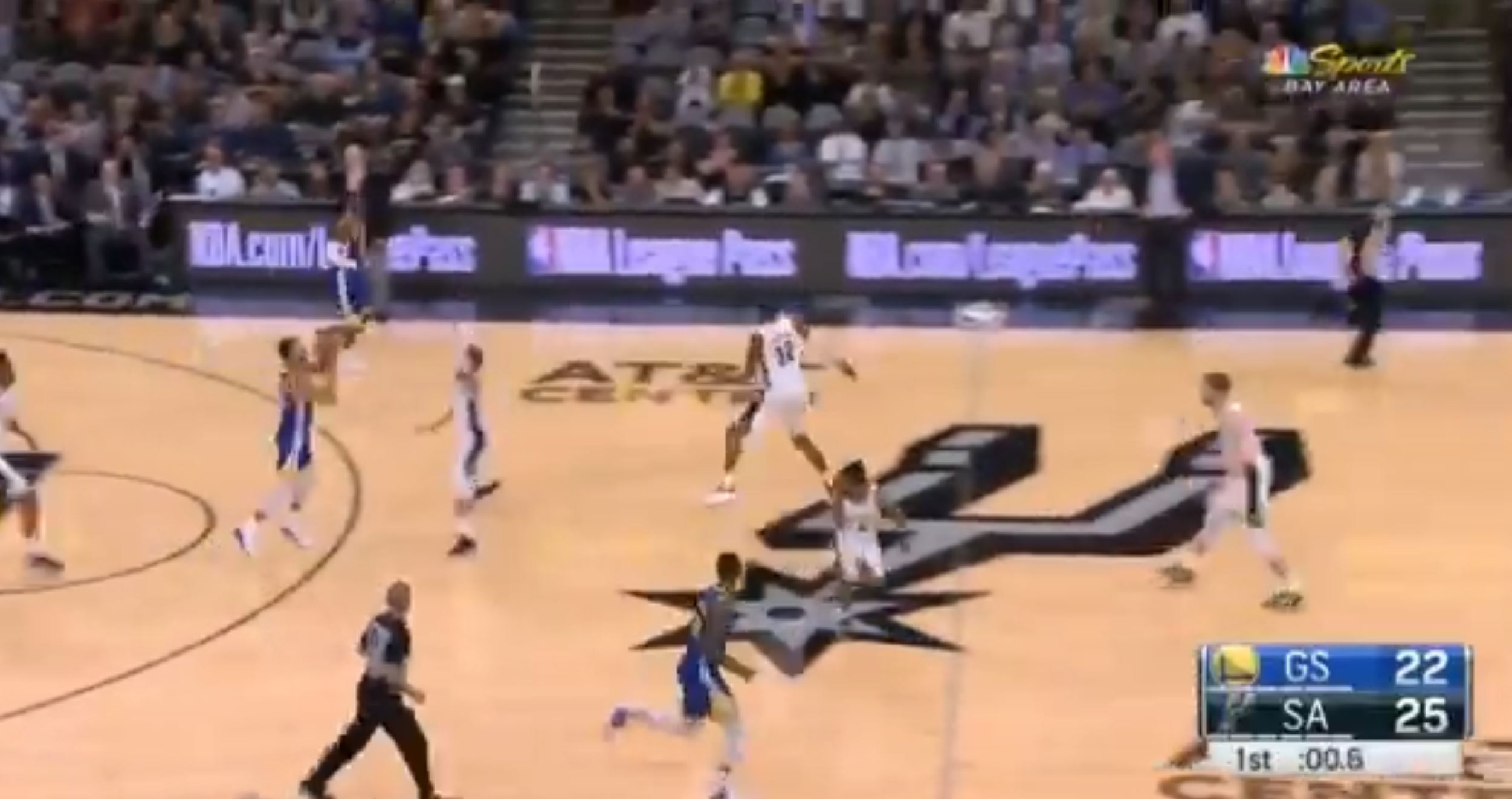 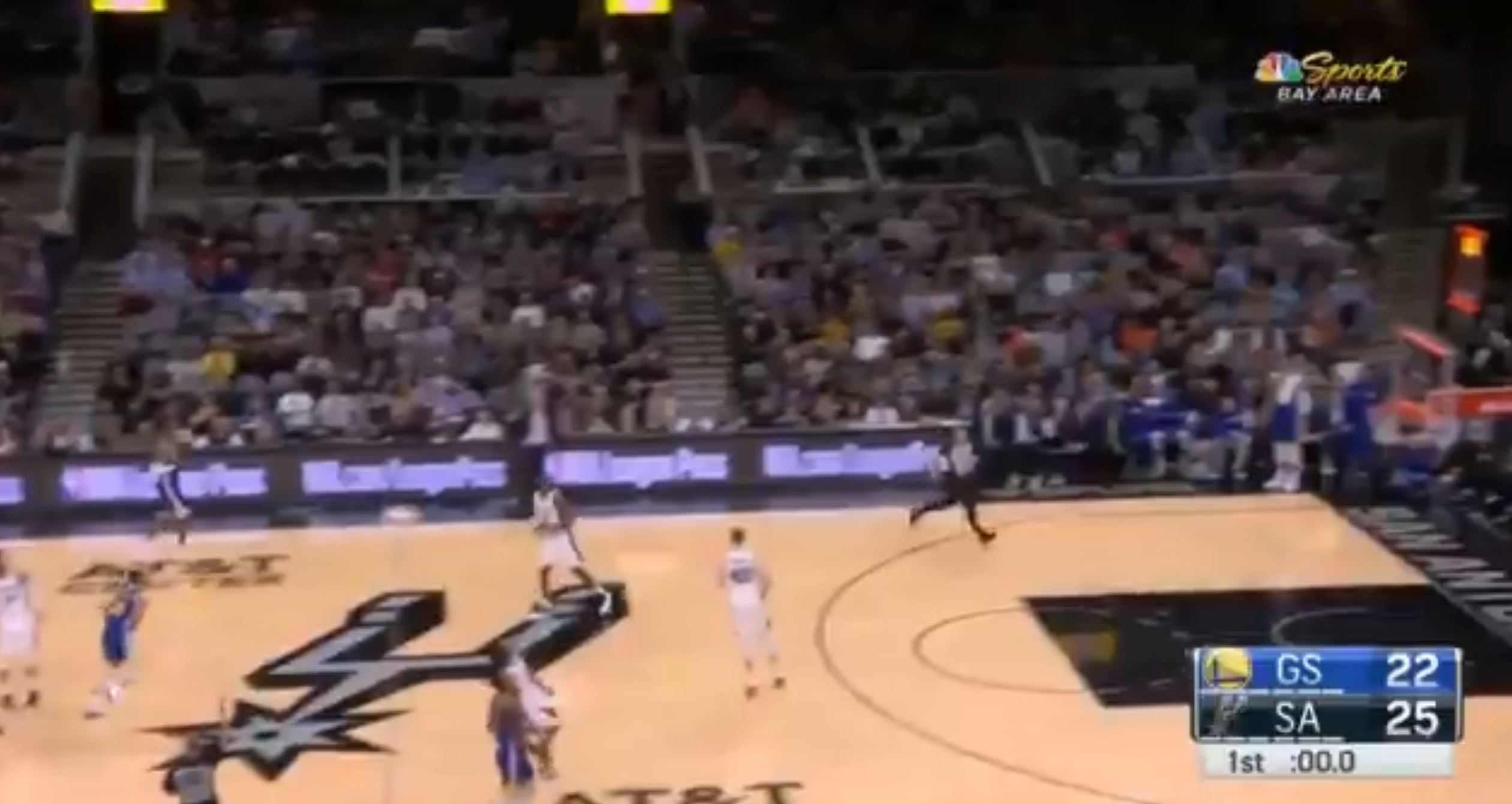 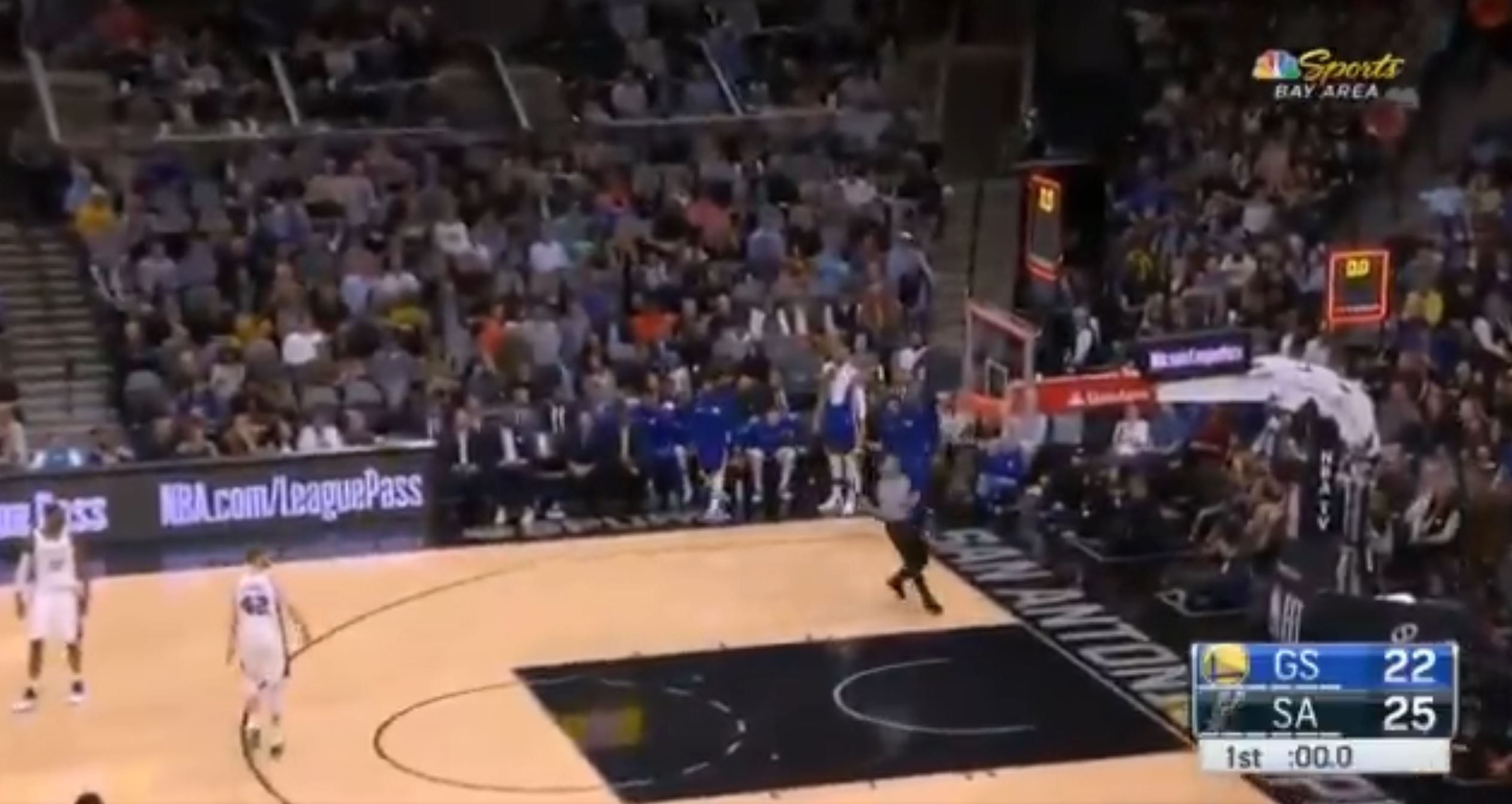