BOURNEMOUTH'S clash with Watford descended into a chaotic brawl involving two red cards as the Cherries grabbed a narrow win on the South Coast.

Hornets striker Joao Pedro was sent off for a second yellow card after a challenge on Jefferson Lerma deep into stoppage time at the Vitality Stadium. 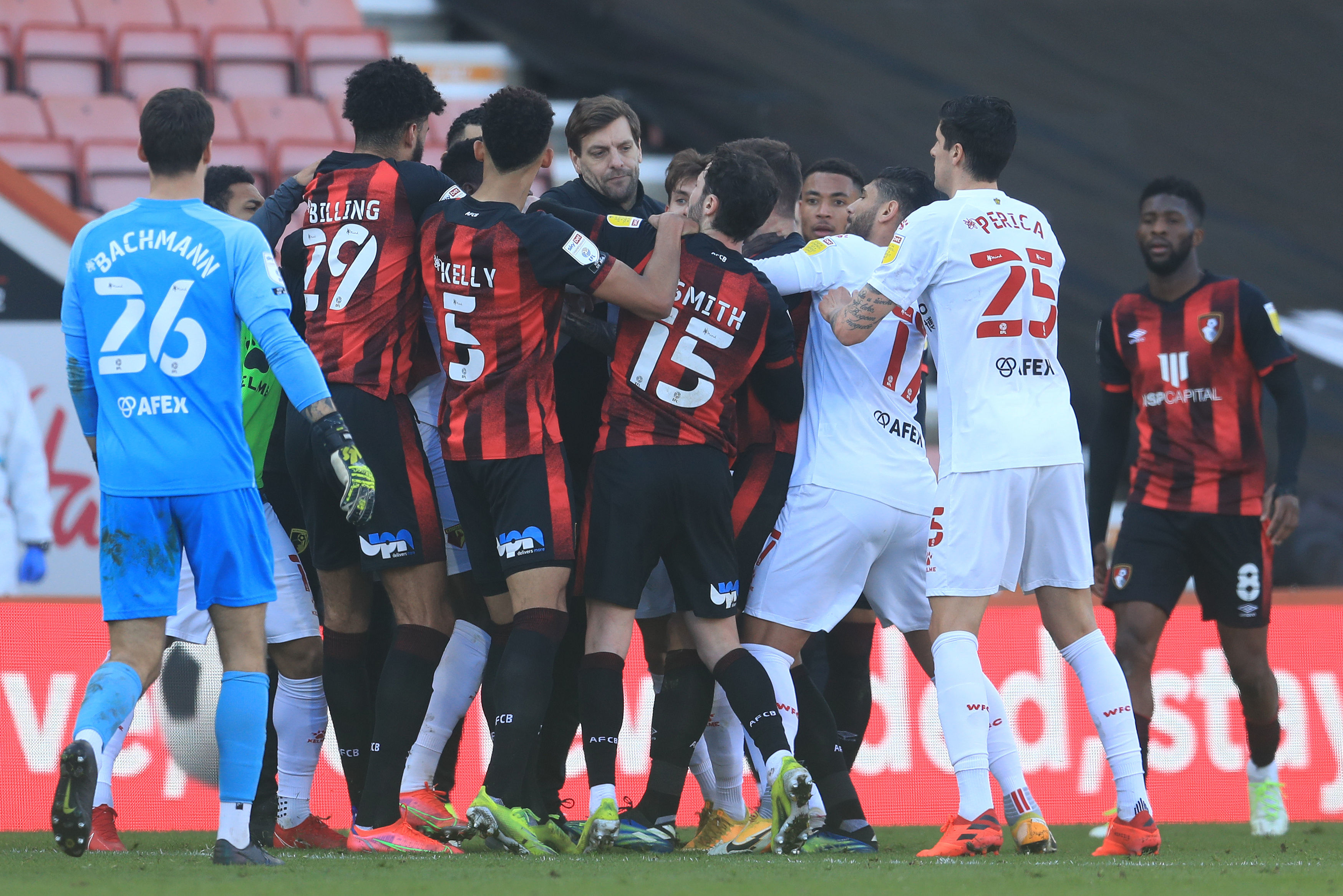 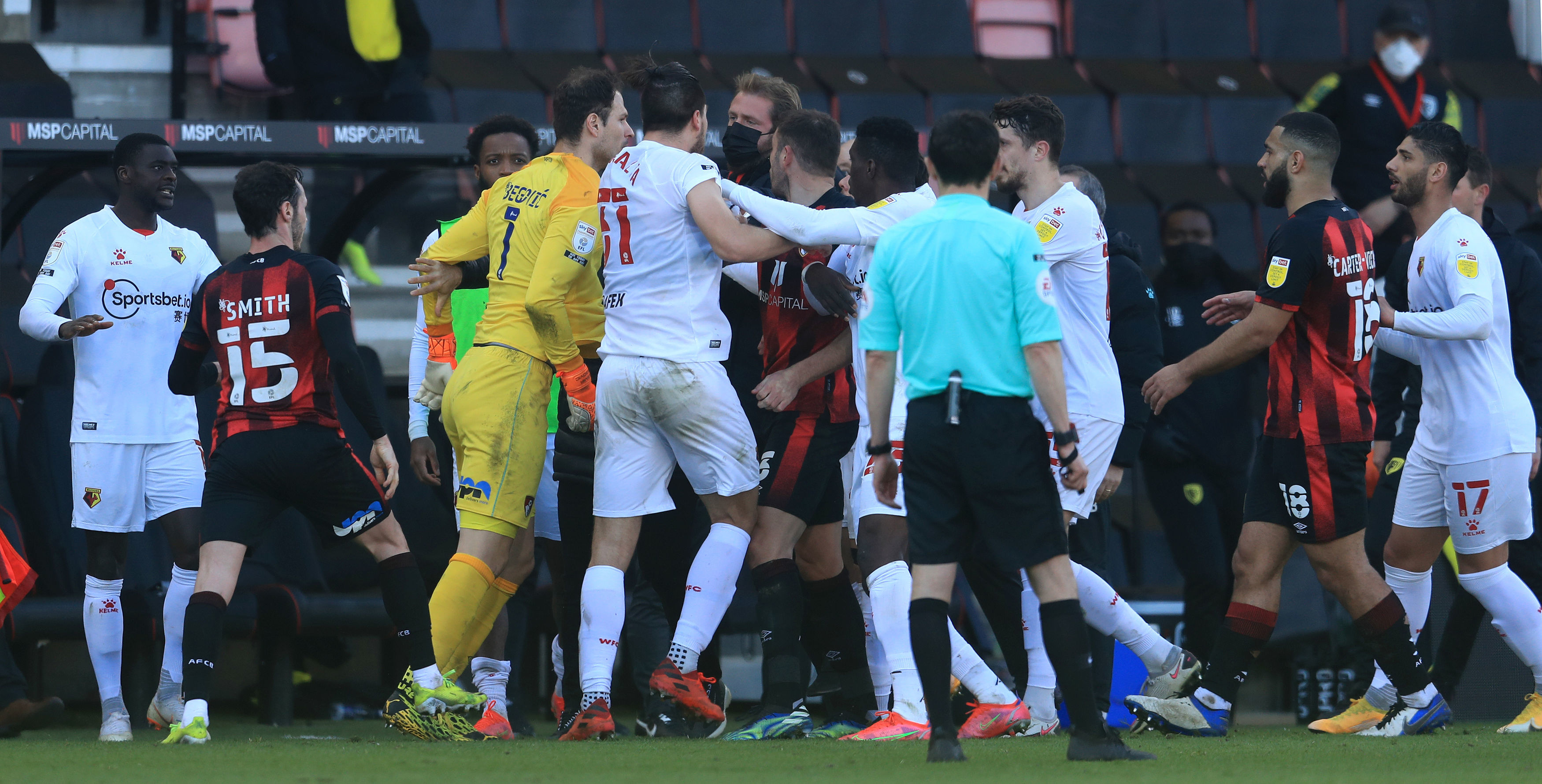 The Colombian then aimed a little shove at Tom Cleverley, with the former Manchester United midfielder not taking too kindly to his antics, with incensed former Cherry Dan Gosling also getting right into the thick of things.

Things swiftly escalated, with pushing and shoving matches breaking out between a number of players on both teams.

And just as things seemed to have calmed down slightly following Pedro's exit, the handbags flared up yet again, with Jack Wilshere also being shown a second yellow card for his role in the ruckus.

The former Arsenal star had seen the red mist, steaming in from nowhere to get involved with Cleverley.

Suddenly Gosling was having to play the mediator, as team-mate Ismaila Sarr appeared determined to get to Bournemouth full-back Adam Smith amid the unsavoury scenes.

The bad blood started earlier in the match, when Lerma made a meal of a Nathaniel Chalobah challenge that resulted in the former Chelsea player being booked.

But the midfielder, having since been substituted, appeared to see the funny side of the late events, captured on camera laughing at Lerma's actions. 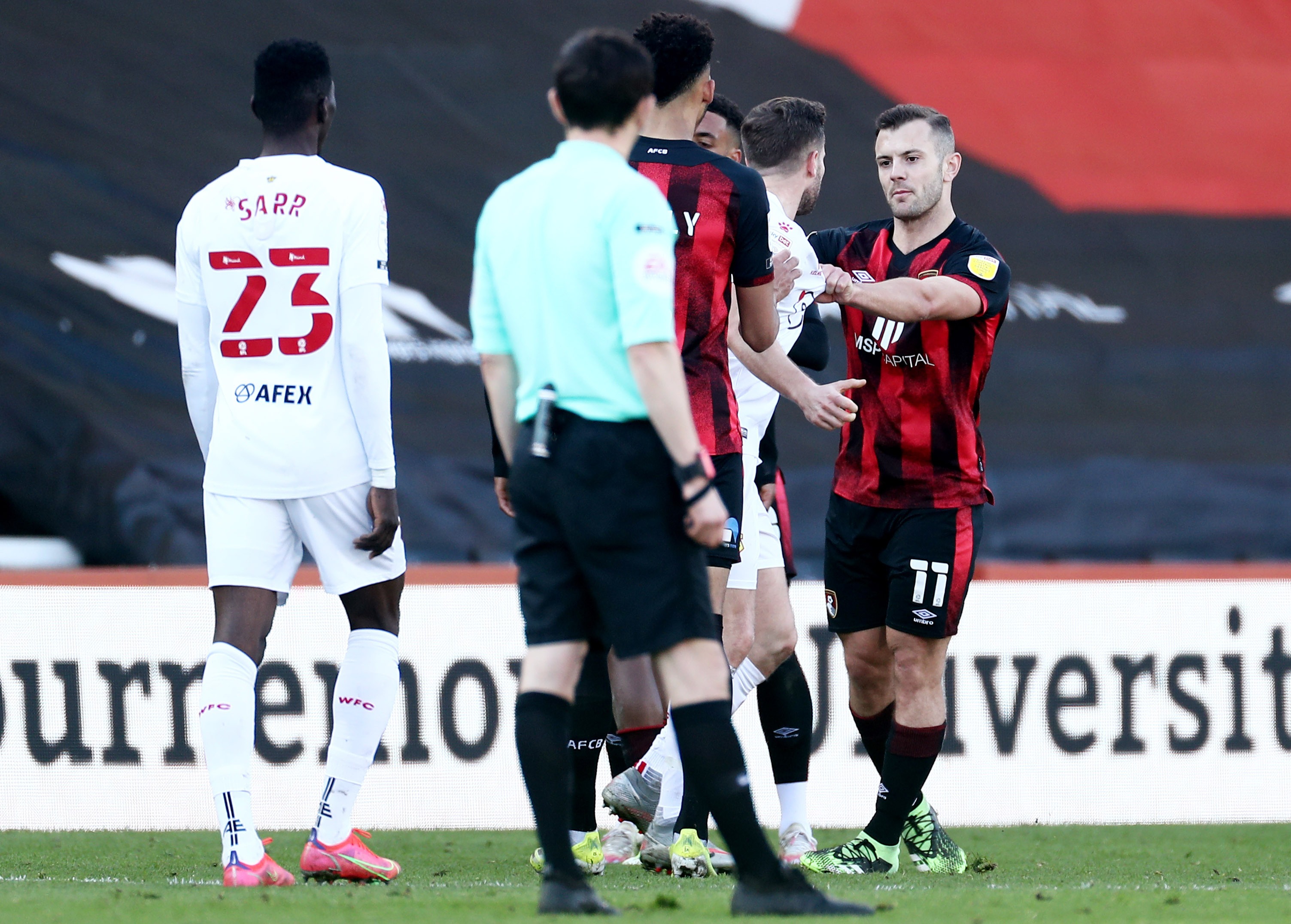 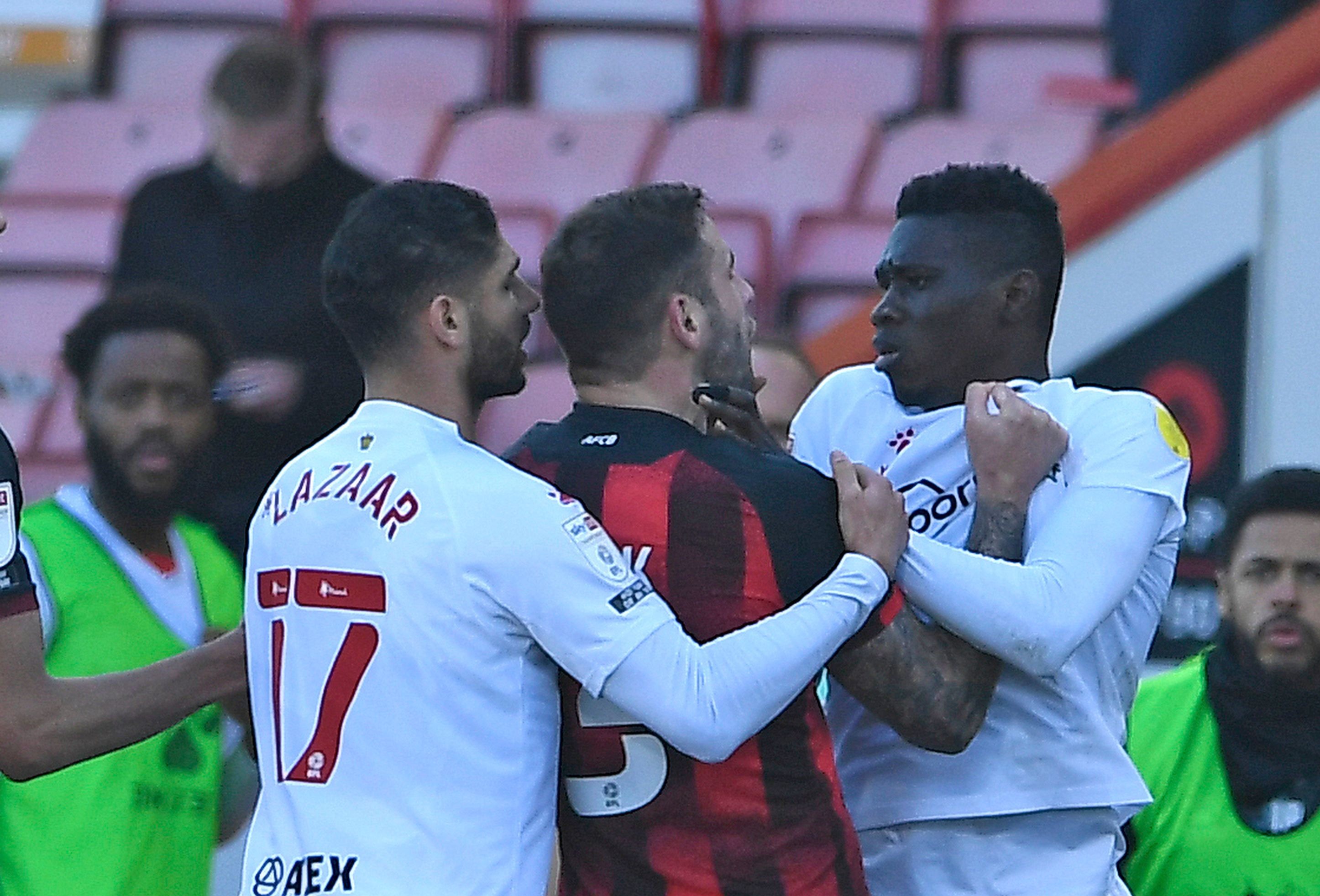 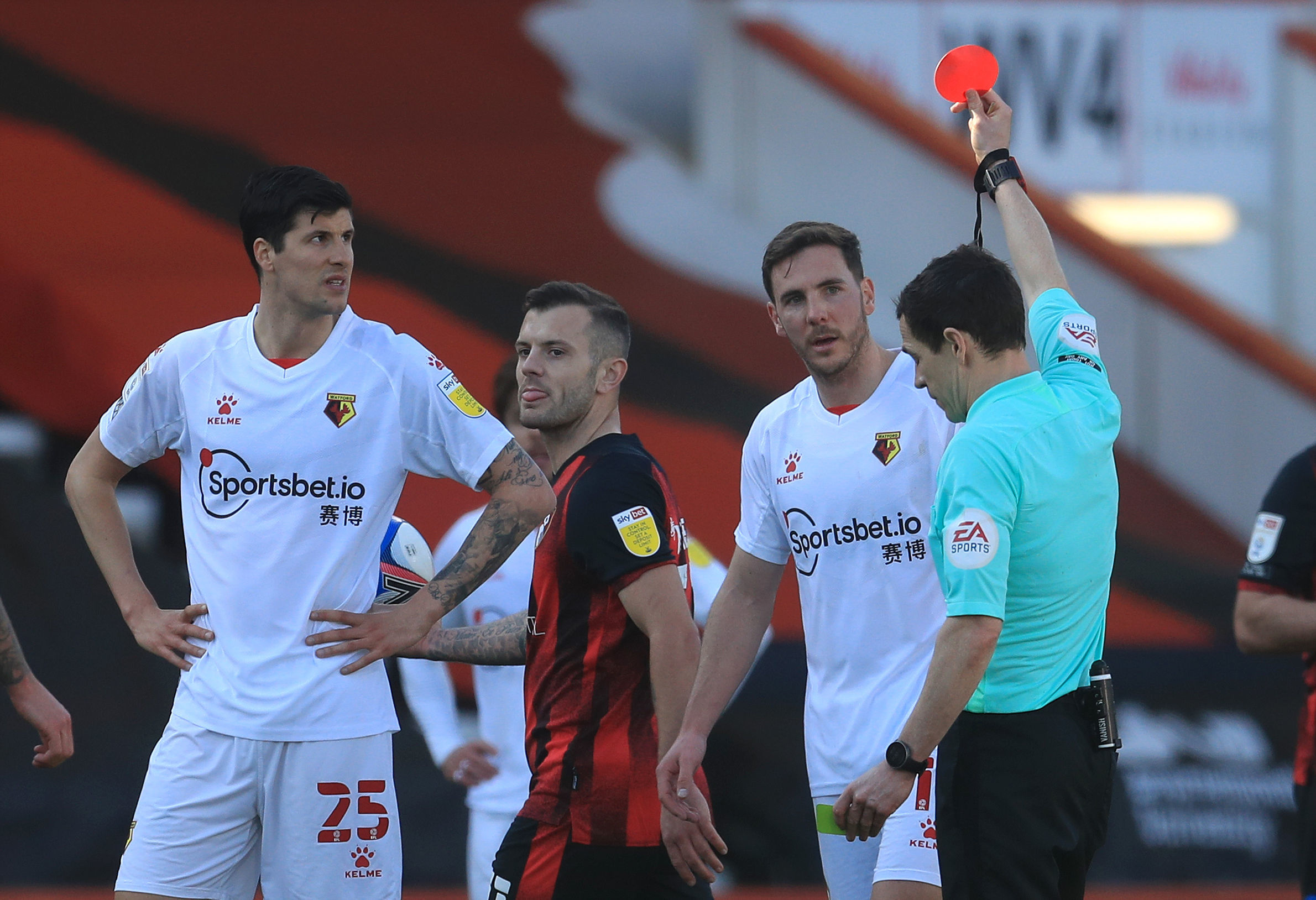 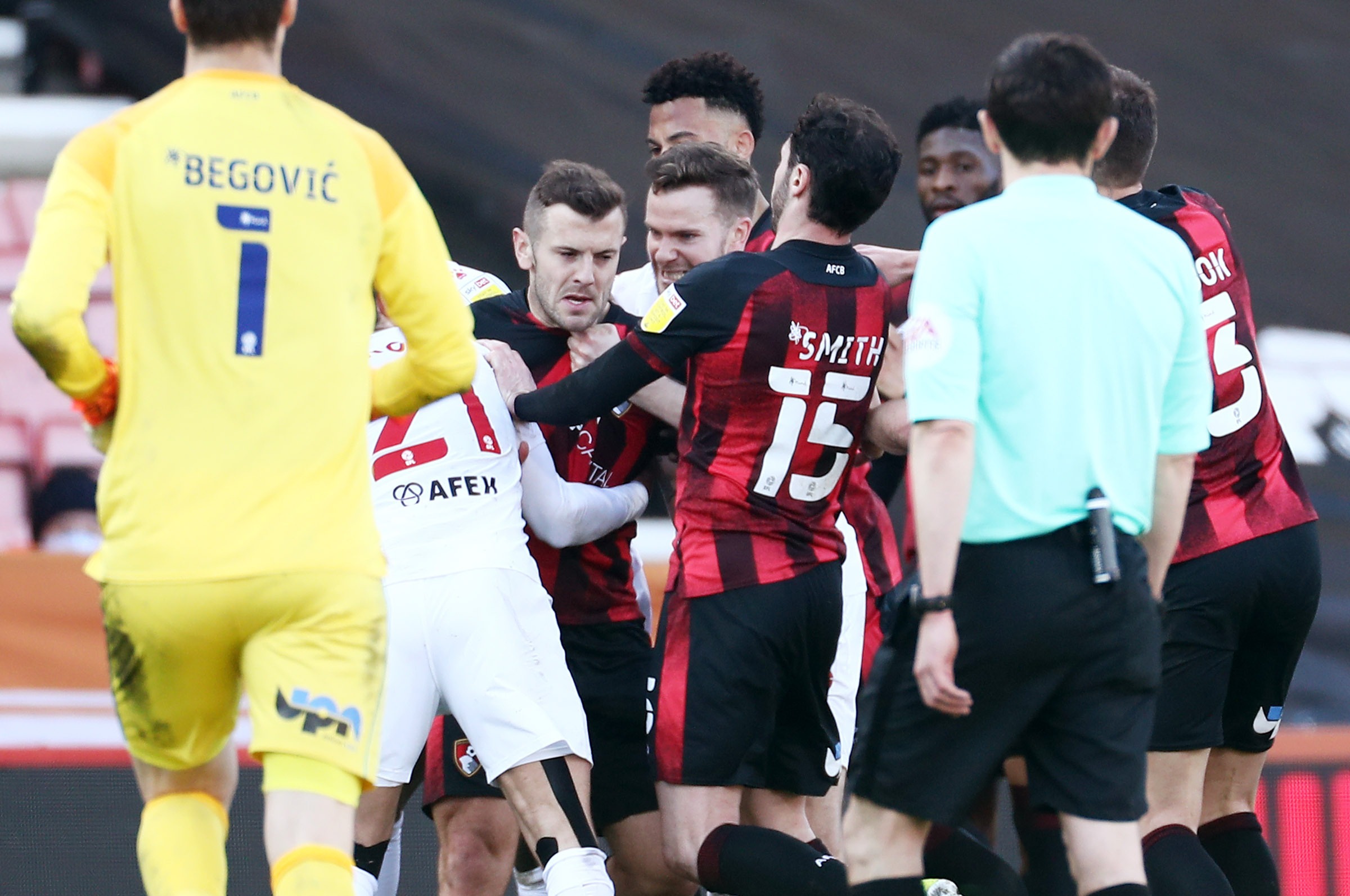 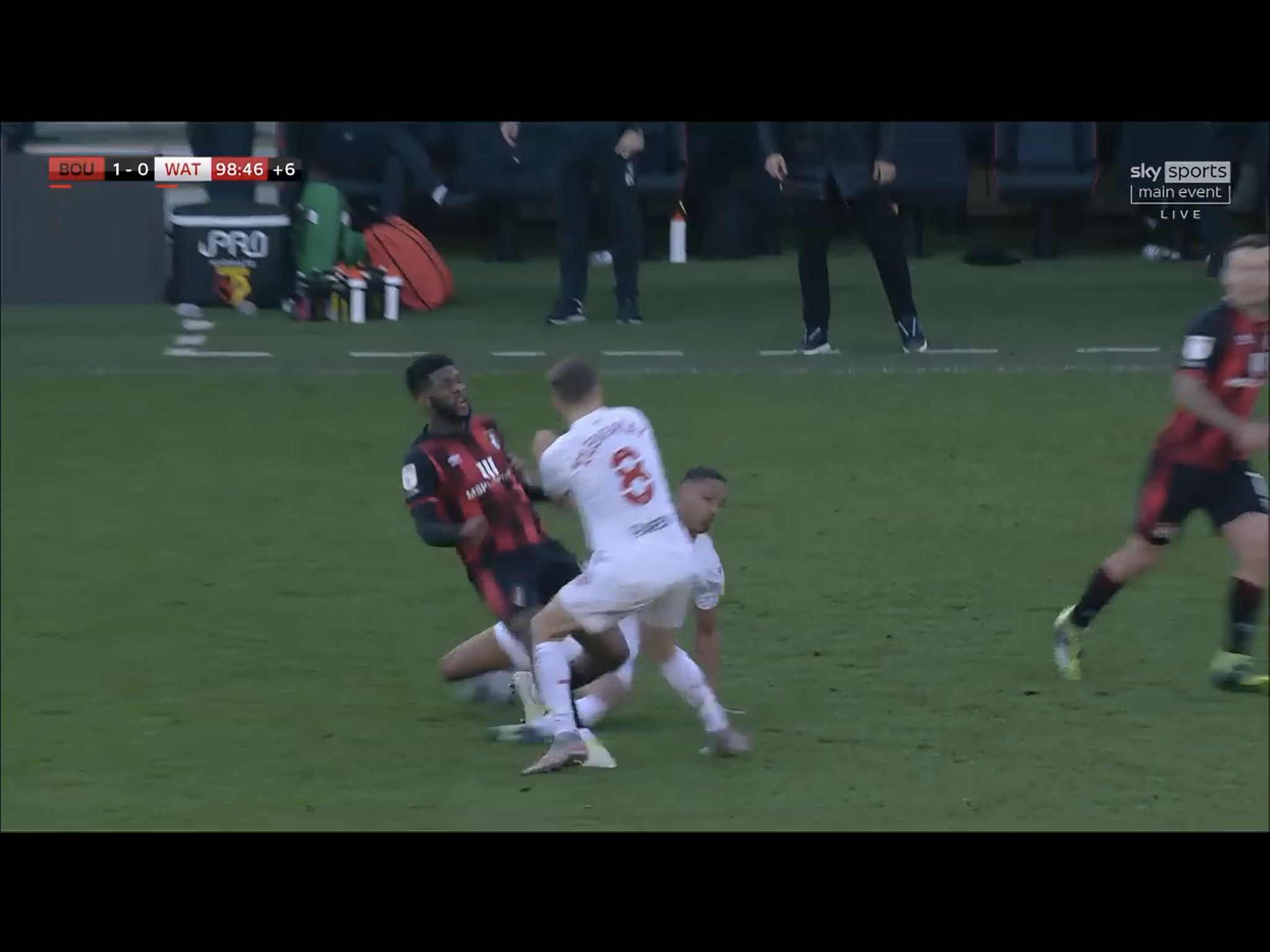 Among the chaos, Sarr was also shown a yellow card for his role in the drama.

The late madness overshadows what is a huge victory for new Bournemouth boss Jonathan Woodgate.

Appointed until the end of the season this week following an interim spell, the former England defender was desperate to get his side's promotion aspirations back on track following a turbulent run of form.

The Cherries had fallen 11 points behind the third-placed Hornets going into their meeting, and had fallen out of the play-off spots altogether.