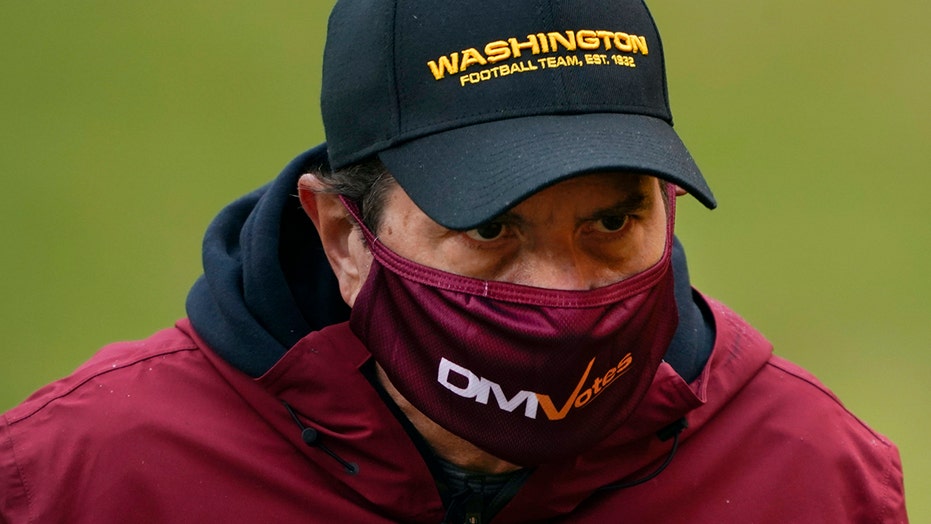 What was initially thought to be a placeholder for the Washington Football Team could become the organization’s permanent name.

Team president Jason Wright told ESPN in an interview this week that fans have “warmed” up to the name, so much so that it could be a permanent fixture.

SNYDER TO BUY OUT OTHER WASHINGTON OWNERS, PENDING APPROVAL

“There are a set of folks that have warmed to the Washington Football Team,” Wright said. “Some of the things that are emerging from that are the Washington Football Team has something that ties deeply to our history. It feels like that isn’t jettisoning all the things we have been in the past, whereas something that’s completely new might feel that way.”

He continued: “It’s important for a substantial part of our fan base to feel that this is a continuation of something versus a complete reset, something brand new.”

Washington changed its name in July over mounting pressure to distance itself from its former name and logo because of the negative connotations associated with the symbol.

Fans will have until April 5 to submit their suggestions. Wright says they’ve received around 15,000 submissions from 60 countries and six continents.

The expectation is that WFT will remain the team name for the 2021 season and a permanent one will be announced in 2022, but Wright says there’s no timetable.

“The sooner the better – that’s one thing I hear from the fan base,” he said. “I would like it sooner than later, but it’s hard to commit to timing because the importance here is thoroughness, rigor and ensuring that we have been inclusive of all the folks that we need to listen to.”