The England midfielder, 26, caught the back of the Italian's right leg with his studs and was given his marching orders after a VAR review. 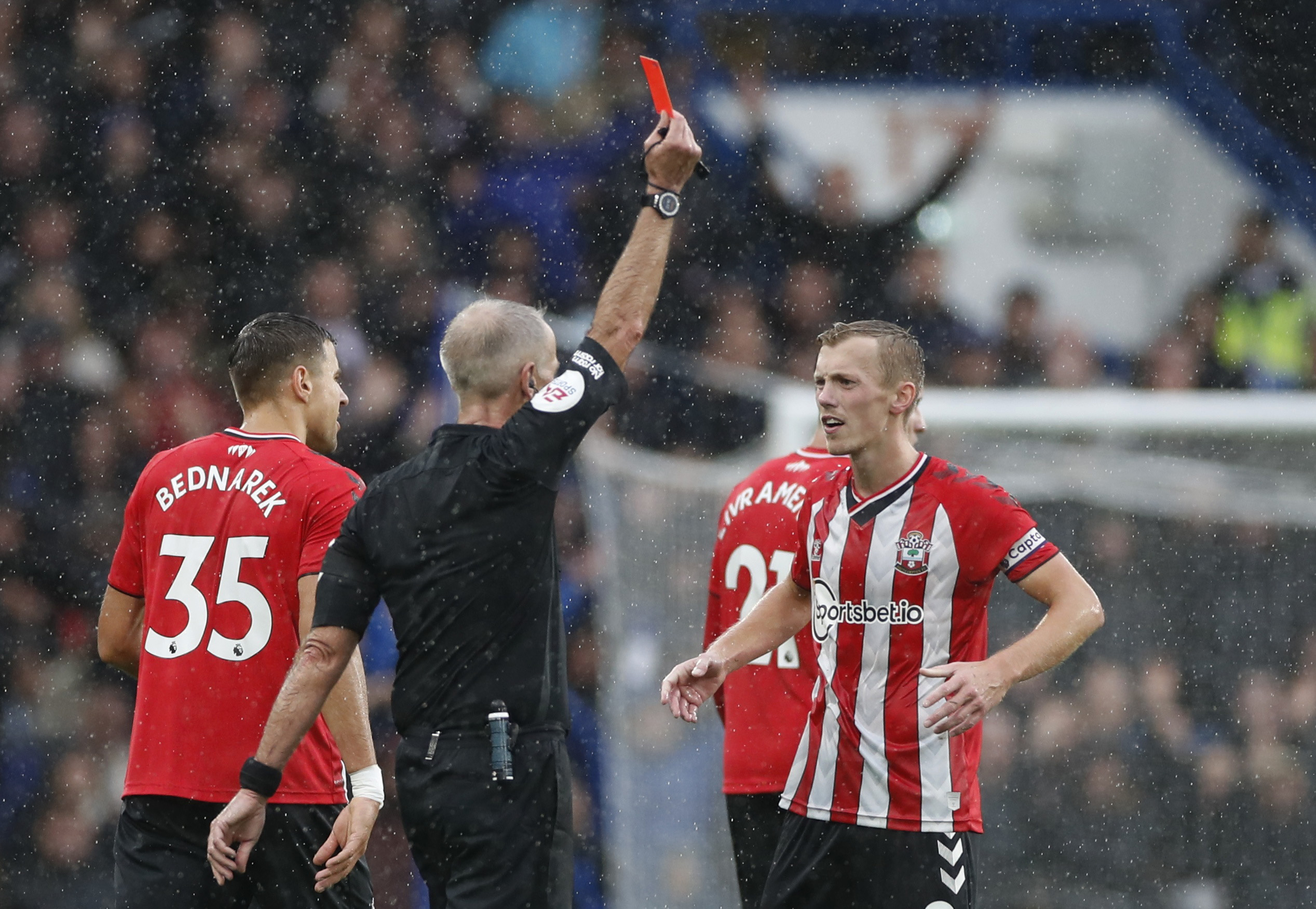 Referee Martin Atkinson didn't initially show a red but immediately changed his mind after a quick glance at the pitchside monitor.

Fans on social media were divided on whether Ward Prowse deserved a red for the challenge, with one tweeting: "No way that's a red card."

Another wrote: "It's a clumsy challenge and a dangerous one, so it has to be a red card."

And one fan claimed: "No way is that a red – slow motion always makes things look worse."

Ward-Prowse's dismissal came in the 77th minute when the score was 1-1 at Stamford Bridge.

And the Saints ace was made to pay for his poor challenge as Chelsea went on to score two late goals and seal a 3-1 victory.

Ward-Prowse equalised from the penalty spot just after the hour before goals from Timo Werner and Ben Chilwell snatched the points.

The result sees Chelsea return to the top of the Premier League, two points ahead of both Manchester United and Everton after their draw.

Title rivals Manchester City and Liverpool play each other on Sunday – and both teams can leapfrog the Blues with a win.

Ward-Prowse's dismissal against Chelsea was just the second of his Prem career – despite playing 276 games – and his first for seven seasons.