Boyhood Sheffield Wednesday fan Vardy was delighted to grab all three points for the Foxes and obliterated the corner flag during his celebration. 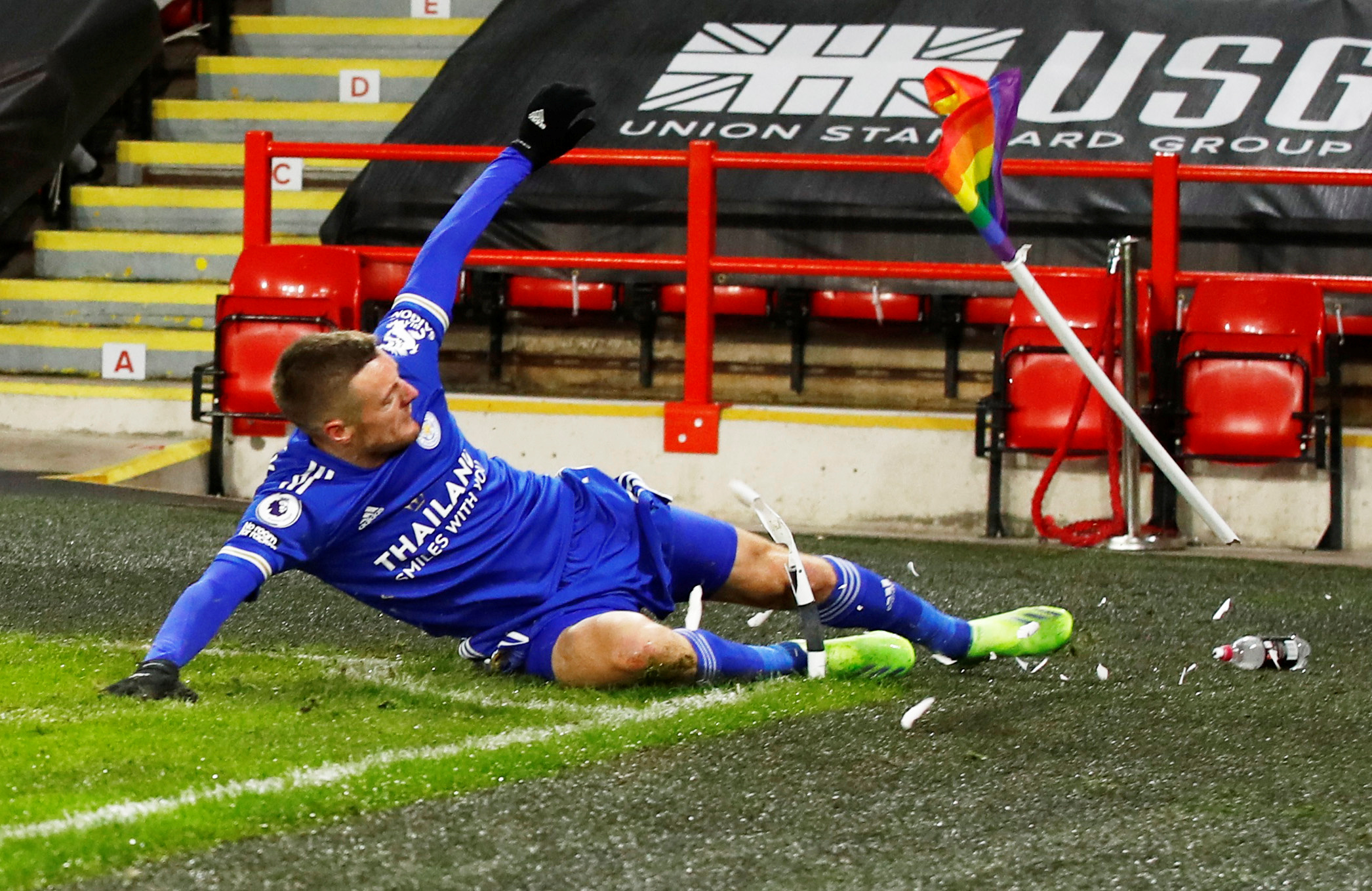 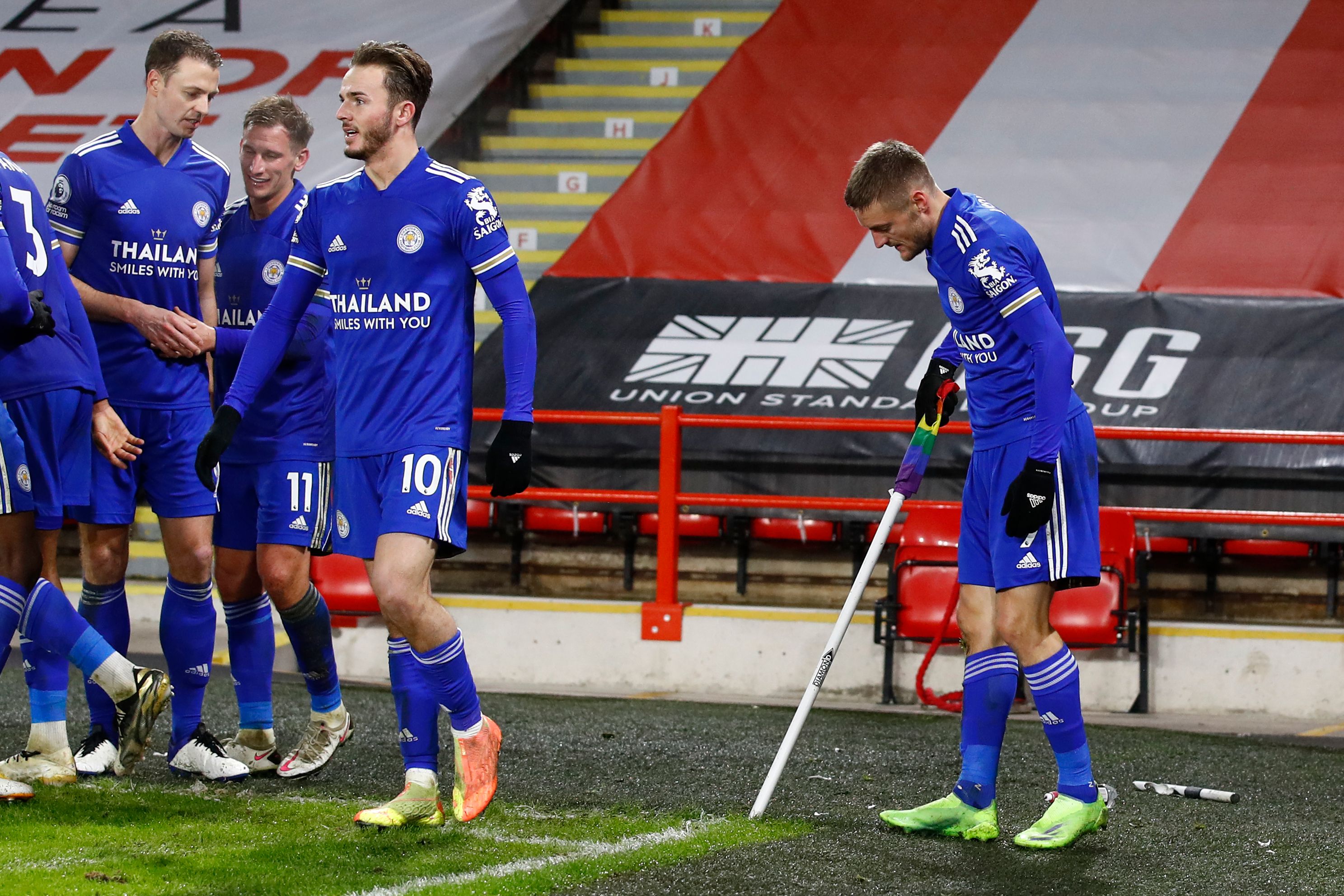 Vardy broke clear of the Blades' defence with 90 minutes on the clock and bent it round Aaron Ramsdale to make it 2-1 to Leicester.

And his celebration reflected just how pleased he was to grab the winner.

He took off with his arms outstretched in his trademark celebration.

But as he got to the corner flag, he took off and slide-tackled the flag.

It shattered into pieces as his team-mates flocked around him.

And after the England striker got up he was seen sheepishly trying to put the destroyed flag back.

The 33-year-old was immediately shown a yellow card by the referee who blew the final whistle just moments later.

Leicester moved into third place with the win.

And the hapless Blades stayed bottom with just one point gained so far this season.

Oli McBurnie’s equaliser just after Ayoze Perez’s opener for Leicester looked to have been enough for a potentially precious point.