Video review is being fast-tracked into the Champions League this season.

People with knowledge of the situation told The Associated Press that UEFA's executive committee is set to approve the use of the video assistant referee (VAR) from the round of 16 in February. 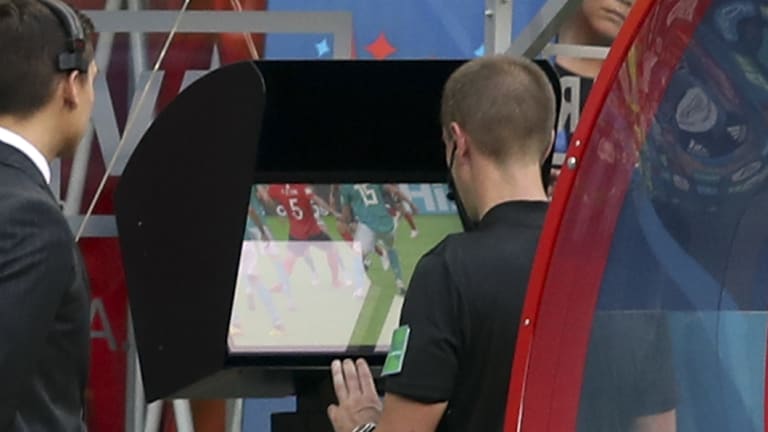 VAR was used during this year’s World Cup.Credit:AP

The people spoke on condition of anonymity because they were not authorised to discuss UEFA's plans publicly before Monday's meeting in Dublin.

European soccer's governing body had originally only intended to introduce VAR from next season, starting in the Champions League qualifying playoffs in August.

This means incidents involving goals scored, the award of penalty kicks, red cards, and cases of referees showing cards to the wrong player.

Without VAR this season in the Champions League group stage, Cristiano Ronaldo was sent off for Juventus after a disputed decision and Manchester City's Raheem Sterling won a penalty when he tripped on the turf without any other contact.