KHOLSTOMER was tapped for toe when dropping back to five furlongs last time on the back of a convincing success over six. He had almost ten lengths in hand that day and this race is no stronger so he’s the one to beat. 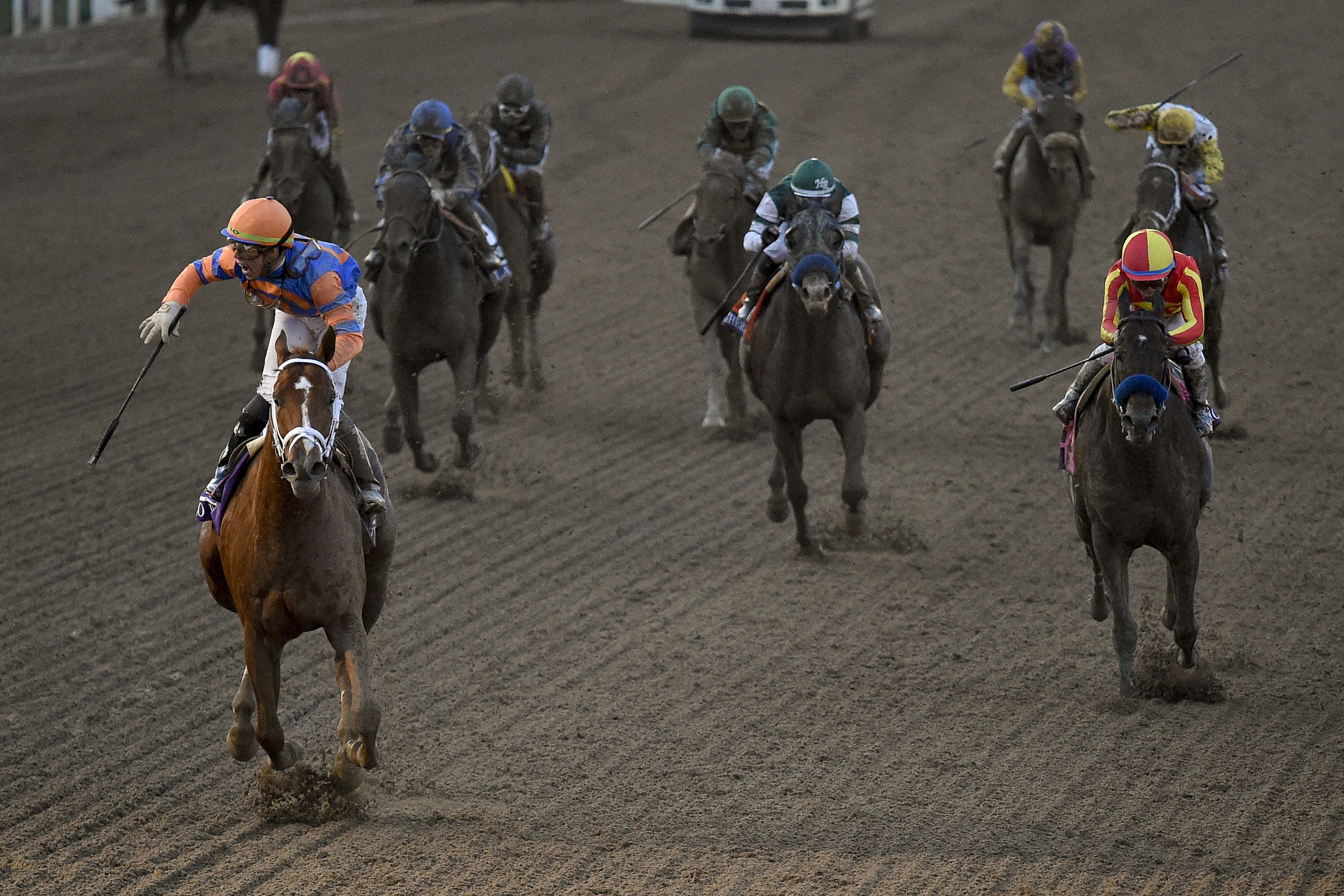 Similar comments apply to Indy Ride who ran out of stamina latest after earlier winning a sprint pulling a bus. Going back on the dirt track looks another wise move and he rates a big danger.

Relishment comes from a top trainer and jockey team and he ran a fair second over seven furlongs latest. He’s capable of hitting the frame at least.

IVORYSGOLDTREASURE has shown some promise in three runs on turf and has scope for improvement switched to the dirt track for the first time. She wouldn’t have to improve much to get off the mark in what looks a pretty weak contest.

RD Blessing ran much the best race of her short career to date when a good second over course and distance last time out. She was forced wide which didn’t help her chances so it was a good run.

Timeless Di has a good inside draw and takes a big drop in class, which makes her a danger.

DRIVE IN has been knocking on the door with two solid seconds over shorter distances around here. She has been clocking the best times on offer in this field and doesn’t need major improvement to get off the mark.

Ettaplace didn’t quite get home over a mile here last time and looks the type who may enjoy this drop in distance. Her trainer has a good record in these maiden claimers. She looks capable of going close again.

R Calli Kim has shown some promise in her racecourse gallops ahead of this debut and her trainer is running at a 37% win rate here this season.

DRILL’S LI’L MAN comes from the ideal inside draw and had two lengths in hand when scoring in a similar race to this here last time. He steps up in distance by half a furlong but that shouldn’t be an issue.

Johnny U battled on well to win here last time and had Resident just behind him in third. The former usually shows a lot of early speed and has every chance of striking again if coming out of the stalls quickly.

Amelia’s Wild Ride went closest to winning for a while when finishing a good second over this trip latest. He is interesting on this switch of stables.

BRAZEN BETSY comes from a stable that has a high strike-rate in sprint races like this. This is the easiest race she’s run in for a while given that she was performing at Grade 3 level earlier this season. She may have needed her comeback from a break when fifth here latest and has more to offer from a handy draw.

Konza Kandy didn’t enjoy going beyond a mile and will be happier over this distance. She won with plenty hand over seven furlongs here two runs ago.

Proposition has won two of her four starts and is capable of improving on her fourth here latest.

SILVER TUNES ran her best race for a while when beaten two lengths here latest. She takes a significant drop in class today and has clocked much the quickest times in this field.

Stop War goes up in grade but with good reason after an easy victory over a mile here last time out. She has worked well since then and it will be interesting to see how she fares over this shorter distance.

Bucky’s Drama won well over this distance at Gulfstream last time and has gone well here before.

Honey Mug has been off a while but was last seen winning at Hawthorne and will be a threat if taking to the turf track.

KATIE FALOONA is in stall nine but has enough quality to make her presence felt. She didn’t get the run of the race last time having been beaten in a blanket finish two outings ago.

Upper Charlize Ds finished a place ahead of the tip last time but has an even worse draw in ten this time.

Mighty Electra was below par latest but earlier went close in a similar contest to this. This looks a weak contest even for the grade so she should be on the premises again from a decent draw in box four.

DAS DA ONE has been in excellent form over this sort of distance at Tampa with two wins followed by a fourth when he was taken on for the lead throughout. He takes a drop in grade today and has every chance from the inside draw.

High Rolling Dude ran better than fifth place suggests here last time against better rivals. He won well the last time he ran in this class and saves his best for this distance.

Guerreron had plenty in hand when winning here latest and should be competitive again.

DOUBLE DEEP won a similar contest to this over half a furlong further here last time out. It was all the more impressive because he was forced out wide before coming right away from his rivals. The yard has a strong record at this level and he looks the one to beat.

Karma King has been consistent this season and was again on the premises here last time out. He didn’t get the run of the race there and will be in the mix again.

No Choice can be a little hit and miss but he was in easy winning form the last time he ran over this trip and should be on the premises.