UFC superstar Cris Cyborg appears to have struck a bond with American actress Halle Berry after the pair were pictured together at a boxing event. 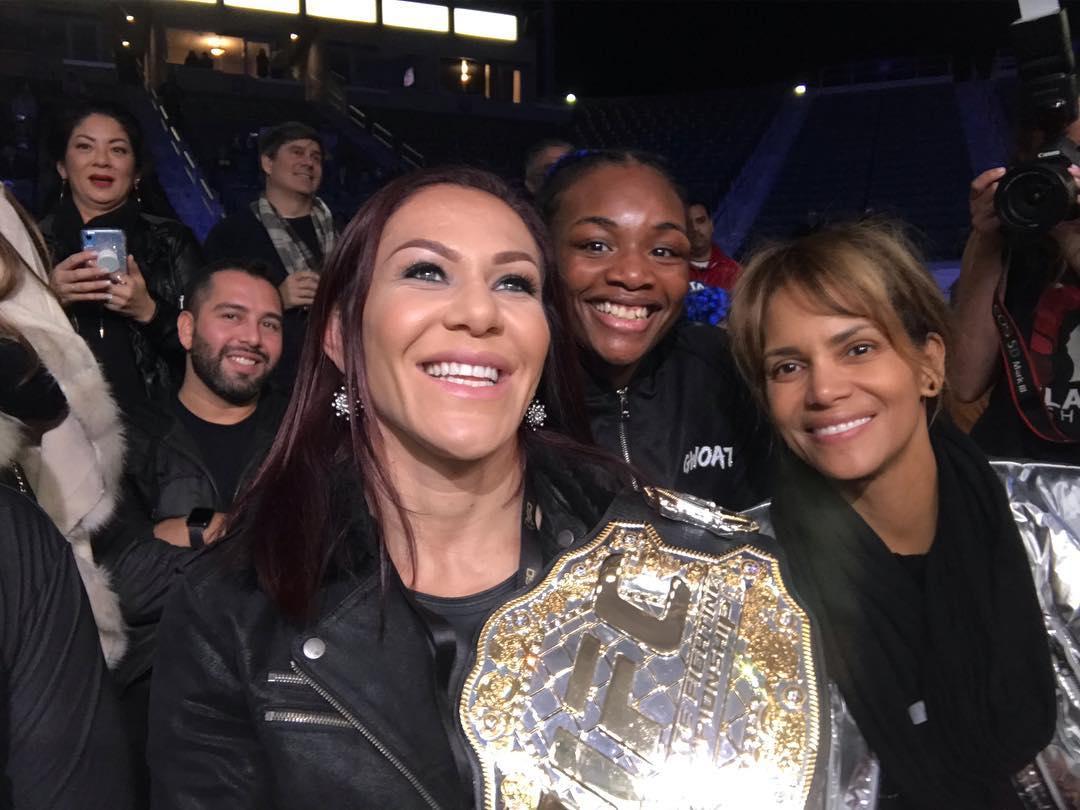 They even took a picture with Shields that was proudly showed off on social media by Cyborg.

Alongside a snap of the trio, she wrote: "#GirlsNightOut thank you @claressashields and @halleberry for making the last @hboboxing event such an incredible night of memories!"

Berry added: "Congrats on your win @claressashields… and thanks @criscyborg for the invite!"

Backstage with some of the baddest out there – congrats on your win @claressashields & @ceciliabraekhus and thanks @criscyborg for the invite!

The pair first struck a friendship when they were pictured together in Huntington Beach for an MMA training session.

It is believed Cyborg, who has lost just one out of her 22 MMA fights, is helping Berry train for two upcoming films.

Berry is set to star in 'John Wick 3' with the action thriller set to be released next May.

Cyborg, 33, is currently the UFC Women's Featherweight Champion and is ranked 11th in the pound-for-pound ratings.