DEONTAY WILDER will begin his quest to recapture the WBC world title when he goes face-to-face with Tyson Fury TONIGHT.

The heavyweight stars are set to fight for a third time on July 24 in Las Vegas. 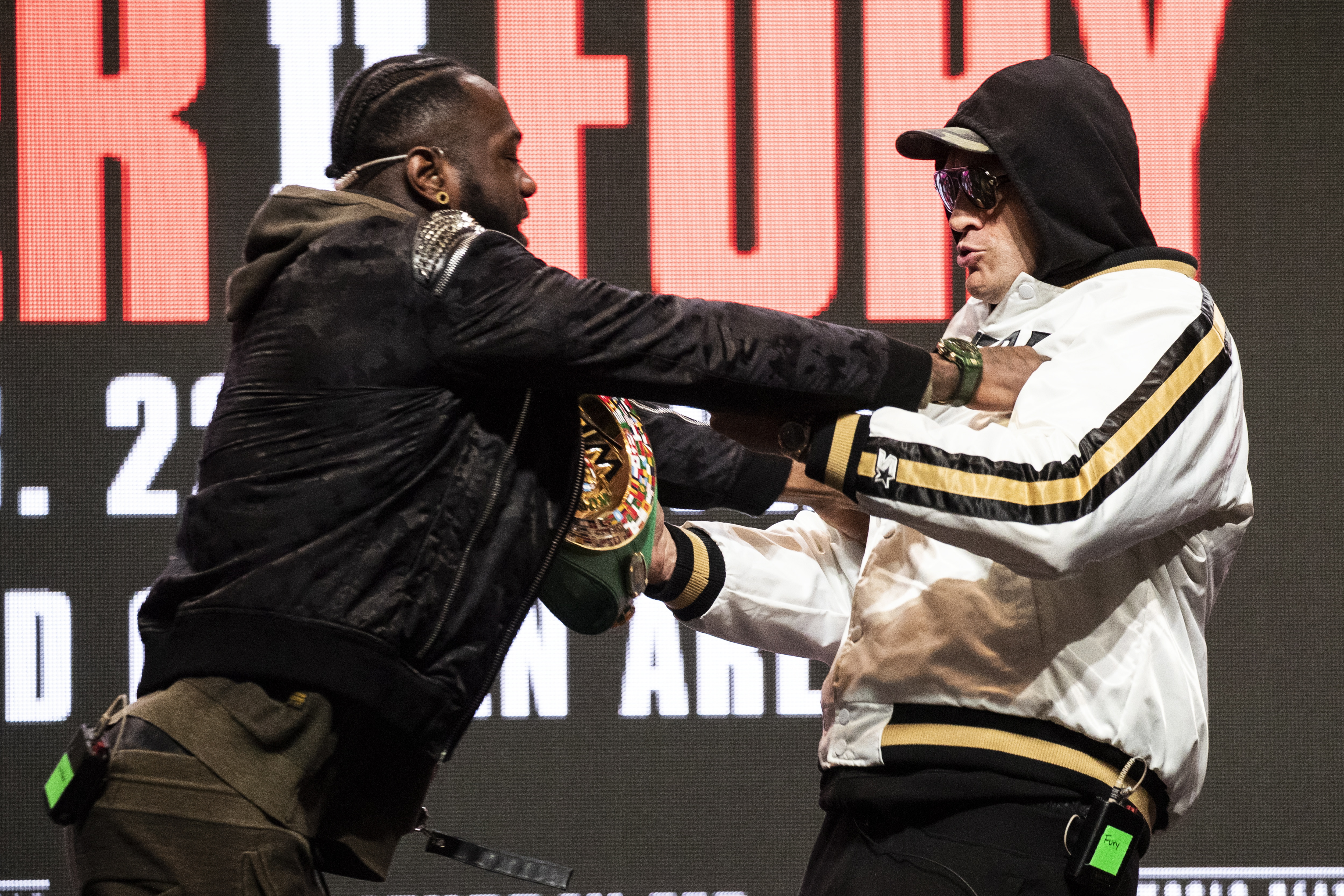 Up to this point, the build-up has been dominated by the Gypsy King's failed attempt at fighting Anthony Joshua and the court drama that rubber-stamped this third showdown.

But the bad blood between the fighters and Wilder's shot at salvation will take centre stage at a 9pm face-to-face on Tuesday night.

The one-sided contest was followed by continued sniping over the airwaves as the Brit took aim at Wilder's long list of 'excuses'.

Those included being exhausted by a heavy suit he wore for his ring walk and being 'betrayed' by his trainer.

However Wilder, 35, has since claimed that Fury cheated with the boxing world 'turning a blind eye'.

The Gypsy King has strongly denied the 'hurtful' accusations, which could rear their head again tonight.

The victory seemingly set Fury on a collision course with Joshua.

Yet a contractually-obliged trilogy clause has, after much wrangling, been activated.

Neither man has fought since their February 2020 clash, meaning a 17-month absence from the ring when the fight takes place.

But that will do very little to ease the tension that will be present when the fight is officially announced in Vegas.

Wilder's co-manager, Shelly Finkel, has already warned Fury that the American will be 'dangerous' in his pursuit of revenge.

He told Sky Sports: "The most dangerous person to be around is the one who has nothing to lose.

"He is definitely capable. Again, no excuses, he wasn't the Deontay we know in that second fight and we'll be looking to surprise the world.

"We're not really that surprised if it happens, but everyone else will and I honestly believe Deontay is going to stop him this time."