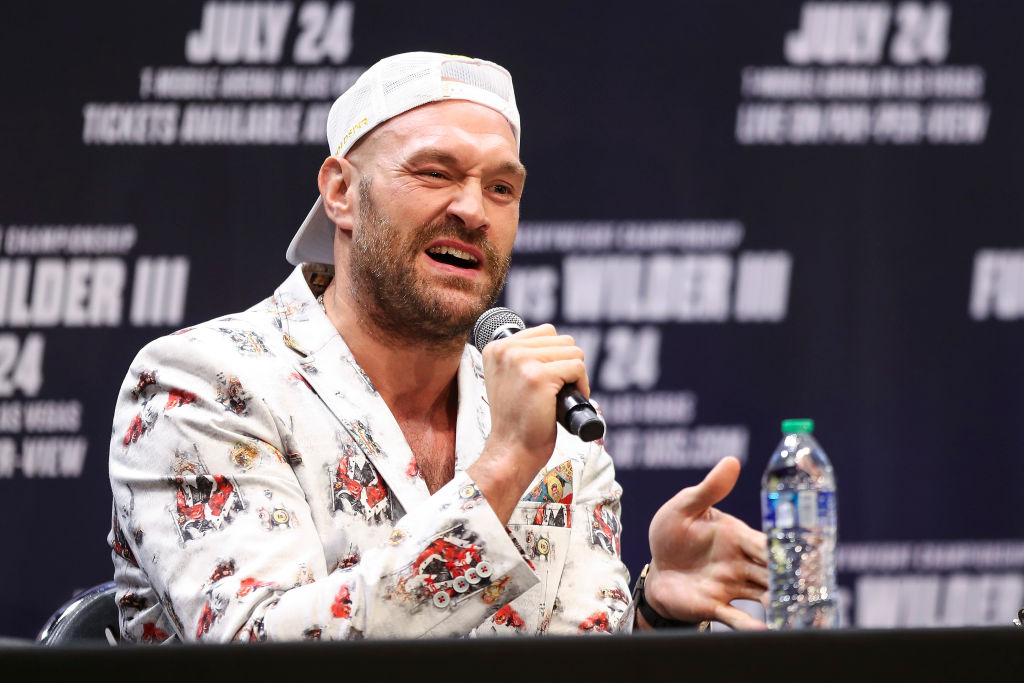 I genuinely think I may be addicted to James Bond. I’ve been hooked ever since, as a youngster, I gazed upon The Man With The Golden Gun, but the delayed release of No Time To Die has pushed me over the edge.

I’ve watched every Bond film in order in the run up to it and I feel like the moment has finally come to seek professional help.

Thankfully, for the time being, I can forget everything 007 and concentrate on boxing’s head-spinning heavyweight division after Oleksandr Usyk’s phenomenal win over Anthony Joshua at the weekend.

What an odd job AJ did, a kite blowing in a hurricane, a spectre of his former self, his may-day call only just answered by the final bell as his sky fell in around him.

As I said last week, even though I favoured Joshua, this was no David versus Goliath battle, and the Ukrainian boxed the living daylights out of the champion, an all-time high in his unbeaten career to date.

Usyk may be smaller, Leiter and with less reach but, make no mistake, he’s Mr Big now, and that rematch clause is only a quantum of solace to AJ.

Before we pass out with endless future possibilities, the mission is simple — it’s to Las Vegas next weekend where the old cliche ‘you only live twice’ applies to both Tyson Fury and Deontay Wilder, who face a trilogy fight.

Three is now ‘the number’, or as the French would say…

Anyway, Tyson is a big favourite and you can see why. His performance in the second fight was simply galore-ious, his front-foot Kronk-inspired metamorphosis going down in boxing history. Right now, in my opinion, nobody does it better. Put simply, Deontay Wilder needs to change his tune, otherwise the writing is on the wall.

New trainer Malik Scott reckons he will do just that, showing more ringcraft this time out, but there’s every chance he will, once again, be relying on that thunderball of a right hand to save him.

After Joshua lost his belts, I’m backing the Gypsy King to have a good night, keeping the British end up.

If he wins, as predicted, then what? Surely, he has to face the winner of the Usyk-Joshua rematch? If AJ finds sweet revenge, then it’s more simple but if he doesn’t, surely Fury will still dream of rattling his compatriot’s jaws.

The world is not enough for him. He’s a fighting man who will want to beat all-comers and announce himself the best of his generation.

The possibilities are dizzying. Imagine if Wilder pulls off the shock and that leaves him and Usyk to finger all the gold. Could you envisage Fury versus Joshua without a belt on the line?

The good news is, Usyk adds another layer to this division, so as long as these four continue to climb into a ring together, in whatever order, then we will be spoilt for choice.

Who says Christmas only comes once a year?

Fury has reinvented himself, now Wilder, then Joshua must do the same. They may be down today but, in boxing, tomorrow never dies. As a wise man once said: ‘Intuitive improvisation is the secret of genius.’

Small caveat. The various belts and federations mean that mandatory title defences will come into play. If not, belts will have to be given up. See Joe Joyce, for starters, and Dillian Whyte will argue that he deserves his own pressing engagement.

Either way, I struggle to see any looming fights in the upper echelons of the heavyweight division that aren’t going to be box office. So many are XXX-rated and for that I say thank you Oleksandr.

I’ll leave you with just one intriguing Question. In two years from now, just who will be onatopp of the world?