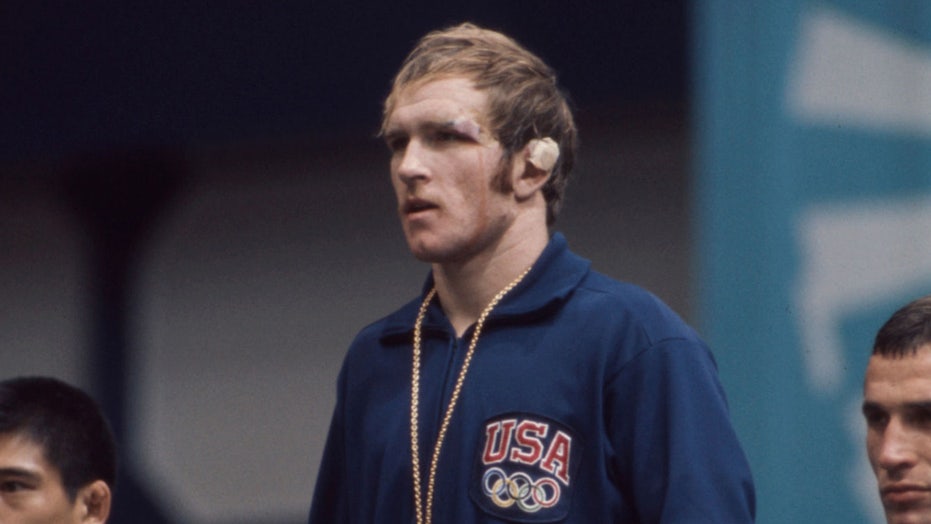 The White House announced Friday that Gable will receive the nation’s highest civilian honor. The president awards such honors to “individuals who have made especially meritorious contributions to the security or national interests of the United States, to world peace, or to cultural or other significant public or private endeavors.”

Gabe, 72, is believed to be the first person from the sport of wrestling to receive the honor.

"It was one of those emotional times, and I was looking at a picture of my family and it broke me up," Gable told the Iowa Hawkeyes athletic website, recalling the phone call he received about the honor. "It’s one of these things that when I walk around the yard and talk to myself, I might cry a little bit."

Trump initially made the announcement during an October presidential campaign rally in Iowa.

“Gable has left me a lifetime philosophy that I do not deviate from. My brother and I are keen on the lessons we learned from him,” former Olympic wrestler and current Iowa coach Tom Brands said in a statement in October. “That will never change. This award is awesome because it puts Dan Gable in context and brings him back front and center. Gable was a winner. He did not lose. He won nine straight national championships, as many as John Wooden. The stratosphere that those two guys co-exist in is unheard of, and I am reminded every day when I see his statue. Those memories are strong with me. The bedrock of Hawkeye wrestling will always be Dan Gable, and especially when Tom and Terry Brands are running the program, because we cut our teeth right here.” 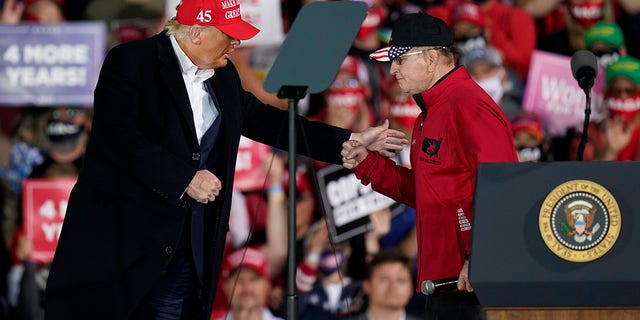 Vice President Mike Pence and Republican Iowa Sens. Chuck Grassley and Joni Ernst were on hand for the ceremony.

Rep. Jim Jordan, R-Ohio, was also seen at the ceremony.

Gable is widely considered to be one of the greatest American wrestlers of all time. He attended Iowa State from 1967 to 1970 and was a two-time national champion and a one-time runner-up. He lost only one match in that span – the final match of his final season.

LOU HOLTZ ON RECEIVING PRESIDENTIAL MEDAL OF FREEDOM: 'NOBODY IS MORE APPRECIATIVE THAN ME'

He also won a gold medal at the World Wrestling Championships in 1971.

After his career was over, he coached at the University of Iowa from 1976 to 1997. His Hawkeyes were 355-21-5 during his time as a coach. He coached 15 national champions and 21 conference champions. He also was the head coach of three U.S. Olympic teams and six world teams. 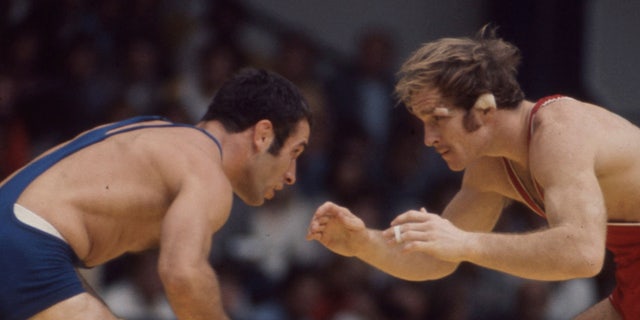 Ruslan Ashuraliyev, left, and Dan Gable compete in the Men’s freestyle 68 kg wrestling event at the 1972 Summer Olympics / the Games of the XX Olympiad, Messegelände. (Photo by Walt Disney Television via Getty Images)

“Gable has inspired thousands of athletes in Iowa, the United States, and the world. Today, Gable still resides in the Hawkeye State with his wife, Kathy. He is an author, motivational speaker, father, and grandfather,” the White House said in a statement last week.