Fox Sports reporter James Hooper is expected to offer an on-air apology today to the man who last week quit the Triple M program they hosted together – Anthony Maroon. The apology will come as secret moves are already being made to move Maroon’s replacement, Tony Squires.

Maroon’s walk-out last Sunday has thrown the entire show into chaos, with the network insisting it doesn’t condone on-air harassment while keeping co-hosts Hooper, Paul Kent and Gorden Tallis on the show.

It’s unlikley Hooper’s apology will mean much to Maroon.

Veteran presenter Squires has climbed into the chair at short notice to replace Maroon but, in a bizarre move, the hosts of the show have reached out to Gus Worland to step into the role. It remains to be seen if Squires is given as rough a ride on air by Kent and Hooper, whose constant jibes led to Maroon’s on-air walk-out. 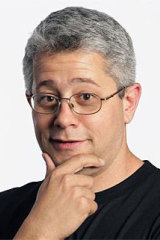 Given Squires was not their preference, he will be walking into a show weighed down by Maroon’s exit and a lack of public contrition from the hosts, which contributes to the view the station condones the behaviour that caused Maroon such distress. To approach Worland is tone-deaf. He is an ambassador for men’s mental health and stepping into that environment would be a bad look.

There’s a school of thought that says the best solution would be to give Maroon his slot back and allow him to control what happened from there. He is the out-and-out star of the show.

Maroon says Triple M has offered him support as he deals with this issue. The network has the likes of Brent Read and Emma Lawrence in their stable already, as well as Benji Marshall and James Graham if they needed a fresh start.

For those who have not followed the drama, Maroon – one of the nicest people in the league industry – walked off the show mid-broadcast last Sunday after being badgered about suggestions the ATO needs to look into his affairs.

Maroon said on air he’d asked them repeatedly to stop that line of conversation and revealed he had complained to management about it. We contacted the previous head of football at Triple M, Brad McNamara, and the current one, Ewan Giles, to get clarity on that. We were directed to Triple M head of PR Janna Hocking, who referred us to a generic statement issued by the network.

This column has reached out to all mentioned but there’s been no comment. Hooper and Kent were contacted but offered no comment. Kent is not expected to join Hooper in apologising to Maroon. It’s understood he has been more concerned about Hooper’s wellbeing.

There have been suggestions that Hooper would take a break from his role. That was denied by the station when I put that to them. Hooper has been targeted by his own organisation, News Corp, who has laid much of the blame at his feet.

That’s quite remarkable, given he and Kent went at Maroon with equal delight. Hooper and Kent failed to read the room equally. They even continued to bag Maroon after his walk-out, thinking it was a joke. 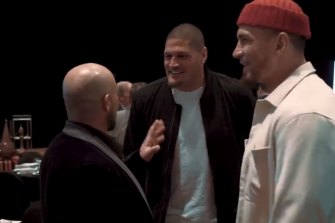 The Bulldogs are privately fuming that the NRL snubbed their inaugural Iftar dinner last weekend and say league has fallen miles behind the AFL when it comes to supporting the Muslim community.

The Dogs spent two months planning the Iftar dinner – the evening meal taken to break the daily fast in the Islamic holy month of Ramadan – which was held after the win over the Roosters at Accor Stadium. Hazem El Masri and his wife, and Bulldogs community manager Fayssal Sari, did much of the hard work behind the scenes.

The Dogs say that they extended invitations to the game’s leaders, including NRL officials. Their absence was taken personally by the organisation and the organisers.

Bulldogs officials have told me the AFL have helped fund a similar dinner hosted by the GWS Giants for the past seven years in a sign of how importantly they view the event and the Muslim community.

El Masri was diplomatic when approached for comment about the snub. “I’ll say it like this,” he said. “I don’t want to focus on who was not there. We were hoping the game’s bosses, or anyone from the NRL would be there, and we extended invitations to them.

“We are hoping that they will find time for it next year because we were very proud of what we delivered. It’s not an Arabic or Muslim thing, in my my eyes.

“This was a community event. It was a way of breaking bread and making everyone welcome. We had people from all faiths there, and we want to do this to showcase the Bulldogs as an inclusive club.

“The NRL have their multicultural rounds and they are all about inclusion in those kinds of things … well, this is it in action. This is reality and are proud of it.” 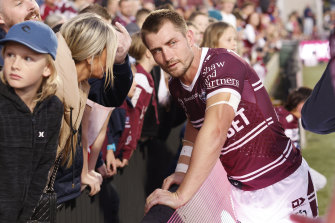 Kieran Foran after the Sea Eagles’ big win at 4 Pines Park on Saturday.Credit:Getty

Foran to take Titans deal, but kids a concern

Last week, we suggested the Titans would be part of the Kieran Foran mix. Not surprisingly, they have now come in for the veteran Manly five-eighth with a two-year deal worth $750k a year.

We revealed that Manly’s cap would be tight and that Foran would likley be squeezed out. Foran was shopped around but the Titans were the only side that made a firm offer for two years.

Foran and his wife have family in Queensland, and what he is really after is a job post-football. He was promised one by agent Chris Orr in his pitch to secure him as a client.

The issue for Foran is his young kids, who live in Sydney. It would be rough on him, and them. It’s a huge decision, and it will weigh on him in the last phase of his career on the Gold Coast.

The NRL may not be as tone-deaf as I painted them last week over the hard-to-fathom call to play Origin in Perth this year. It’s an awful move, given the way Western Australia dealt with the rest of the country during the height of COVID-19.

It turns out the NRL did make some subtle enquiries about getting out of the Perth commitment, but it would have been a legal nightmare. 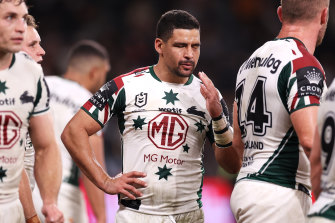 Rabbitohs playmaker Cody Walker has been feeling the pressure on and off the field recently.Credit:Getty

No matter how minor the Cody Walker wrestle was last weekend, it is a problem for Souths and their coach Jason Demetriou. The club knows it. They went all in on Walker when they let Adam Reynolds go.

Souths are copping it for that, and after the loss to the Broncos, this won’t help. He doesn’t need this column to tell him he is more than just a player at Souths – he is an admired leader and a man of significant standing.

He is yet to find the consistent magic he had with Reynolds, and Souths are just scraping by now. He doesn’t look content on the field and is reacting to jibes from rivals. Souths need a focused and firing Walker in a hurry.

It’s no secret at Fox Sports that there is growing tension between presenters Jess Yates and Hannah Hollis. And it’s all to do with who gets to host the prestigious Friday Night Footy shift.

Yates made her name at the network with motor sport but has proven equally strong in the NRL even though it’s not her bread and butter. Through research and hard work she has made the transition well.

With Yvonne Sampson on maternity leave, Fox bosses had to do a reshuffle. Hollis was moved on to another strong product in netball. While we acknowledge what a great sport netball is, it’s a long way from the big-ticket item at Fox, the NRL. But Hollis was told she would return to NRL and has held bosses to that, which means Yates is on the lesser Thursday night role which has no post-game presence because of the Matty Johns Show.

Yates is more experienced and more of an all-rounder but the high-profile Friday night gig has gone to Hollis, seen as a rising star by Fox bigwigs.

There are clearly too many presenters at Fox. Lara Pitt also has a lead role there, while their best host Sampson is on maternity leave. Sampson holds the on-air team together. There will need to be further shuffling of the roles when she returns. It will be interesting to see who misses the cut when Sampson decides to come back.

Dolphins all at sea

Wayne Bennett is the only thing the Dolphins have going for them at the moment. The club is privately telling people they really need another 12 months to be ready for their NRL debut. There is a real “South Queensland Crushers” stench about them now. The NRL are privately concerned but will never admit as much in public.

The leaking of a text conversation between their head of recruitment Peter O’Sullivan and Kalyn Ponga’s dad, Andre, really damaged the club’s credibility.

Nine is to release a fantastic series of podcasts called Stories Of Origin. One fascinating tale describes how sponsor Mark Bouris tried to entice Andrew Johns into playing in 2007. Johns had retired that year due to a bulging disc in his neck.

Johns said: ‴⁣⁣I dunno, mate. Let me just see how I’m going, cause the body was breaking down bad’.

Gus a definite plus

For all those bagging Gus Gould over his involvement in a Bulldogs training session, ask yourselves this: if he put himself on the market as a coach, how many clubs would start investigating signing him?

It would be close to 85 per cent. His agreeing to help Trent Barrett out should be viewed as a sensible move, not one to kill the coach off.

Stream the NRL Premiership 2022 live and free on 9Now.