TOTTENHAM'S Dejan Kulusevski appeared lucky to stay on the pitCh during their shock Premier League loss to Brighton.

The Seagulls won 1-0 thanks to Leandro Trossard's late winner on the 90-minute mark against a Spurs side who could have been playing with ten men. 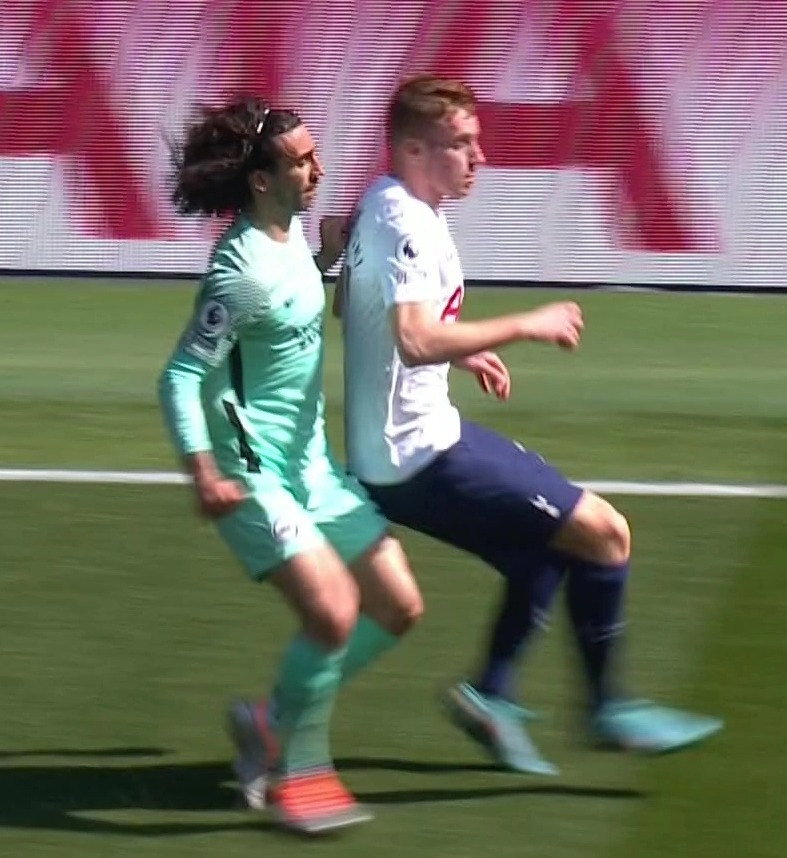 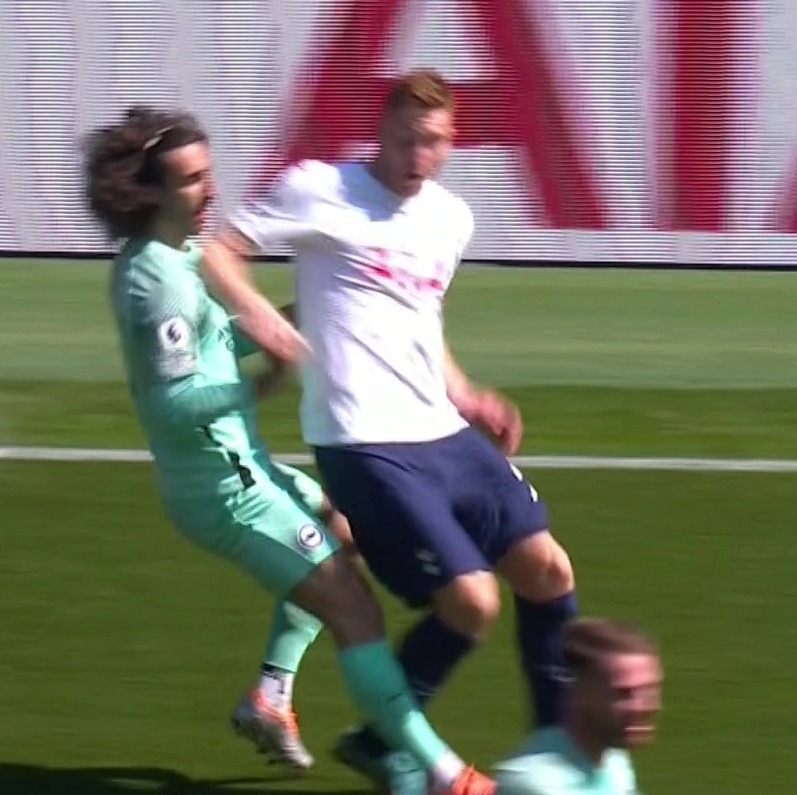 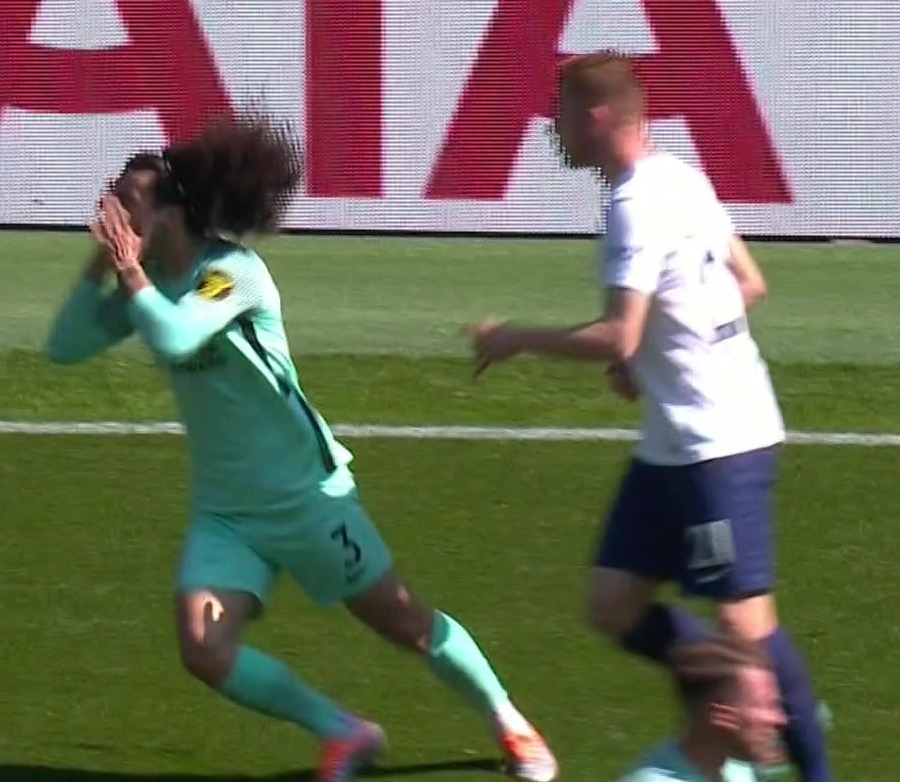 Kulusevski appeared to have elbowed Marc Cucurella in the face during a challenge earlier on.

The Juventus loanee gained possession of the ball in midfield and passed it back to his defence when Cucurella bumped into him from behind.

The Sweden international didn't take it well and angrily turned around when his elbow connected with the Brighton ace's face.

The Tottenham star was given a yellow instead of a red card, which sparked fury on social media. 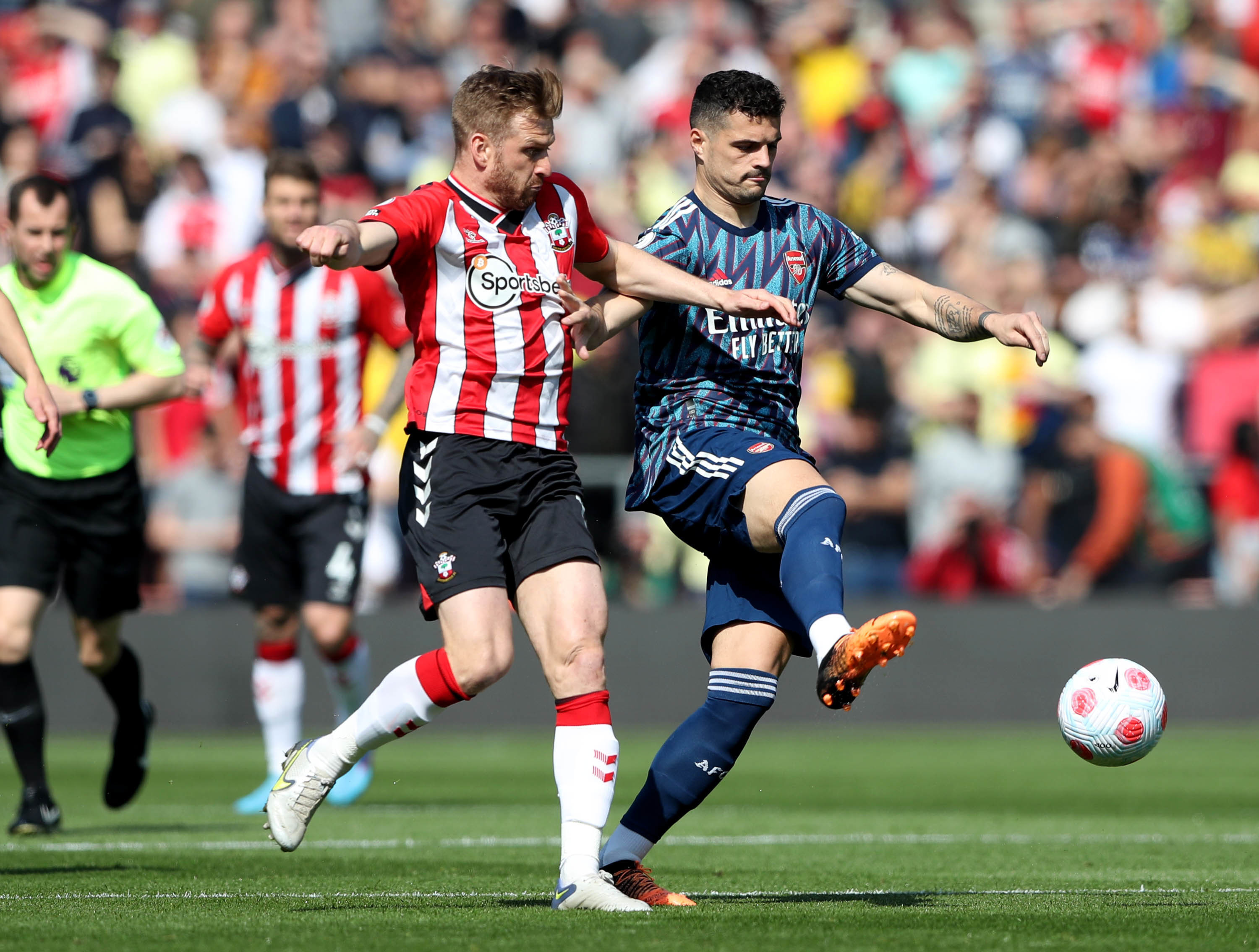 Some fans believe Kulusevski should have been given his marching orders.

Another posted: "As a Spurs fan I believe that should have been a red!! Lucky to be on the pitch!!"

And a third tweeted: "It’s scandalous that he’s still on the pitch."

Former Tottenham ace Jermaine Jenas agrees Kulusevski should have been sent off.

Jenas told BT Sport: "No, I think it’s a red card. I think he is attempting to use force, which comes under the ruling of violent conduct, he is trying to elbow Cucurella in his face.

"This is subjective to the referee and how he sees or reads it. The issue I had is I don’t know how he has not seen that as attempting to hurt somebody, which would come under the violent conduct rule, and be a straight red card.

However, the decision didn't cost Brighton as they still managed to snatch the three points in a significant blow to Spurs' top four hopes.