THE Argentina fan who risked jail by going topless at the World Cup final has revealed she has safely fled to Europe.

Noemi Gomez sparked fears for her safety after she was spotted on live TV stripping off to celebrate Argentina's dramatic penalty shootout win over France. 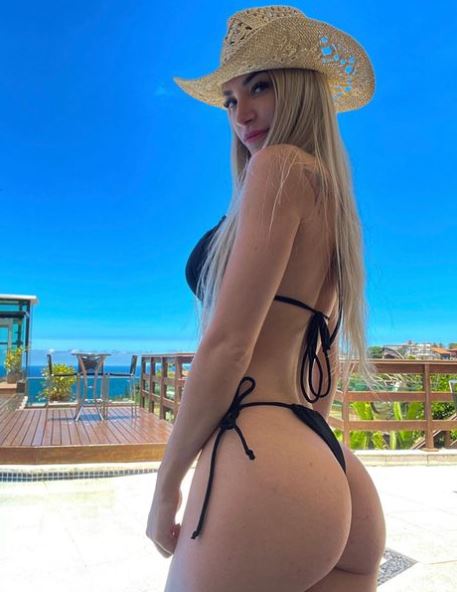 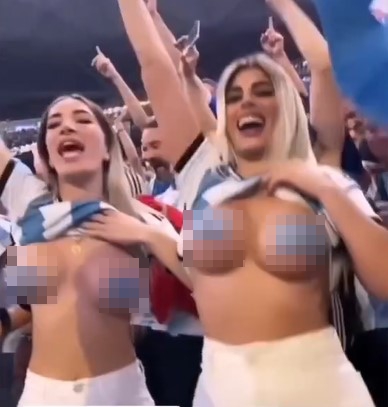 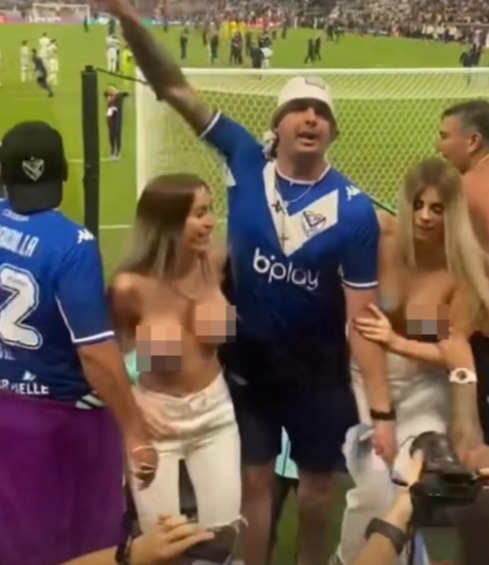 Noe and her pal Milu Barbiie – who also flashed her bare boobs – were reportedly escorted from the stadium.

Their antics broke strict laws in Qatar and there were fears they had both been thrown in jail.

However it emerged both women were able to board planes to leave the Gulf state.

Noe assured fans she was safe as she posted updates on Instagram last night.

Read more on the topless fan 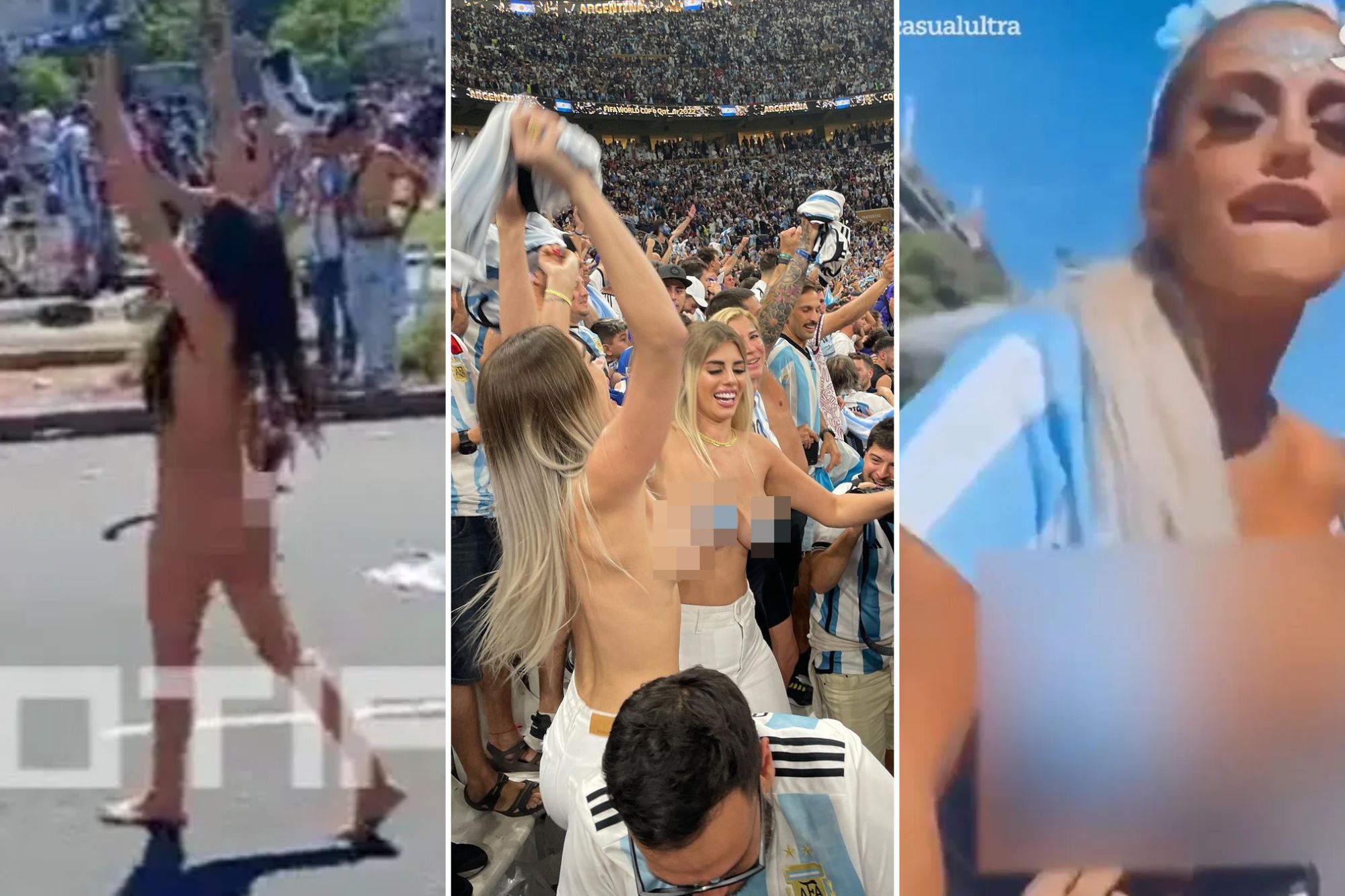 She said: "I managed to escape Qatar and find refuge in the European Union."

Her latest post shows her poolside in a thong bikini with the cheeky caption "Hola campeones" – hello champions.

It is not clear which country she is in, but her pal Milu filmed herself walking in Madrid yesterday.

Noe appears to be revelling in her newfound fame and has renamed herself "La chica del topless" on social media – The Topless Girl.

Arsenal held to draw by Luton as Xhaka, Saka and Ramsdale start friendly

NAME OF THE GAME

She and Milu each has more than 100,000 followers thanks to their Cup final stunt.

Millions watching around the world saw them flashing their chests as fans celebrated the winning penalty on Sunday night.

The two women are seen facing the cheering crowds and celebrating with their tops off.

And another clip showed her and her pal whipping their tops off outside in the street while having a photo with grinning fans.

In another video, Noe and her pal can be seen getting ready before the game.

Two men can be seen painting the blue and white Argentina flag over their nipples.

Noe revealed they had agreed to go topless if Argentina won and "had to keep our promise" despite the risk of jail.

She said they were not arrested by authorities in Qatar – even after flashing fans outside the stadium.

Noe later posted a photo of her boarding a plane – and wrote: "Start the ship at once before they come pick me up."

In another post commenting on the World Cup, she wrote: "Finished the best trip of my life."

Glam footie fans risk being slapped with huge fines – or even put behind bars if they flash too much flesh in Qatar.

Non-Qatari women don't need to wear the abaya – the long, black robe-like dress worn by women in parts of the Muslim world.

Women travelling in to the Arab nation are also banned from wearing any tight clothing, or flashing any cleavage.

Fotball Wags were advised to wear a scarf to help cover their busts. 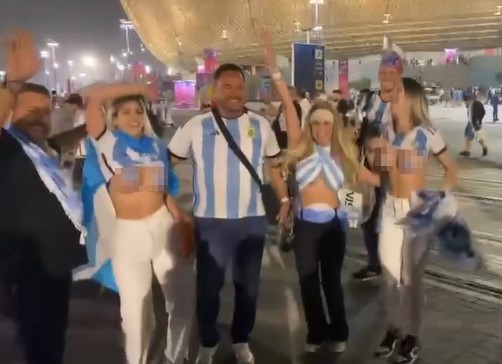 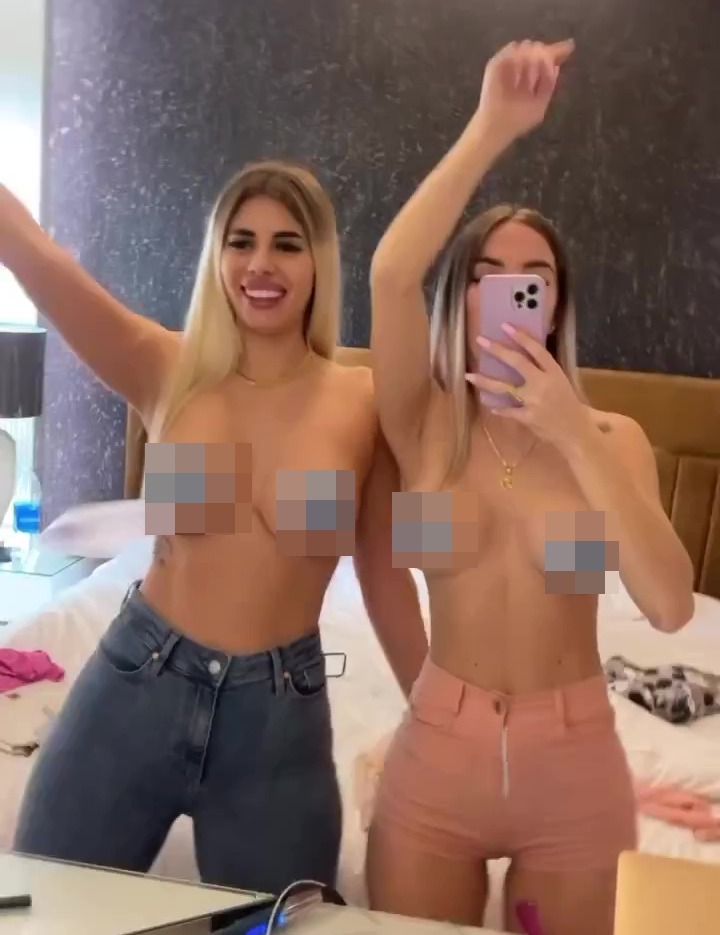 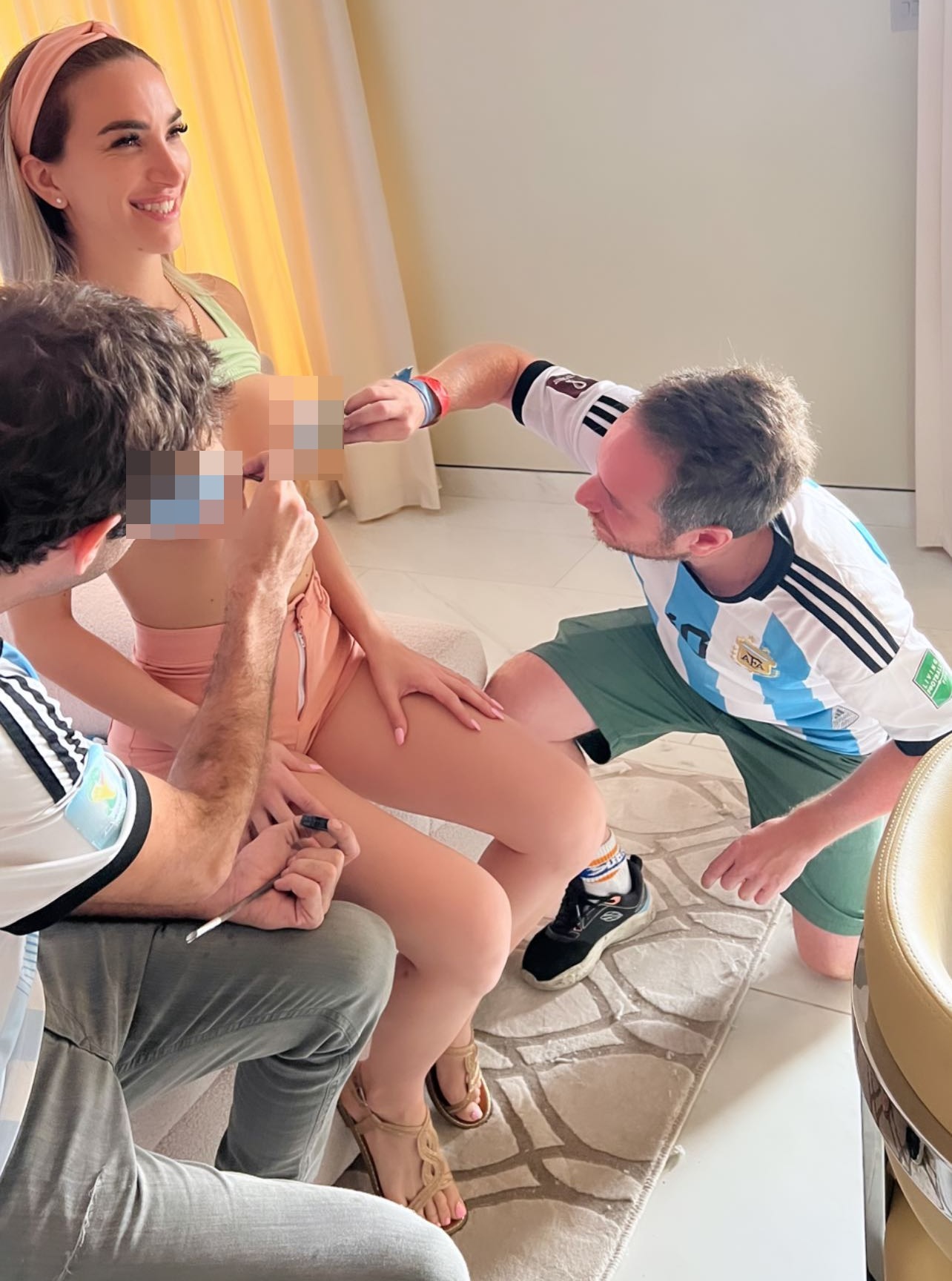 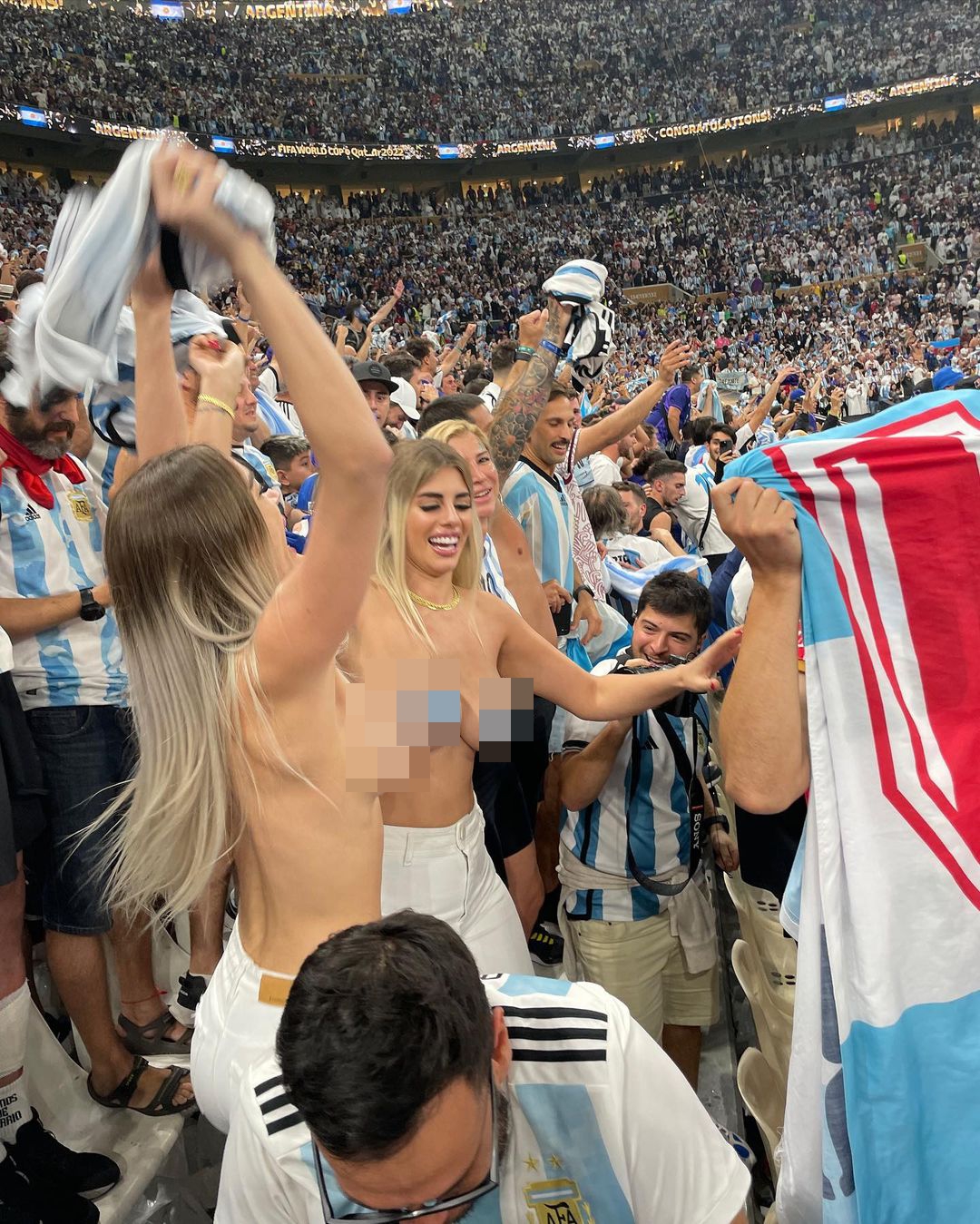 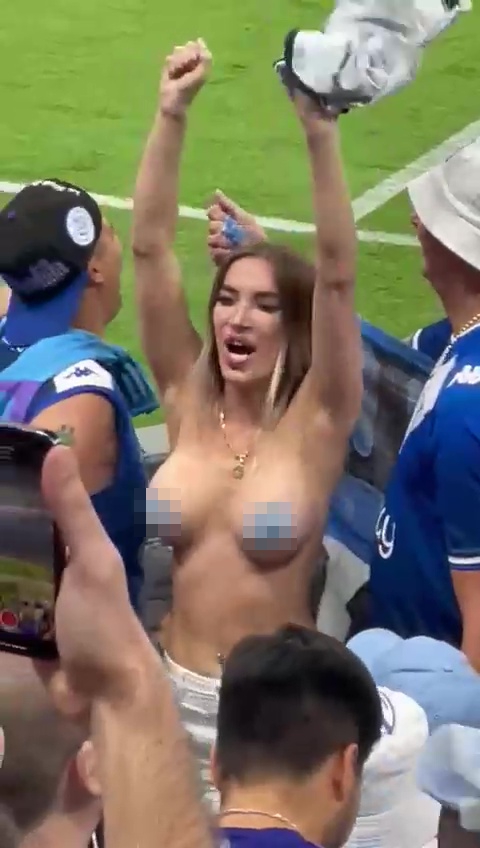 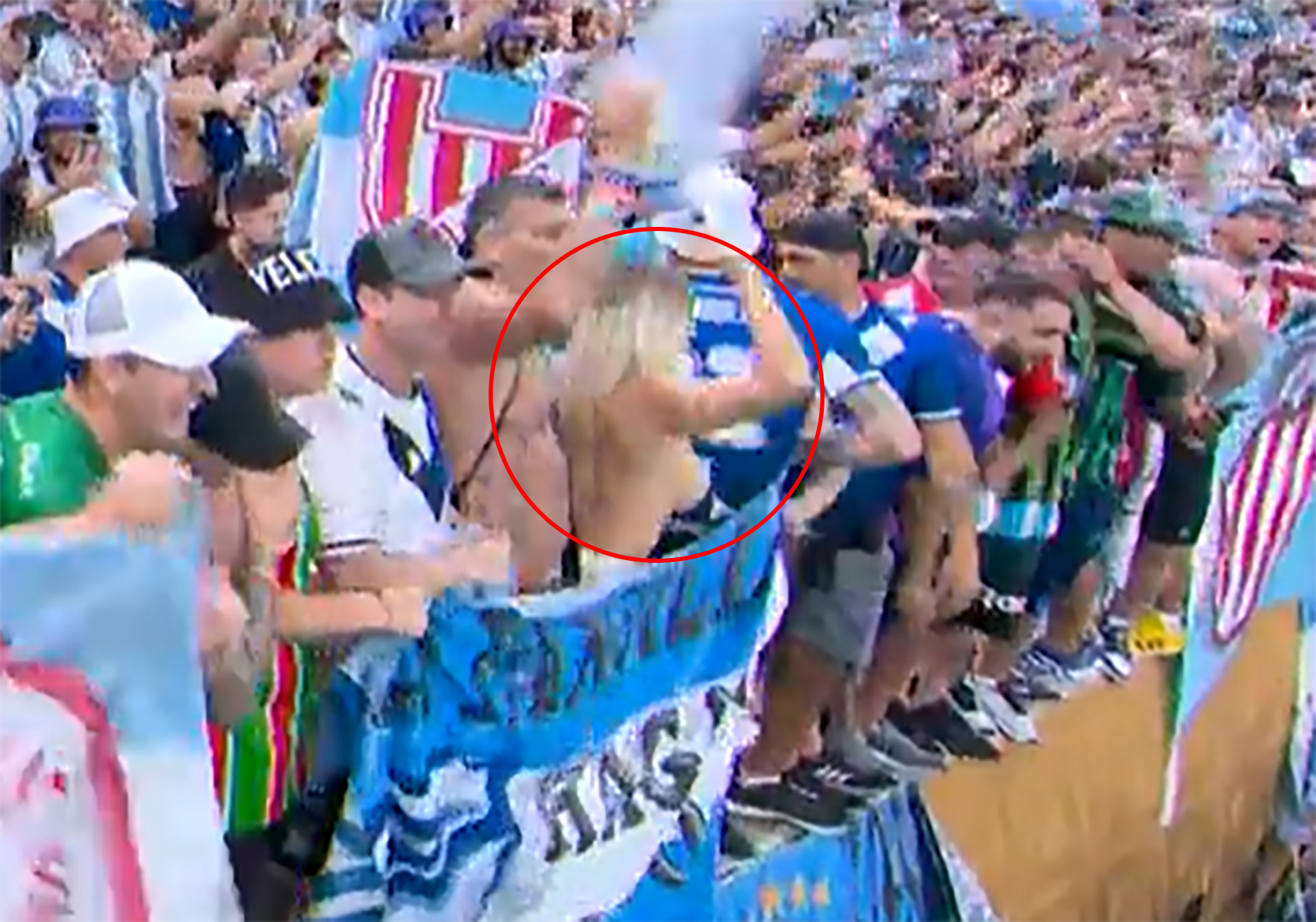