Tom Brady shared a heartwarming moment with a young Tampa Bay Buccaneers fan as the team was closing out a victory over the Chicago Bears Sunday night.

The 44-year-old Buccaneers superstar approached a young boy who was cheering for him and gave the kid his hat. The boy broke down in tears. According to WFLA producer Rob Pandolfino, the boy was holding a sign that said the quarterback helped him beat cancer. 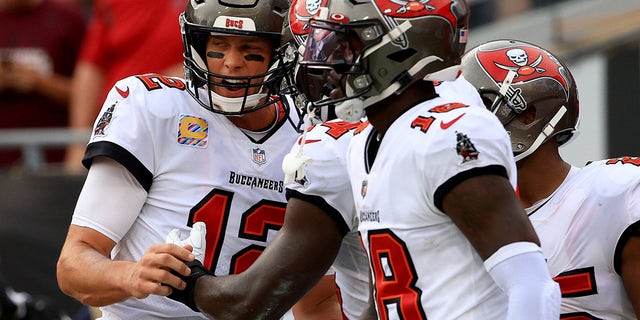 Tom Brady (12) of the Tampa Bay Buccaneers celebrates with teammates after scoring a touchdown in the first quarter against the Chicago Bears in the game at Raymond James Stadium Oct. 24, 2021 in Tampa, Fla.
(Mike Ehrmann/Getty Images) 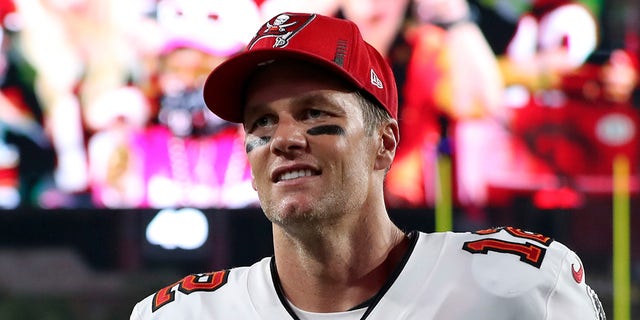 Tampa Bay Buccaneers quarterback Tom Brady (12) smiles as he runs off the field after a game against the Chicago Bears Sunday, Oct. 24, 2021, in Tampa, Fla.
(AP Photo/Mark LoMoglio)

Three of the four Brady touchdown passes went to Mike Evans. The star wide receiver had six catches for 76 yards. Chris Godwin led the Bucs with eight catches for 111 yards and had the other touchdown catch. Leonard Fournette gained 81 yards on the ground on 15 carries and scored a touchdown.

Godwin caught Brady’s 599th touchdown, and Evans scored No. 600. Evans mistakenly gave his touchdown ball away to a fan. It appeared Evans didn’t realize that his touchdown catch was Brady’s 600th, and he handed the ball to a Bucs fan sitting in an end zone seat at Raymond James Stadium. The fan appeared elated. 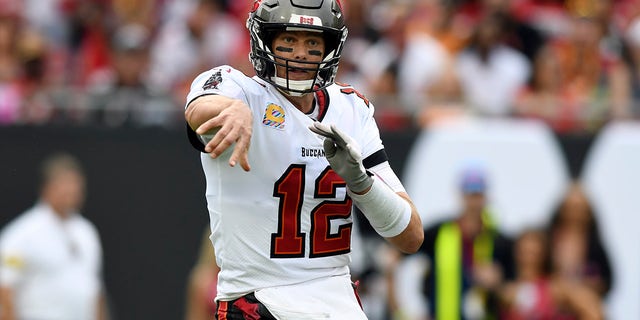 Later, a Bucs crew member approached the fan and appeared to strike a deal to get the ball back. The man did give up the ball in exchange for some signed memorabilia. The ball could be worth $500,000, according to Ken Goldin of Goldin Auctions.