Buccaneers quarterback Tom Brady spoke on Thursday to correct the record and re-affirm his commitment to play this whole season for Tampa Bay amid speculation surrounding his future.

Former NFL quarterback and current analyst Chris Simms claimed a few days ago that Brady could be in for a mid-season retirement amid a myriad of off-field issues alongside an uninspiring 3-3 start.

Brady spoke to reporters on Thursday and joked that he was arriving to announce he would be stepping aside, before addressing the rumors seriously.

‘That’s really why I’m here. I’m here to announce finally… you guys pushed me to the brink,’ Brady joked.

He then continued: ‘I love the sport, and I love the teammates, and I want to go do a great job for this team like I always have. No retirement in my future.’ 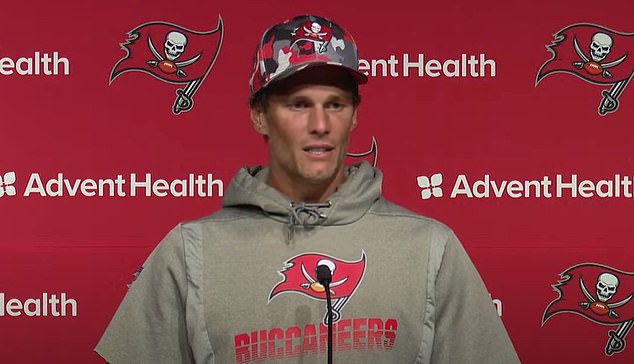 It hasn’t been the most buttoned-up football-focused season of Brady’s career so far.

The future Hall of Famer started by missing eleven days of training camp for ‘personal reasons’ – with many speculating that Brady’s decision to come out of retirement was putting a strain on his marriage to Gisele Bundchen.

Bundchen, 42, and Brady, 45, have reportedly hired divorce lawyers 13 years after saying ‘I do’ in 2009, according to multiple reports.

The supermodel, who has not attended any Bucs games this season, took the lead on hiring an attorney and the NFL star followed while ‘figuring out what to do,’ according to People. 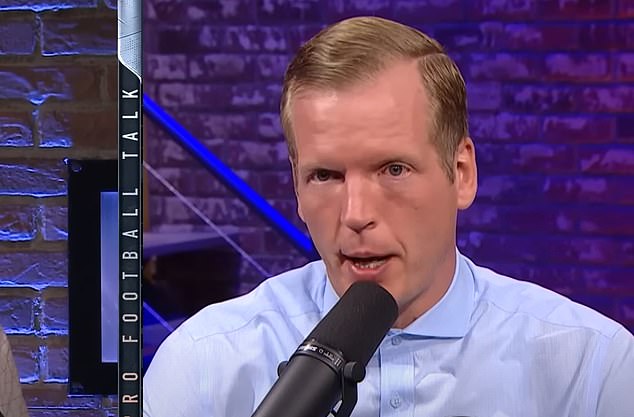 Since rumors of the tensions between the pair first emerged, multiple reports claimed that Brady’s decision to U-turn on his retirement earlier this year was the trigger for their marital problems.

He had initially quit, in part, to focus on his family – as he vowed to spend more time with them since Gisele ‘deserves what she needs from me as a husband, and my kids deserve what they need from me as a dad.’

Many believed that Brady’s return became a point of contention for Bundchen. However, their rift is completely unrelated to the former Patriots’ star’s football career, DailyMail.com previously confirmed. 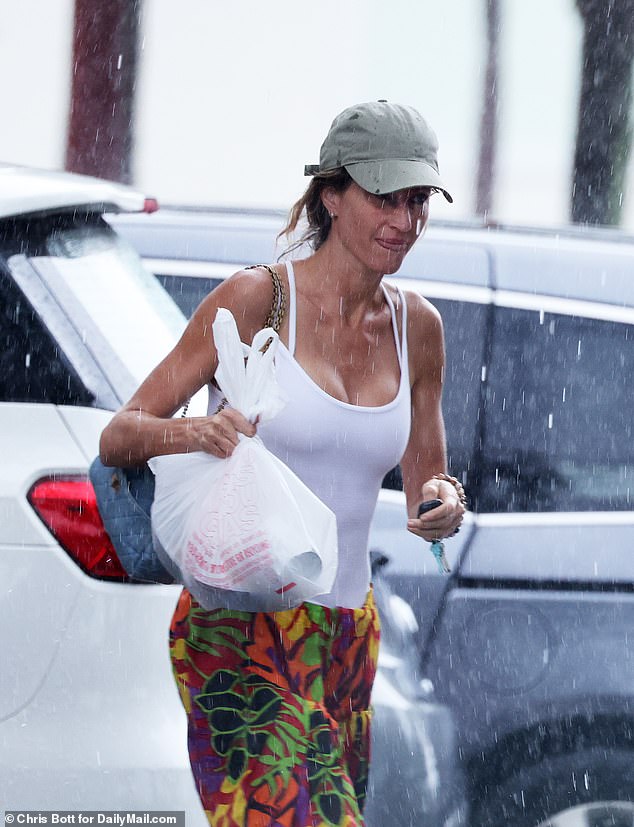 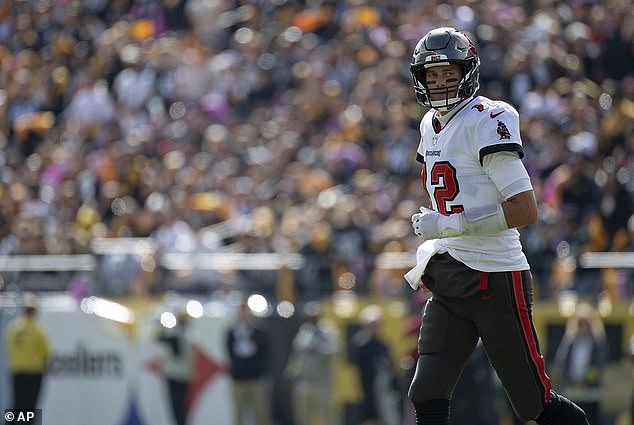 The couple has two children together — a nine-year-old daughter, Vivian Lake, and 12-year-old son Benjamin Rein – in addition to Brady’s 15-year-old son Jack, who lives with his mother, actress Bridget Moynahan, in New York.

Amid the reported marital woes, Brady is not having a vintage season by his sky-high standards.

Despite taking care of the ball (he’s thrown just one interception), the former Patriots quarterback has just one game with multiple passing touchdowns.

He is also averaging just 6.7 yards per attempt, which would be the third-lowest mark of his career over a full season.

Brady and the Bucs travel to Carolina to face the Panthers on Sunday.