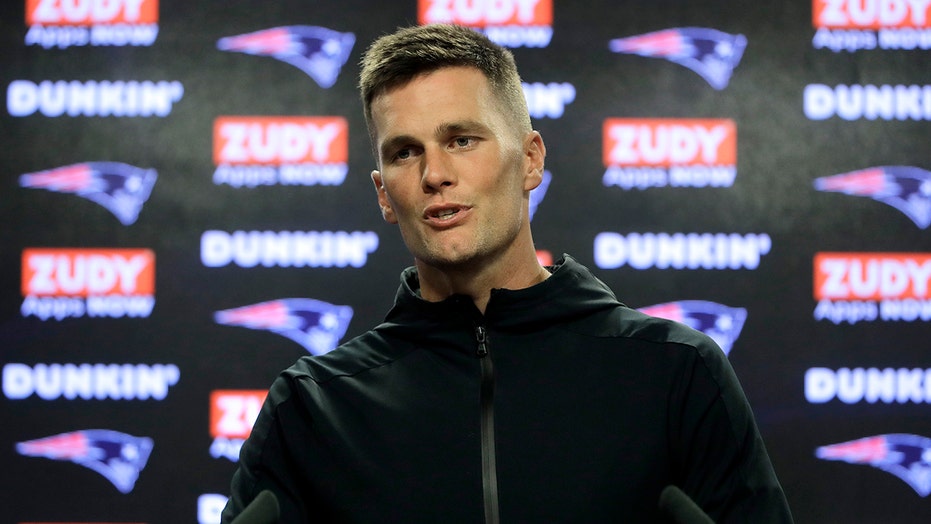 Tom Brady addressed potential dark clouds on the horizon in his NFL future amid a theory that surfaced about his potential departure from the New England Patriots.

Brady, 42, acknowledged in a radio interview Wednesday that he doesn’t know what the future holds. He said there will be a time when he will come to a point where he has had “enough,” but those decisions will be coming at the “appropriate times.”

“That is the great part for me, I don’t know,” Brady told WEEI's "The Greg Hill Show." “I think that has been a unique situation that I have been in because I think when you commit to a team for a certain amount of years you kind of feel like [there is] the responsibility to always fulfill the contract."

He added: “For me, it’s been good because I am just taking it day-by-day and I am enjoying what I have. I don’t know what the future holds and the great part is for me, football at this point is all borrowed time.”

ESPN’s Adam Schefter noted earlier this week that Brady’s contract is up at the end of the 2019 season and that he and his trainer, Alex Guerrero, have put their respective homes on the market. Schefter attempted to connect the dots about the Super Bowl-winning quarterback’s future.

“Let’s boil this down to the basic facts once again,” Schefter said. “Let’s look at some simple things: Has he put his home for sale? Yes. Has his trainer put his home for sale? Yes. Has he set up his contract to void after this season to become a free agent? Yes. So if he’s selling his home and his trainer is selling his home and he’s voiding his contract? What does that tell you? He’s setting up to move on.”

Schefter added: “There are many times people set up things in their lives to move on and they walk to the abyss, look down and say, ‘Whoa, I’m not jumping now.' So he could change his mind.”

Schefter didn’t clarify what “move on” meant. Whether it means to move on from the Patriots or move on from football altogether was unclear.

For what it’s worth, the New York Post reported that he was looking to bring his health and wellness brand to New York.